On August 8, 1956 the Department of Architecture contest called blueprints for the building of the Civil Government to build on land donated by the city in 1955. In the contest referred to the limitations presented by the solar curve as well as the required unit composition of the facade facing the square ledge which should not be less than 21 meters high.
After an initial selection of five, it was unanimously agreed to award the first prize to the project with the slogan Ana, Alejandro de la Sota.

This was a building representative of the central government, according to the division of Spain into provinces, autonomous regions before.

Between 1985 and 1987 Alejandro de la Sota conjunction with Josep Llinás, restored the building.

The Civil Government building in Tarragona, was raised on the grounds that the City gave to the city for the expansion area, specifically in the new Plaza Imperial Terraco, the number 5, in Tarragona.

This square was located at the junction of the road Rambla de Lleida, link to the new bridge over the river Francolí, growth focus of the city from the sixties.

Following the contest, the project by the architect Alejandro de la Sota was intended to develop administrative activities while providing housing for the inhabitants of Tarragona.

Current regulations in those years and the necessary use of natural stone ashlar were the other key elements in the analysis and subsequent singular development.

The jury’s decision contrasted with other contests in which more conservative proposals were chosen. According to Sama Gonzalez, governor in 1958, in architecture as in all the arts, is necessary fidelity to the era, and in this sense, the bold lines of the new building responded to modern tastes and needs.

The Civil Government building in Tarragona has become one of the flagship projects of the architect and an outstanding work that has not lost architectural interest over the years, but instead has achieved greater appreciation among architects, historians and national and international critics.

De la Sota managed, through careful differentiation volumetric composition of a facade study, the use of advanced materials used in its natural essence, the ultimate definition of furniture and finish of the interior, a complete work considered a landmark of modern architecture.

Decomposed into blocks according to use and is constituted according to the building, the representative with axes required, the housing with informality, breaking axles.

In the words of the architect, the work was the result of the symbiosis between the type of “administrative building and official representation” developed traditionally horizontal, ground floor and first floor, occupying the entire surface of the solar and vertical type a ” block of flats “.

Residences overlooking the square
Differences are used architecturally program. It creates a very defined and neat building on modules of 6 x 6 meters. Neatness means very close to the representation and management.

The whole building carved and polished marble. He tried unsuccessfully to build the same project in a more logical location.

Regarding the use of marble in that time, said Alejandro de la Sota:
“I built the building in Tarragona Civil Government. There were times when we played pobretería architects: planks, lauralita, the plaster daubed matured to other materials that precisely because nobles, were unacceptable… Ah! But the Civil Government was something else, was a building official, representative, could not be done in the architecture of the shack. This was the situation when I had the great opportunity to discuss with the great architect and teacher Jose Luis Sert, recently known to me in Barcelona, ​​my fuss to a noble material like marble, so far from being accepted by many modern architects then ” liberals “(then) that discarded marble and civilian governments naturally also central power. I had this opportunity and I took it. ”

Borriol marble was used in the area, polished facades, burnished in soils and to the concierge desk was made of the same material. 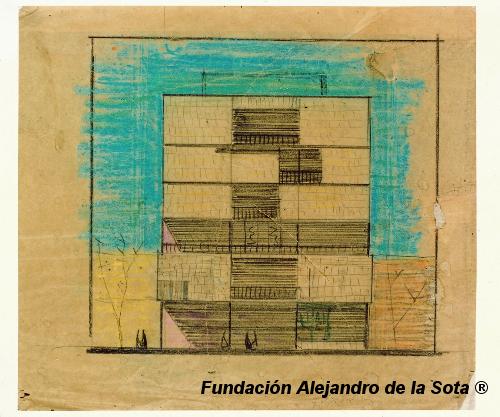 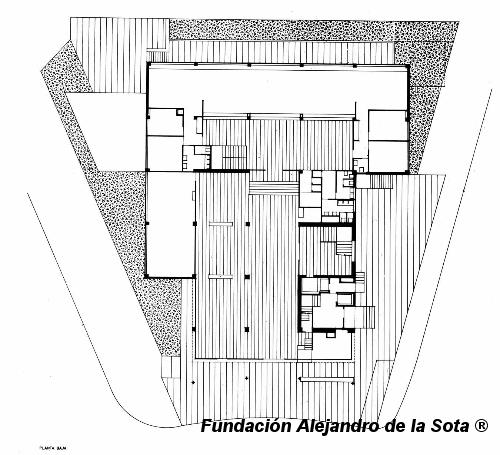 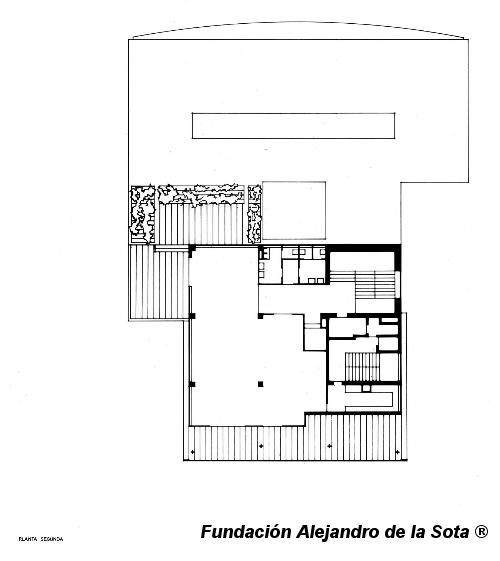 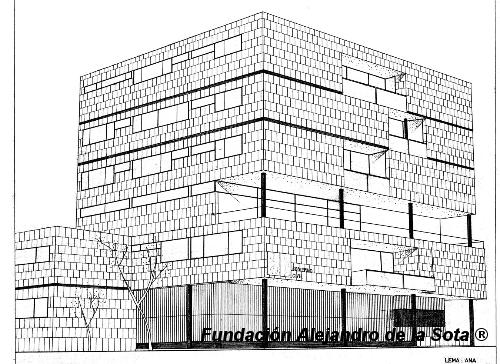 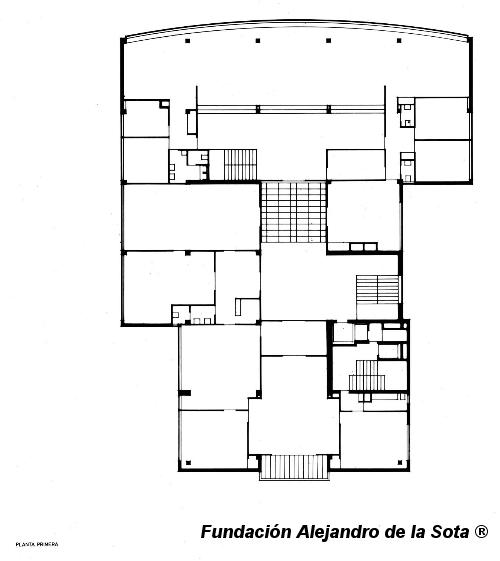 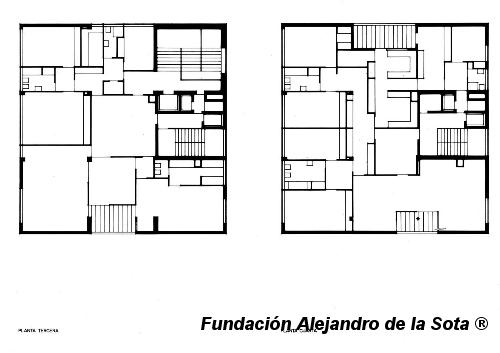 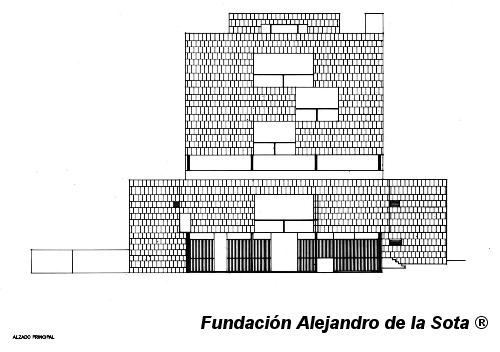 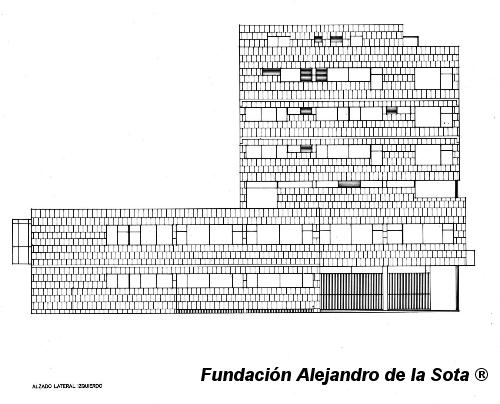 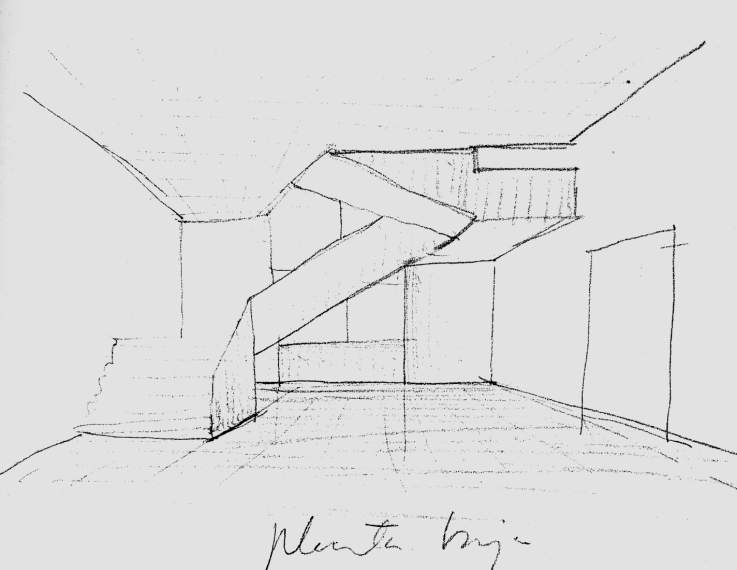 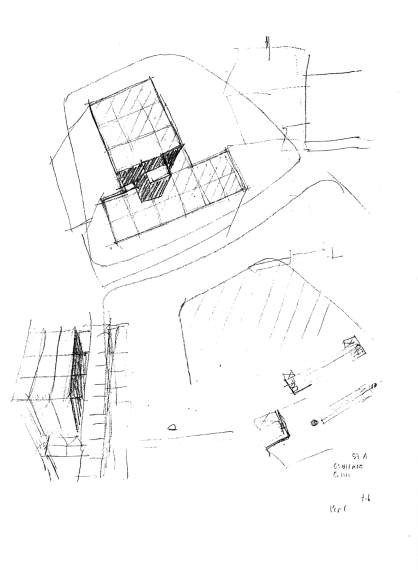 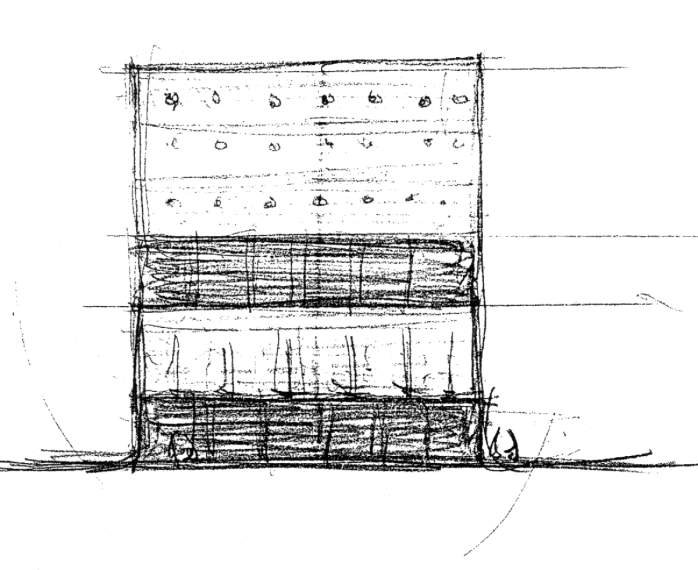 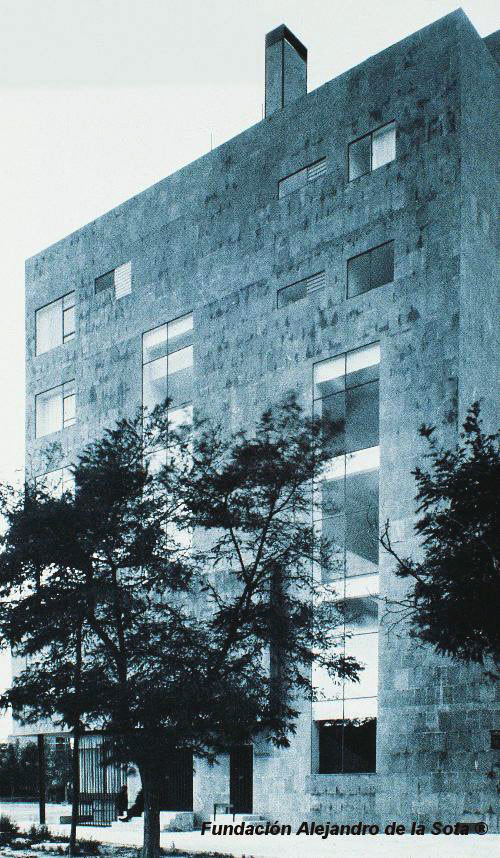 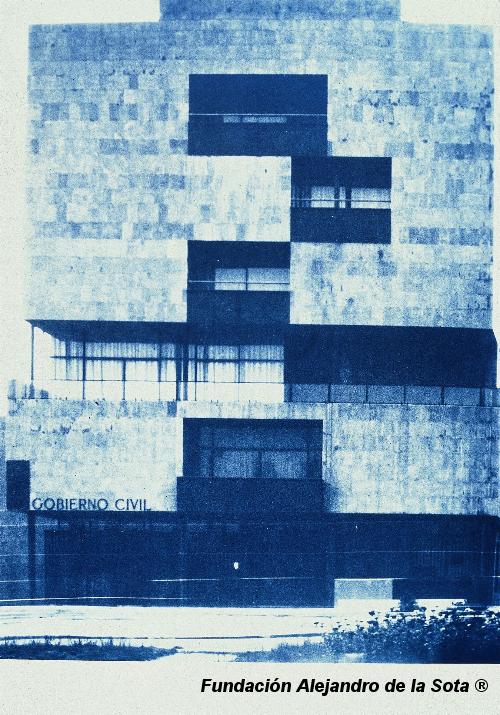 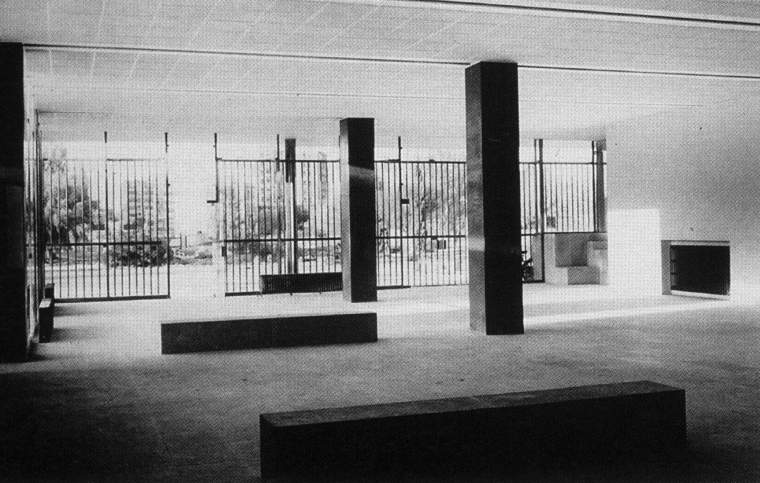 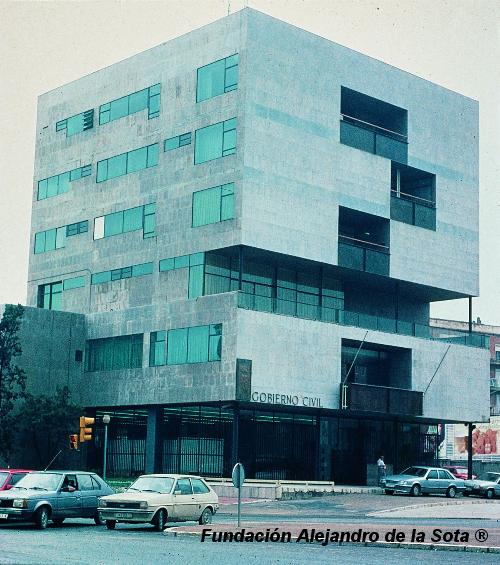 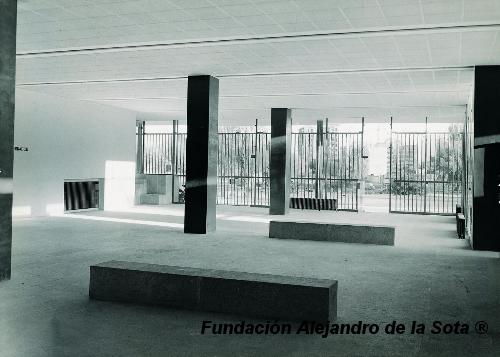 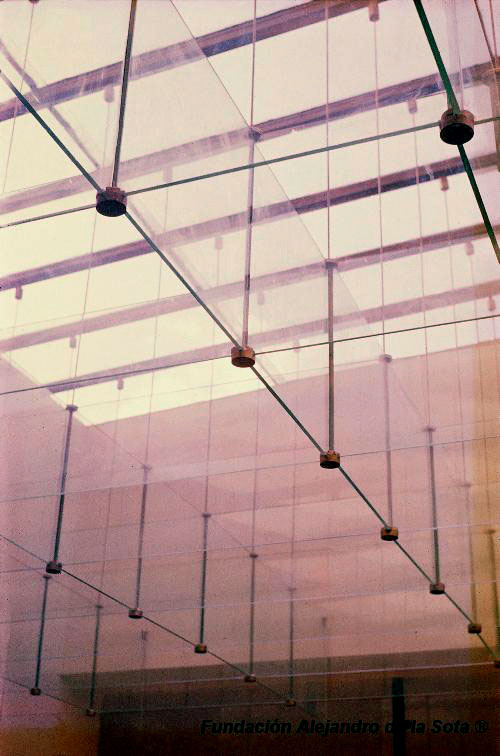 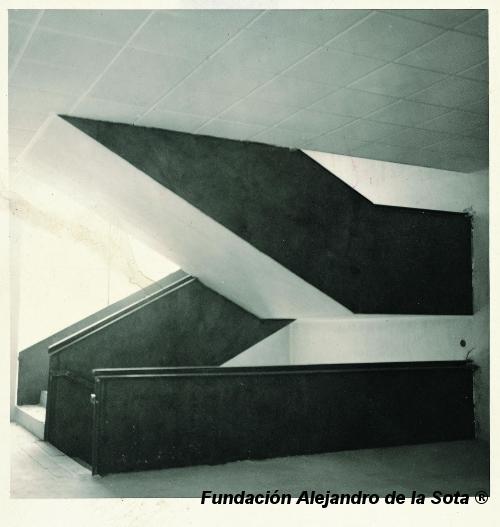 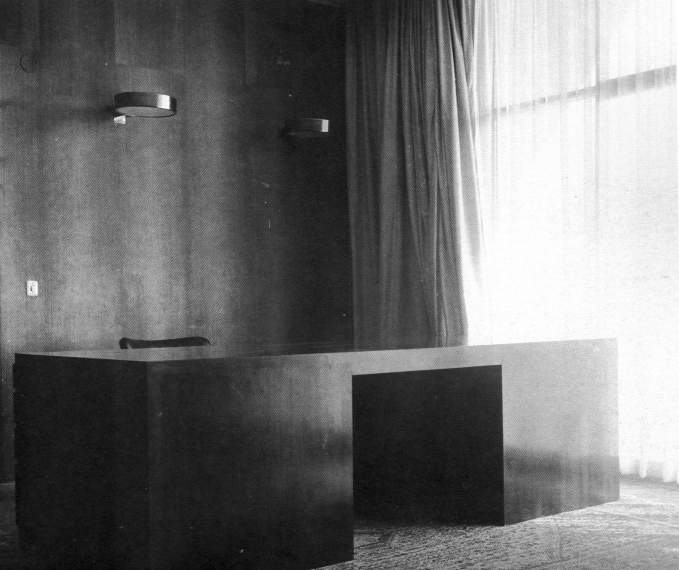 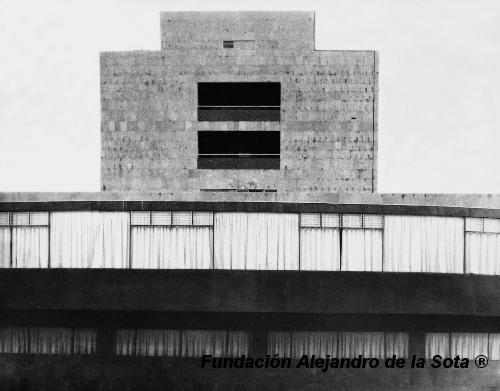 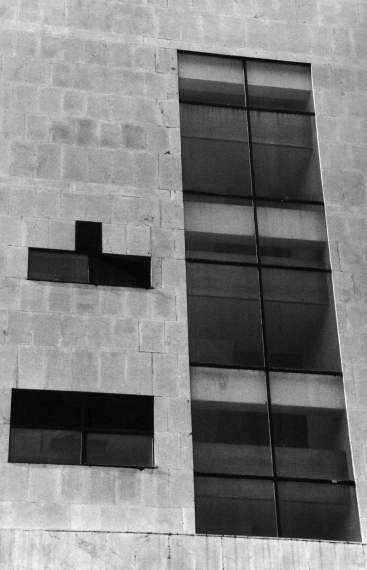 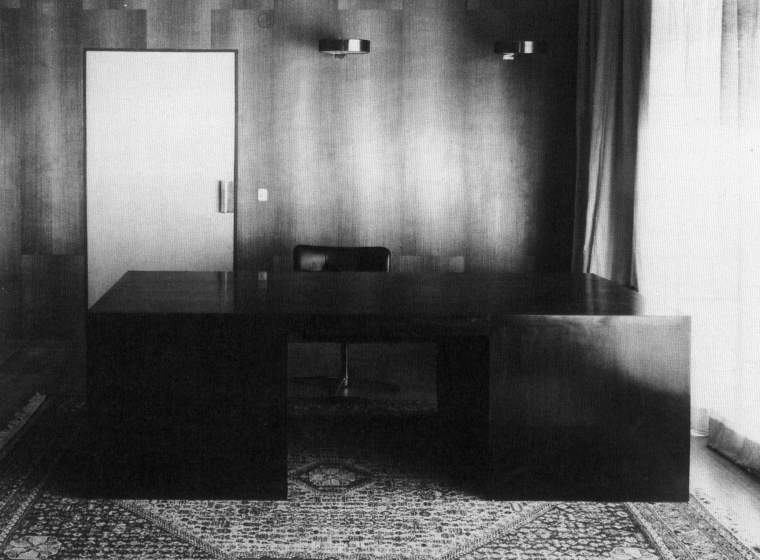