This work won first prize in the 2008 Biennial of Architecture SCA CPAU Argentina at the Joint Housing category.

It is the culmination of schools in the City of Arts and its construction had the challenge of making a building on a budget that had a significant presence and a strong personality.

As for the building location was sought that all orientation had ateliers North / South, which ensures the best possible light quality for use. Located in the city of Cordoba, Argentina.

There are 10 guests ateliers for artists to live, work and teach at various schools in the City of Arts for short periods of time, fortnight, two months, semesters, etc..

The first challenge was to achieve a shone individual building, but that in turn had a significant presence within the overall unity of the City of the Arts.

The typological concept consists of two L superimposed, one of them contains the space for public use, and is located on ground floor is the studio itself, which allows the admission of pupils to see the work of artist and work. The other L belongs to the private area.

This artistic living space and consists of a row of concrete block walls, which are attached facilities as a matter of cost and easy maintenance. These walls, protruding from the facade plane, generating in the south façade a shadow play that protect the U-glass facade of which have little direct sun during the year.

The outdoor plaza was generated for that could be used as a place for artistic creation outdoors, interacting nature artist-student and in turn each studio is fully opened by folding doors, admitting students to the workshop to participate in the design process of each artist.

Each atelier expresses the individuality of the artist, primarily through color, since each has a unique color inside. This polychrome begins to manifest to the outside at dusk when the lights inside, and begins to filter through the system generated by the elements veils transparent, translucent and perforated facades. Thus the building during the day is monochromatic, a building becomes colorful.

These ateliers are composed of a bedroom, living room, kitchen, bathroom and a terrace to take advantage of the incredible views from the third floor to the park Sarmiento.

The south façade is U-glass allowing a special admission of light, and the North also is glazed facade allows light to enter but has a protection from direct sunlight through removable panels of galvanized perforated sheet, which allow a game that gives personality and individuality to each studio, because every artist modifies the facade according to their needs.

Thus the facade, which first was homogeneous, is changing and showing different shades according to its inhabitants, which in turn are changing over time, thus creating a single variable rate throughout life of the work.

This perforated facade also allows cross ventilation create a system that allows natural cooling of the ateliers, which have no air conditioning. 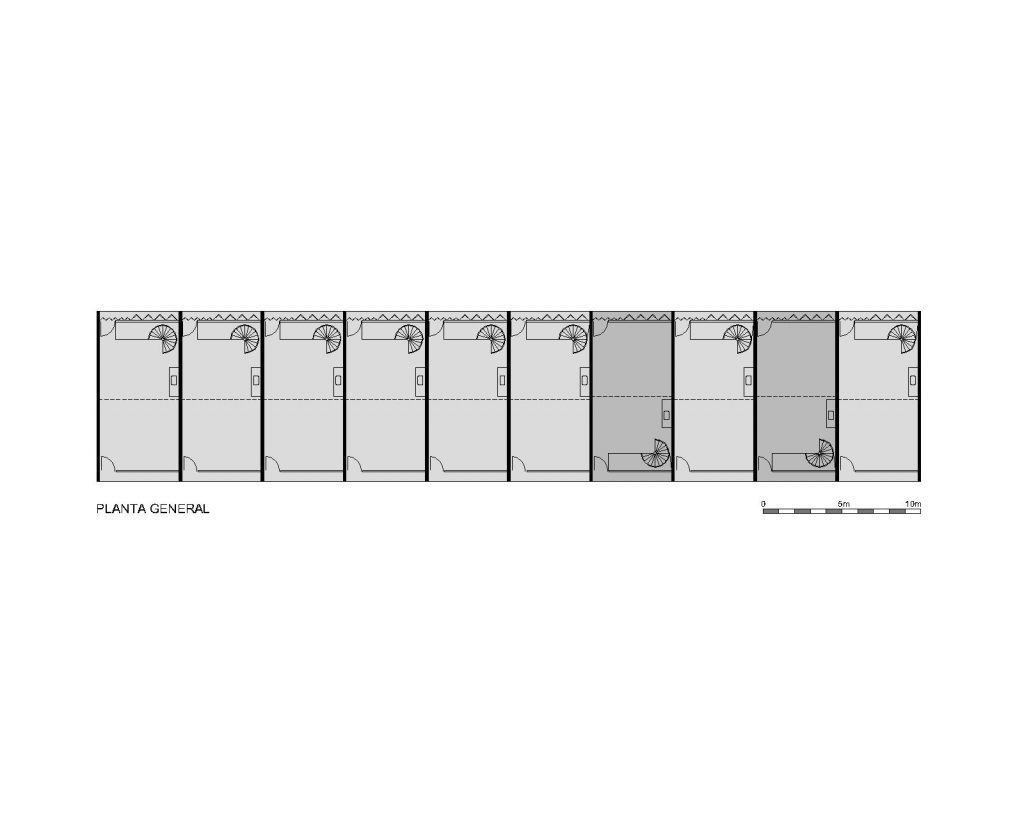 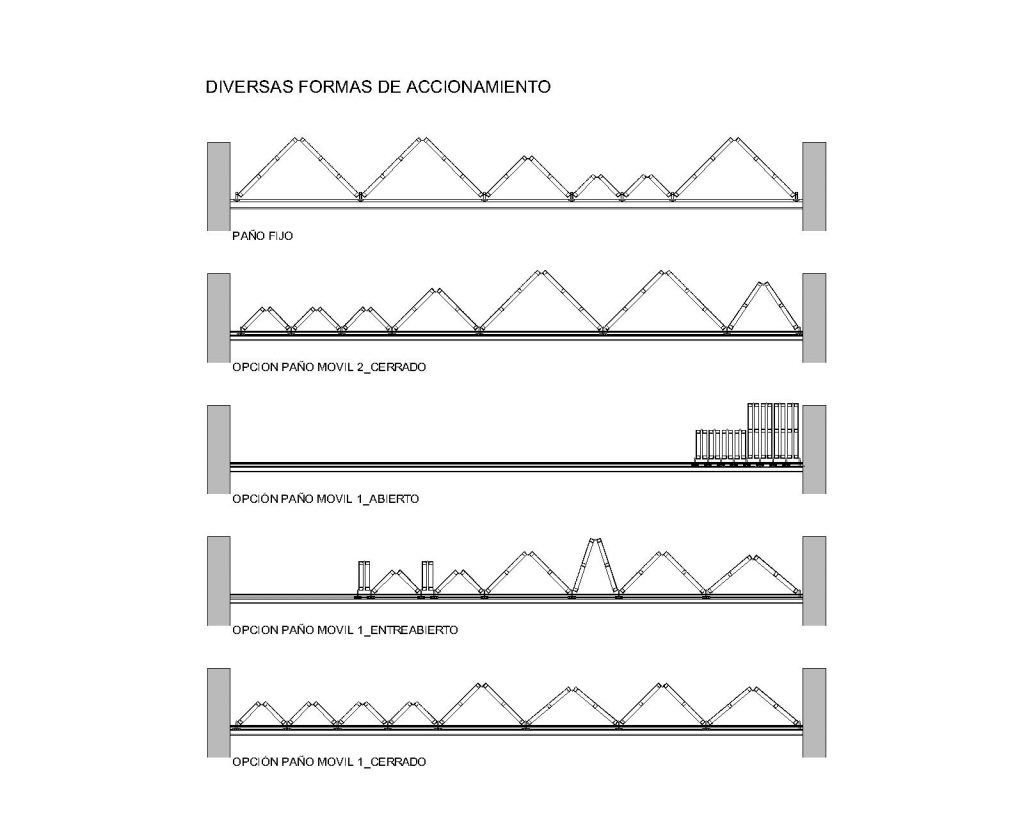 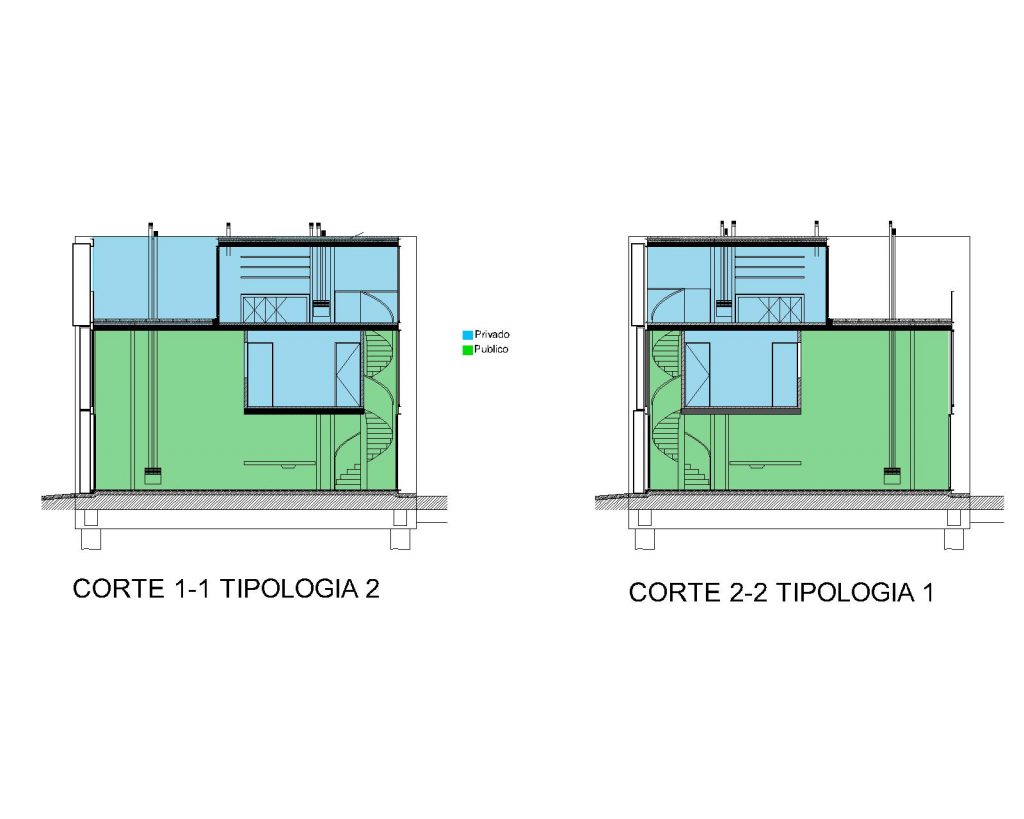 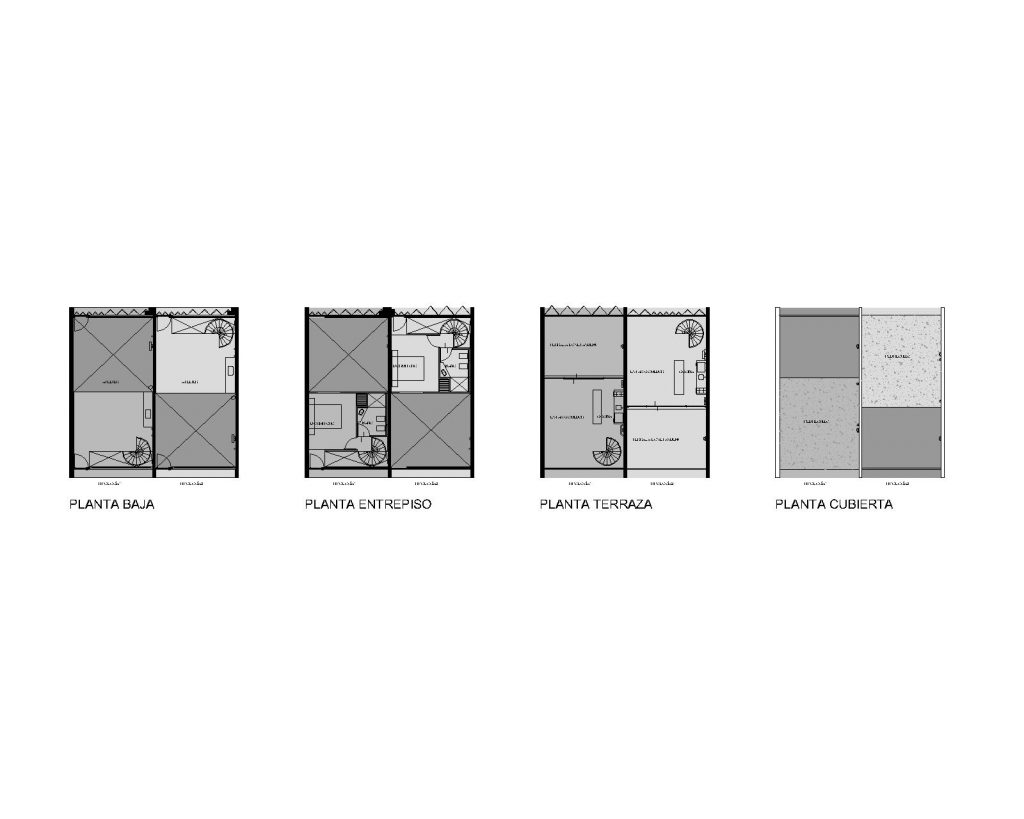 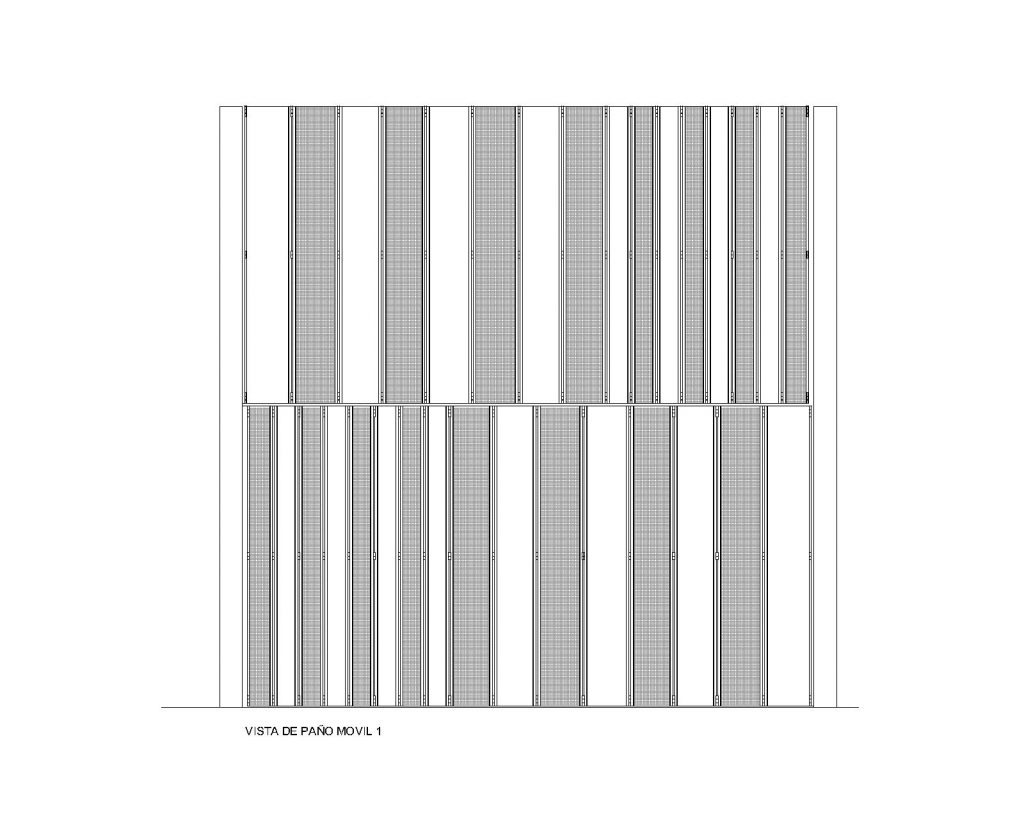 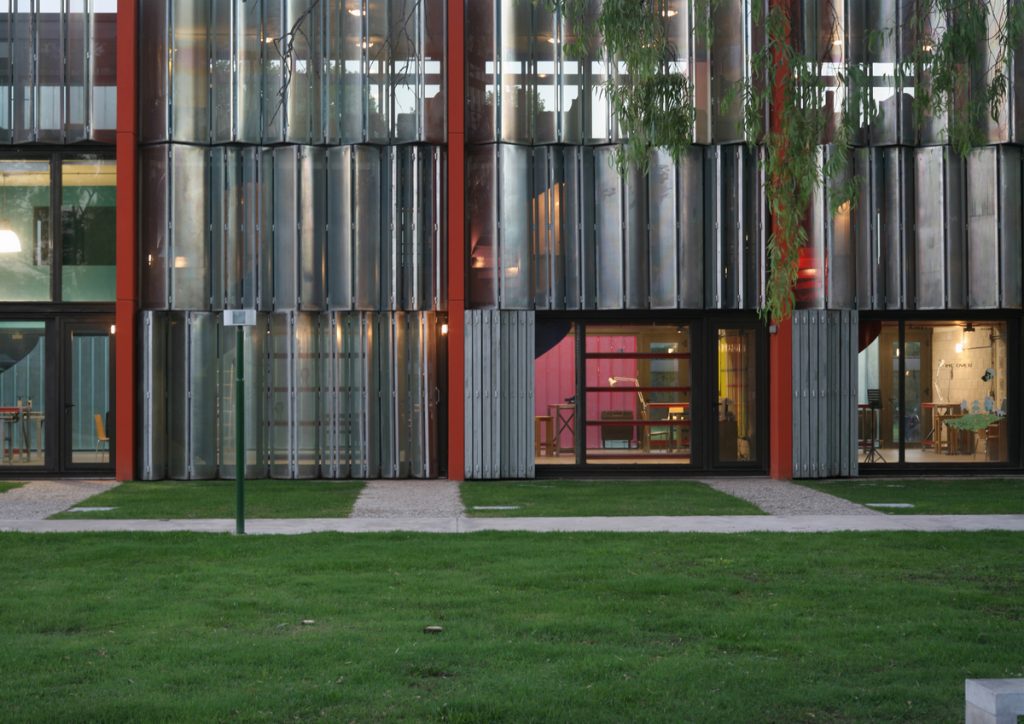 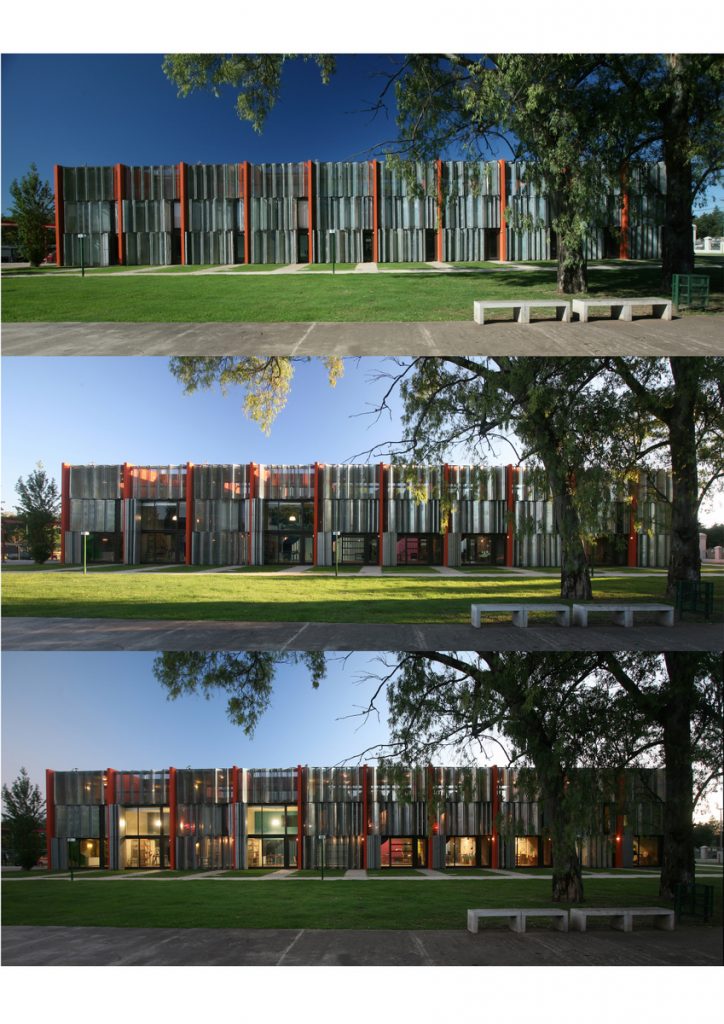 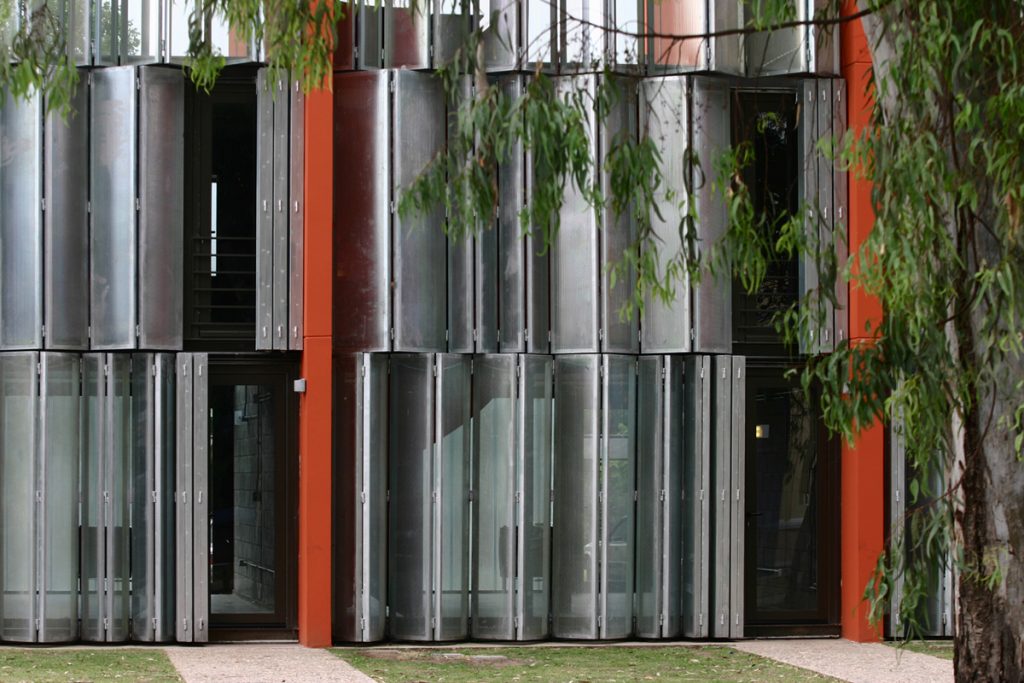 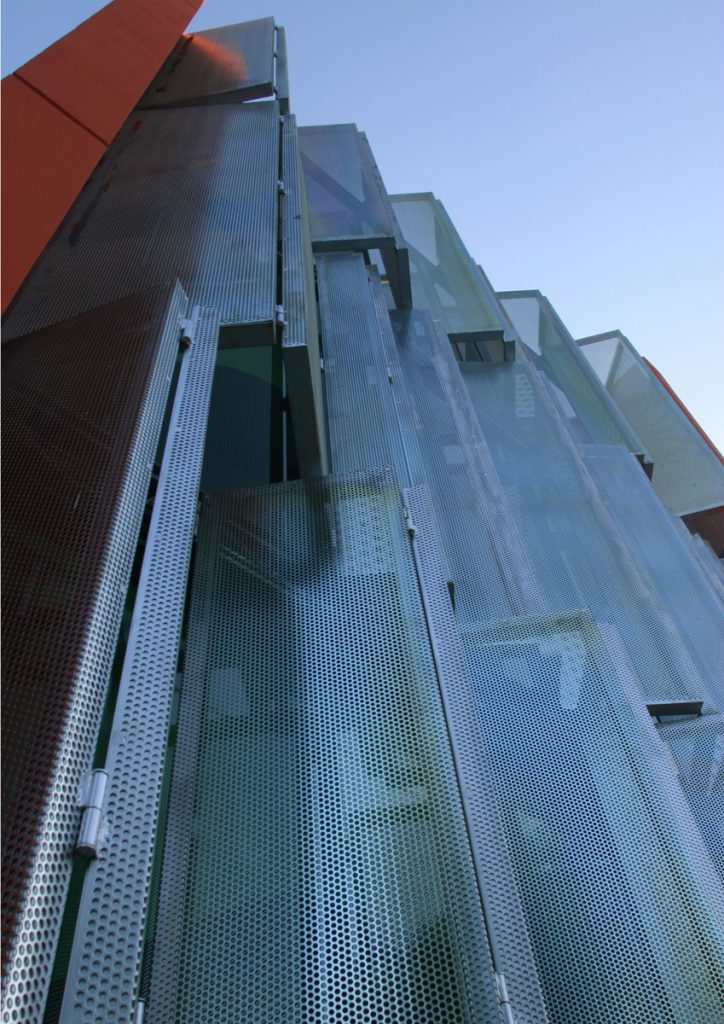 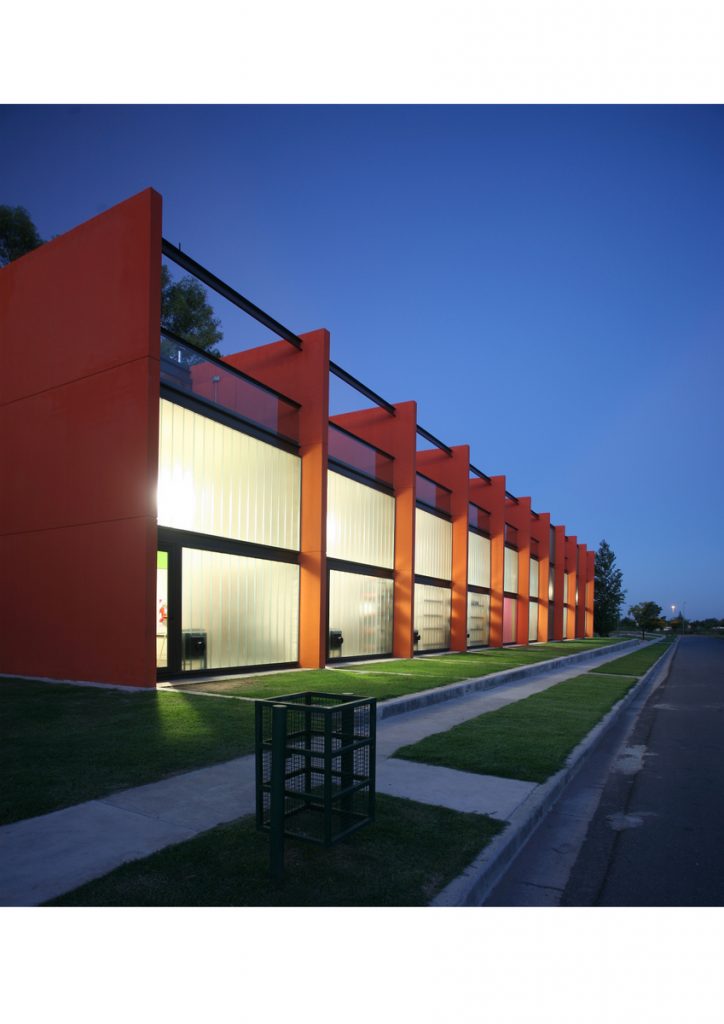 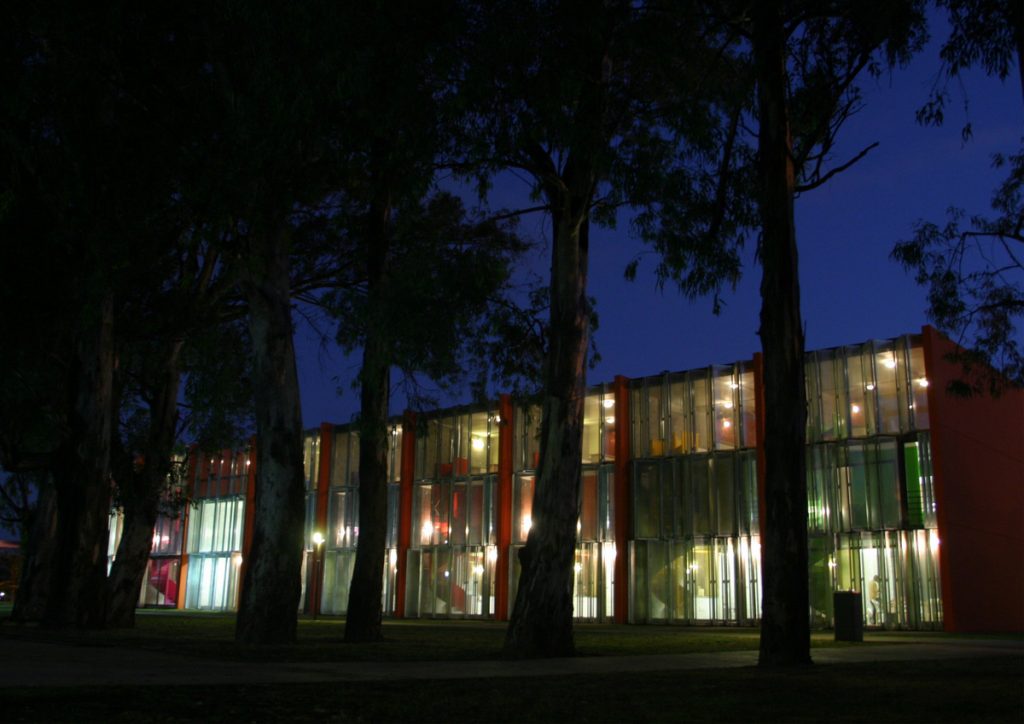 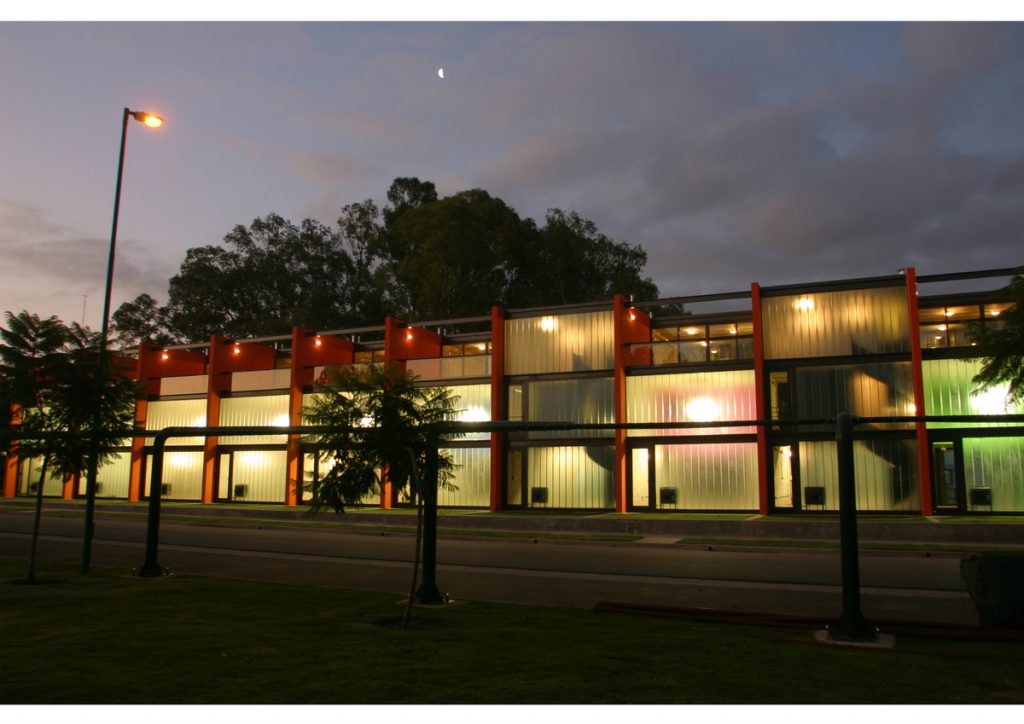 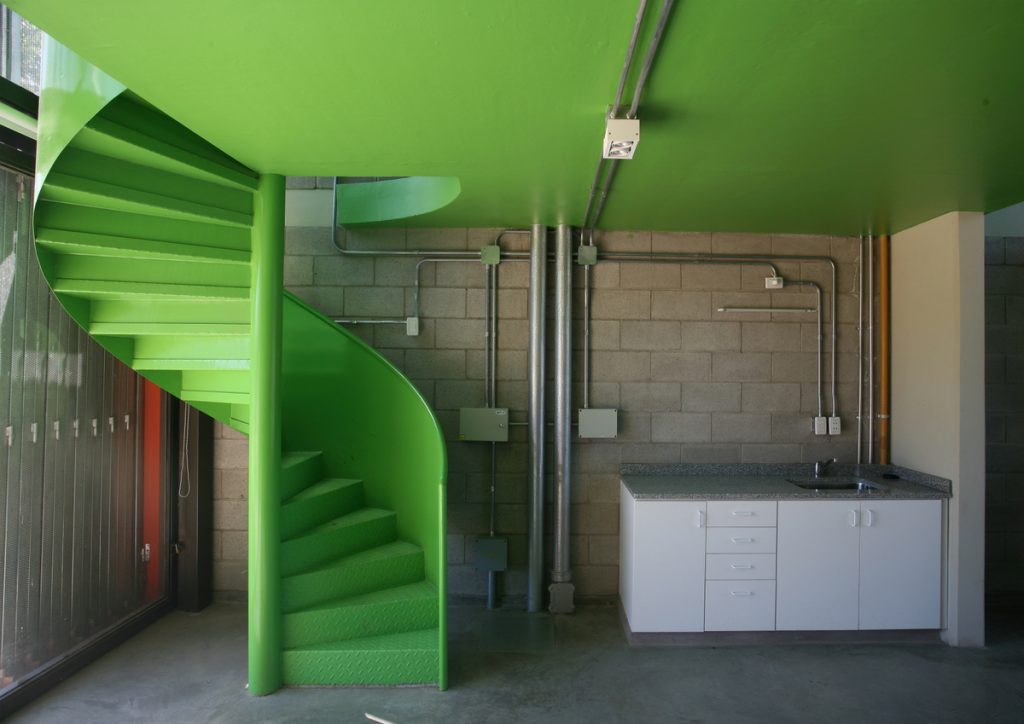 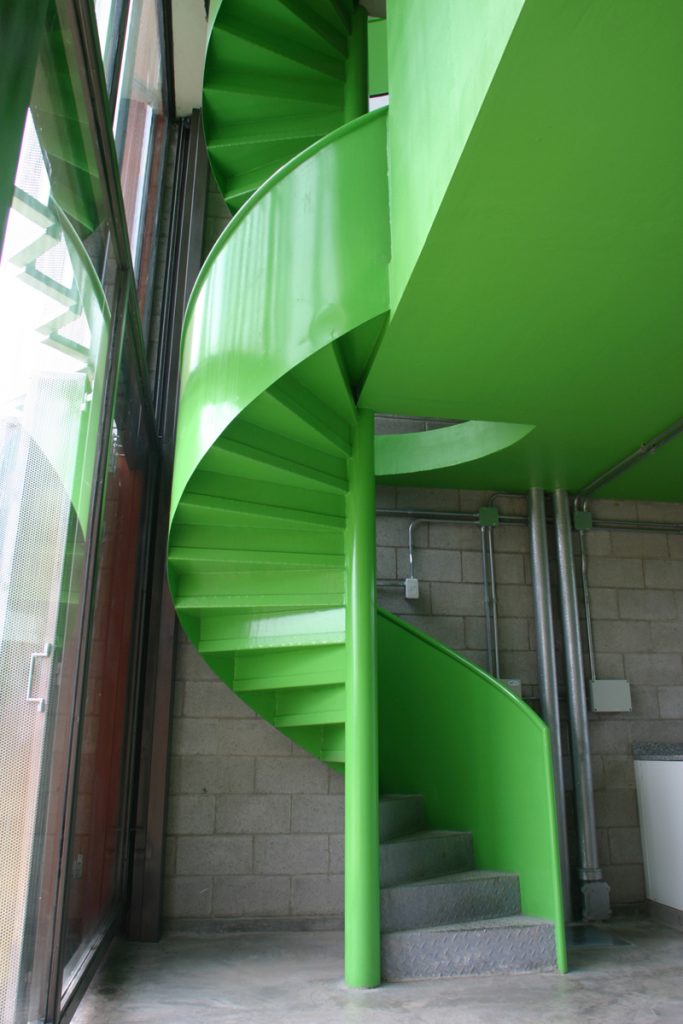 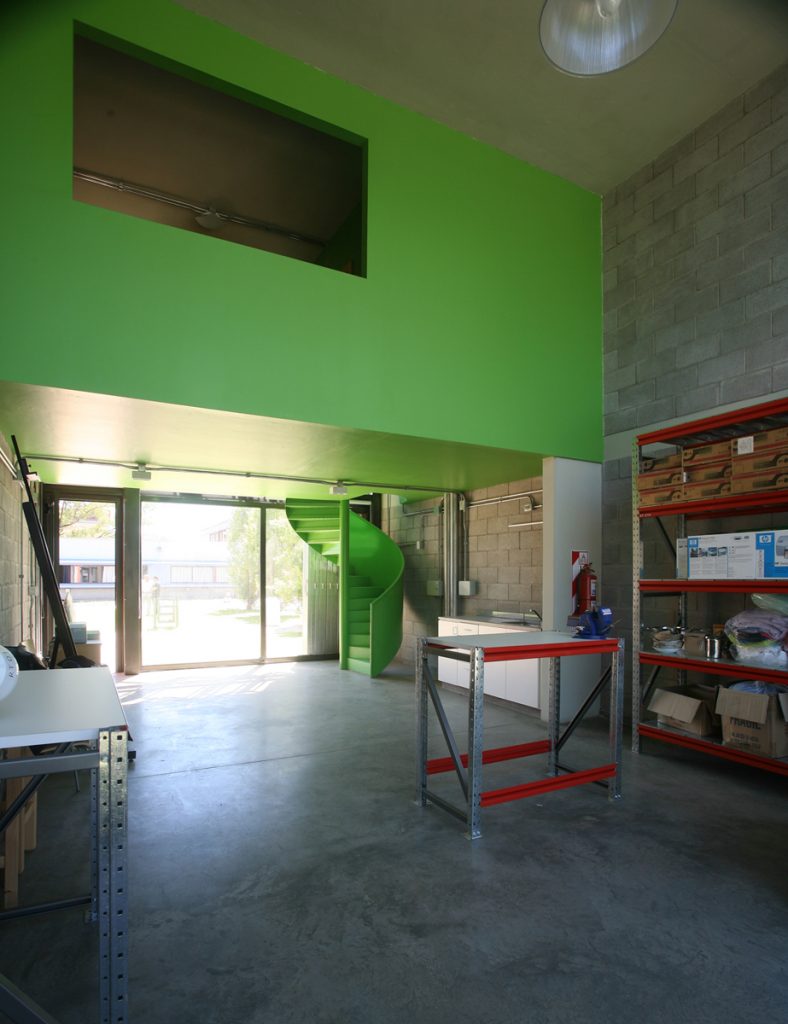 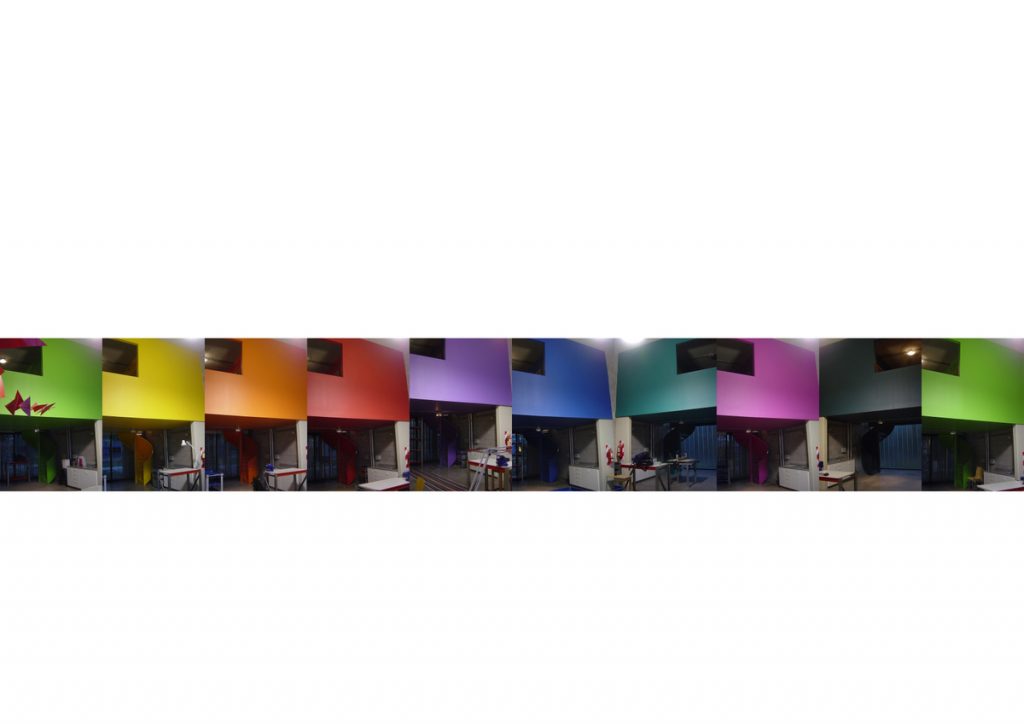