In the middle of the eleventh century, the Carolingian monastery of Santa Fe de Conques is a complete renovation.
The new church was undertaken by the abbot Odolrico between the years 1030-1065.

At the end of the work moved the body of the saint at the head of the new church.

One hundred years later rehicieron the upper parts of the temple by threats of ruin.

It is located in a region difficult to access, with a little harsh climate and fertile soil, in the French town of Conques. This area experienced a period of great splendor through the relics of Santa Fe, a source of guaranteed income from property.

The abbey has all the characteristics of the pilgrimage church.
Not easy to find the origins of this style of basilicas of pilgrimage, but admits that Santa Fe de Conques was his starting point at the end of the eleventh century. This package combines the plant Benedictine chapels staggered, open to the transept, and the plant with ambulatory and radial chapels, the churches of pilgrimage.

Plant pilgrimage church very compact, striking its short length, which only has six legs. It has two main nave and aisles.

With an underdeveloped transept, which is divided into three naves and a header to open an ambulatory and radial chapels.

Apsidioles are two stages in both arms of the cruise.

The choir with ambulatory and three radial chapels, of which the axial is deeper than the others.

The standard presents the aisles of a forum on the high arches, which illuminates the main hall in an indirect way. Accessed via a staircase.

High galleries located on the sides of the central nave and transept of the choir, are characteristic of a pilgrimage church.

Square towers that frame the nártex (his shot is modern).

The header consists of a set of three apses, the central radial chapels, which welcomes the extension of the aisles as ambulatory.

Above the chapels and the ambulatory rises apse is decorated with high-buttresses columns joined by a arcatura below the cornice.

The dome of the cruise octagonal turret and finishes in, rises above the set of the header and is accessed via a staircase.

The nave is covered by a barrel vault fajones with large arches and vaults of the galleries with the fourth ball counters.

The aisles are covered with roof edge.

The dome consists of eight cruise nerves, and was built along with the bell tower in the fourteenth century.

Tympanum of the west home (1120-1135): From the twelfth century sculpture invaded the entire building and great icnográficas came to the eardrums of the covers: “The final verdict” is the believer who is about to enter the house of God.

The enjutas of the horns of the cruise, are decorated with figures of angels on the side of the choir and head of the saints Peter and Paul in the side of the ship. The arms of the transept are lit by two windows crowned an eye. 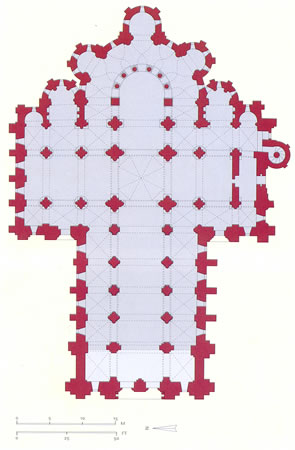 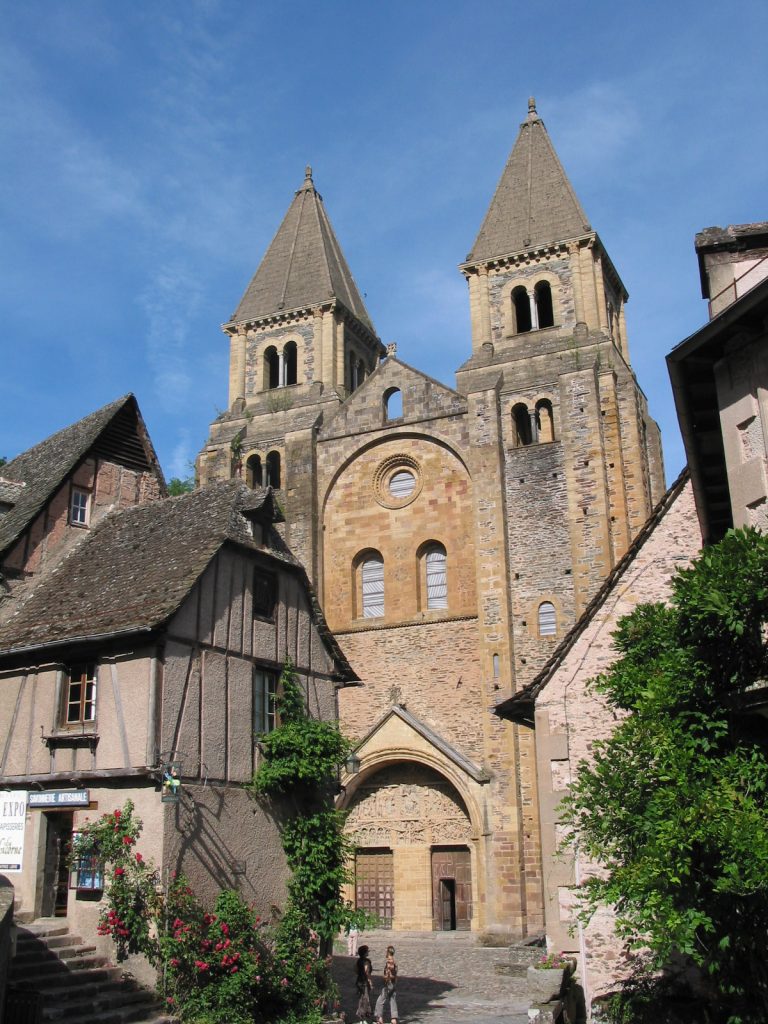 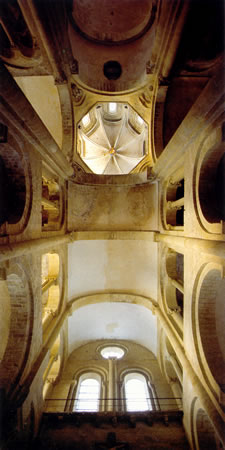 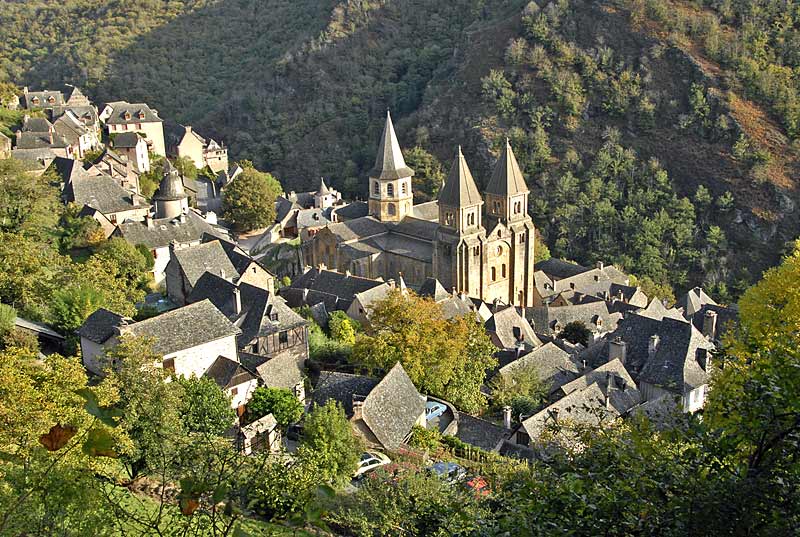 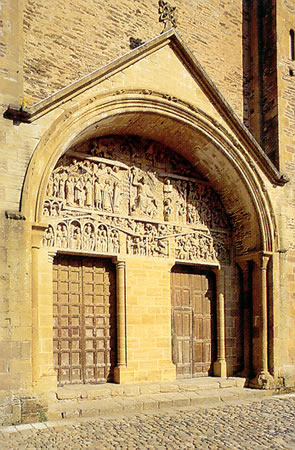 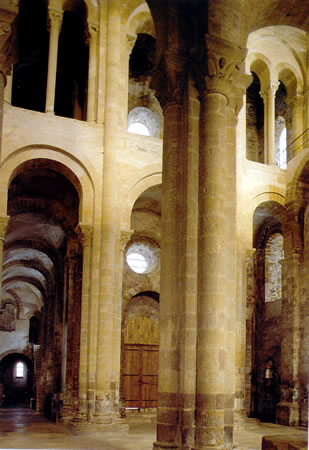 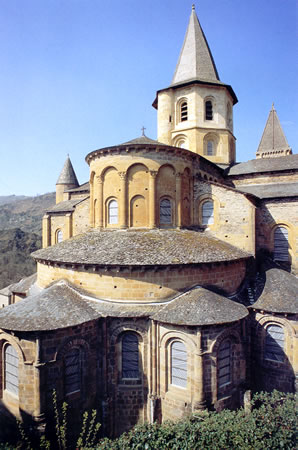 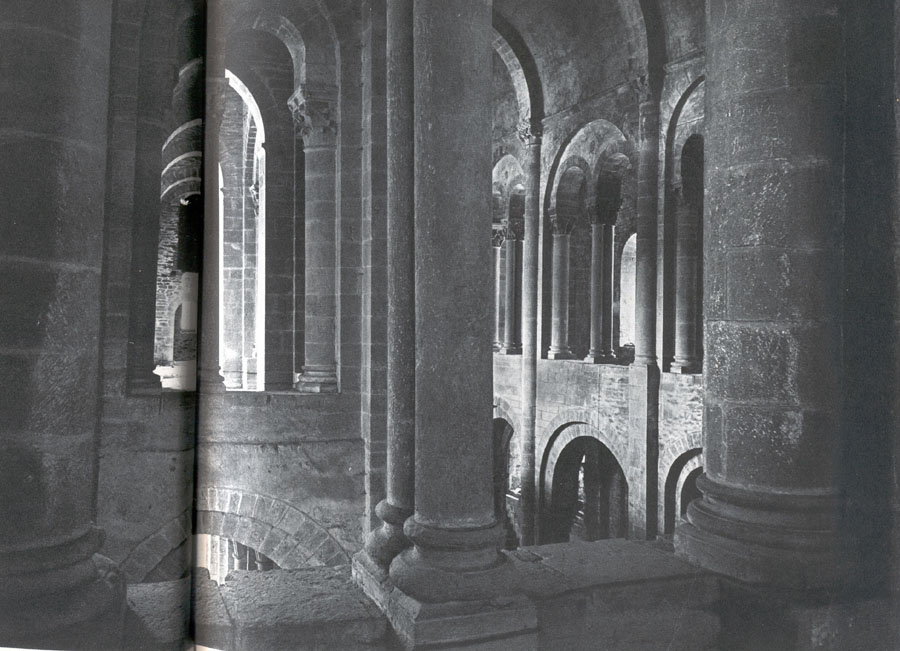 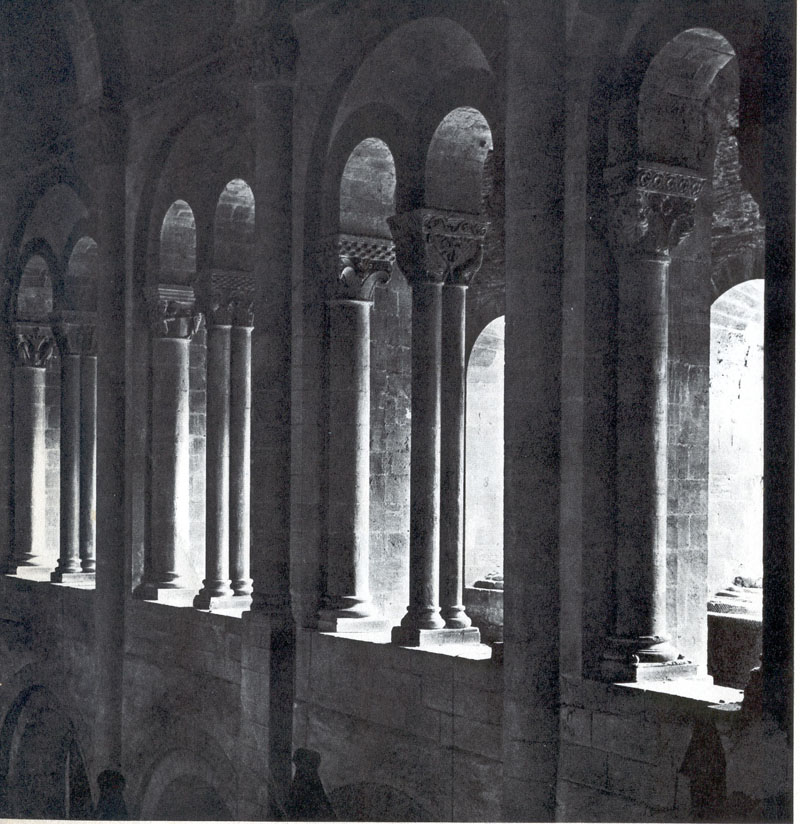 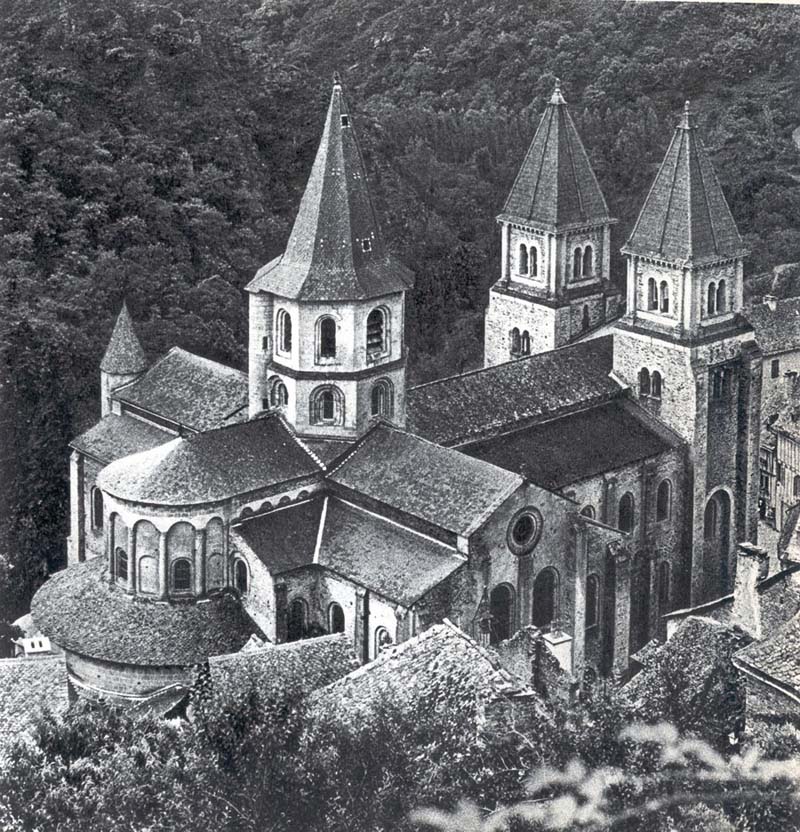 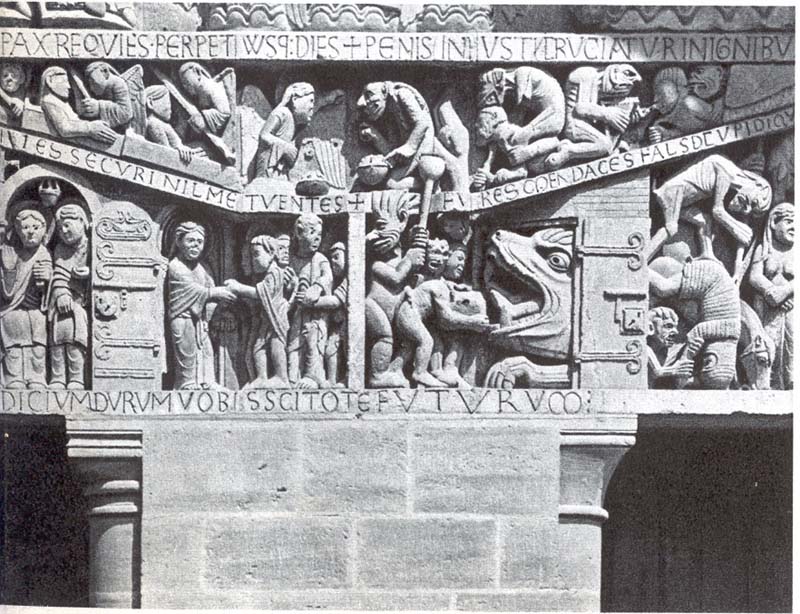 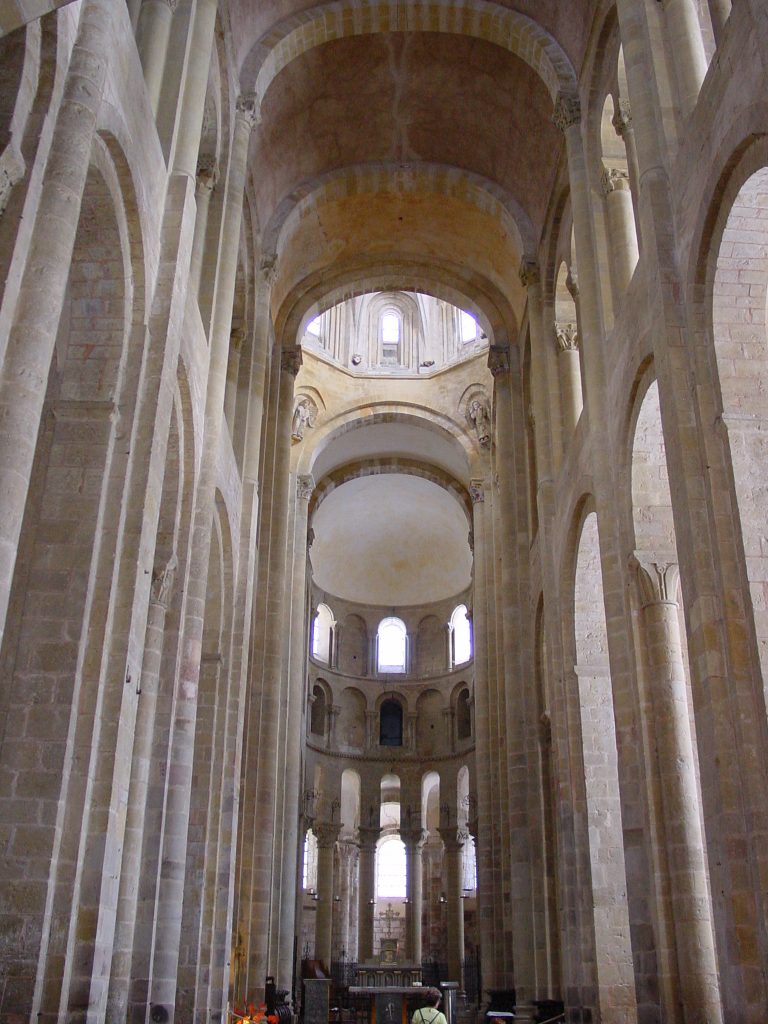 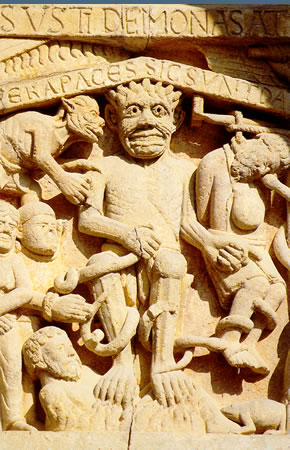 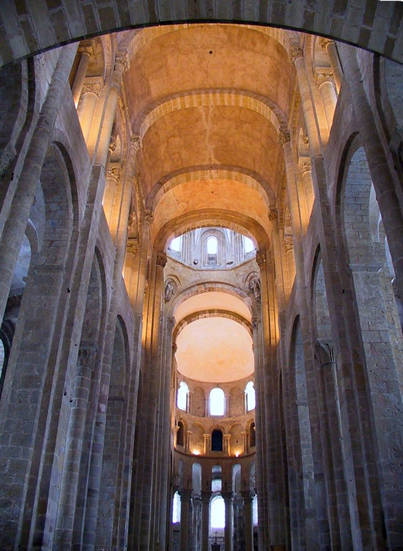 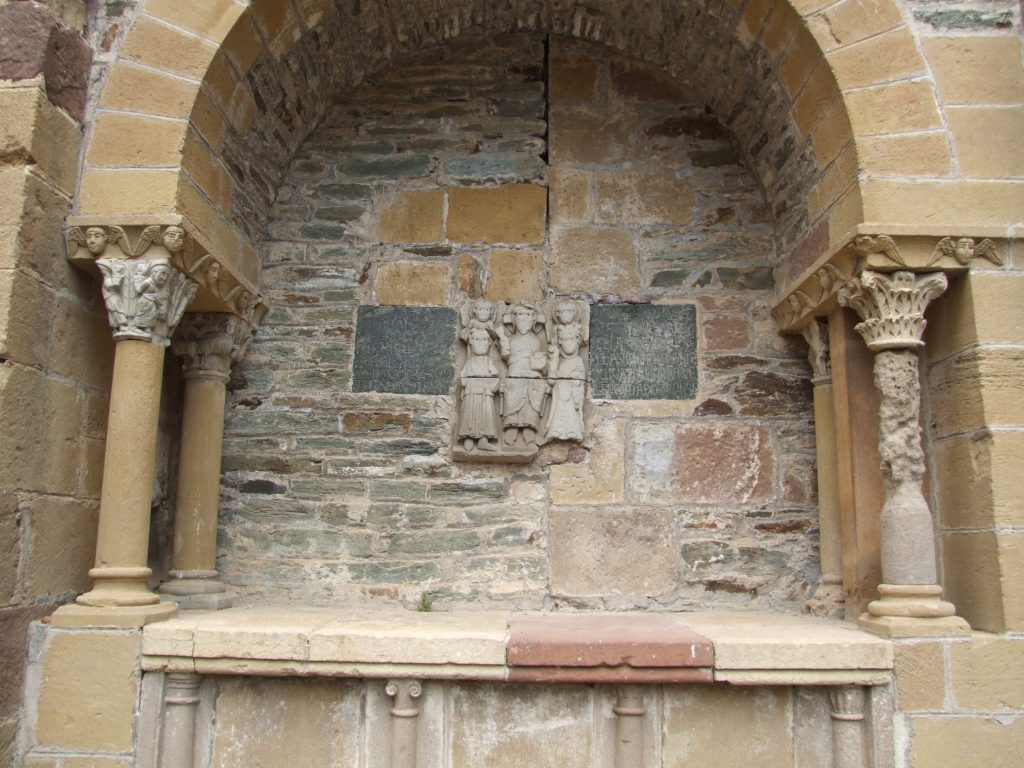 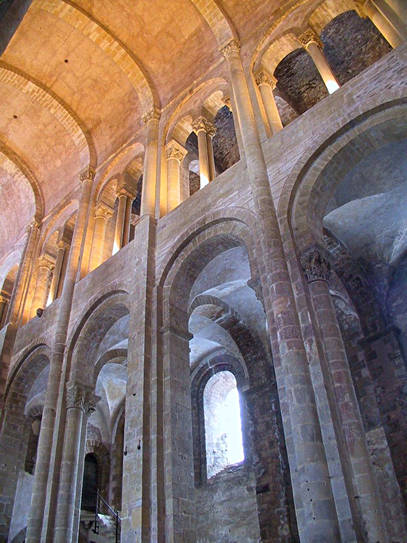 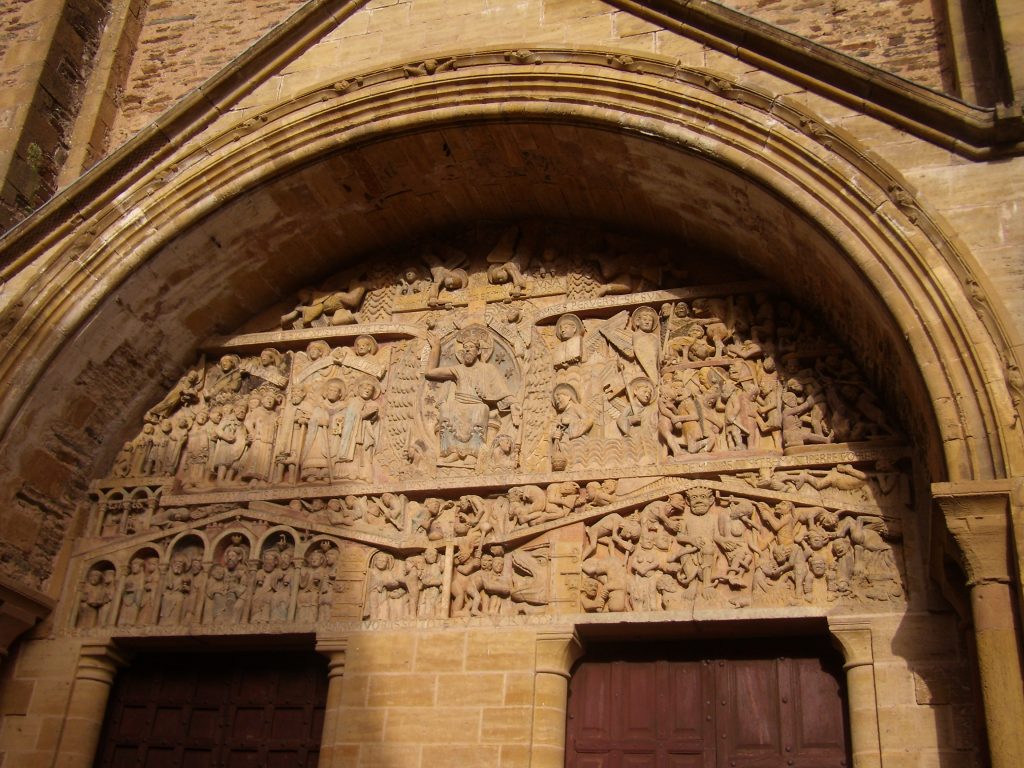 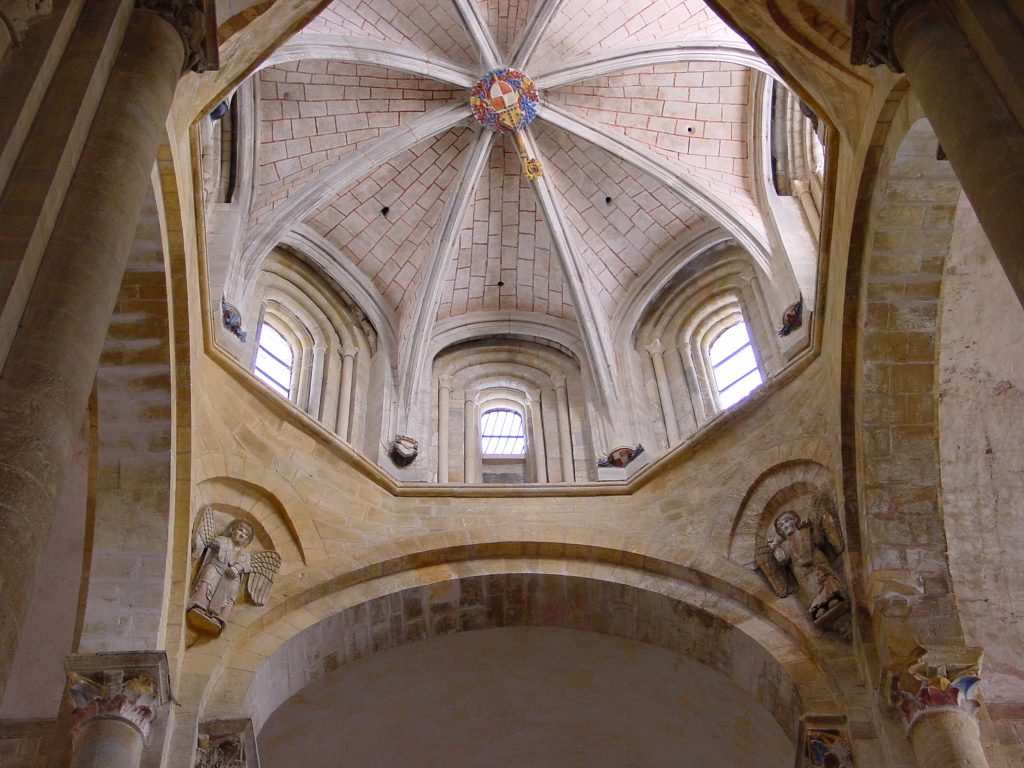