CCV Foundation (Chosen Children Village) is a nonprofit organization located in the Philippines, working with children with disabilities.

The Colombian-Filipino architect Carloz Arnaiz had collaborated with the foundation as a volunteer on previous occasions, cooking and playing with children. In this case, the representatives of the organization was asked to design the chapel that marks the entrance of the campus. Arnaiz, forming part of the study Stan Allen Architects, led the project.

The involvement of a professional close relationship with the place and its culture, ensured the creation of a global project of local character. This was the approach that sought to build a work directly related to the site, do not generate a solution from the outside. Certain existing conditions, such as location in a seismic zone, a limited budget, simple technology, labor intensive, locally sourced materials and the need for natural ventilation became potential to build in a way that would be impossible elsewhere.

As a result they got an interesting and worthy. The professionals in charge of the project worked on a voluntary basis.

Tageytay City, where the work is located, has about 60,000 inhabitants.
The chapel marks the entrance to campus CCV Foundation. It was built in a tropical area of ​​high seismic risk.

This is a basic structure directly related to the site: a pavilion created from a single line that folds on itself. The walls are treated as screens to allow natural air circulation and filter the strong sunlight.

The work consists of a blank formed only by a structure, space and light, taking advantage of the drama of natural elements.

The property consists of 240 m2 with 7 meters high. Much is open to the outdoors, taking advantage of the mild climate of the region. The walls are not closed with glass and has no air conditioning. The wind blows through the openings.

The walls are bent to form a zigzag. A kind of vertical bands displaced from each other, resembling fingers interlaced. These displacements give rise to openings as slot machines.

Inside, the layout of vertical bands of light creates spaces in the walls, which were painted in blue and red inside.

The paving of gravel, typical of the region, flows seamlessly between the street and the chapel to facilitate access by children.

Access doors are thirteen feet high, made from a local wood slats.

To keep the interior wide open, the company also designed the furniture consisting of wooden chairs and small banks instead of the traditional church furniture. However, at the time of the inauguration temporary chairs were used to secure funding.

All the work is made of concrete with some steel beams.
Broken stone was used for the flooring and wood tanguile in the doors. 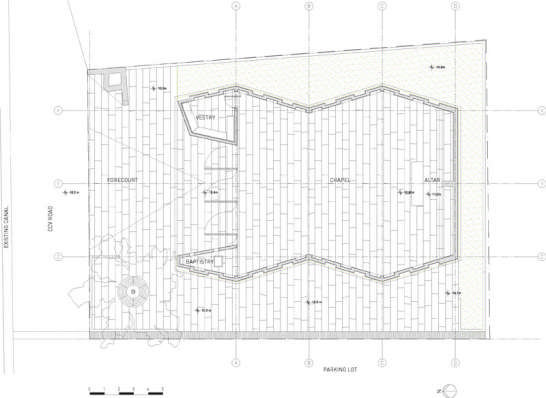 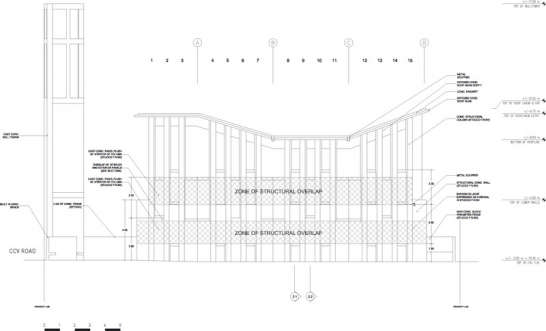 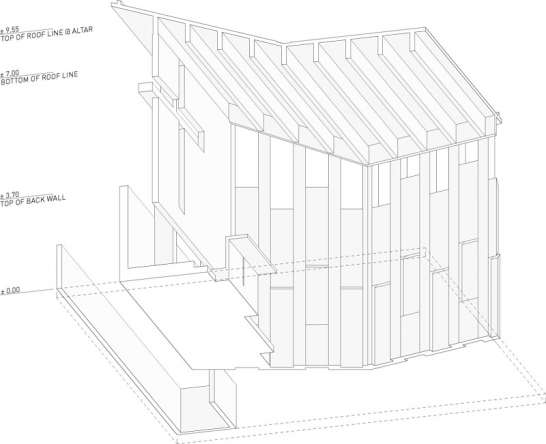 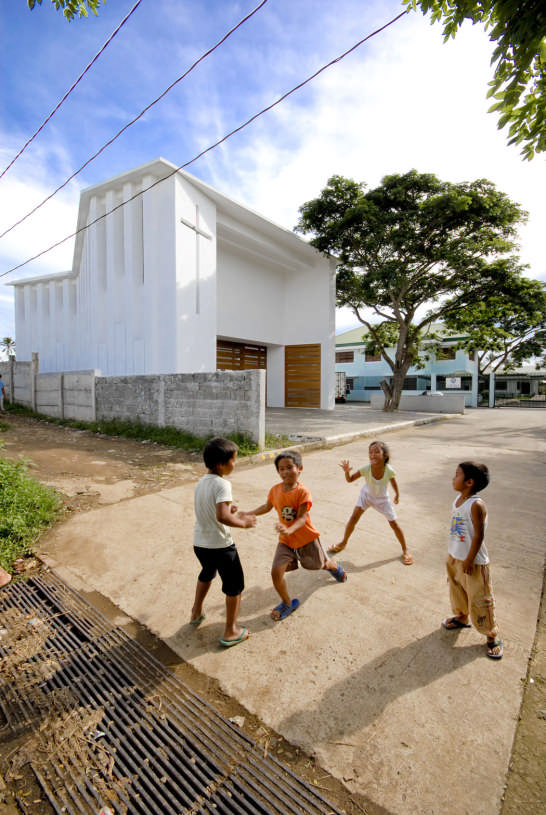 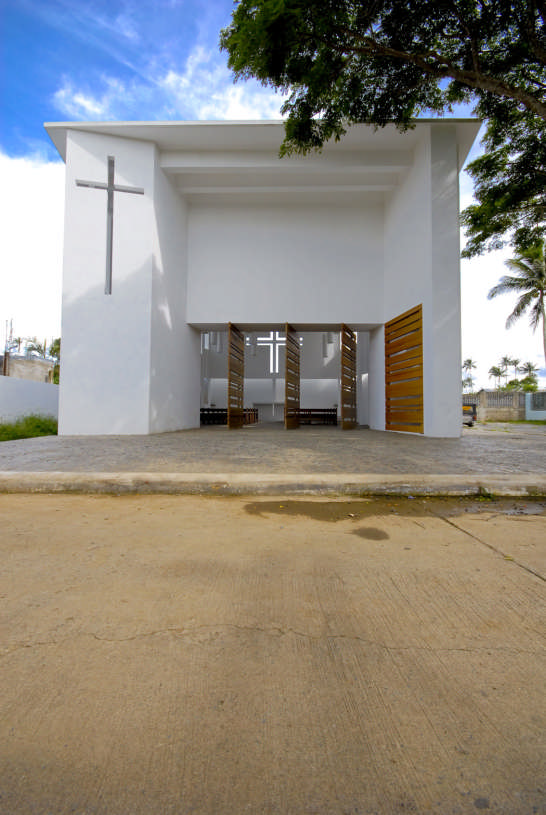 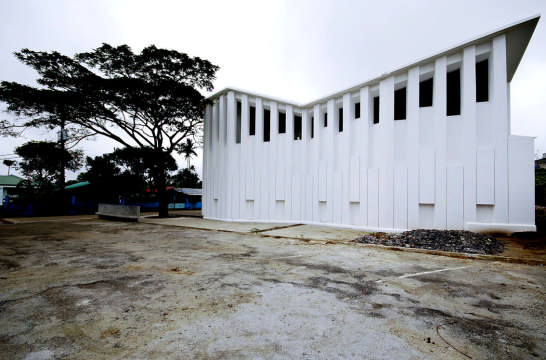 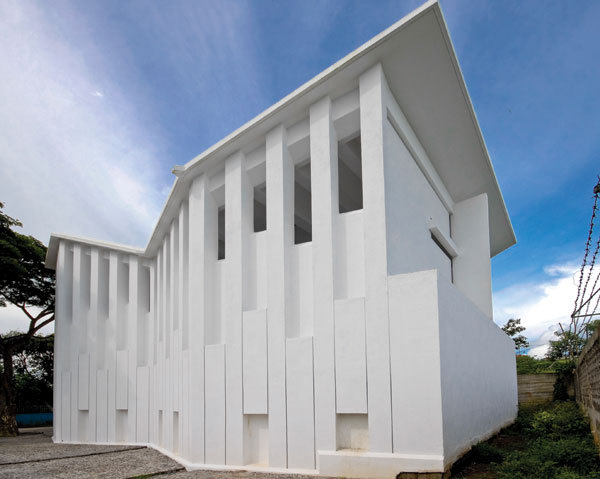 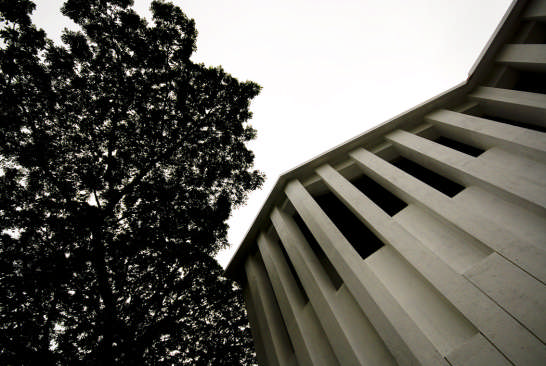 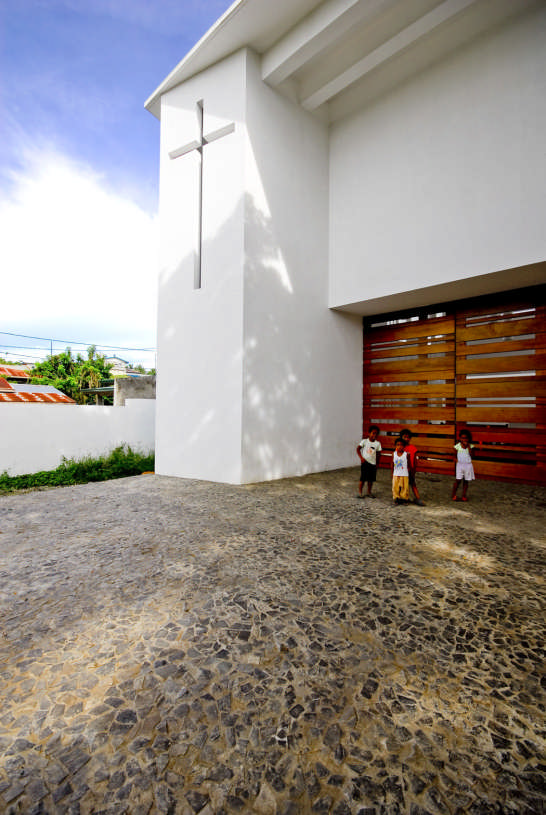 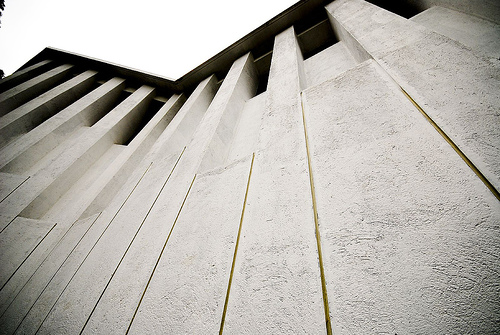 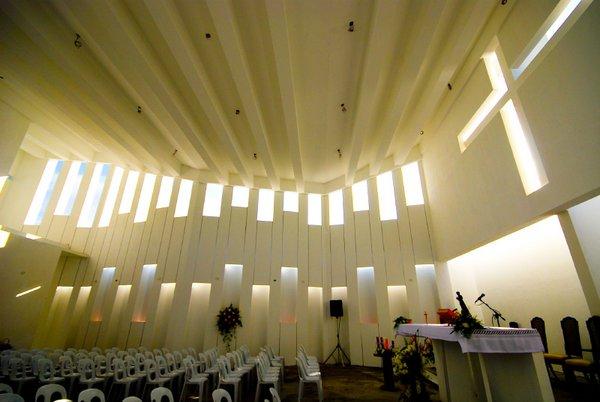 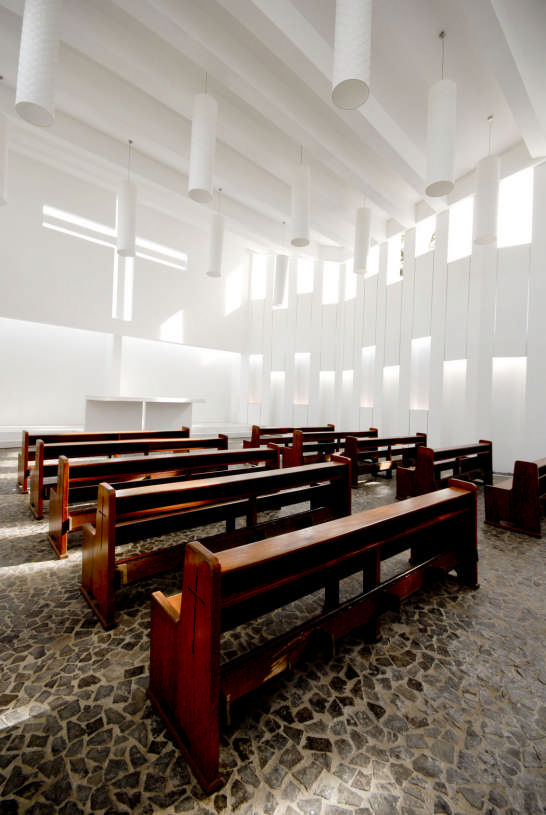 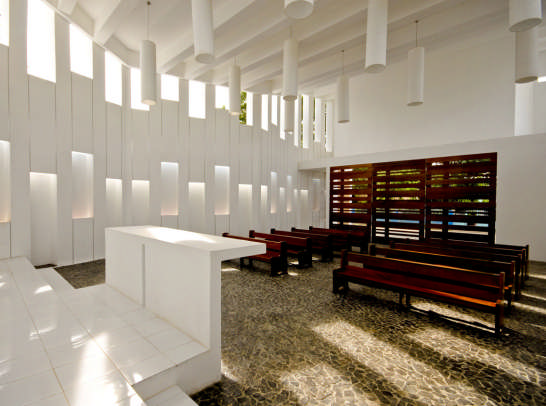 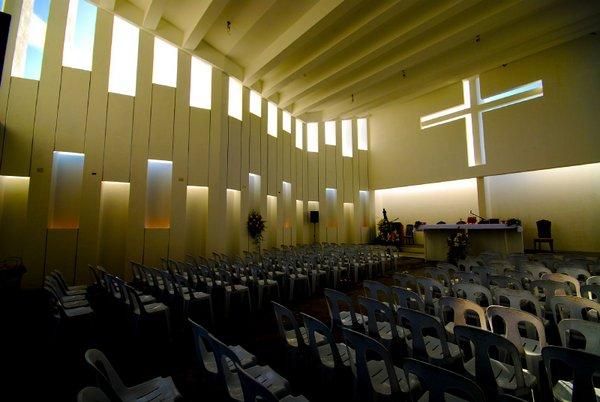