To support the rapid expansion of China Central Television (CCTV ) in 2002 launched an international competition to design the building that would be headquartered in Beijing. The winner was the architectural firm OMA Rem Koolhaas, accompanied by engineering firm Arup and Architecture Design Institute of East China. The structural design of the CCTV posed many technical challenges for large international team that dictated the design through global collaboration, transcending time zones, physical distances, cultures, cost centers, and even an outbreak of SARS. Finally, the team gave a complex design on time and was approved by the panel of experts from the Chinese Ministry of Construction.

CCTV headquarters was officially opened by the President on January 1, 2008, during the 2008 Beijing Olympics, although the works were not completed until May 2012. The project began on September 22, 2004, once the design was inspected by Chinese experts, this being a venture of the government, as part of a redevelopment plan of the capital, focusing on innovative and functional architecture, preserving same time, historic buildings.

The mega-structure was built at the foot of the Third Ring Road East Beijing, Guanghua Road, China, on a plot of 20 hectares, in the new Central Business District Chaoyang, 32 号 东 三环 中路 of capital country. The CCTV building was part of a park for the media, aimed at creating a landscape of public entertainment areas shooting outdoors and production studios as an extension of the central green axis of the CBD (Central Business District)

Koolhaas imagined a building whose three dimensional form offer CCTV staff to perform the functions within a “continuous loop” referring to a closed circuit television, and presented the beginning of an engineering challenge.

The new building consists of two high L-shaped towers, joined at the top and bottom at an angle that forms a loop, which has been described as a cross on Z. Designed by OMA as a reinvention of the skyscraper as a loop, the construction of the building began in 2004. With approximately 473 000m2, houses the headquarters of CCTV television studios, offices and broadcast facilities and production. This is the largest project of OMA and its first major building in China.

The building challenges the typical search pursuing final height of the skyscraper. Arose from a common platform, the two towers are inclined towards each other and merge into a perpendicular cantilever of 75 meters. The design combines the entire process of television work, previously dispersed in several places of the city, creating a loop of interconnected activities.

The building is not a traditional tower, but a loop of six horizontal and vertical sections covering 473,000 m2 of floor space, creating an irregular grid on the building’s facade with an open center. Its construction is considered a structural challenge, especially because it is in a seismic zone. The overhang extends perpendicular 75m west and 67m south.

The building was constructed by joining three volumes created a unique final volume. In order not to block the structural differentials this connection was scheduled to take place at dawn, when the steel of the twin towers were cooled and raised and managed the same temperature.

The highest tower 234 meters in 54 plants, with a footprint of 40x60mm, 2.400m2 and an area of ​​405,000 m² floor rises.
The main hall of 10,000 m2, in Tower 1, is a three-story atrium underground and three above ground level extends. It has a direct connection to the underground network of Beijing, and is the place of arrival and departure of the 10,000 workers who come to the headquarters of CCTV. Connected to the lobby, 12 studies, the largest of 2,000 m2 perform the primary function of the building:create TV.

The tower consists of a series of horizontal and vertical sections that establish it as a structure attached to land and not as a skyscraper. This will contain the administration, news, broadcasting, studios and production areas.

Tower 2 has a height of 210m in 44 plants and a footprint of 40x52m, 2.000m2.
The smaller building houses the Cultural Center Television (CCTV ). This has a hotel, a visitor center, a large public theater and conference facilities and exhibitions for 1500 seats.

The headquarters of CCTV allows a degree of public access to production facilities unparalleled in the Chinese media. An “Open Loop” takes visitors through the building, exposing the daily work of the studies and the history of CCTV, culminating over the cantilever, with spectacular views of the financial district, the Forbidden City and the rest of Beijing.

Because the seismic design of the CCTV building was outside the scope of Chinese regulations, Arup proposed, from the outset, a design approach based on the technique, adopting the first principles and modern methods as guidelines to achieve set performance objectives at different levels of seismic events. Checks explicit and quantitative design were made using linear and nonlinear seismic analysis allowed to verify compliance with the three levels of seismic design required by the authorities.

In the place where CCTV rise, values horizontal ground acceleration associated with the three levels of design earthquakes are 7.20 and 40% respectively of gravity. The structure was a challenge for engineers. They had to design a construction plan for two towers supported in 60° to 90° bend in its top and bottom, to meet, forming a continuous loop. The towers were built in the opposite diagonal corners with a footprint of 160 x 160 meters, on a base of 45m in height and 9 floors, connected by a podium in a ‘L’. In its upper part were co- joined by a bridge to ‘L’ parallel to the podium. Thin concrete cores inside the building support internal floors. Basements with 4 levels reaching up to 18m below ground.

An exoskeleton system of diagonal grids has been adopted on the external faces of the building to a loop structure that oppose gravity and any lateral force. The positioning of the columns and downtubes reflects the distribution of forces in the surface skin of the building. Diagonal columns grids have the same width exposed, but the depth varies according to the load, while the diagonals are all plate girders 1m x 60 cm, with the only variation in the thickness of the steel. The building is designed breaking Chinese codes design for such a structure, but the system was accepted to be a very innovative design.

The structure of the headquarters of CCTV, and the forces acting within the building are visible on the facade: a network of diagonal becomes dense in areas of greater stress, more flexible and more open areas that require less support. The facade itself becomes a visual manifestation of the building structure. The structure of the hybrid freestanding facade features glass panels with a high performance sunscreen 70%, creating a soft silvery gray color gives the building a surprisingly subtle presence on the skyline of Beijing.

With the pattern of structural reinforcement determined from the concept of initial work, a complete set of elastic linear checks covering all combinations of load, even at level 1 seismic load for which they were used were conducted analyzes modal response spectrum. All individual elements were extensively tested and verified the overall performance of the building. The selected items were also initially evaluated under an earthquake of level 2 for elastic analysis, ensuring etasticidad of key elements such as columns. In order to validate the multi- modal response spectrum at level 1, were checked historical time controls, using real and artificially generated seismic records.

The design of the foundations required that the loads applied to the superstructure were redistributed through the “pilecap” raft to engage the batteries enough to provide adequate strength and stiffness. To validate the spread of load cell group, a complex iterative process of analysis was used, adopting a nonlinear soil model. Superstructure loads were applied to a discrete system model piled raft. Several hundred combinations direcionales charges were automated in a spreadsheet for GSRaft control software iterative analysis of soil-structure interaction nonlinear. This procedure repeatedly changed the input data in response to the test results to model the charge redistribution between piles when their safe working load was reached. Next, the analysis was repeated until the results were combined and all batteries were within allowable capacities. The envelope of these hundreds of analysis was then used to design the reinforcement in the raft itself.

The strength of the braces and edge beams must be transferred through and sections of the column with minimal disruption to the tensions already present in the column. The connection is formed by replacing the flanges with a large column of steel plates “butterfly”, which pass through the face of the column and are then connected with the clips and the edge beams. To simplify the detail and construction of concrete around the steel section, no network column connection is done. Seals must operate with braces, beams and columns as a “strong joint / weak component”. Connections must withstand the probable maximum load that was delivered to them from the clamps, with minimal performance and a relatively low degree of stress concentration. high levels of stress can lead to breakage of fragile welds under cyclic seismic loading, a common cause of failure in connections observed after the 1994 Northridge earthquake in Los Angeles. The connections, representing the typical causes and more severe, were modeled from the original AutoCAD drawings using MSC/NASTRAN, a package of finite element analysis of high resistance models were analyzed by subjecting them to the full range of forces that can be developed before braces buckle or yield to assess the magnitude of stress and the degree of stress concentration in the joints. then the butterfly shape plate was adapted to soften the corners and notches until potential regions of performance were minimized and degree of concentration of efforts placed at normal levels allowed in the practice of civil and mechanical engineering. 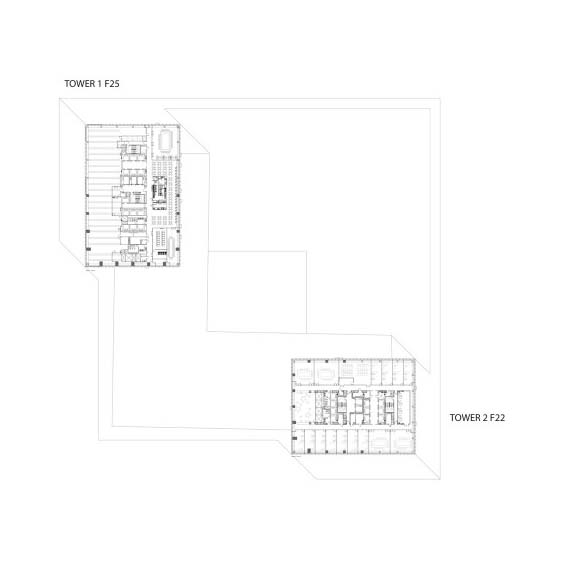 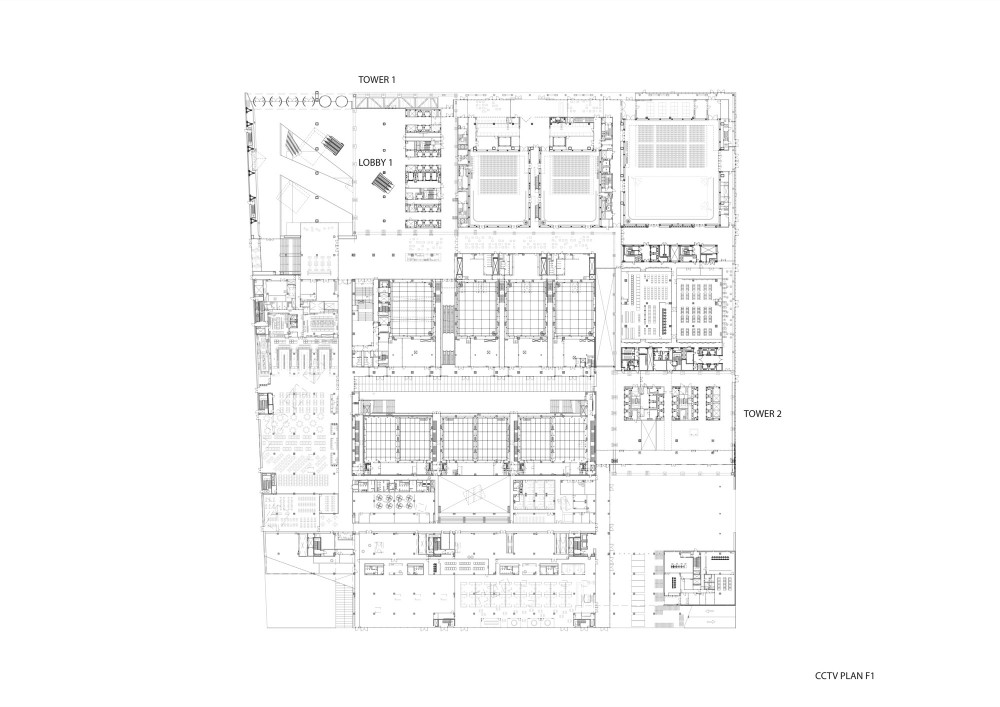 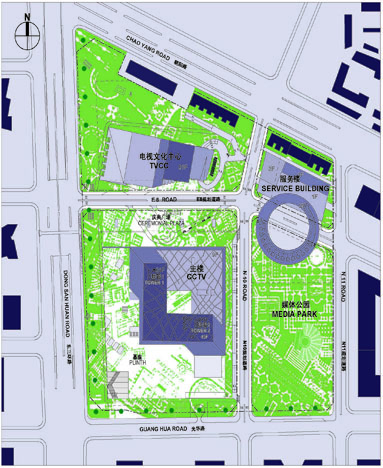 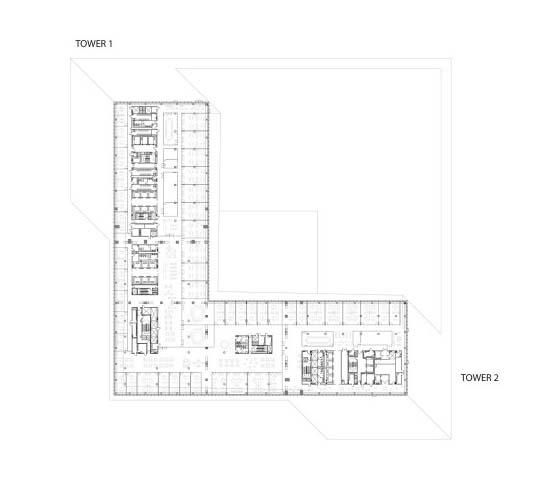 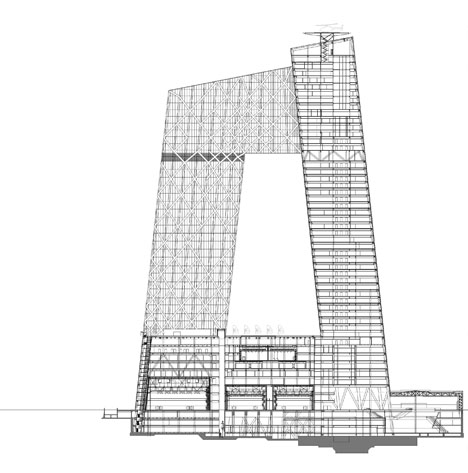 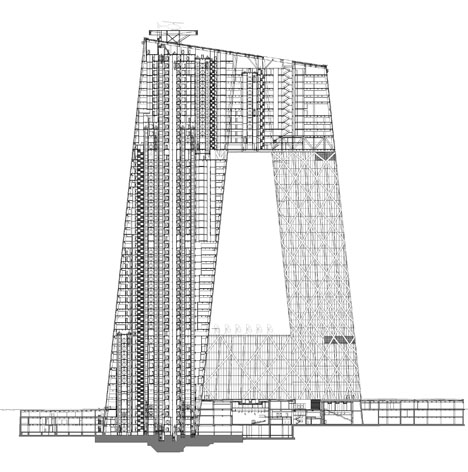 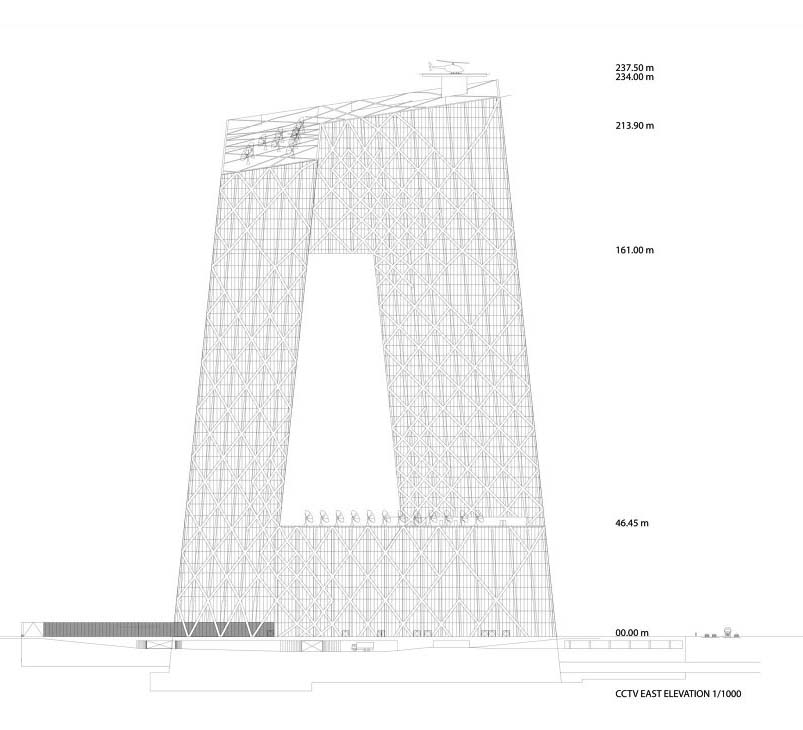 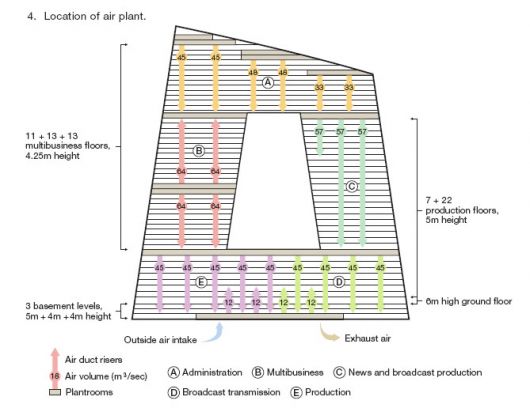 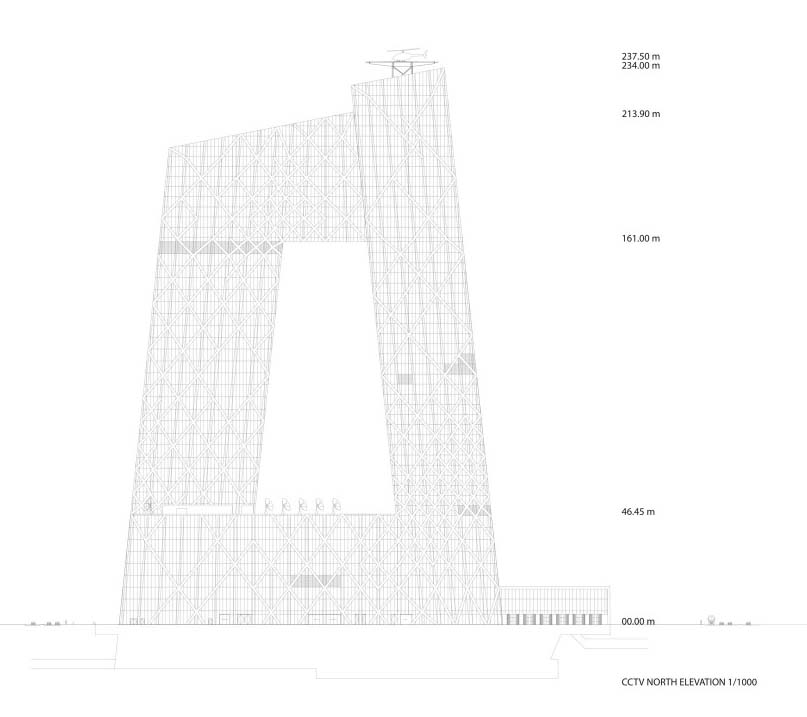 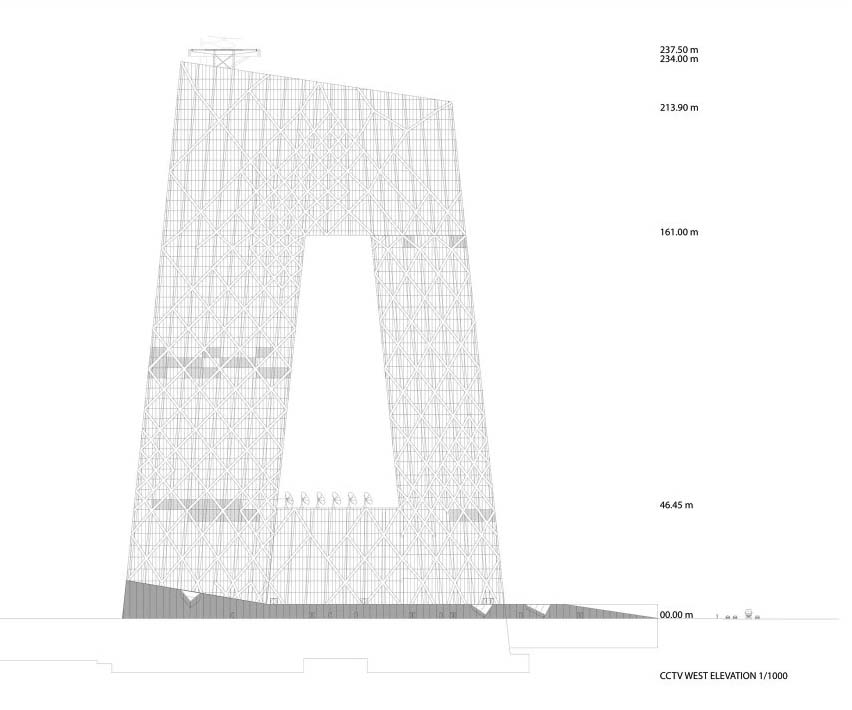 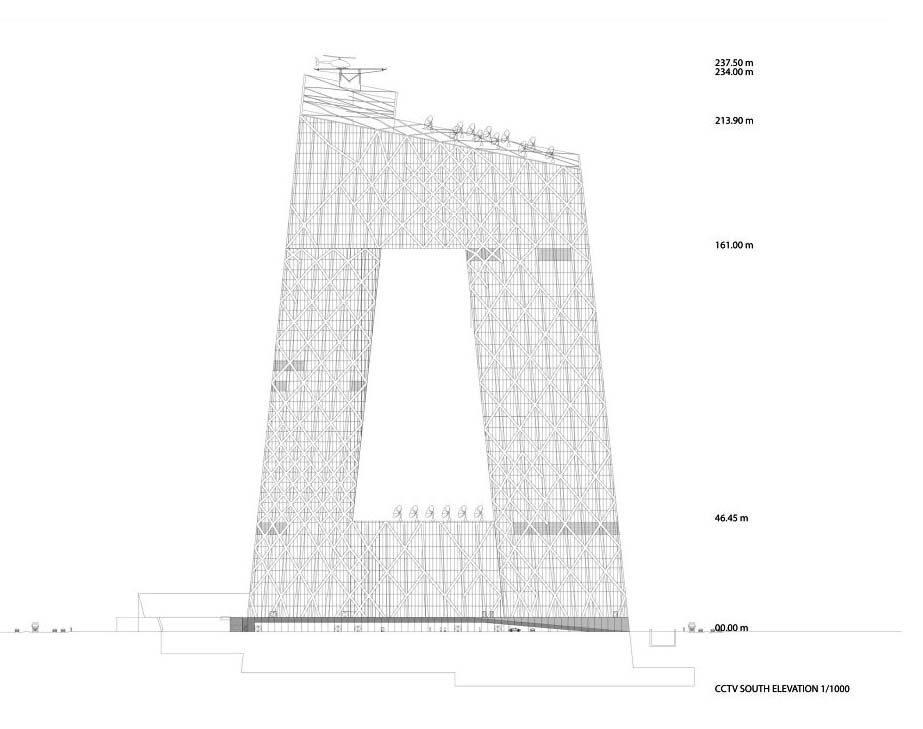 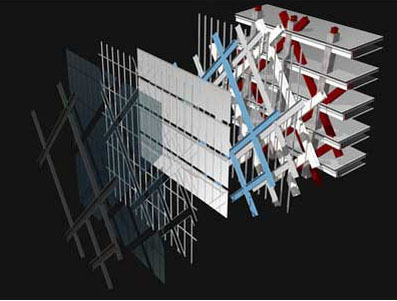 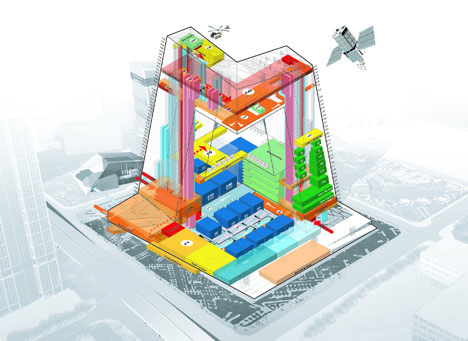 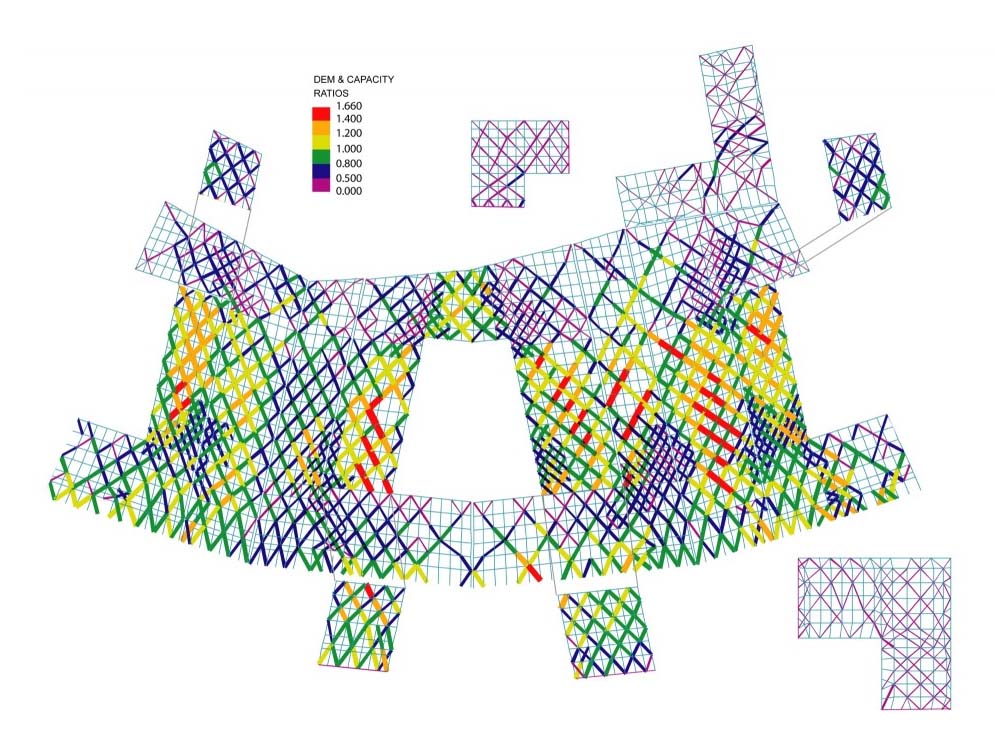 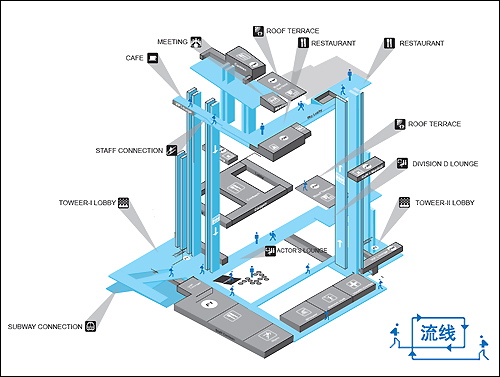 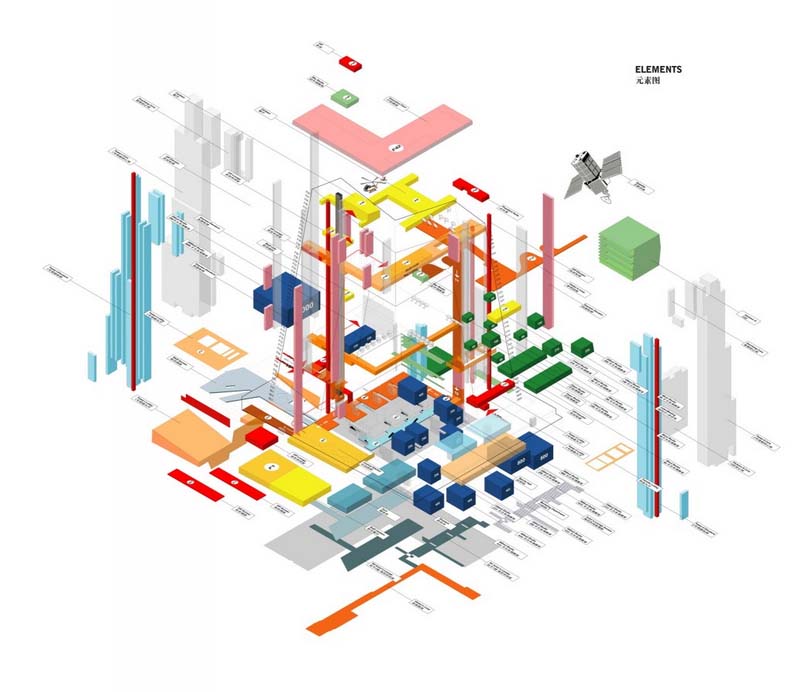 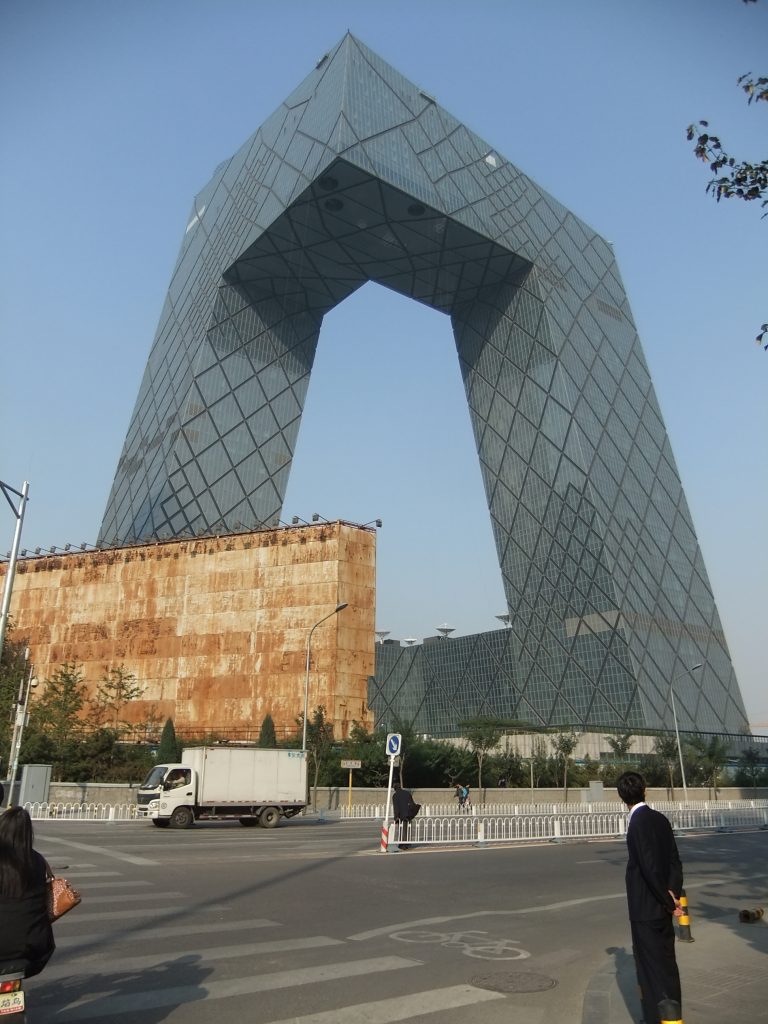 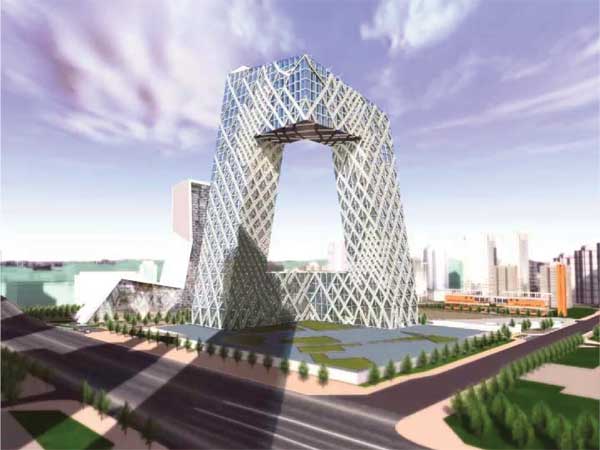 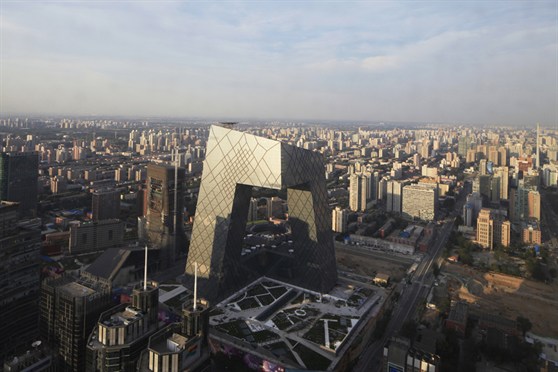 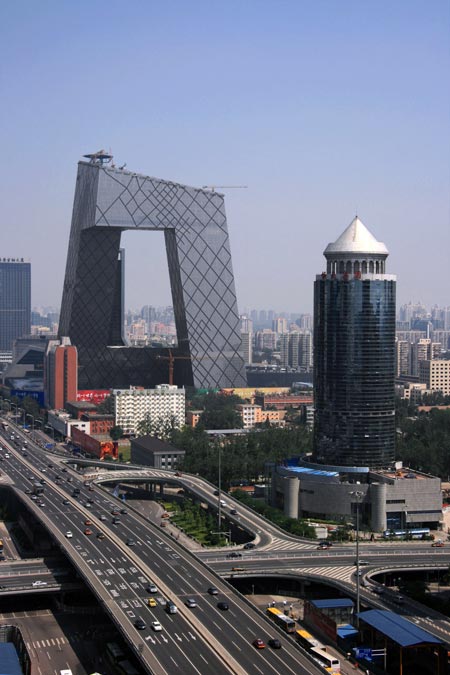 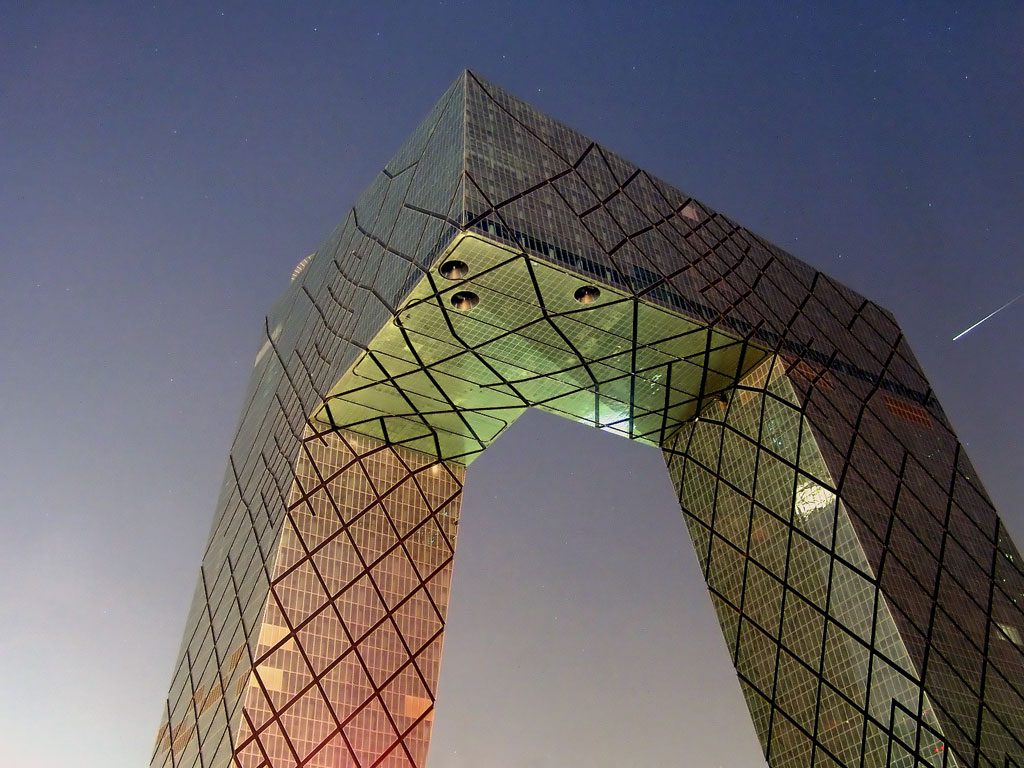 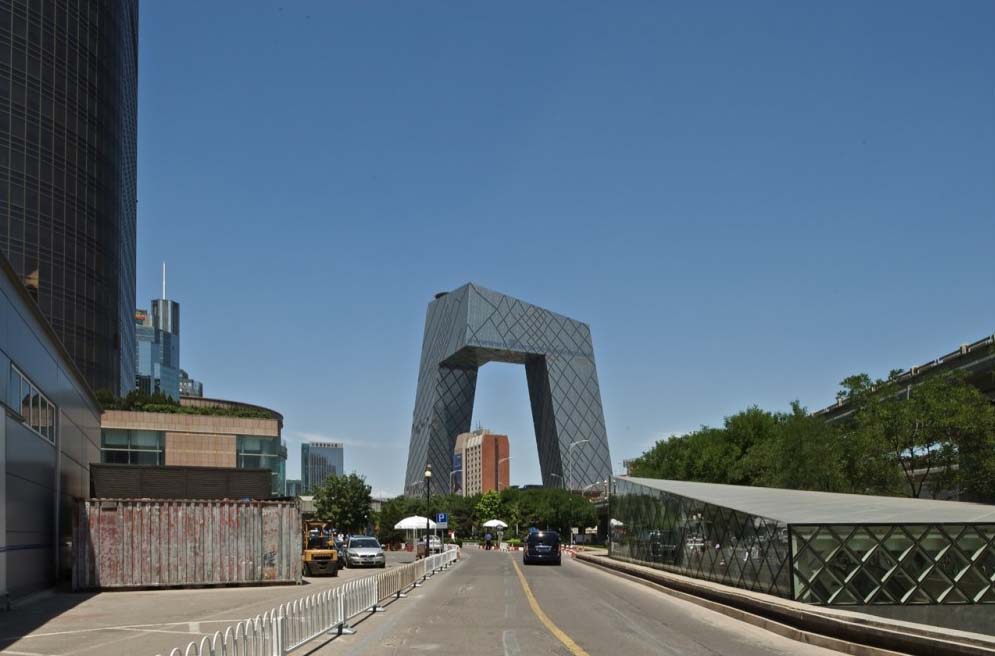 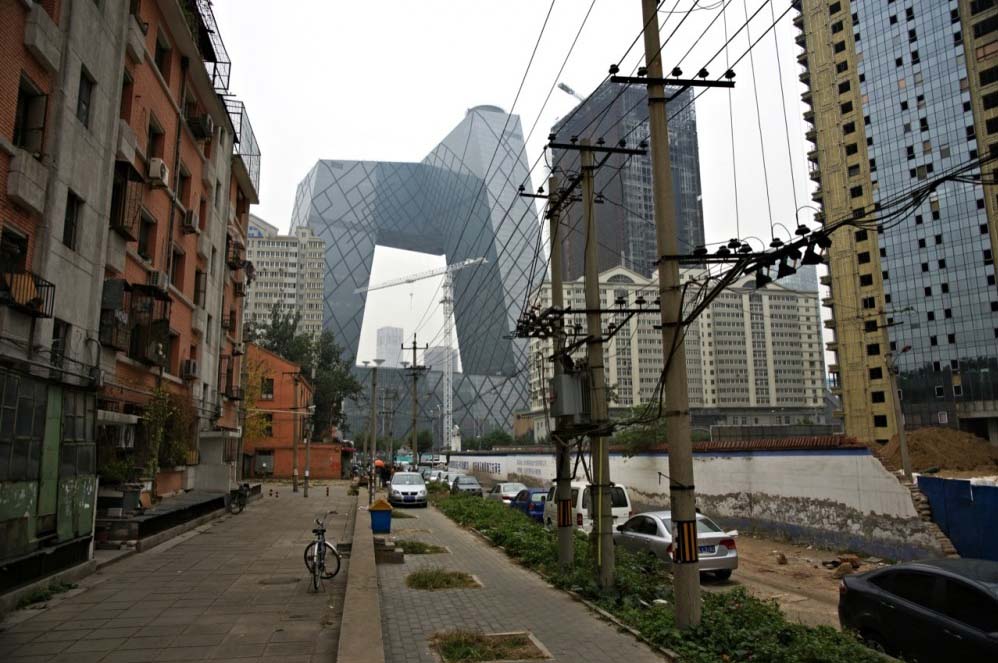 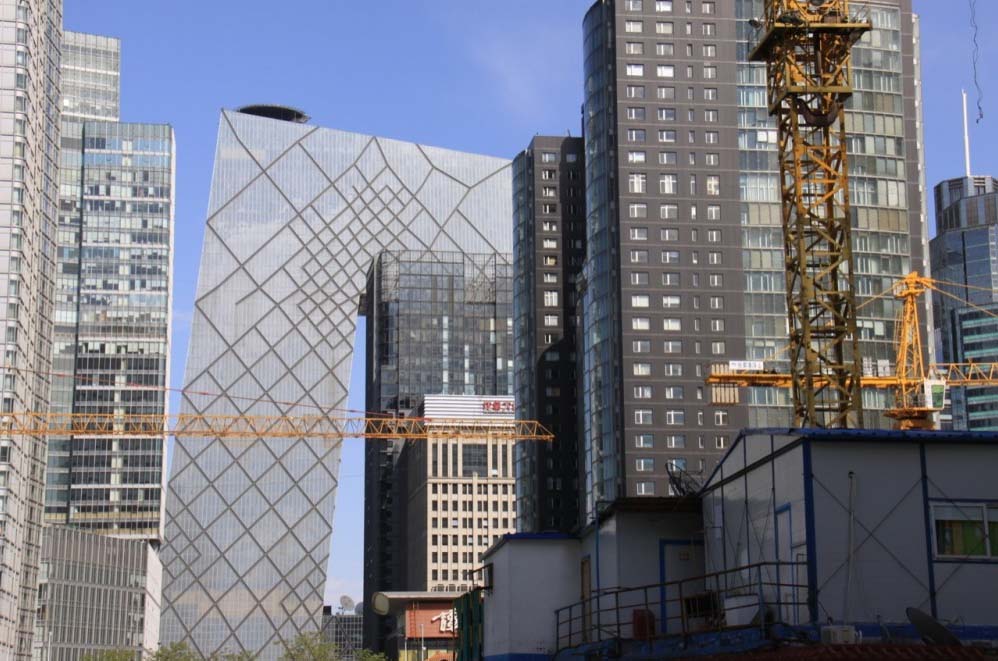 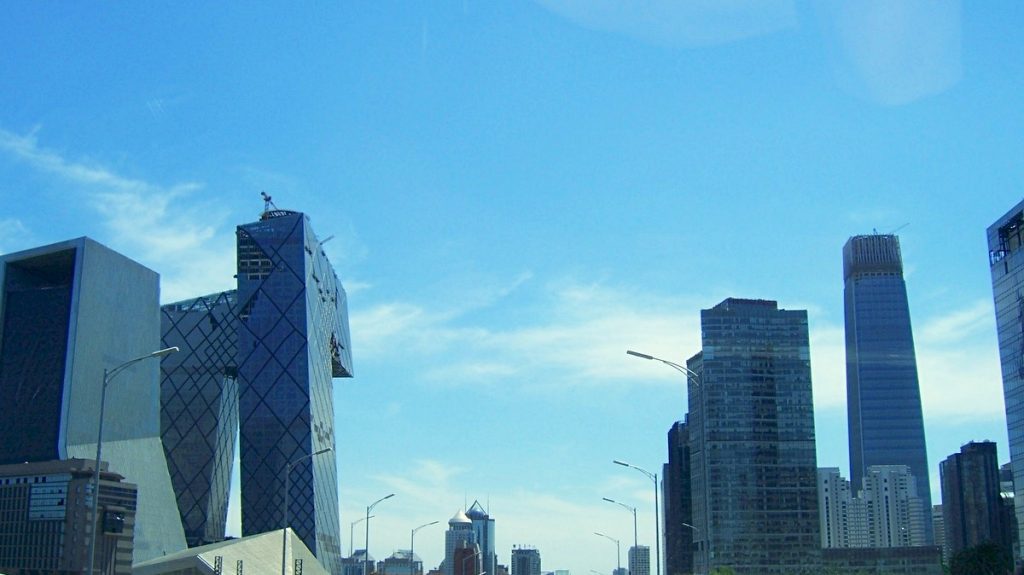 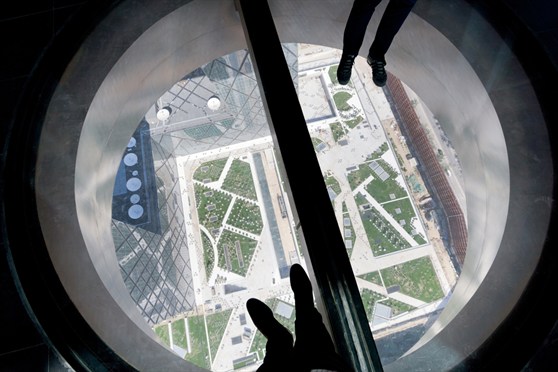 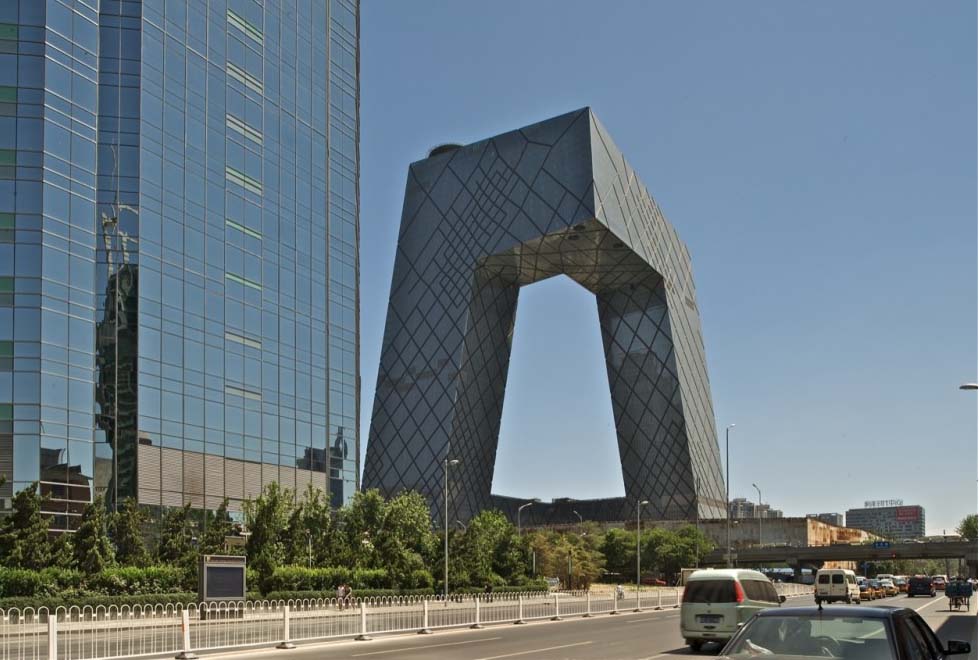 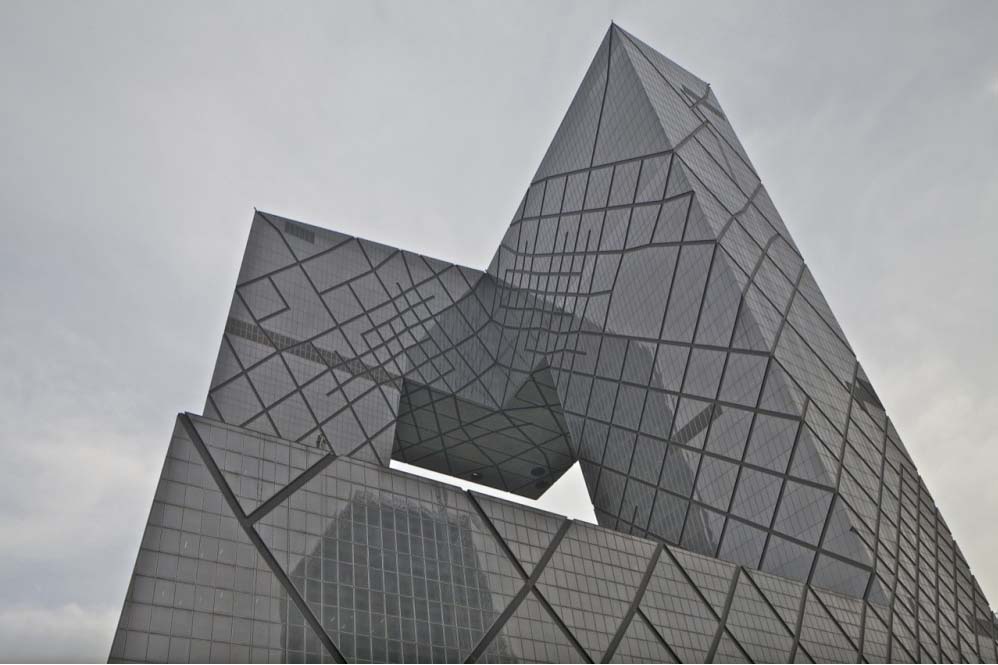 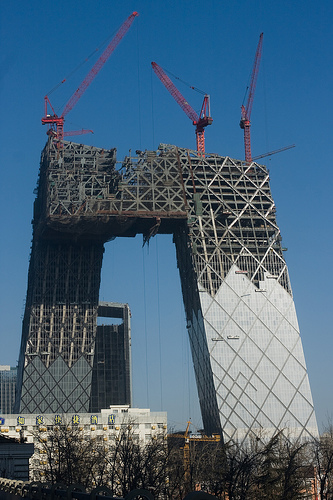 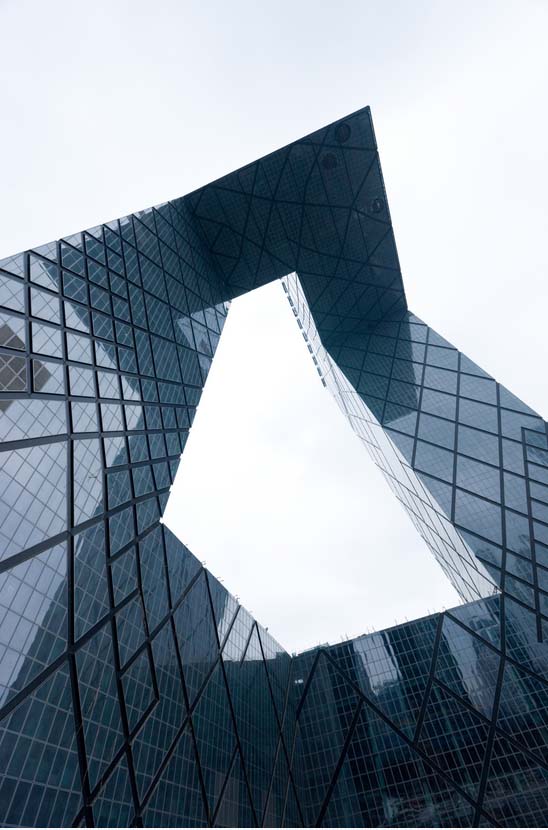