As with other Spanish architects who reached professional maturity in the mid of 1940, the first works seem to develop domestic Coderch from Catalan architecture and even sometimes literally in the same land.

In the House Catasús, a wonderful home from the viewpoint of an architect, can be seen primarily, and many others, three core values that make it extra time to be inhabited. These are: access to the house to produce a transit between urban and natural-private wings as their distribution functions and sensations of differentiation between day and night, spurred by the successful way to solve the housing that was in its Coderch time.

The plot was built in which occupies a corner that is a side street Josep Carner No 32 -36 and on the other street Leonardo Torres Quevedo No. 5 in the Terramar Beach exclusive neighborhood of the town of Sitges, just 40km south Barcelona, Spain.

Catasús The house was a tour de force and typological space, with formal results functionalists.

The serene horizontality of the house of a plant, it emphasizes in its southwest side by a thin flat roof overhang on that, at noon, casts shadows on the pool area.

It has dispensed with curved walls and the parameters broken.

With its walls painted with white lime rich soil slides roof to create results of continuity inside – outside.

With doors and windows facing rooms with multiple measures 0.80

The functionality of access, and the manner in which both hiding and showing us the house is one of the greatest virtues of this housing.

It merges with the garage, thus creating a large entrance porch, which reduces the impression of loss of open space, which would result in the event that access is limited to a small door. This in turn serves as the first space of the house, the lobby leading to the inside without realizing the same as the main way to stay involved a 90-degree turn, which prevents any vision during the approach, but still maintains the relationship with her by establishing the continuity of the wall in the background.

As we rotate, we have already entered the house as the master visually happening in a successful tour of the urban space that is natural and private lounge and patio.

From this strategic point we can choose between 3 wings on which the house is, the same as separating the functions, since we are at the point structured around it, first the area of services (1) (kitchen, service area, bedroom and bathroom…), on the other wing of bedrooms (2), and finally the living room (3), formed in turn by the sitting room and courtyard to which it opens.

The latter part of the house, which is the most important being the area served by the remaining parts of the house, is characterized by its openness to the outside patio to the street and picked up by the wing of bedrooms, rioja which in turn leads to a privatization comfort inhabitant. This contrasts sharply with the bedroom wing, which in addition to “close” the patio closes itself to perform the function that is designed, the rest.

Walls plans to exempt that extend beyond the size of the house, seemed to make reference to Dutch Neoplasticism

Blinds sliding slats of the same height as the house. 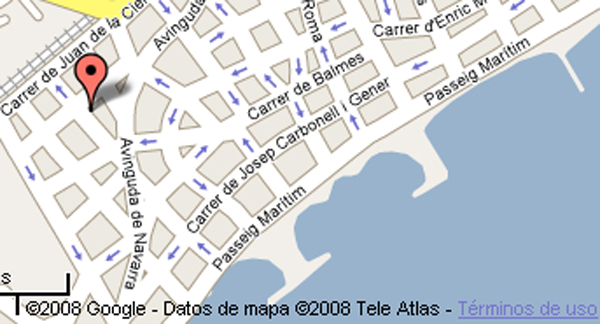 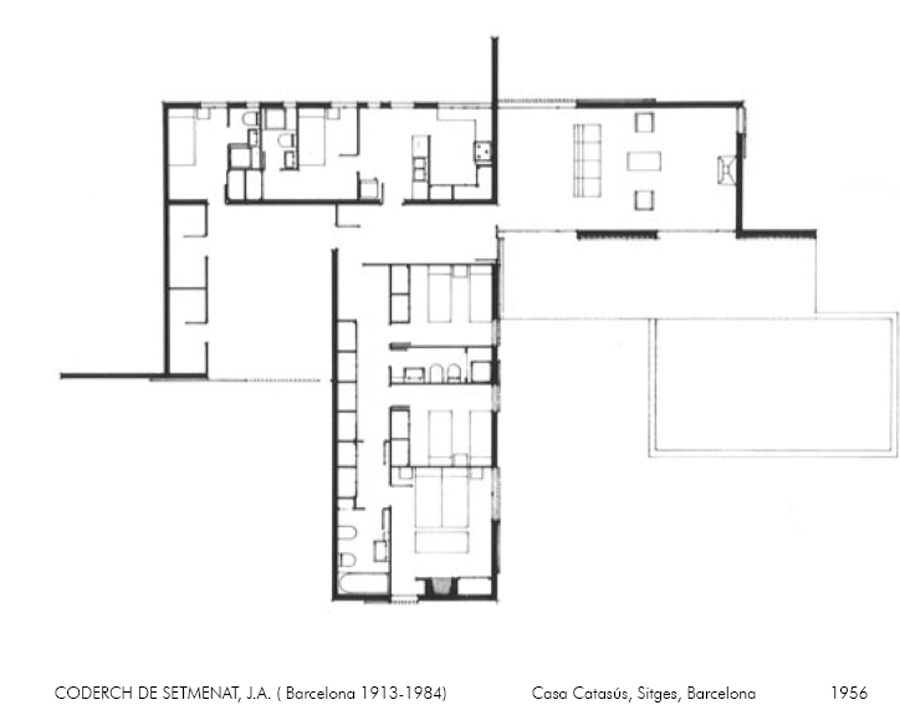 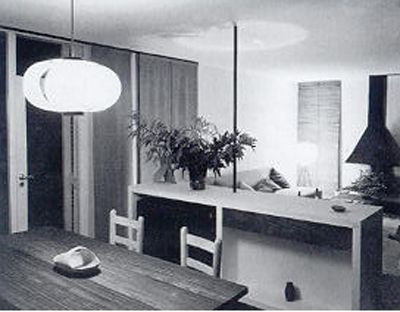 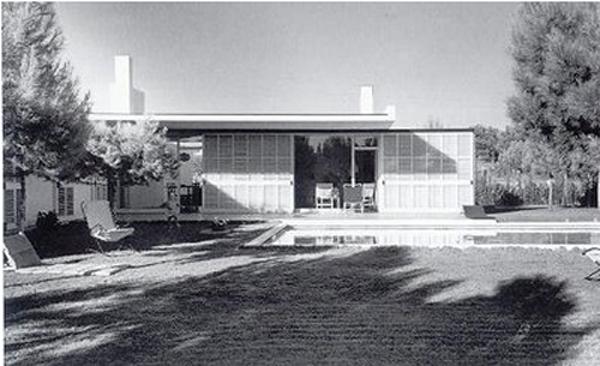 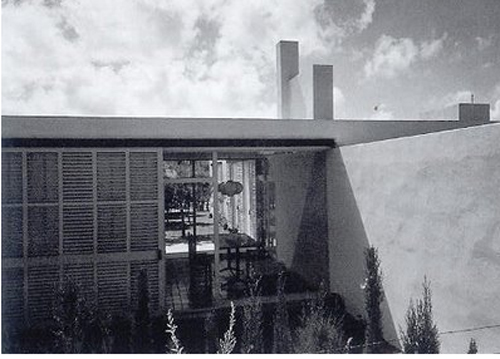 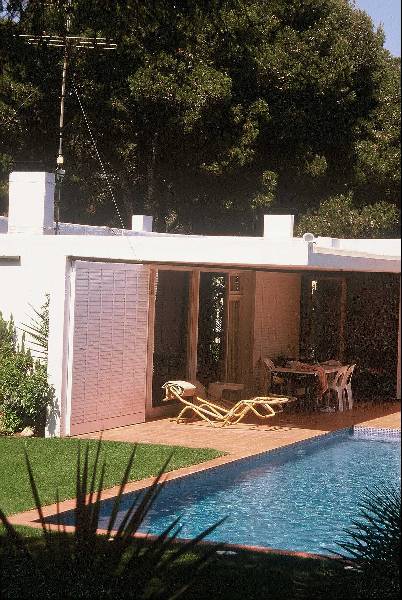 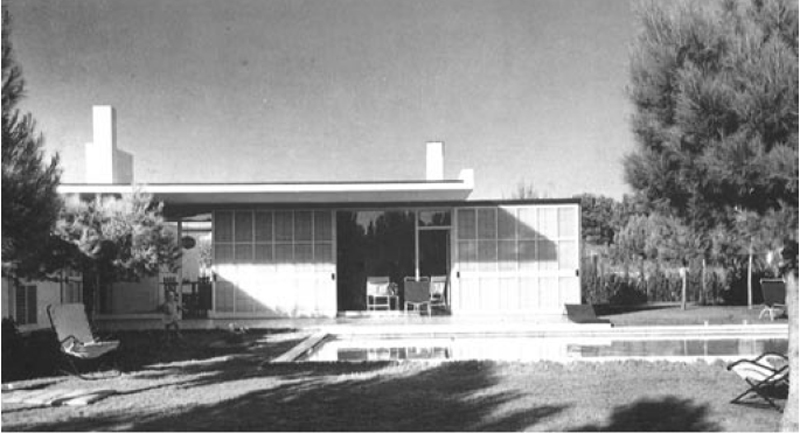 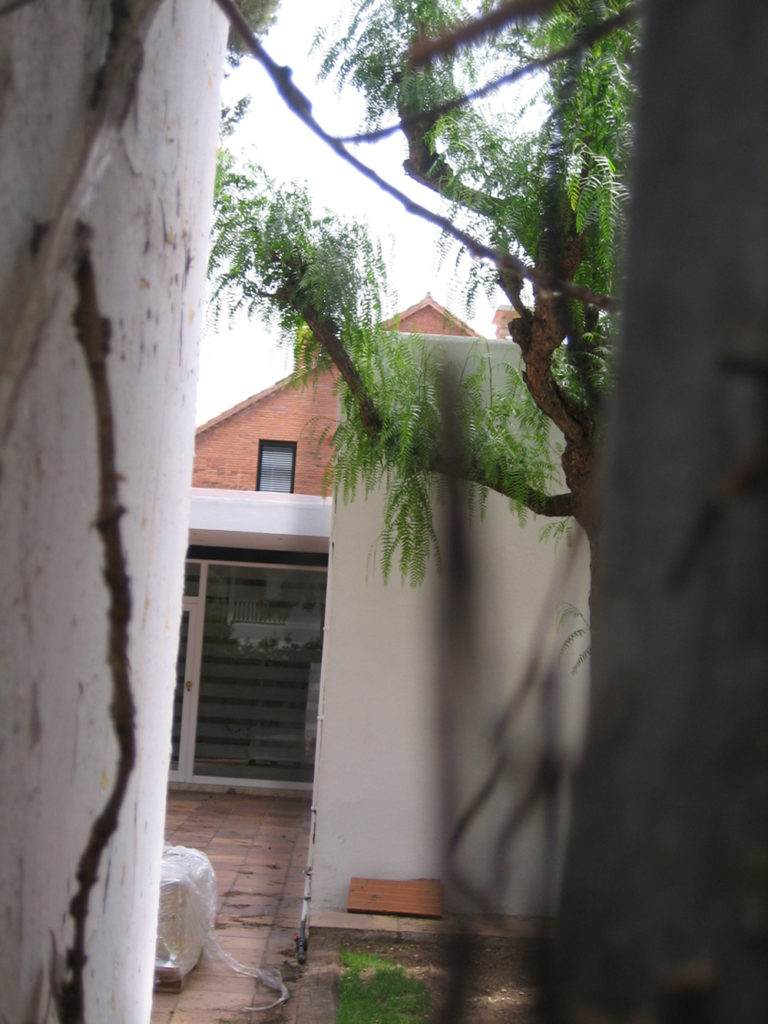 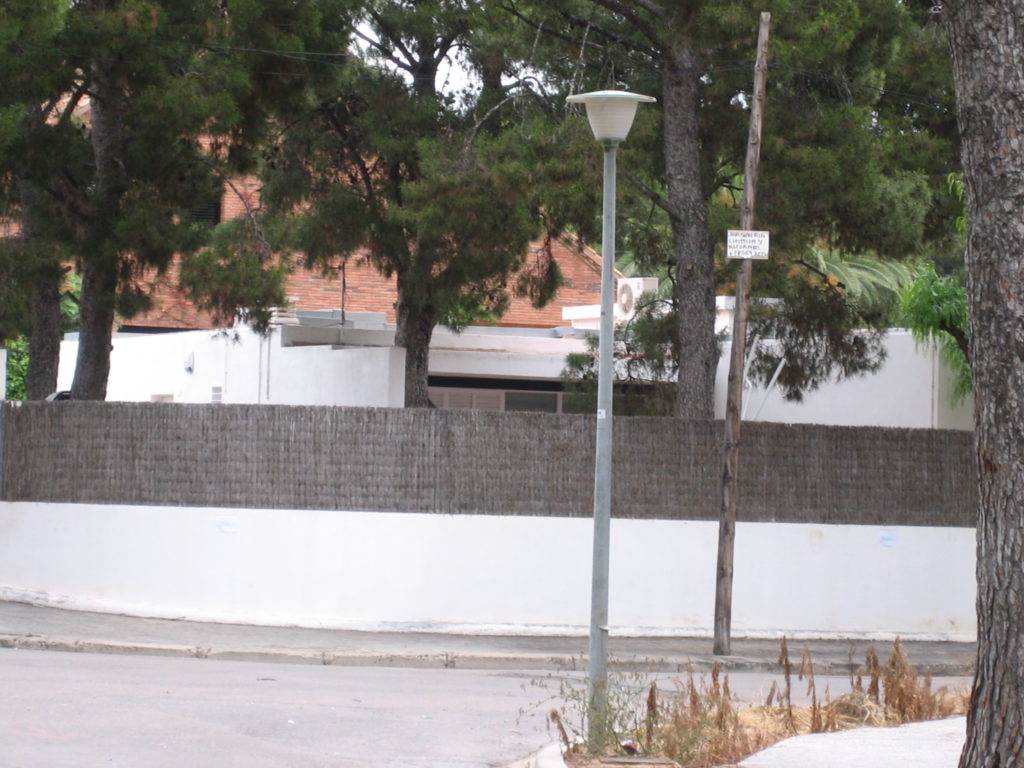 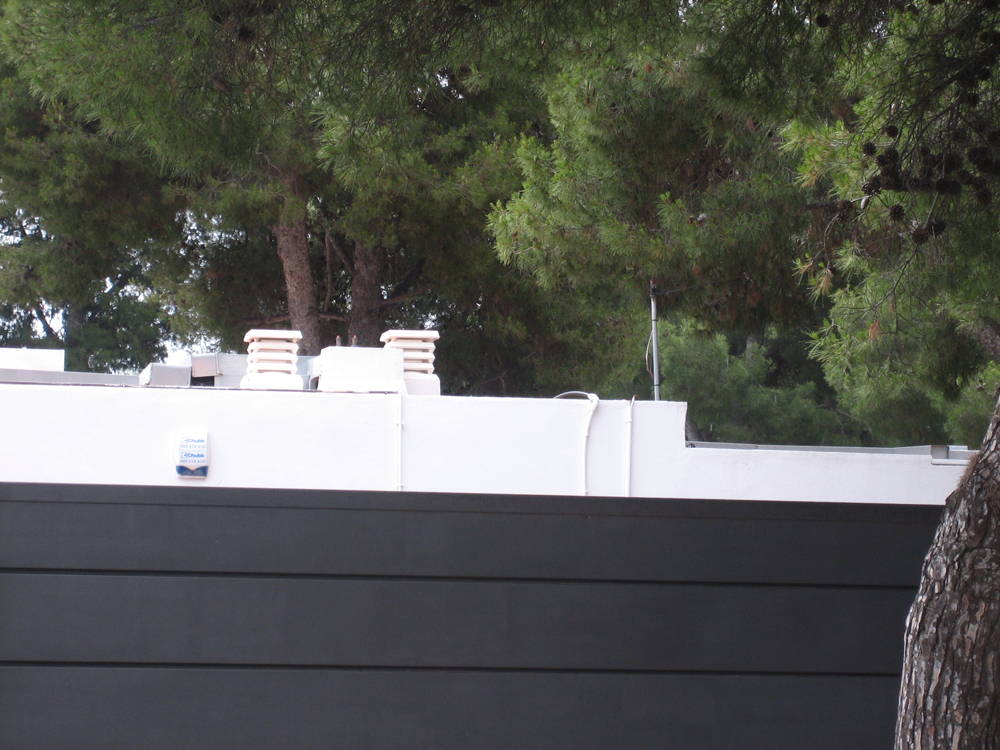