At the time of its completion in 1885, Andrássy Avenue in Budapest was considered a masterpiece of urban planning, even to prohibited public transport in the streets to preserve its character. This brought the idea of ​​building a railroad underneath it. The first metro line in continental Europe opened in 1896 and is still in use as M1 or the yellow line, part of the network of meters from Budapest. It has been renovated several times, adapting its operations to new technologies.

On the occasion of the celebration of the 1000 anniversary of the arrival of the Magyars to Hungary would take place in 1896, officials in Budapest commissioned in 1894 to the German company Siemens and Halske AG to build what would be the first electrified line metro in continental Europe, following the example subway London pioneer in Europe, under the condition that was operational and finalized for the big event of 1986.
The order of construction arose from the need to transport the festival from the center of Pest at City Park, home of the main festivities for the celebration, why Andrássy Avenue and the Grand Boulevard was also built and which the new metro would become known by users as the Metro Millennium (Millennium underground)

The Millennium Metro became operational on May 2, 1896, one of its first passengers Emperor of Austria and King of Hungary Franz Joseph I, aboard a royal carriage specifically designed. Shortly after the innovative subway line was transporting crowds who flocked to the Great Jubilee events. Since then, this iconic stately transport Budapest serves as a remarkable monument moving the center of the city, the “yellow line” still carries an increasing number of passengers from all walks of public life through their stations elegantly preserved.

The M1 Line, Yellow Line or Metro Millennium today still in use and extends between Vörösmarty tér, called Plaza Gizella at that time, in center of the capital of Budapest, Hungary, and Mexikói út connecting the center with Budapest City Park, along Andrassy Avenue. 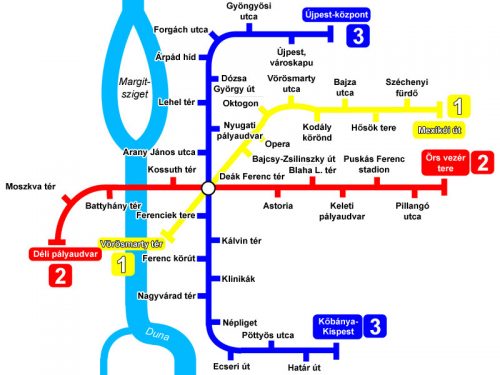 At the time it opened the first subway line roamed Budapest 3.7km, 3.2km of which were underground, along the Waitzner Boulevard and Andrássy Avenue in northeast-southwest direction from Gizella Square today Vörösmarty square, the exhibition center in City Park, with a frequency of 2 minutes capacity to transport 35,000 people per day. At that time there were 11 stations, nine underground and 2 at street level.

The main purpose of what was called then the electrical Metro Franz-Josef was to provide a safe and fast transportation for many visitors who were expected to attend the fair. 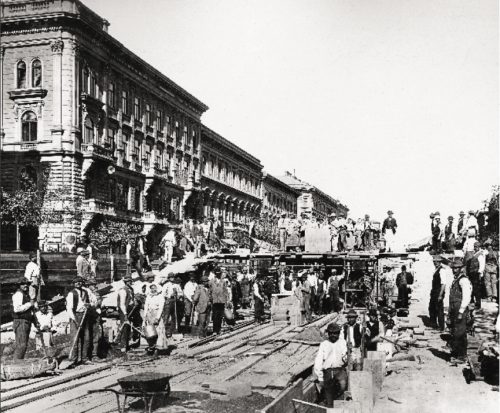 Since time was a key factor in the project it was approved by the relevant committees faster than expected: in just a few months, August 9, 1894, a license for construction and operation was issued, on condition the railroad was ready to run in time for the Millennium Fair. The 20 months until the event should be sufficient for the construction of the metro network and supply electrical equipment for locomotives. Construction began on August 13 and the main contractors were Róbert Wunsch, important Hungarian businessman and Siemens et Halske. Due to time pressure, he worked in two shifts. By nightfall, workers worked in the light of the lamps. A total of 138,000 cubic meters of soil were excavated, and 47,000 cubic meters of concrete and 3,000 tons of iron for the supporting structure were required.

Despite the various problems that could not be foreseen during the planning of the pioneering project, the metro was completed on time. The opening ceremony took place on May 2, 1896. 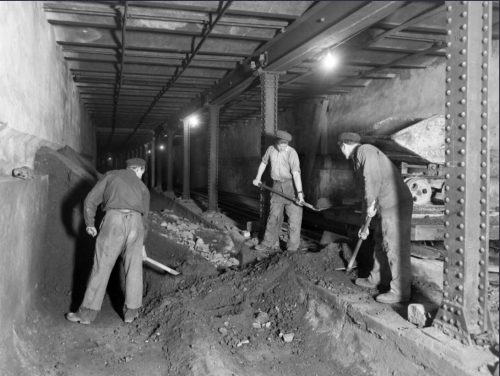 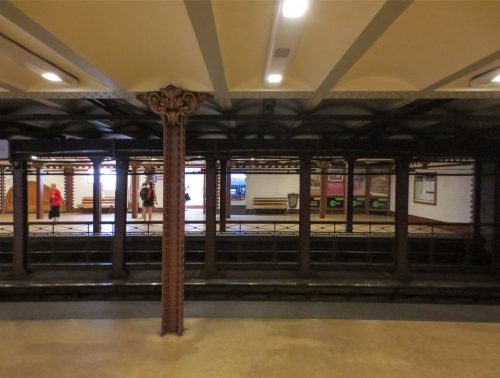 Subway construction phase to phase was performed. The first was to raise the pavement of the avenue, then excavate and remove almost 142.000m3 of materials. Then the foundation and side retaining walls were built, for which and due to the short time that was available, were used trenching method used for roof and tunnel construction.
The tunnel is located just below the pavement had a uniform height of 2.85m, with foundations, supporting walls and concrete ceilings.
Steel pillars are anchored to the foundation slab to support the steel beams of the roof and after their placement the individual spaces between them were filled with poured concrete.

One of the problems to be solved during construction was the great cloaca passing under the Grand Boulevard and crossing Andrássy út until Oktogon. The subway tunnel had to step over the line as the substrate in this area is very loose and deep excavation would have been very costly, if not impossible. As a result the bottom plate of the tunnel placed just 3.5 meters below the pavement 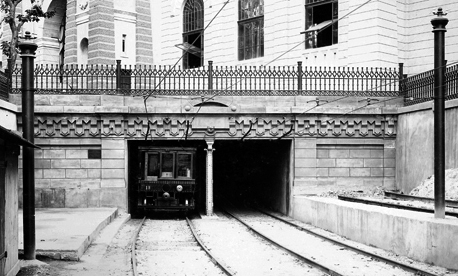 As usual in electric transportation systems of the time, the meter Budapest available a small power plant. To reinforce supply two steam engines made to existing in the Gärtnerstraße plant, power plant of the Budapest City Railway Ltd. Each of these machines gave a direct impulse to 11000 amps and a voltage of 300 were added to the already existing.

The metro was operating with 20 cars, some with wood paneling and others simply painted. They were manufactured at the factory in Budapest signing Schlick. All electrical equipment including motors and switching devices was supplied by Siemens & Halske. The trains ran on two tracks with their respective platforms built in the underground tunnel 6m wide.
At the end of the tunnel there was a direct dual power cables supply tunnel ceiling, while supplying surface section was made through overhead wires. The tracks, with a gauge of 1.435mm, were built with asymmetrical way Vignol and the two overhead wires were low profile rails were electrified at 350 V DC. 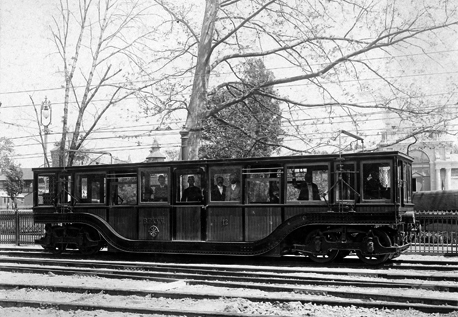 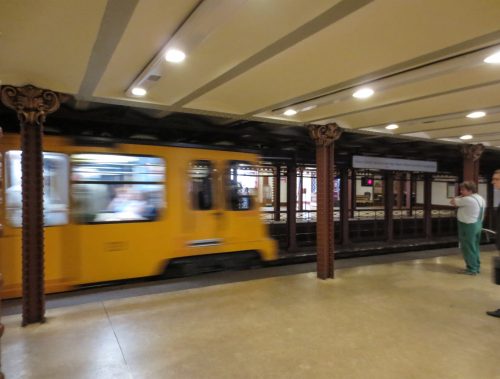 Due to the size of the underground tunnel, the cars were relatively small, so the line was also known as the “small underground.” Each car can accommodate 28 passengers seated and 14 standing. In contrast to surface trams, the cab was completely separated from the passenger cabin.
For the duration of the fair the subway ran from 6 to 1 in the morning, with a train every two minutes at peak hours.