Clients Melba and William Beard were an aviator and a professor of engineering whose parents, radical activists Charles and Mary Beard, were close friends and admirers of Richard Neutra.

Despite launching Neutra to fame, the Lovell House, completed at the same time as the collapse of the stock market in 1929, proved extremely expensive. Though novel for its steel structure, its equation “structure + coating = wall” was not new.

In July 1934, at the height of the Depression, Neutra returned to employ a system that seemed much more tailored to low-cost, prefabricated accommodation, being cheaper, easier to build and more solid; it consisted of coating, bearing walls, heating and cooling in the same unit. However, the Beard House, at 111 square meters and cost $4,950, was not a prototype because it was virtually hand-made, including the pins for sliding windows, and even the steel and glass sliding doors – usual in trade – had individual dimensions.

When the house won the gold medal in 1934 in the prestigious contest sponsored by Better Homes in America – a movement chaired by former President Herbert Hoover to promote home ownership – Neutra had to consider that the systems employed in his buildings enjoyed increasing acceptance. In fact, again using the Palmer system for two other projects: the Military Academy in California (1935) and Casa Josef von Sternberg (1936).

In a 1981 letter to the new owner of the house, Melba Beard wrote: “I regret that in our recent years we do not have a place like our home in Altadena, that provided a freedom of spirit, a closeness to nature, a life repossessed… as Neutra wanted.”

By embedding vertical panels 40 cm in the concrete foundation walls, there emerged a rigid structure “designed to withstand lateral efforts as gusts of wind or earth movements.” Thus, the house had great consistency, although perhaps not resistant to the most devastating earthquakes.

Located just at the foot of the mountains of San Gabriel, full of scrub and famous for its sudden rapid spread of fires, the house, being all steel, was also prepared to resist fire and termites, as requested by the customer.

The thick I-Sections of the ‘Palmer’ separating the glass are coated with cadmium, a glossy smooth parabolic shape, reminiscent of a fender of a car or the wing of an airplane of the 1930s; the curve was also intended to “dematerialize” the wall, making the eye slip by the interrupting vertical.

Here, the lamps illuminate both sides of the entrance. The bands of light housed in the eaves of the roof at night mitigate the transition between inside and outside. The doors were framed with moldings that were invisible in the plane of the wall. Big plates of tempered masonite, an economic material, and tarpaulins were rubberized to shine their dark blond color.

In the style of traditional Japanese housing, a band of white runs over the plates of 2.4 m in height to unify the room. The house is relatively closed to the street and open to nature at its back.

The doors, 2.4 meters high and set in 2.7 meter walls, common in the houses of Neutra in the 1930s, increased the feeling of grandeur space.

The observer is faced with a stack of stainless steel, with its fire box located asymmetrically; a few seats embedded and western-oriented in the garden create an effect of an old house.

As usual, Neutra placed windows high in the north wall of the kitchen with a “full view of the mountains, the taste of the owner of the house,” and installed a countertop of white rubber of 3.6 meters in length; unfortunately the material suffered cracks and faded with time.

As the envelope consisted of hollow steel plates, air was pushed into the space above… to heat the interior space on all sides.

The floor heating system, with its plates of air in a double layer of 30 centimeters thick consisting of diatomaceous earth, act as a monolithic heat plate in the style of “old Roman baths. He thought of this, a logical way, but mistaken in that the external openings located at the base and at the top of corrugated steel sheeting also could be used to “inhale” cool air in summer and “exhale” from the top to through small ducts… mimicking the beetle’s shell.
This cooling system never worked, perhaps because they had few channels or perhaps because they were too small.

As was typical in Neutra, he compared the two structural systems of the Beard house and the Lovell House with biological phenomena.

According to Neutra, “the structural model of the organic internal skeleton, as in amphibians, reptiles and mammals [Lovell House, the , with a skin of Gunite], aroused in me an interest in the phenomena contrary to nature, the exoskeleton of the beetle [the Beard House is a beetle with its shell breathable and hard].”

This special ‘shell’ was conceived by a local personality, the architect and contractor Vincent Palmer, who welded steel panels on the deck of the corrugated steel roof of the company H. H. Robertson.

Later, Neutra, at a symposium of the United States Navy, explained that the sections of metal plates “were designed to play its role as the floor coverings, but I use them, with my enthusiastic collaborators, such as sections wall-mounted and adjusted quickly to the other decks.” 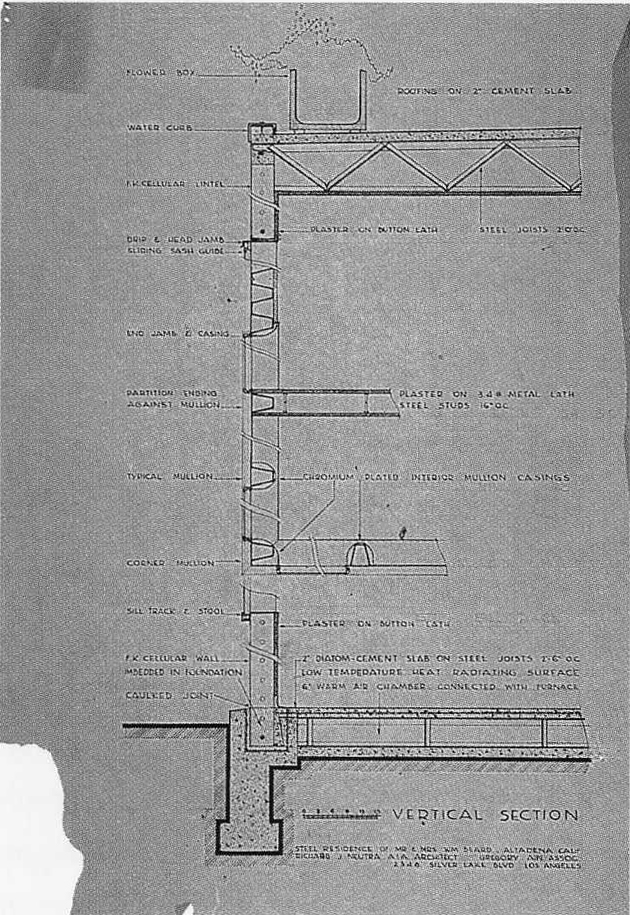 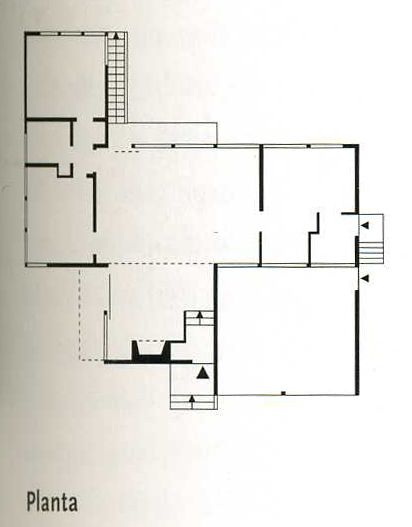 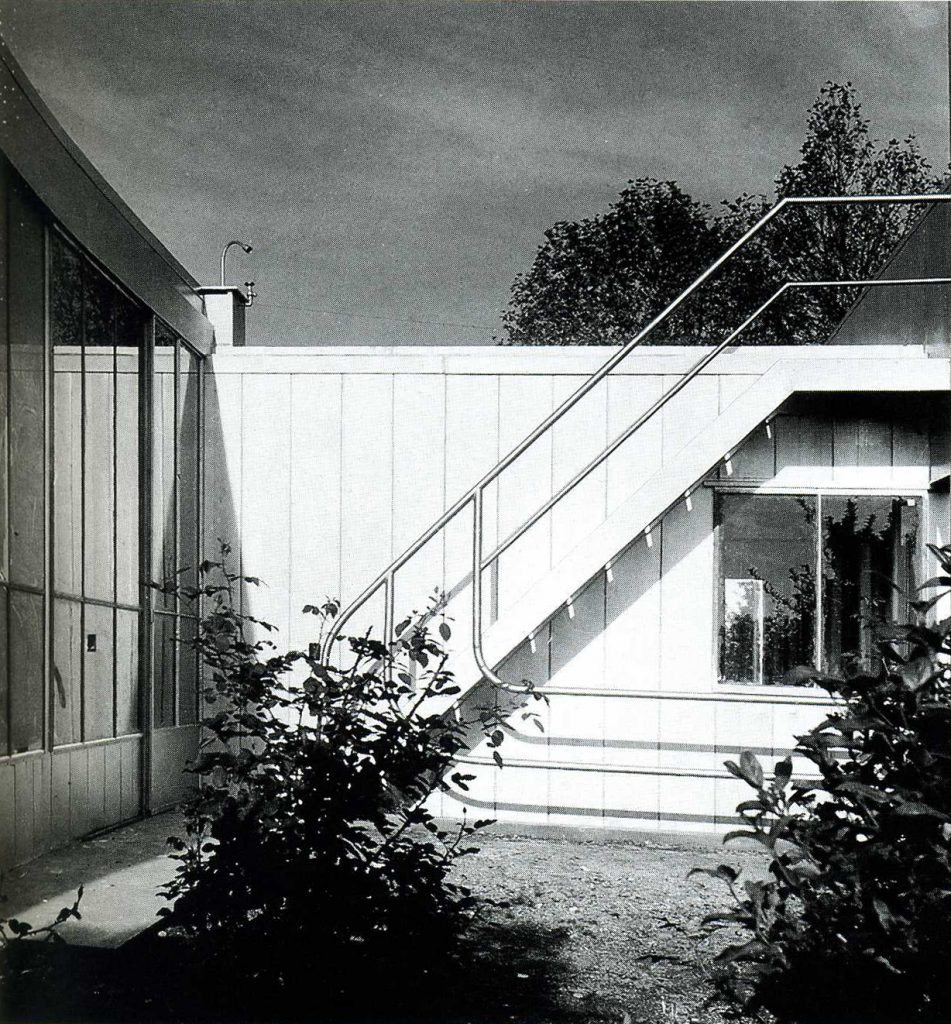 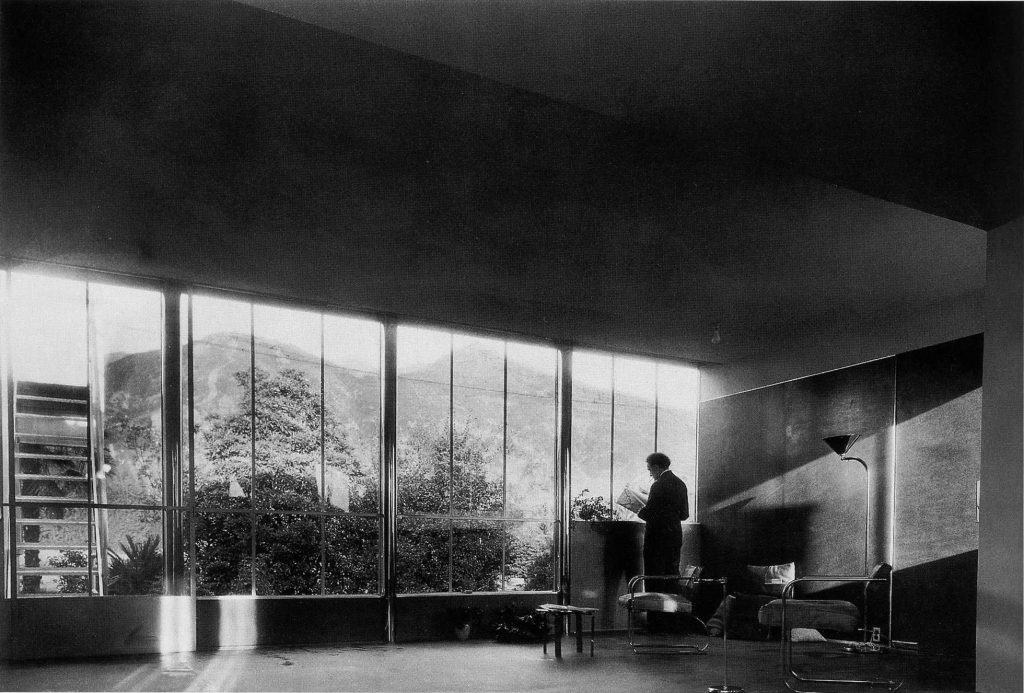 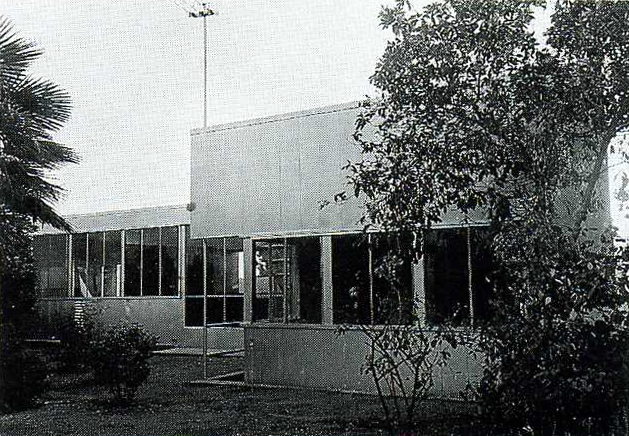 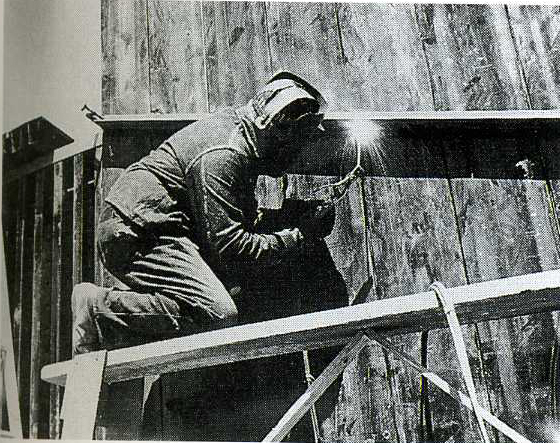 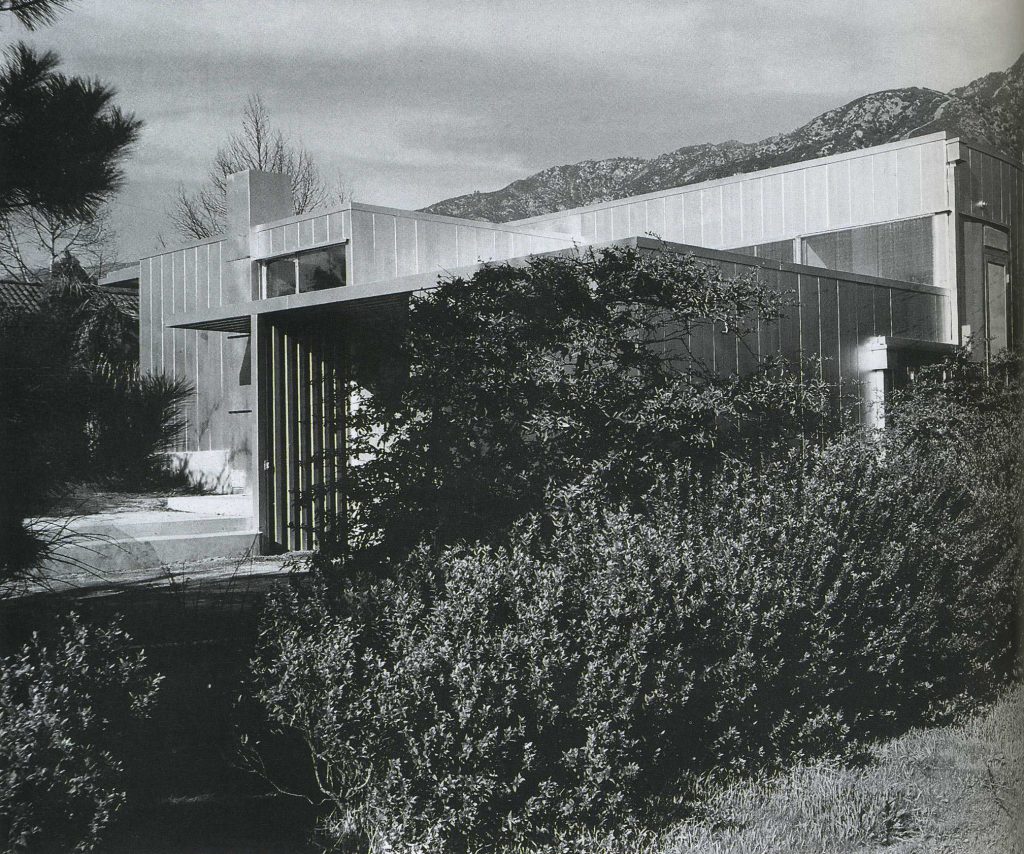