The monumental structure of the Bayterek Tower was inaugurated in the center of the capital of Kazakhstan in 2002, starting a new stage in people’s lives and becoming a symbol not only of Astana, but also of the whole country.

The project began at the initiative of the President of the Republic of Kazakhstan, Nursultan Nazarbayev, in celebration of the 10 years of independence of the former Soviet Union, being the architect of the Akmurza Rustembekov project.

The tower was built in Astana, capital of Kazakhstan. The Bayterek is located in the middle of Nurzhol Boulevard, better known as Radiant Path.

The Kazakh word “bayterek” literally translates as “high poplar”, referring to the tree. That is why the name of Bayterek Tower is so appropriate for a national monument loaded with symbolism and meaning, which connects the ancient world with the modern in a celebration of progress.

All the elements of the tower were designed with a meaning, even the 97m high monument refers to 1997, the year in which Astana was named capital of Kazakhstan.

The unusual construction of the tower is more than a unique artistic flowering. The golden sphere that rests on the multiple pointed needles symbolizes an egg located between the branches of the trees, a nod to an ancient folk tale about happiness and beginnings, centered on a bird that laid its egg on the sacred tree of life , called Baiyterek.

This combination of old and new is intriguing and inspiring for both Kazakhs and visitors, who are invited to travel to the top of the tower and see the views of the city from an observation platform inside its golden dome. This not only provides a unique tourist attraction, but also another means of symbolism, as visitors travel within the “egg” of happiness and beginnings, able to see the modern world from a place of history and legend.

The tower itself has a height of 97 meters that reaches 105m if you consider its base where an aquarium, the Bayterek Gallery and a small cafeteria are housed. Inside the tower there is an elevator that takes visitors to the height of 86 meters where there is a panoramic room with a beautiful view of the city. In the room there is a wooden globe with 17 petals that symbolize the religious movements of the world and an impression of the palm of Nursultan Nazarbaev, the first president of Kazakhstan.

The tower is supported by 500 piles that form a cylindrical structure that opens as it rises, its weight exceeds 1,000 tons.

Among the main materials that were used to lift this structure are steel and glass.

The Baiterek town in the center of Kazakhstan is a reference to an ancient Kazakh myth about the origins of good and evil. In the myth, the Baiterek is the tree of life. A sacred bird, the Samruk, lays its golden egg high in the tree’s branches. The golden egg is the sun, the giver of life and hope. Meanwhile, deep below ground a giant evil dragon, Aydahar, is gnawing at the roots of the tree of life in order to topple the tree and eat the egg. The conflict between the egg (light and hope) versus the dragon (darkness and evil) are a metaphor for the struggle between good and evil in the world. 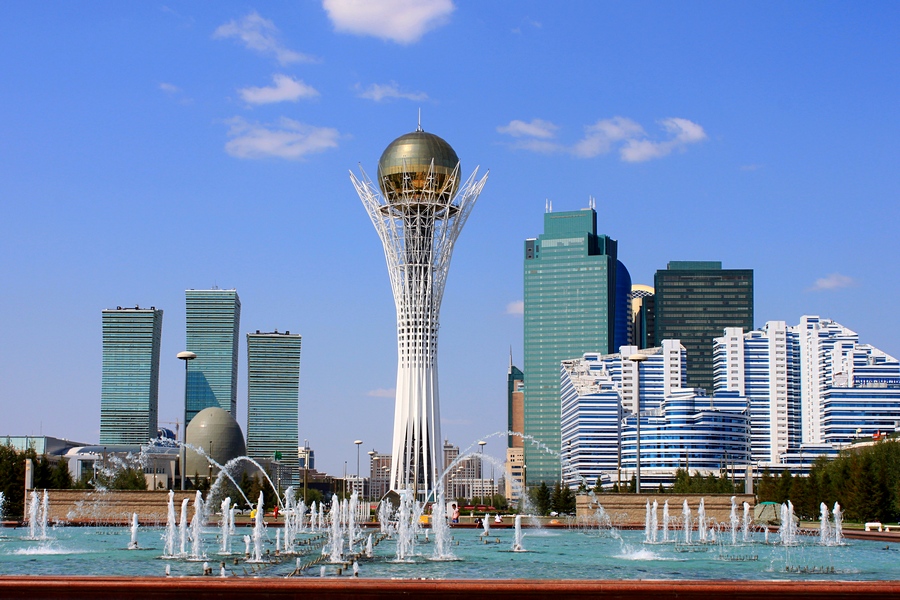 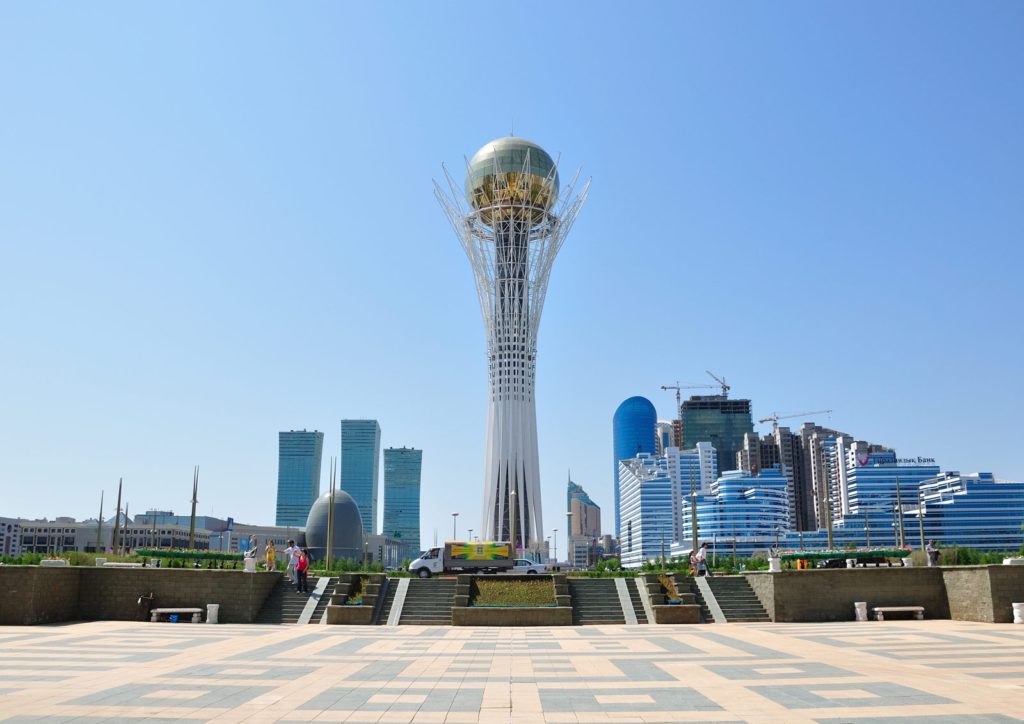 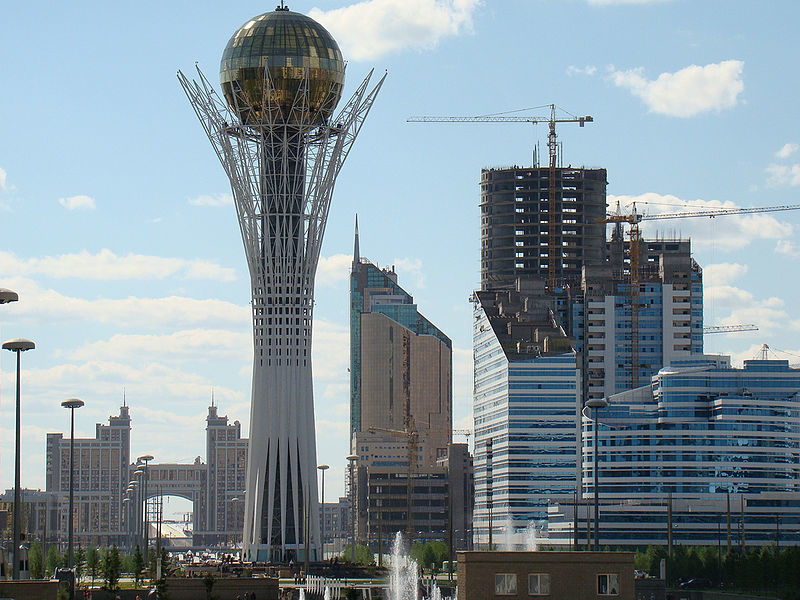 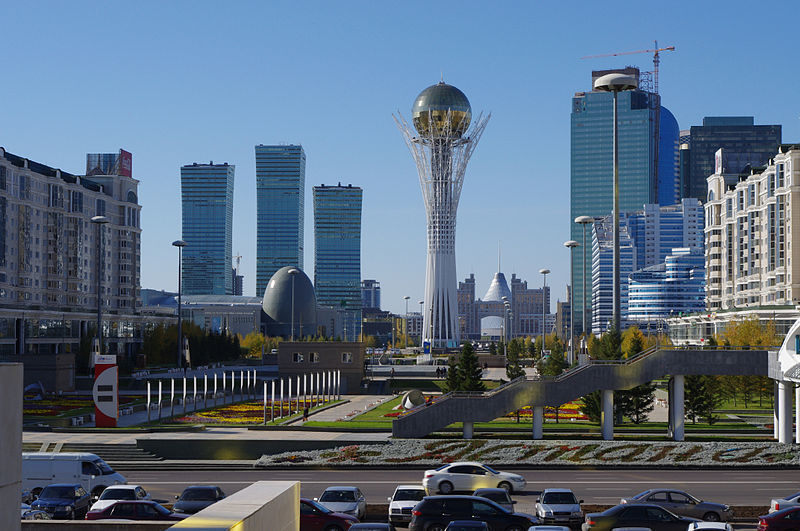 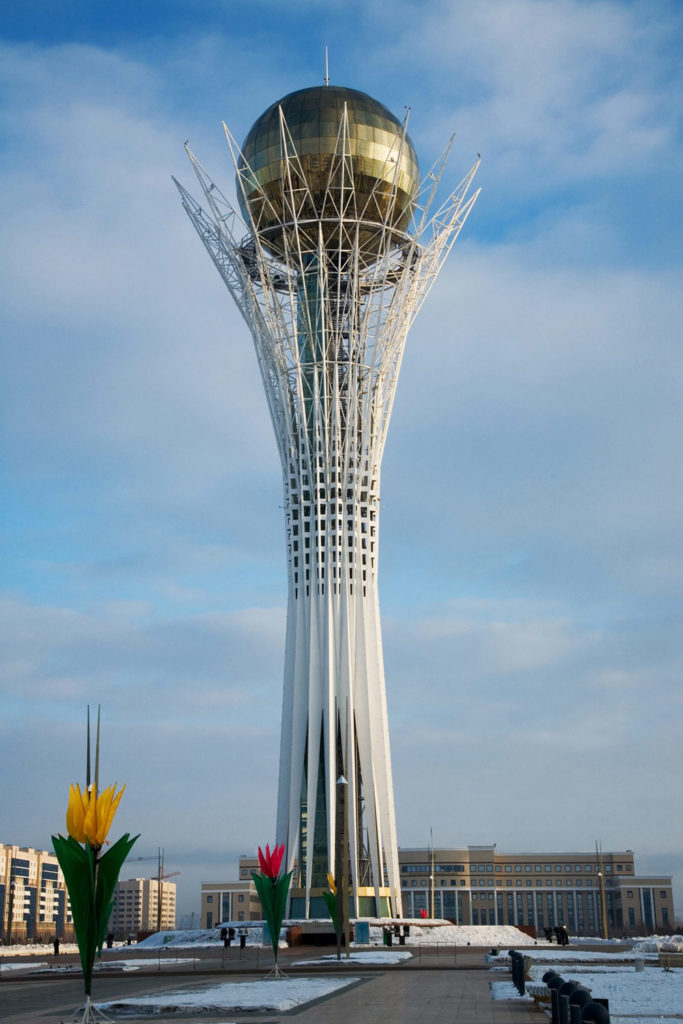 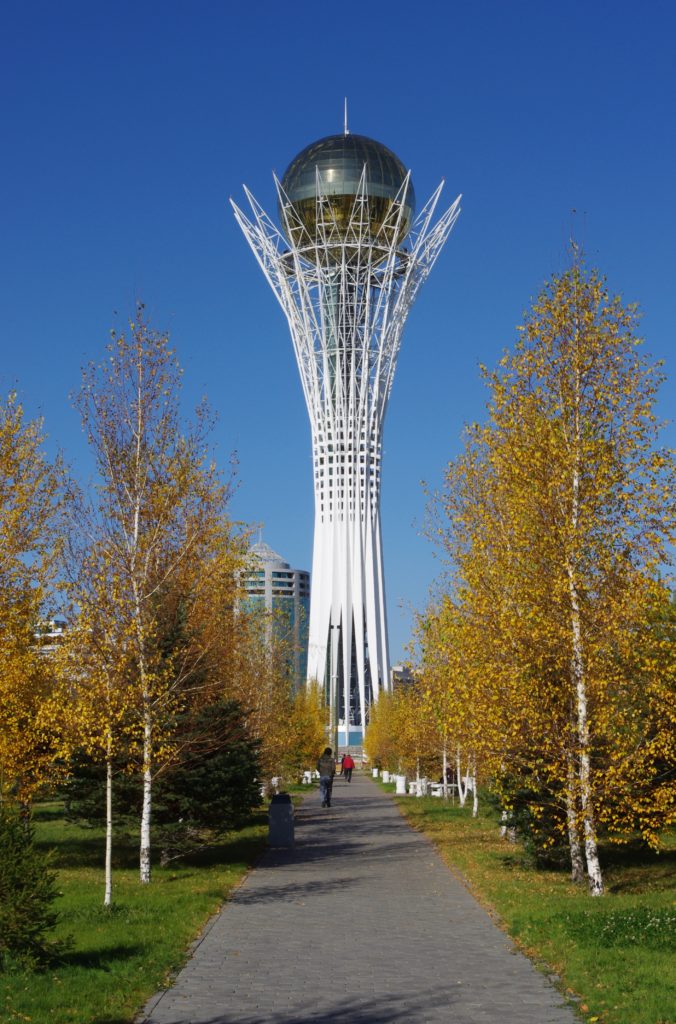 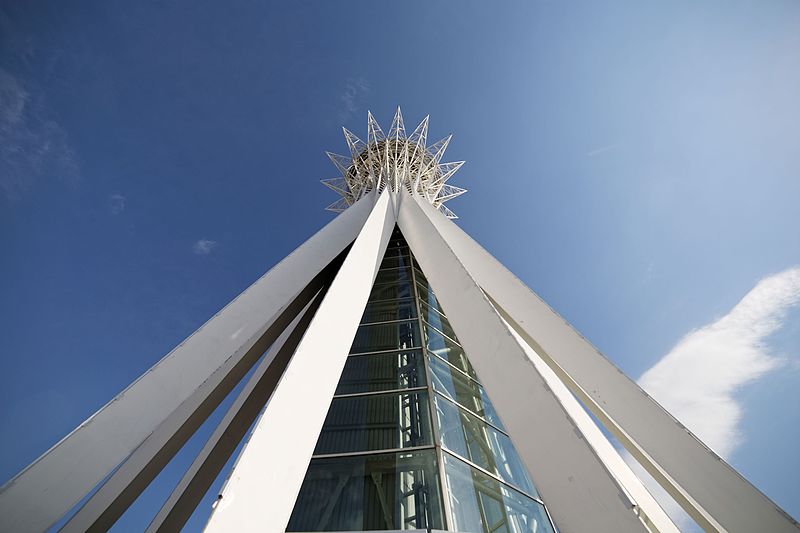 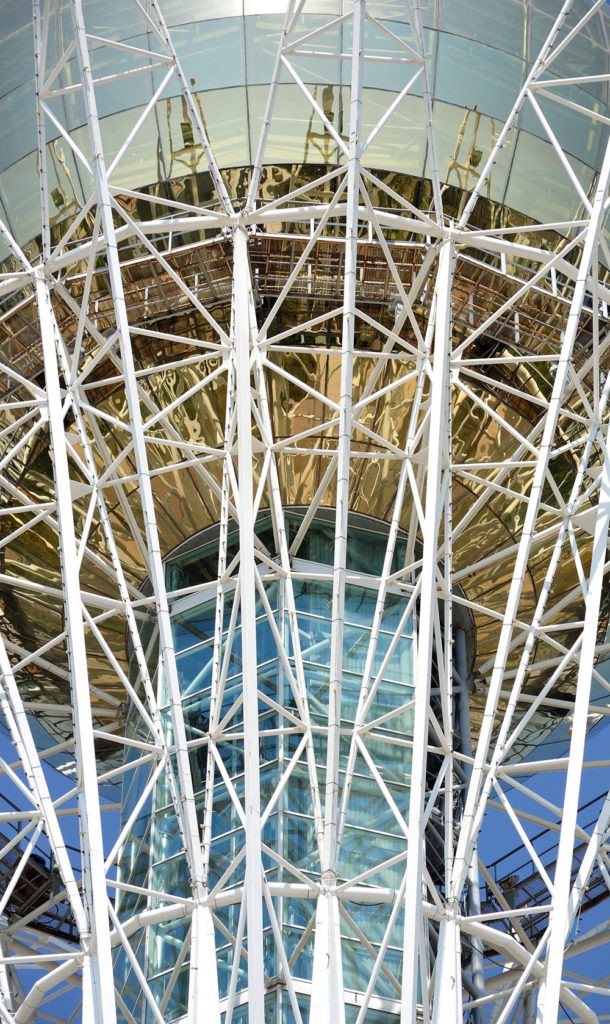 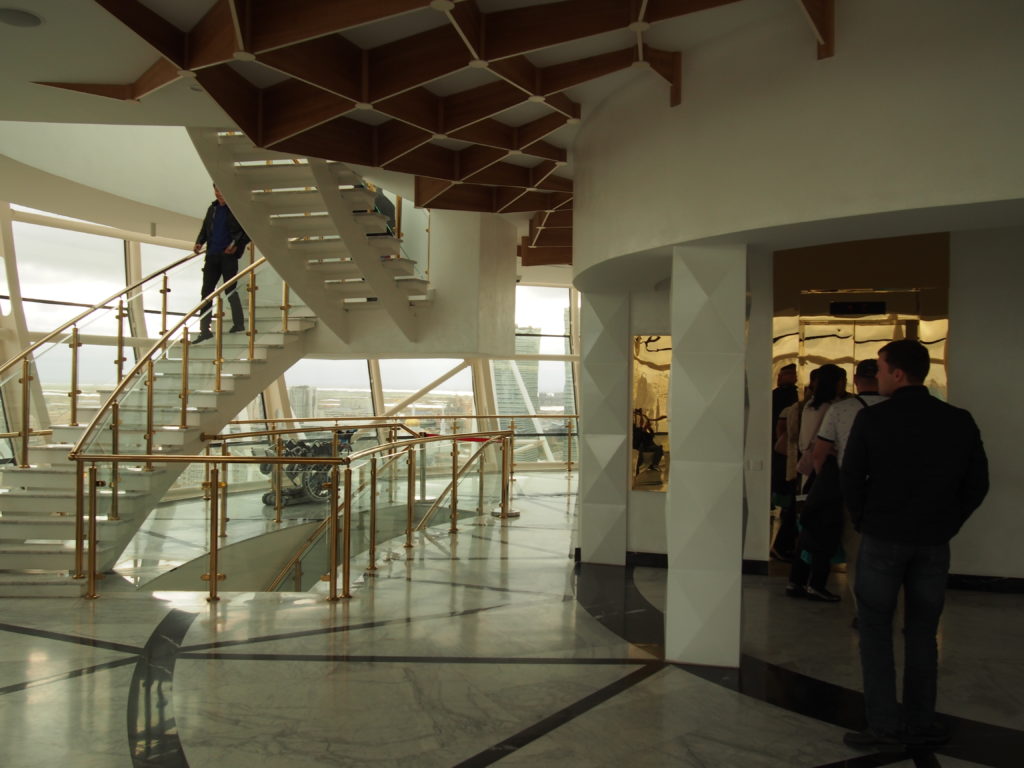 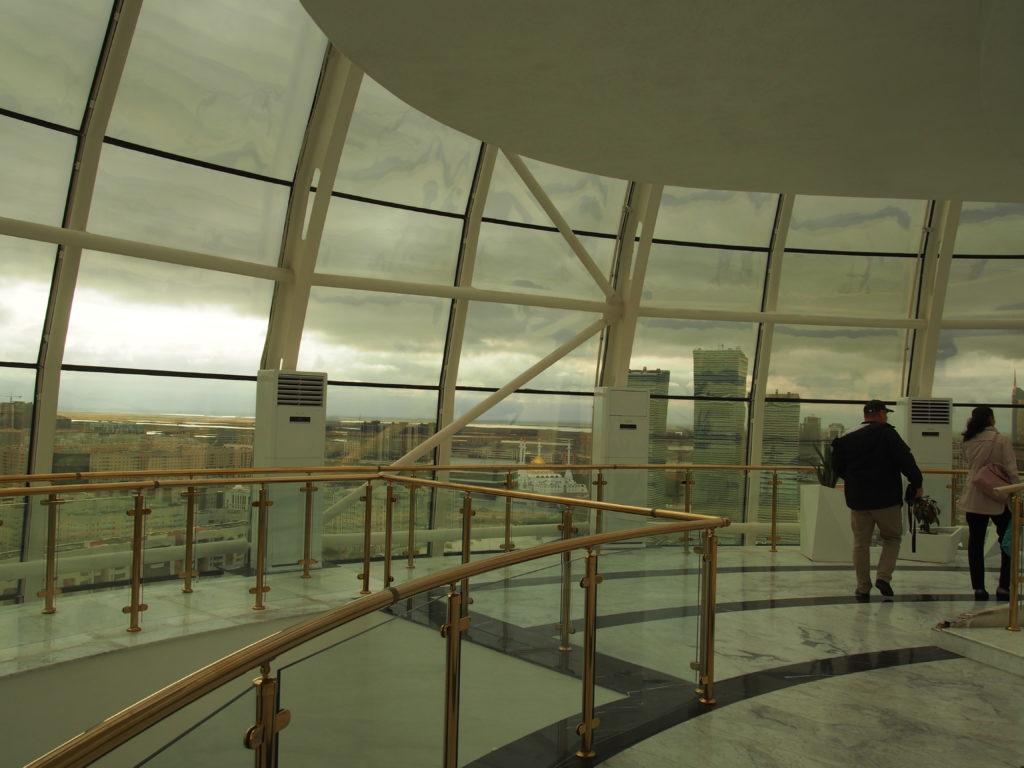 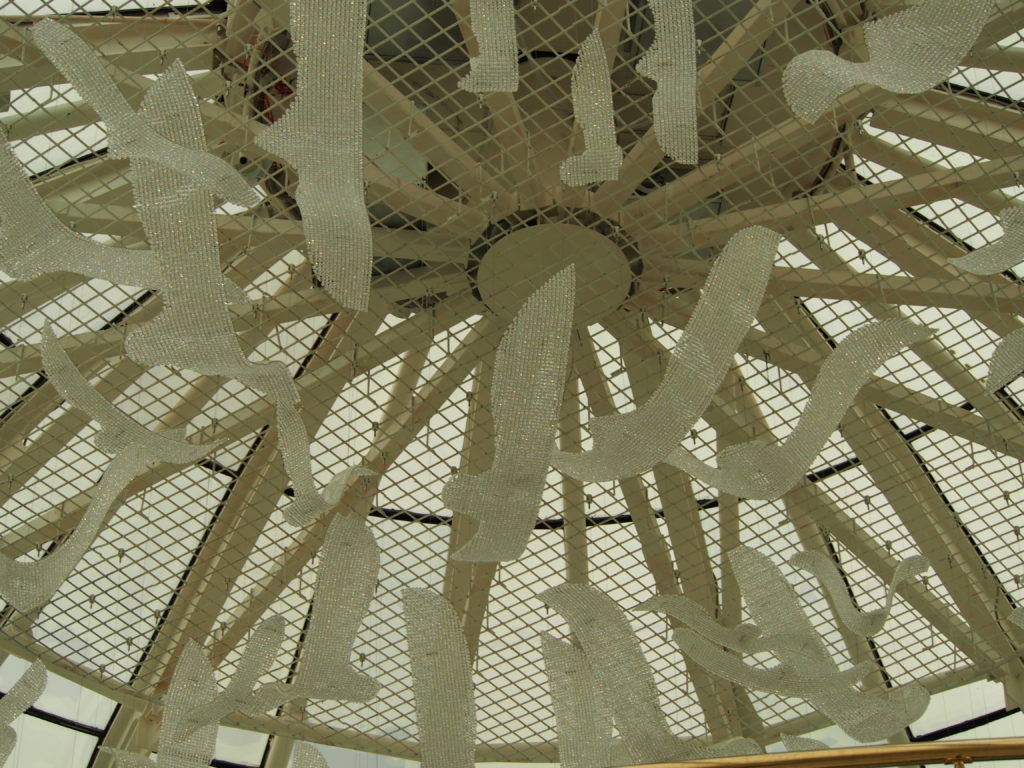 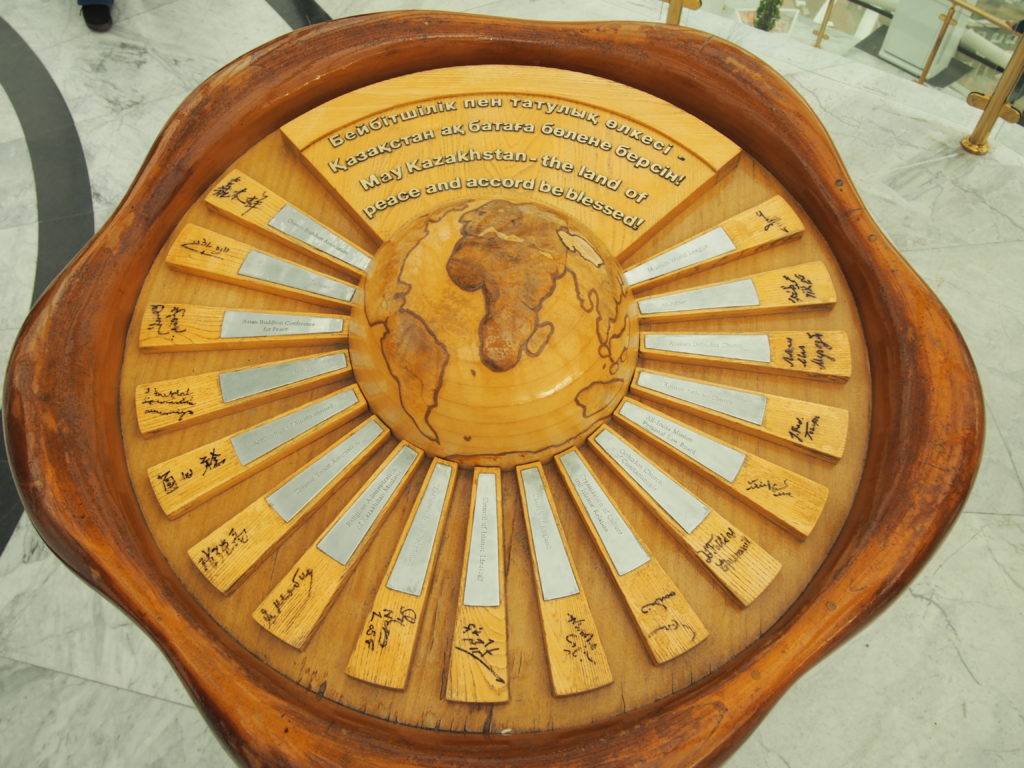 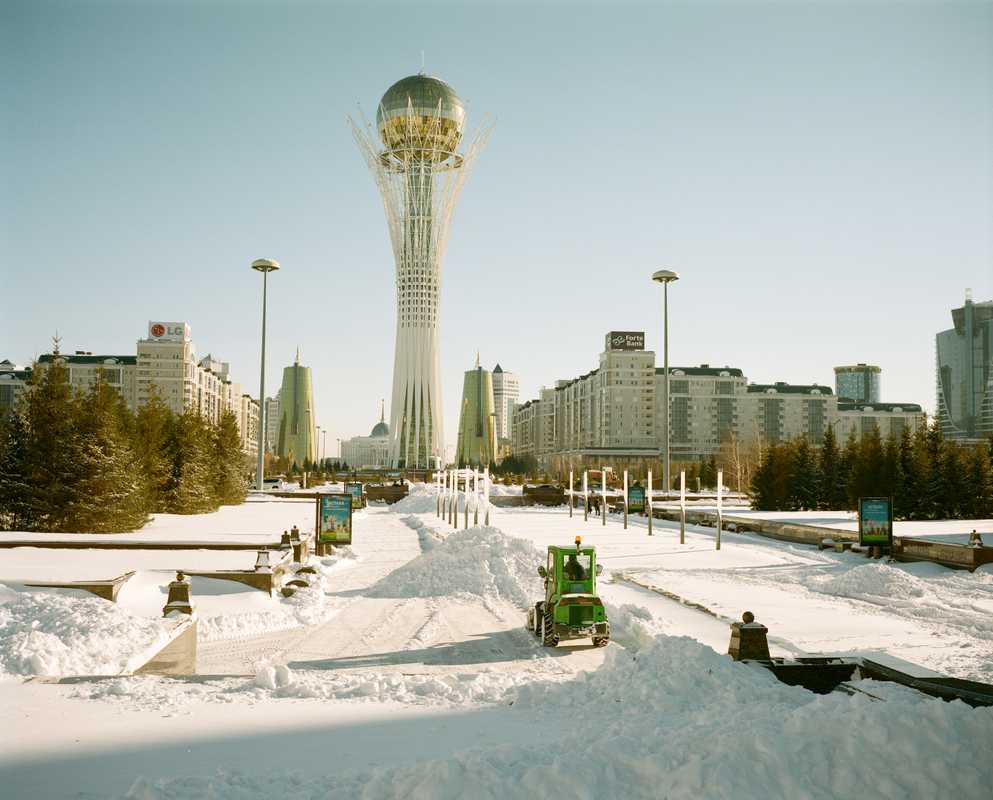 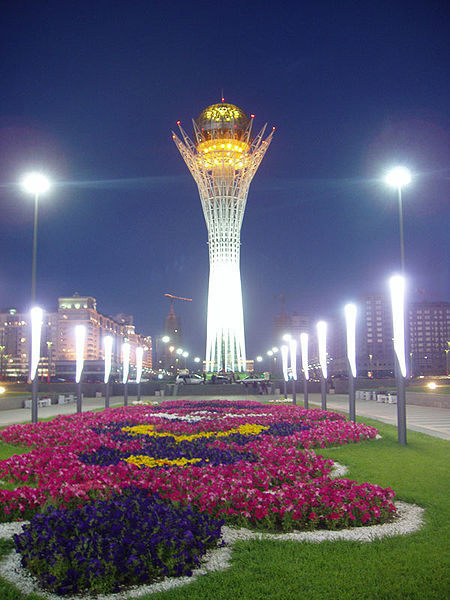 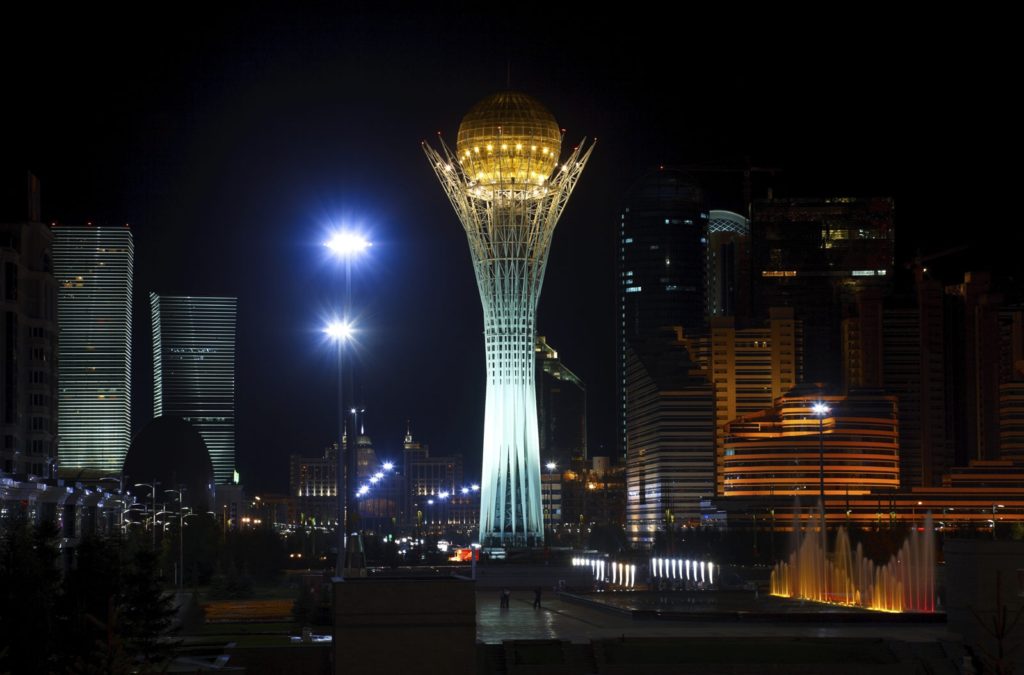 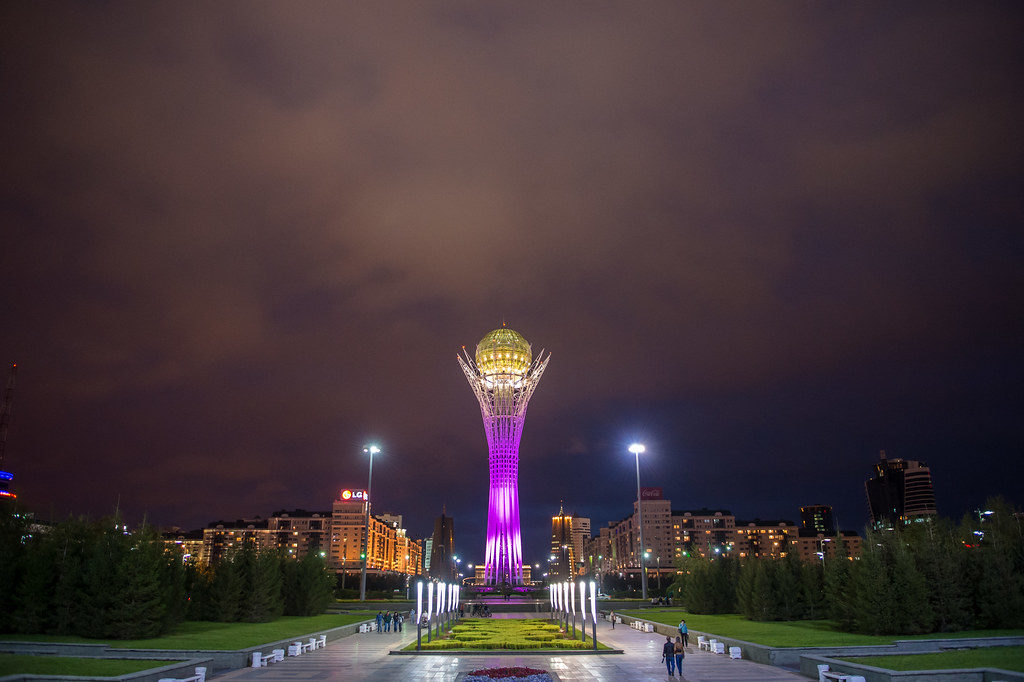