It was nearly two centuries since that initial cast-iron bridge at Coalbrookdale and one century from the astonishing and innovative Crystal Palace, but it was with the Case Study Houses that the material of the Industrial Revolution became an elegant and accepted building material for homes. Bailey House, made for the psychologist Walter Bailey and his wife Mary in Los Angeles 1956-1958, also known as the Case Study House No. 21, is an outstanding work of the architect Pierre Koenig (1925-2004), a tireless fighter who never gave up the idea of finding projects that represent the technology and lifestyles of the California company, with a firm consistency and without unnecessary Mannerisms.

While some systems developed since the Chicago School and the work of Otto Wagner, here is where the economy of resources resulting in a greater subordination of the project to industrial production available on all sides strikes a balance with dynamic constructive spaces.

For many critics and architects, Bailey House not only represents the climax of the Case Study House Program, but is the best building of Koening. In 1959 he was honored with an award from Sunset magazine and the following year received the prize “Homes for Better Living” (Housing for a better life).

Forty years after its construction, the film producer Dan Cracchiolo bought the house that was quite deteriorated, instructing the same Koening to complete the restoration. This took longer to restore it and build it, the precision of his work was recognized by the City Council and the Commission for Conservation of Los Angeles, receiving an award in 2000 for “exemplary rehabilitation, led by its original architect of a CSH.”

Koening continued faithful to the idea of finding projects that represent the technology and lifestyles of the Californian company, within a firm consistency and without unnecessary Mannerisms.

The spirit of the East loitering this house. And of course the whole American tradition of the balloon and the center-frame home here by climatic characteristics play a counterpoint to the outdoor pool, keeping an undisputed relationship with the environment.

Nothing is excessive in the product materials. The simplicity of the termination evaporates into the eye to the excessive impact of visual and spatial continuity. At a time when criticism toward modern ideas began to emerge, Pierre Koenig did not need to retake any rhetorical language of the past to show a possible future.

Each room of the house is clearly defined. The celebration of his character is a reference to any contemporary housing project. Without follies morphological or historic gesture, representatives like few in his time-a contemporary lifestyle without discarding the customs or the dreams of its inhabitants.

An outdoor courtyard with a fountain next to the central core, holding the bathroom, separates the common areas from the bedrooms. The master bedroom and living room open directly to the patio.

The kitchen also opens to the patio, which allows the entry of light and fresh air.

Around the house there is a shallow pond, crossed north to south by low platforms which fall on soft jets of water from the eaves, projection bent reflections as if it wanted to mock the purity of form the building.

The access to the house separates the garage from the house.

The house is situated on the north-south axis, with the garage and entrance oriented north and the south wall completely glazed, which gives the best views. In the west there is a hillside covered with weeds and to the east lies the street.

Assembled in situ with meticulous detail, the structure is built from steel profiles, in an open floor plan that takes maximum advantage of the great lights that this structure offers.

It is composed of four porches of double-length structural steel – rectangular, prefabricated structures – of 13.40 meters wide and 2.75 meters high. Three other porches of half the width frame the entrance and the garage.

Steel beams are embedded under the eaves.

H-section steel pillars of 100mm and I-section beams of 200mm make up the basic structure.

The same material was used to cover that for the walls. Precast facades with glazed windows and covered with pliable steel plates were utilized. The side walls are lined with steel panels, painted white like the inside of the cover, in contrast to the black lines of the structure.

The floors are red brick in the courtyard. 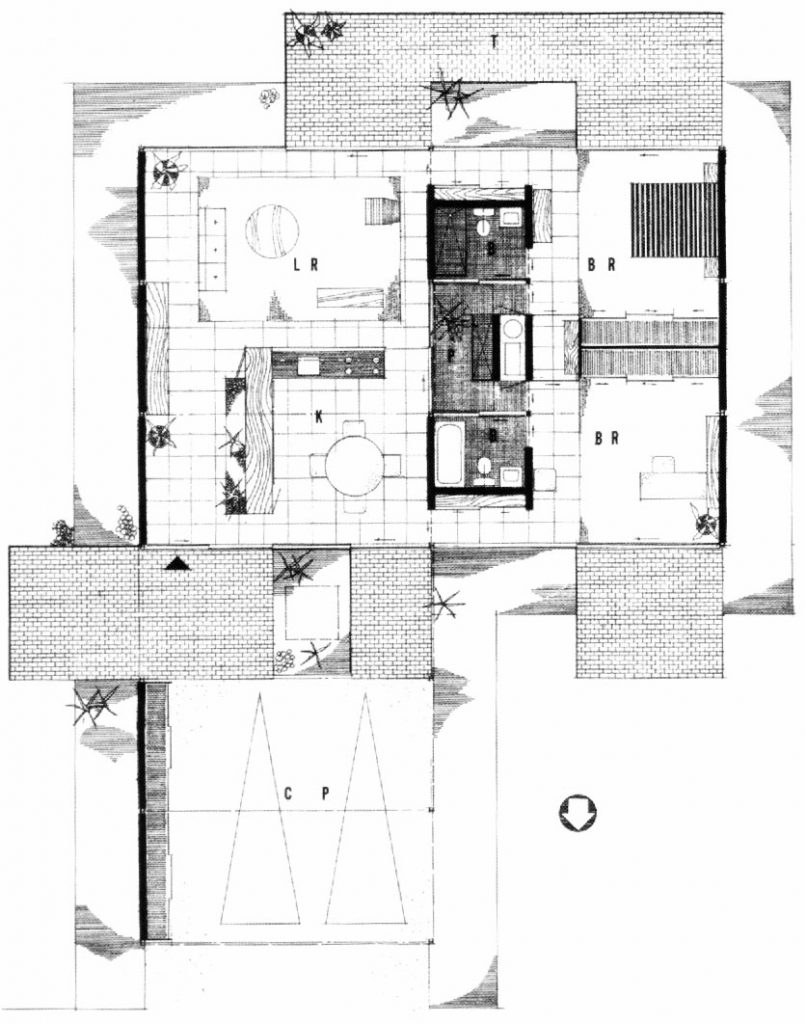 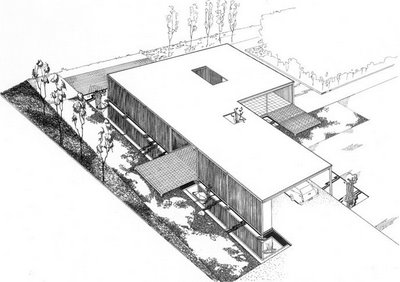 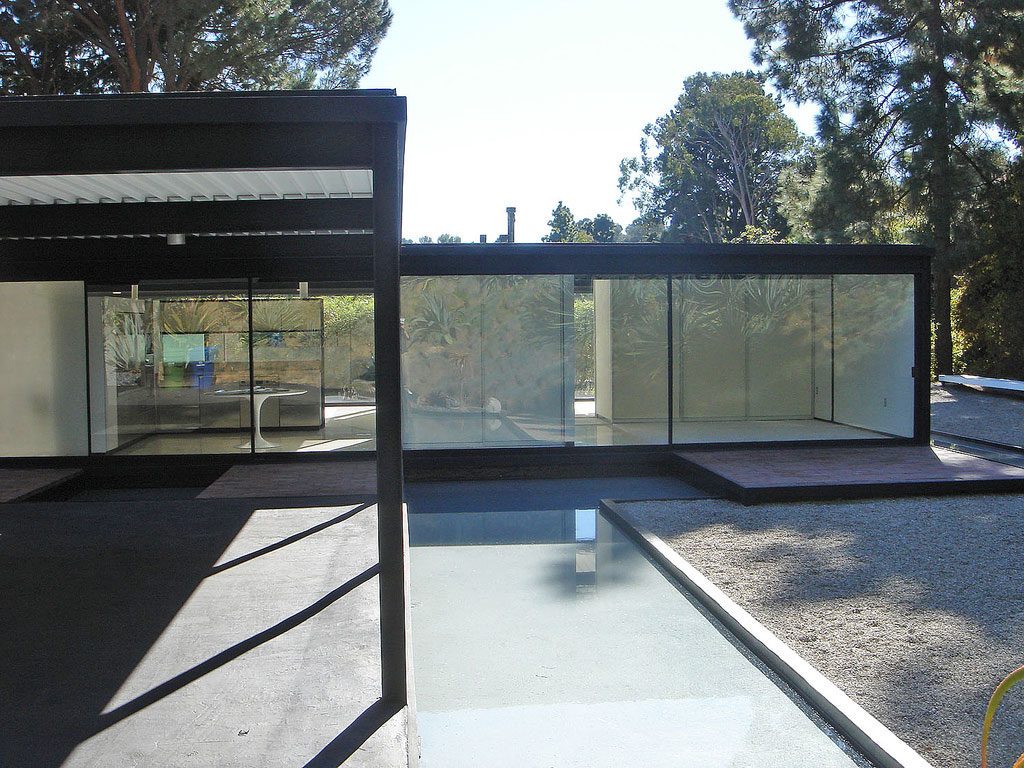 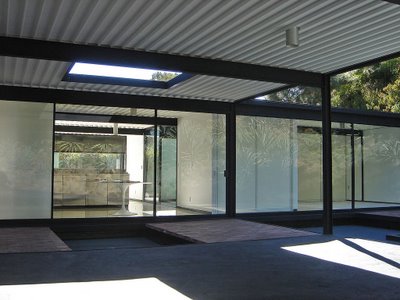 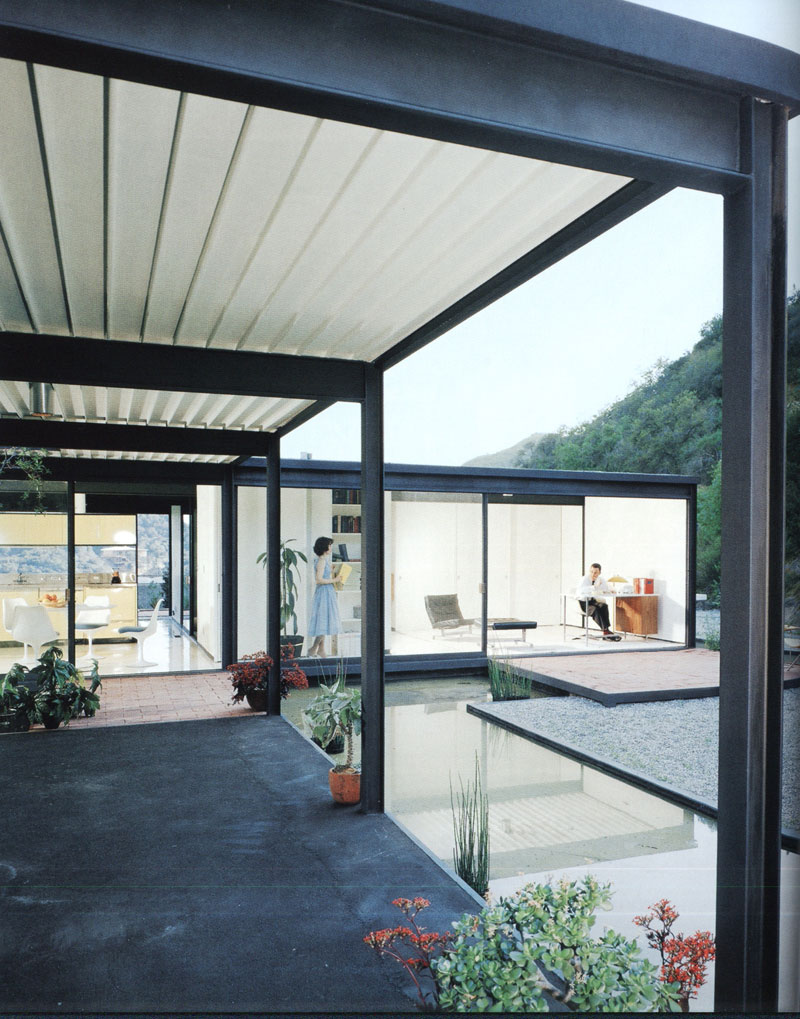 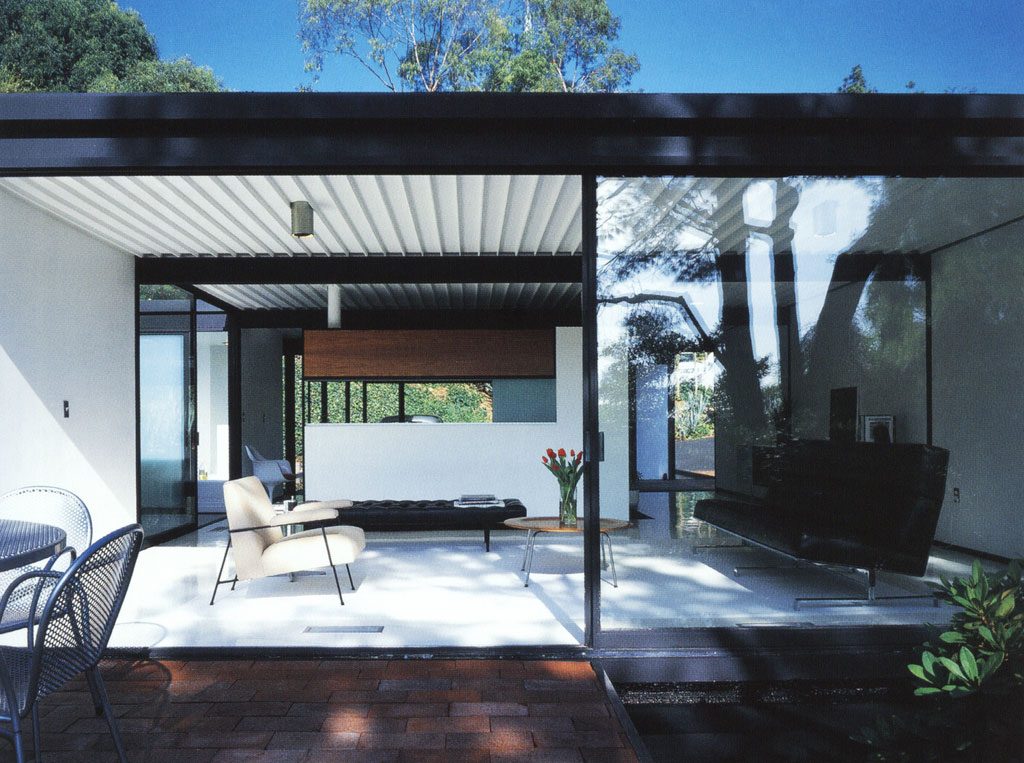 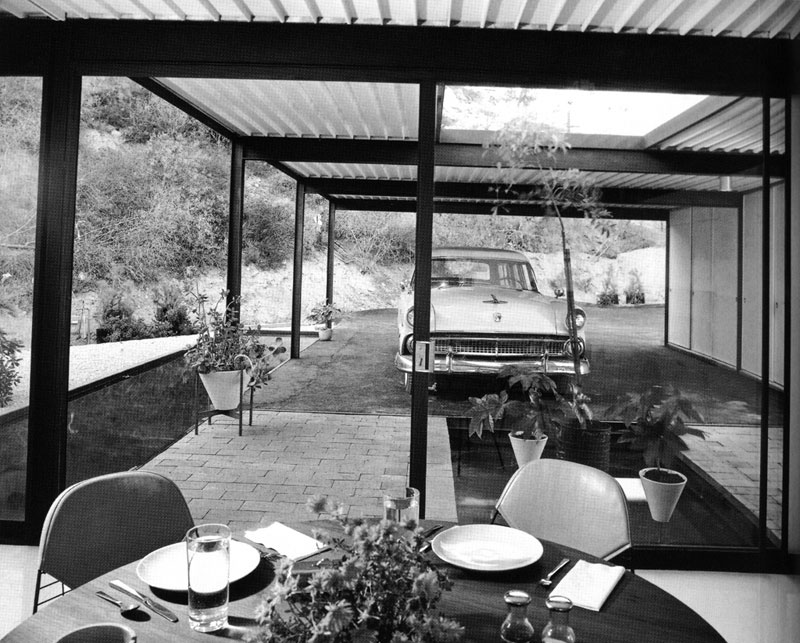 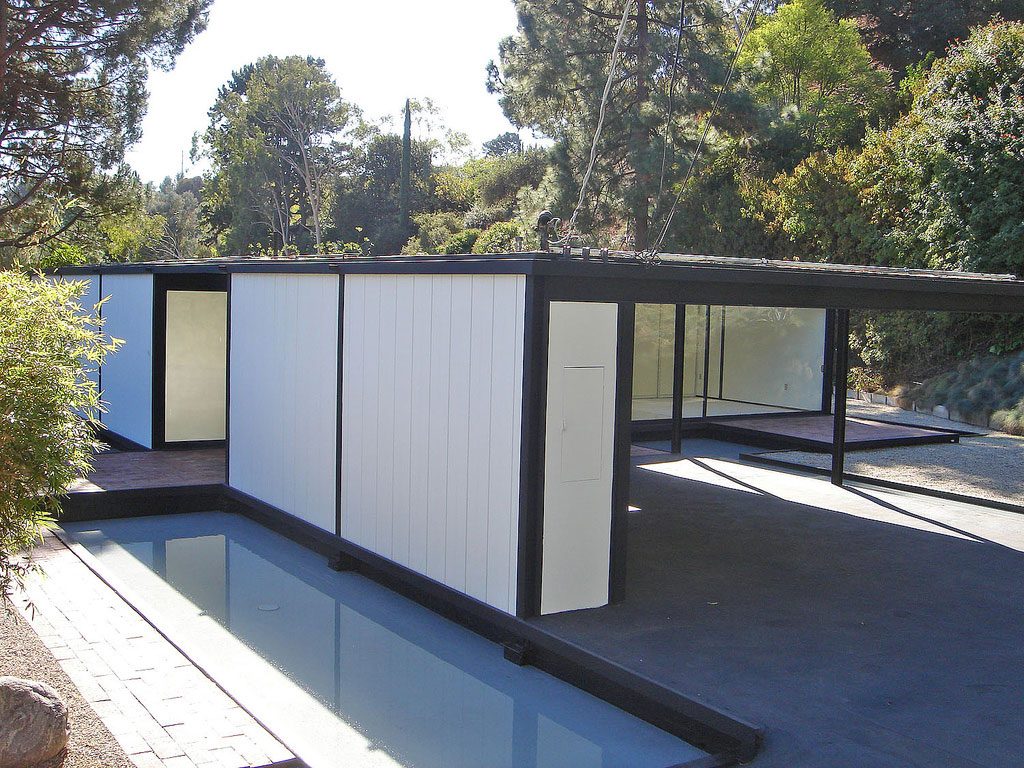