In 1960 Félix Candela Outeriño was head of the family business covers ALA and already enjoyed a recognized professional success, starting to gain fame as a calculator and executor of reinforced concrete shell structures, also called “shells” or “shells ”

One of the largest and most spectacular, groin vaults with free edges Covers constructed by Ala were the Bacardi bottling plant, conducted with the only work of Mies van der Rohe in this country, Bacardi offices in Mexico City.

Initially only three vaults were built, adding in 1971, in a second stage, three of the same size and type, whose supervision was provided by the brothers of the architect. The original plan envisaged an expansion of up to nine vaults and Candela built the foundation for such a design

In the same factory, the architect performs other ancillary buildings were overshadowed by the spectacle of the bottling plant but also bear the stamp of industrial structures characteristic of its author.

The bottling plant was built near the administrative building of the brand, designed by Mies, in an industrial zone in the Metropolitan Area of Mexico City, Cuautitlan.

This led to a Félix Candela design in this way was the Bacardi factory Terminal Airport Lambert-St. Louis, conducted in 1956 by Minoru Yamasaki and Anton Tedesko. The Terminal was composed of three groin vaults with arches cylindrical reinforcement along the edges and reinforcing ribs on the edges. Candela found the general form of the Airport Terminal San Luis attractive, but I thought the ribs along the edges were too heavy. Determined to use the next opportunity I had “to show that the terminal could be done in a simple, more elegant.” He found the opportunity with the Bacardi Rum factory in Cuautitlan, Mexico, Candela completed in 1960.

Each dome is anchored to the floor diagonally

The bottling plant consists of six spherical domes of tissue placed in pairs and three rows forming a square. Each is bounded by four arcs parables that are anchored to the ground diagonally. The perimeter of a shell arches have no stiffness in the direction normal to its plane and its line of pressure does not coincide with the boundary curve, so you need arches edge to absorb and transmit the loads by shear forces. Candela argued that “if we want to have free edges, we must have some internal edges or ridges that reach the ground by sloping lines (in a symmetrical structure), or all the other edges rigidly fixed to structural elements able to resist forces in any direction ”

The thick interconnections which are the meetings of these domes are covered with marquetry and glass, allowing the passage of light, like the large arches that line the square.

The bottler is the building axis of the whole plant and its Candela project proved to be a worthy continuation of the functionality of Mies van der Rohe provided through the creative reinterpretation and mathematical genius.

All rooms are equipped with ventilation and natural light without affecting production processes, since the sun does not penetrate directly to any time of day through the careful guidance of the structure. Ceilings rise and fall, rushing into miraculous suspension, causing an almost religious atmosphere: 12 m in height, large windows and curved lines. It is not known whether it is coincidence, but the roof of the bottling evokes the beating of wings, as big and concrete that could be precisely those of a bat, the emblem of the firm.

The original cover of the bottler was composed of three vaults hypars, adjacent edges of 4 cm thick and 2.50 m roof blown from the sides. Four skylights fill the gaps between adjacent tanks and end of squaring the structure but do not provide sufficient support for the shell of roofs.

Bacardi shells are not in direct contact with the foundation, each of the four corners is supported by a leg that transfers the loads from the vaults to the foundation, which in turn download the weight vertically on the ground. Steel loops to connect the foundation can withstand the horizontal forces, these braces are completely hidden from view, both at home and abroad.

This beam-V, Candela used in all its vaults. Additionally placed reinforcements on the edges which allows the thickness of the shell is expressed fully.

The arches are located directly on the glass walls to ensure that in case of unexpected wind loads of the shell is sufficiently rigid as to not allow the movement of the crystals. Similarly, the frames of the reinforcing ribs of the skylights are fixed to the arches that surround them.

The first three vaults were built together

The three domes of the plant were built at the same time and cost saving Candela appealed the hyperbolic parable form because it allows the use of a straight formwork.

Although tensions in the shells are small and the steel reinforcement was not necessary, it was used for constructive reasons, to hold wet concrete in place on steep surfaces and to address other practical issues such as the effects of temperature changes.

The largest contribution in the field Candela structural frames were shaped shell, generated from hypars, also known as “umbrella.” The buildings are functional, geometric base and low costs of materials. Also generated a neo-Gothic sui generis, a hallmark of its architecture.

In the construction of the bottling plant was mainly used in concrete vaults, structures, and metal and large windows that let the plant enjoy abundant natural light.

For the preparation of the formwork, surface shaped the deck, straight wooden slats used. They were also made wooden frames on the formwork, which created a grid on which the concrete was poured and after it hatched were removed. 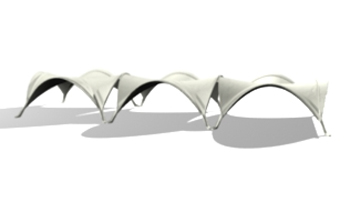 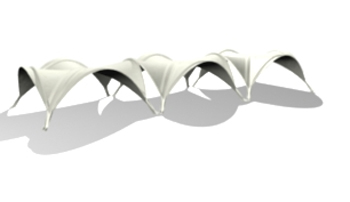 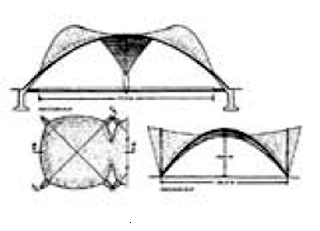 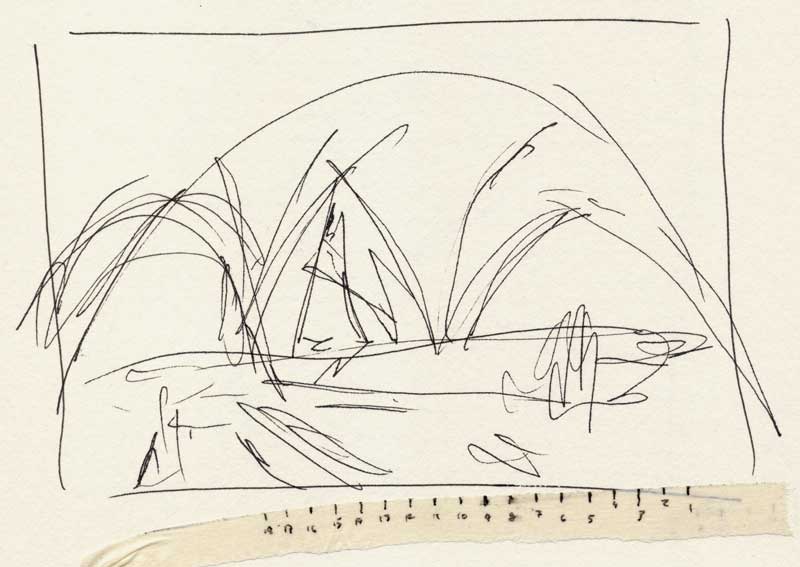 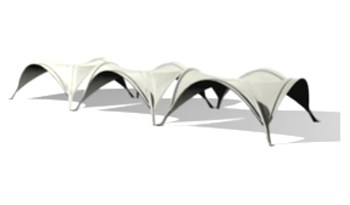 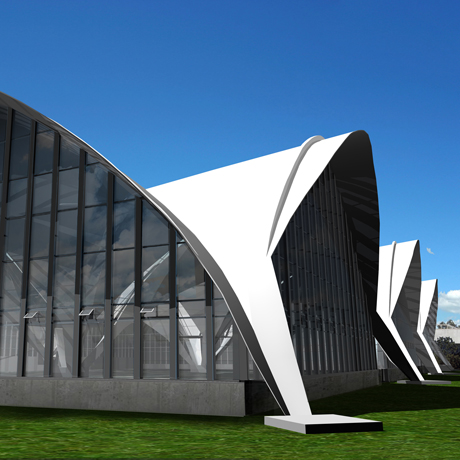 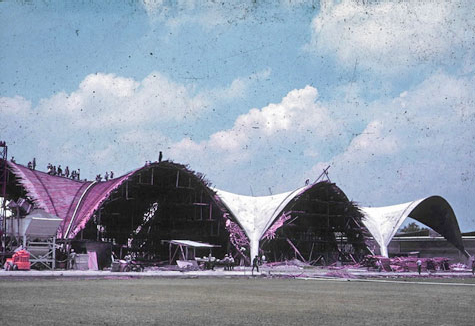 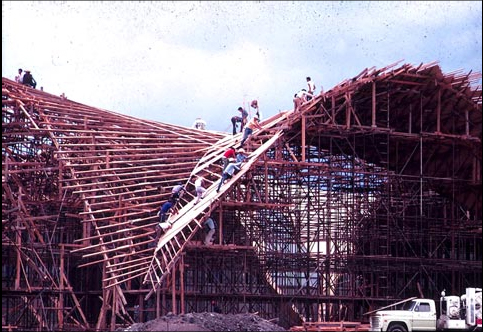 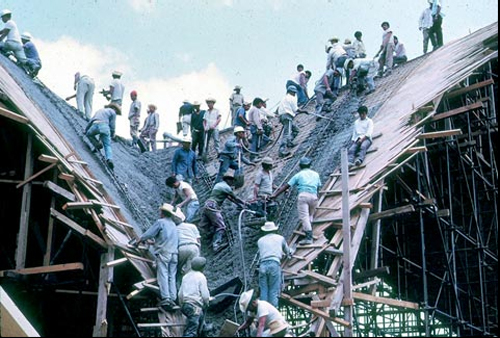 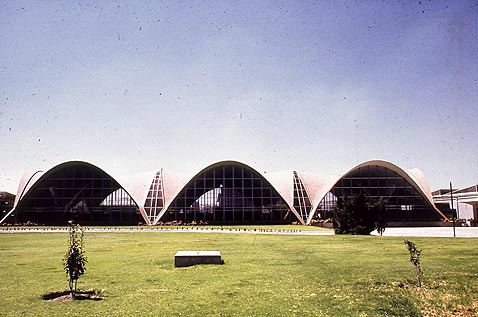 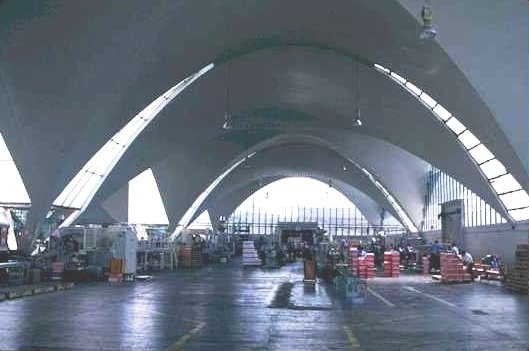 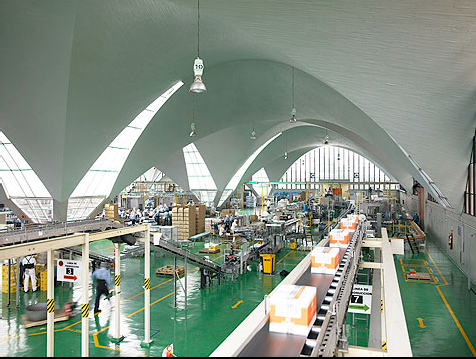 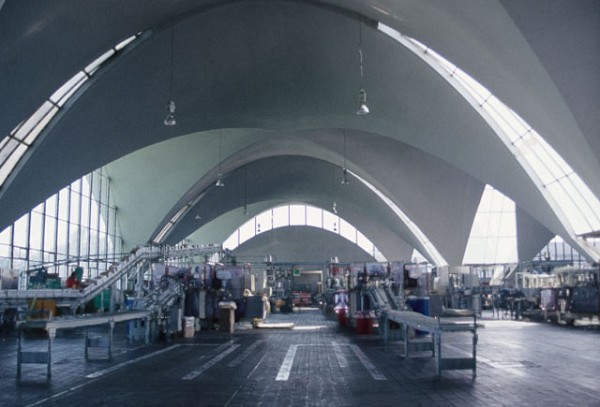 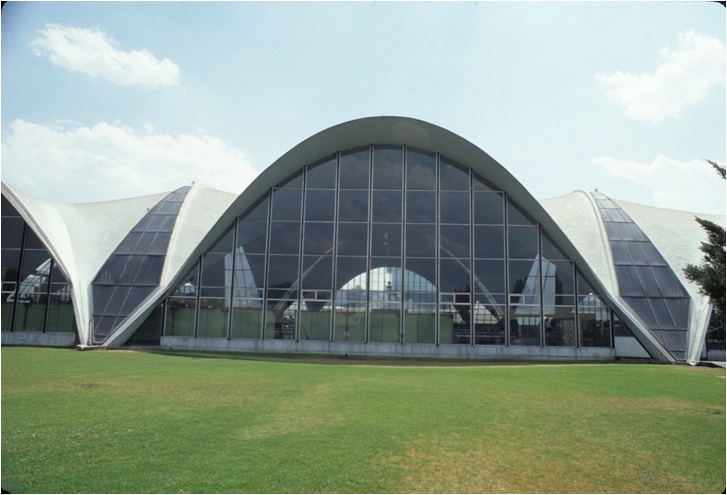 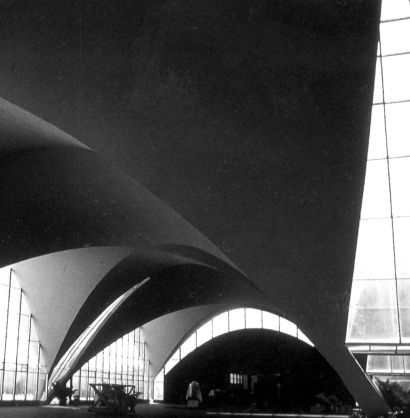 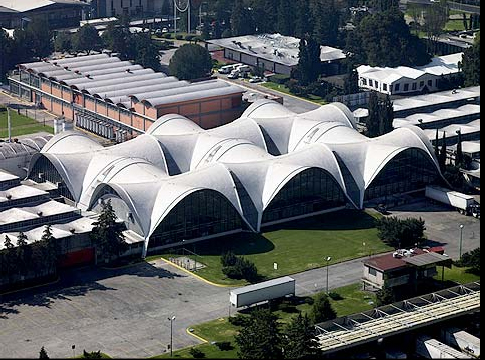