France was divided into several southern provinces, one of which is Aquitaine, whose architectural peculiarities are reflected in this cathedral.

Angoulême is one of the most beautiful cities in the valley watered by the River Charente, which gives it wealth and life.
Today the city of Angoulême gives the cathedral a special name, “the comic capital”.

With the creation of a Centre National de la Band Desinée et de l’Image (with a comic museum, special library, a theatre, digital imaging lab, etc..), a École Superieure de l’Image and Maison des Auteurs, began in 1992 to cover mediums with images of buildings that would dilute the time, that was at least the plan; but in 1998 they decided that these paintings should last, and launched a program Peints des Murs, whereby a specialized company (Cité de la Création, based in Lyon and working throughout the world) transfer to the walls a design specifically conceived by a famous sketcher for an exact place, integrating the painting in the urban context.

This model has similarities with Byzantine cathedral art; this is due to contacts with the northern Italy where the Byzantine Empire expanded. The dome over the crossing is is of a very old style, inspired by models of the Orient.

The cathedral is characterized by a very long nave, 15.24 m wide with no aisles. The nave is formed by the addition of 4 parts: one is the transept, and three in the central nave, covered by three stone domes and pointed arches.

It has the form of a Latin cross, formed by the junction of the nave and the transept.

The highest point of the cathedral rises 32 meters above ground level.

The cross, located at the intersection of the nave and the smaller arms (called transept) which house chapels and features two towers, the southern arm was demolished in 1568, the northern side is divided into four floors in height and exceeds even the dome that covers the central section.
The cross rises from an octagonal floor plan toward the light.

The vault are a space segment defined by the barrels and support elements connected by arches (the intersection of arches parallel with the main axis and arches perpendicular to the main axis). Some vaults are formed in the four-part nave.

The choir consists of three chapels and an apse.

As the pillars that support the domes are very wide, the construction system is based on the idea of filled walls. Two parallel walls are constructed and then the interior space is filled with debris. Pilasters support the interior walls. On the outside its is necessary to use buttresses to counter the outward thrust of the vaults.

The western façade is divided into five openings for high pilasters, covered with sculptures representing the final verdict and the high windows framing the center. It is flanked on both sides by conical stone towers.

The side walls have an archway decorated with carved capitals; these are decorated by an arch on pilasters. 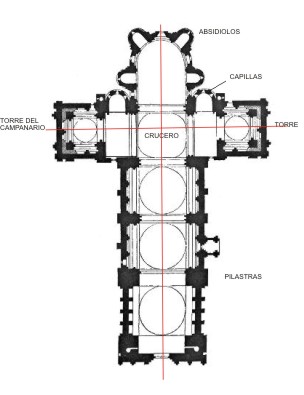 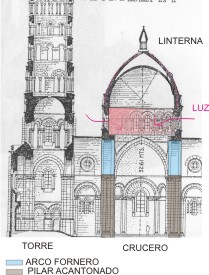 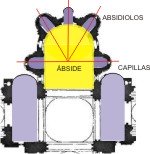 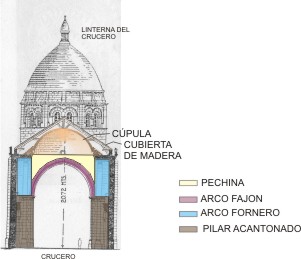 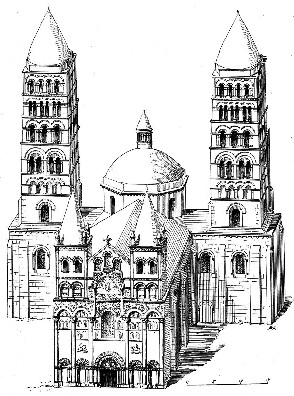 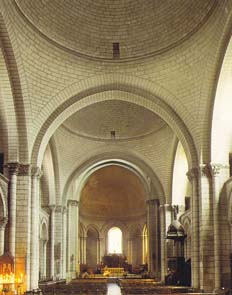 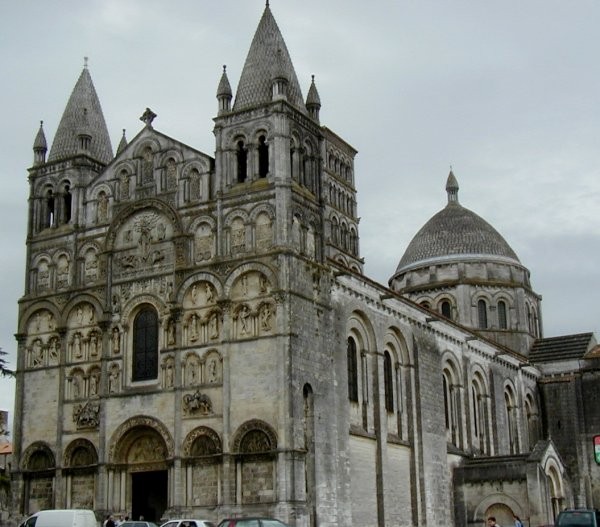 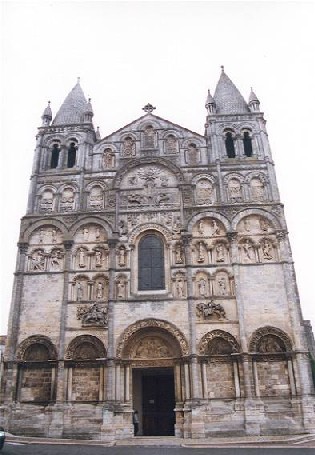 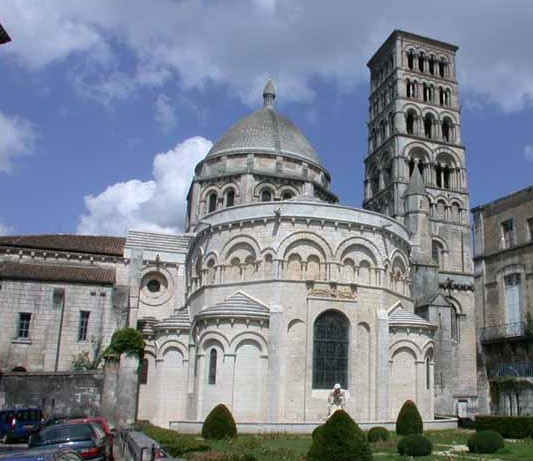 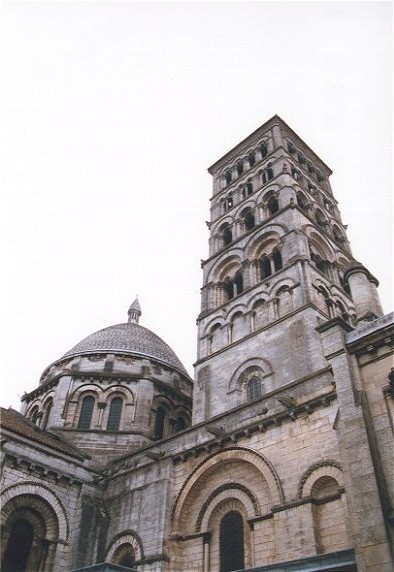 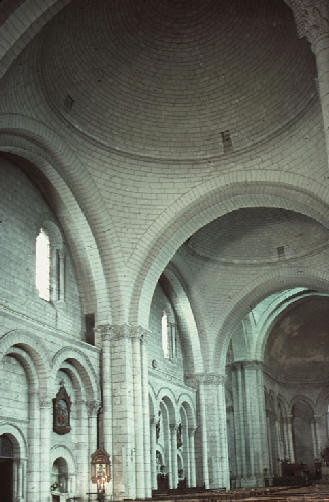 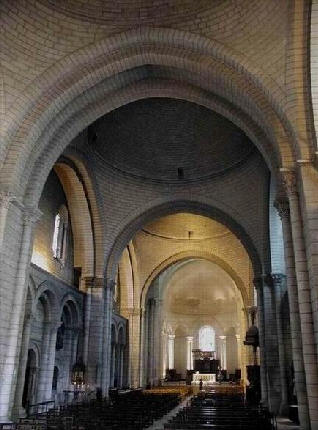 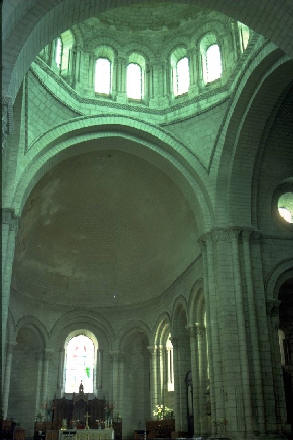 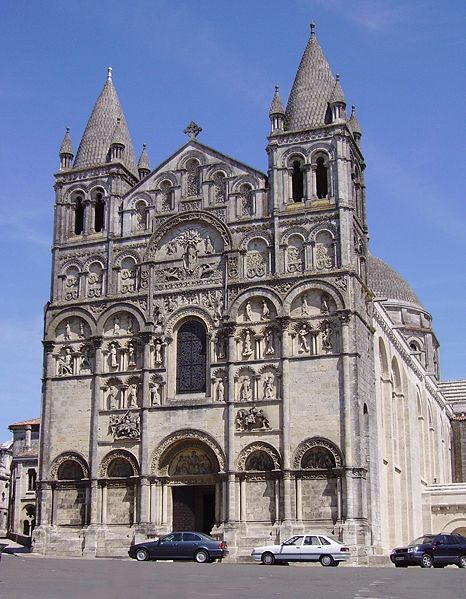 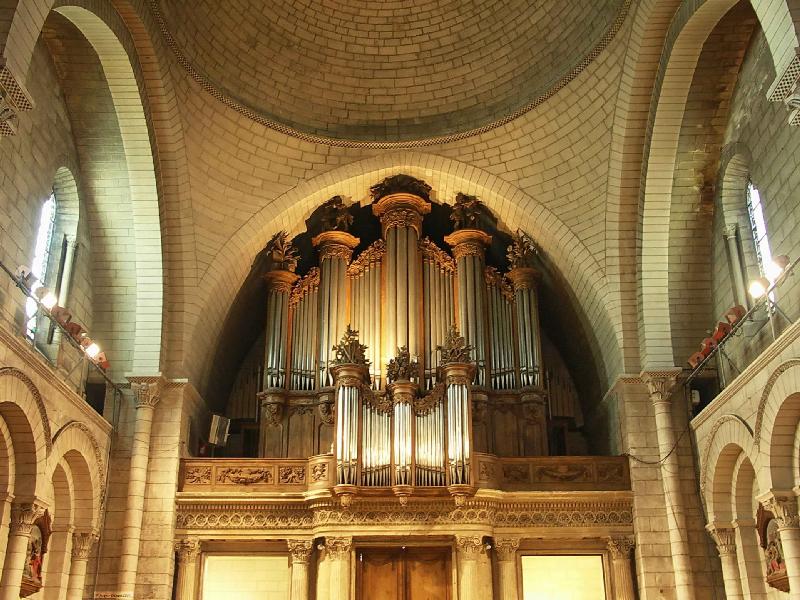 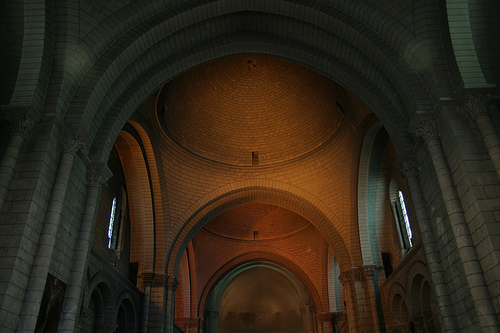 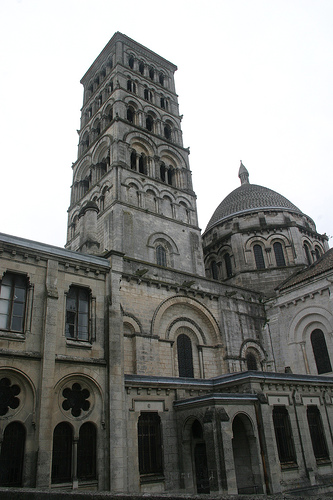 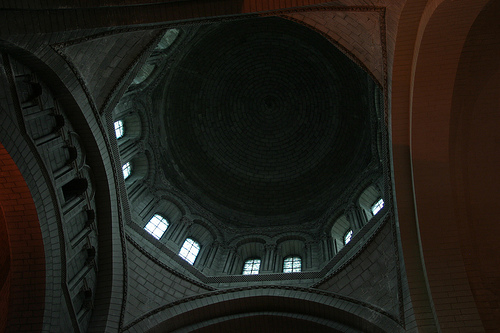 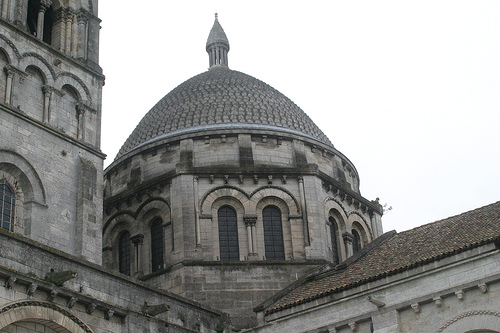 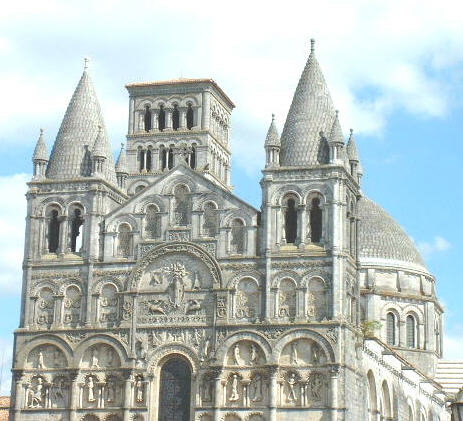