In 2002 the aerospace company Airbus organized a competition to design an office building for its factory in Getafe. From there the winner was the project architect Paul Notari Argentine, head of the design department of the firm Conuma Consulting Engineers.

One of the requirements of the contest was to respect environmental commitment that the company touts. Notari’s work stood out at this point, he understood the challenge that was faced and created a perfect bioclimatic machine that retains the expression and quality required of any good project.

The construction work was completed in 2004.

It is located in the town of Getafe, Madrid. The office building is located at the entrance of Airbus factory complex.

With a simple but powerful volumes, the building envelope focuses on both its expressive power and its environmental proposal.

The headquarters technological image was obtained from a double skin system that act as umbrellas and create shadows, reflections and transparencies. This system works as thermal control, improving bioclimatic performance of the work.

Formally, the set consists of a base with three volumes almost blind light on it. One of them lower and long, forms the back of the building while the other two are located semitorres glazed front.

While the draft submitted to the contest, the basement was buried leveraging the slope of the land, to realize the work was placed on the ground in accordance with fire regulations. There stood the public area, formed by the audience, the public service offices and a storage area, among others.

Downstairs also were located two courtyards that serve as guides in the building. Both are dynamic fields that are organized circulations around as well as different intensities and natural light reflections occur.

A central courtyard forms the foundation crawlspace principal, as a large atrium framed by two glazed volumes and the marquee which houses photovoltaic panels on the top floor of the building.

The dimensions of the volume and the height of each floor, providing natural light throughout the year.

Making longitudinal block width 9.60 meters, while semitorres are 24 meters behind.

The base plate was coated with vegetable fibers and cement, making a solid appearance, in close relation to topography.

In contrast to the glazed volume of the front, the front longitudinal block was performed with metal panels northward orientation less sunlight. This envelope is similar to that of the factory sheds that are on the same site. In contrast to the South, the volume was coated with a double skin facade composed of glass and metal sunshades sieve. The shadows that produce umbrellas, graduates sunlight intensity.

In the same way the two semitorres are protected glazed, although in this case the glass double placed to avoid greenhouse offices as the sun reaches horizontally in the east and west sides.

The outer glass filters out 50 percent of the light received by a printed. Double glazed form an air chamber through which hot air circulates upward. In summer, the heat is quickly removed, while in winter, it is injected into the heating system.

The shading system is completed by a photovoltaic panel Jacket combines three basic concepts: solar energy, protection of HVAC equipment that is on the terraces, and control of radiation striking the building. 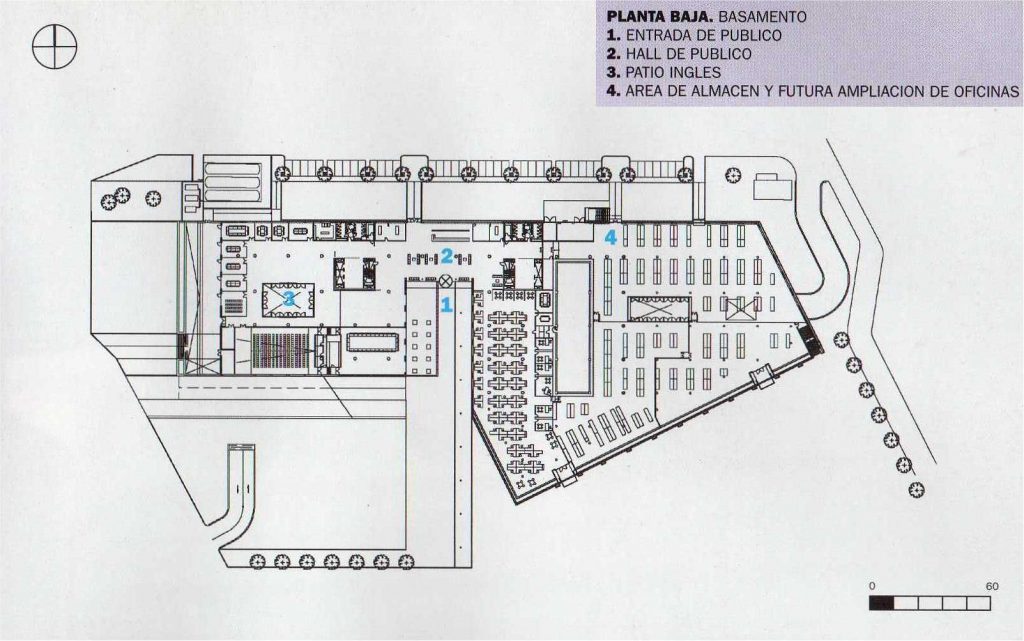 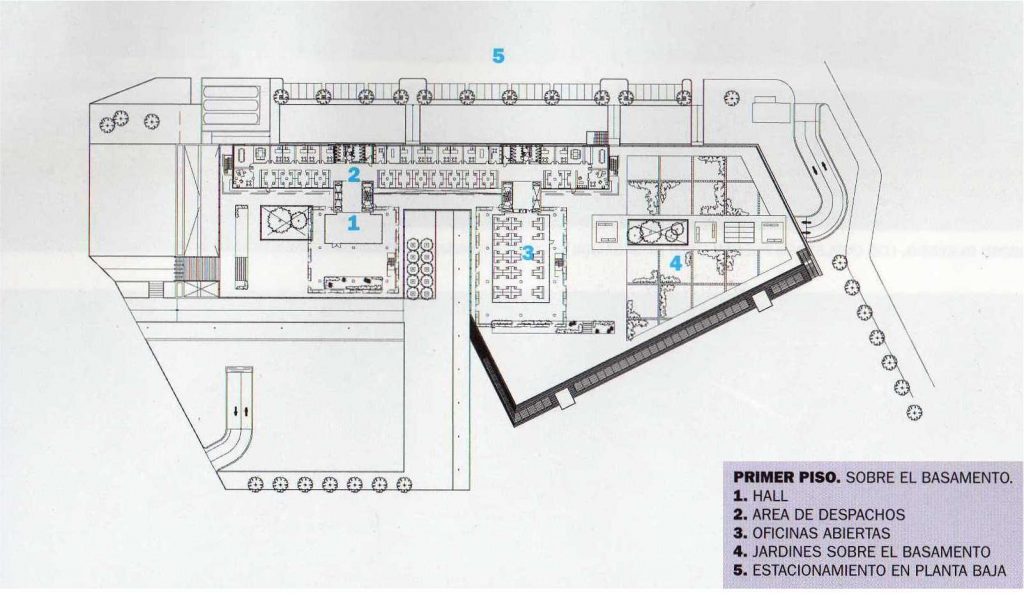 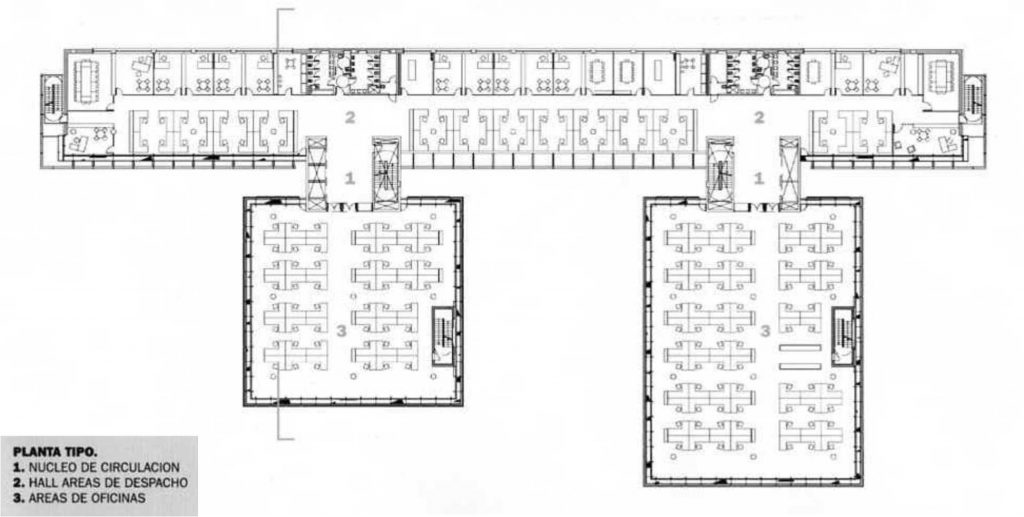 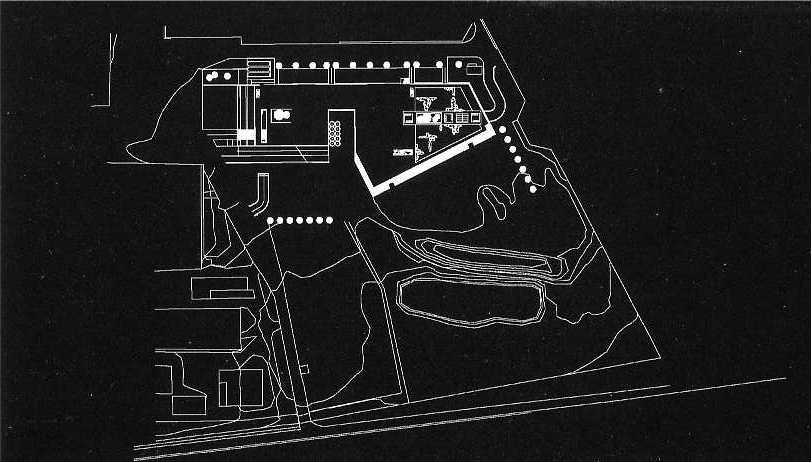 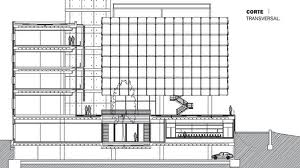 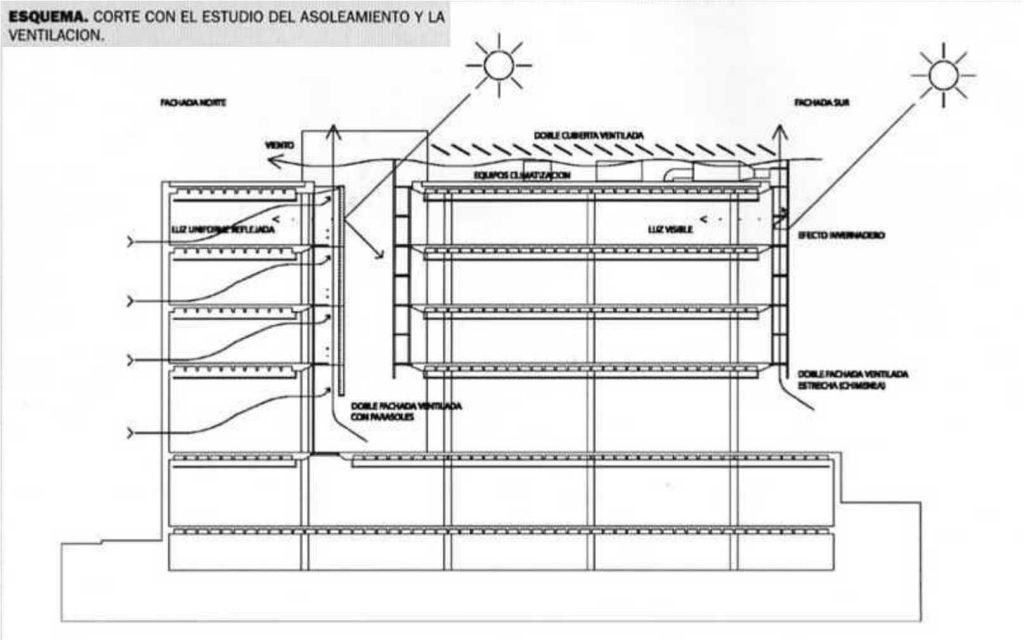 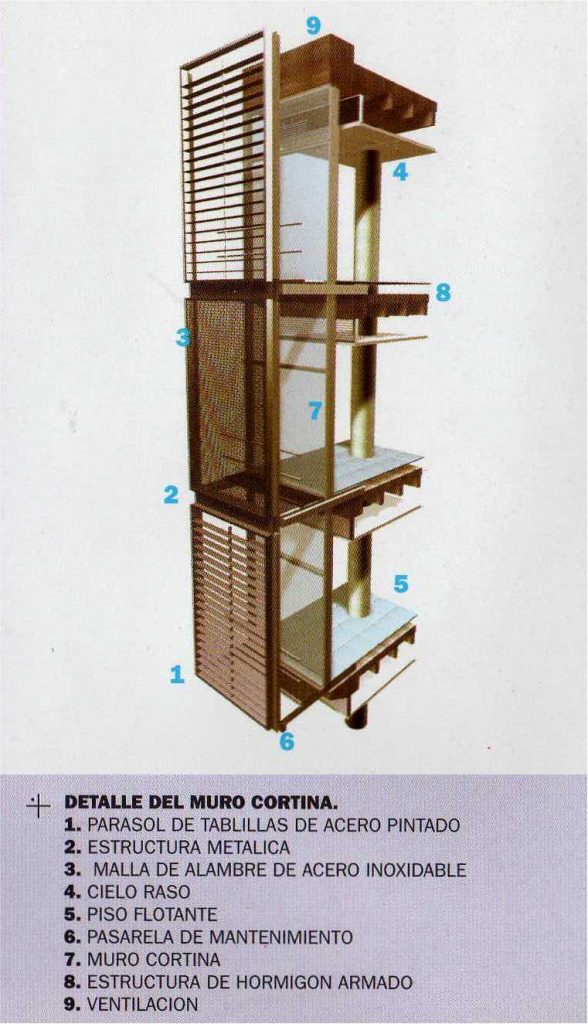 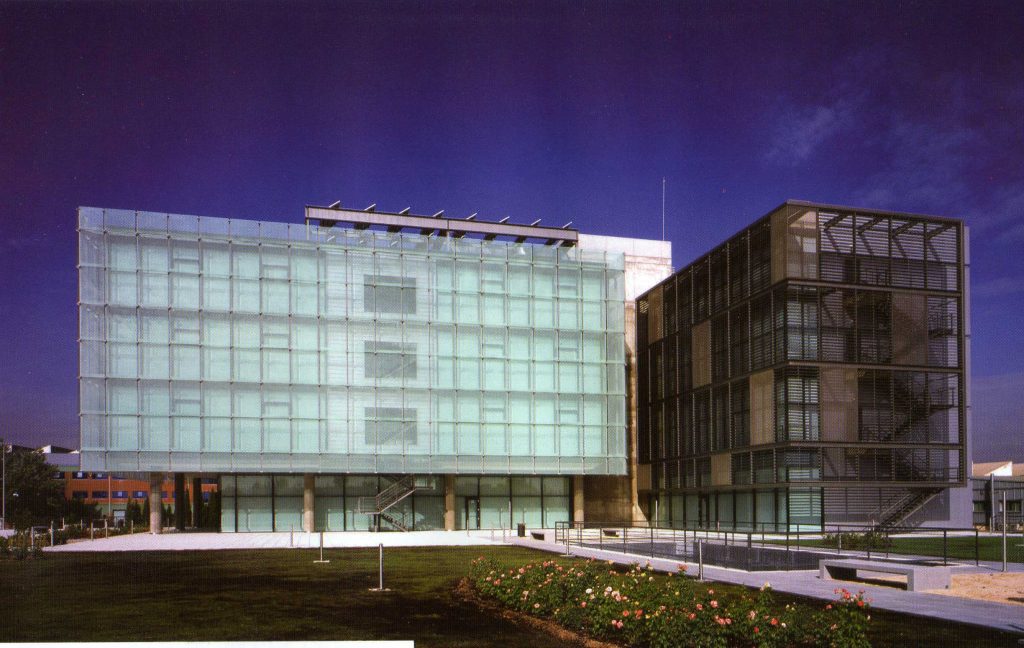 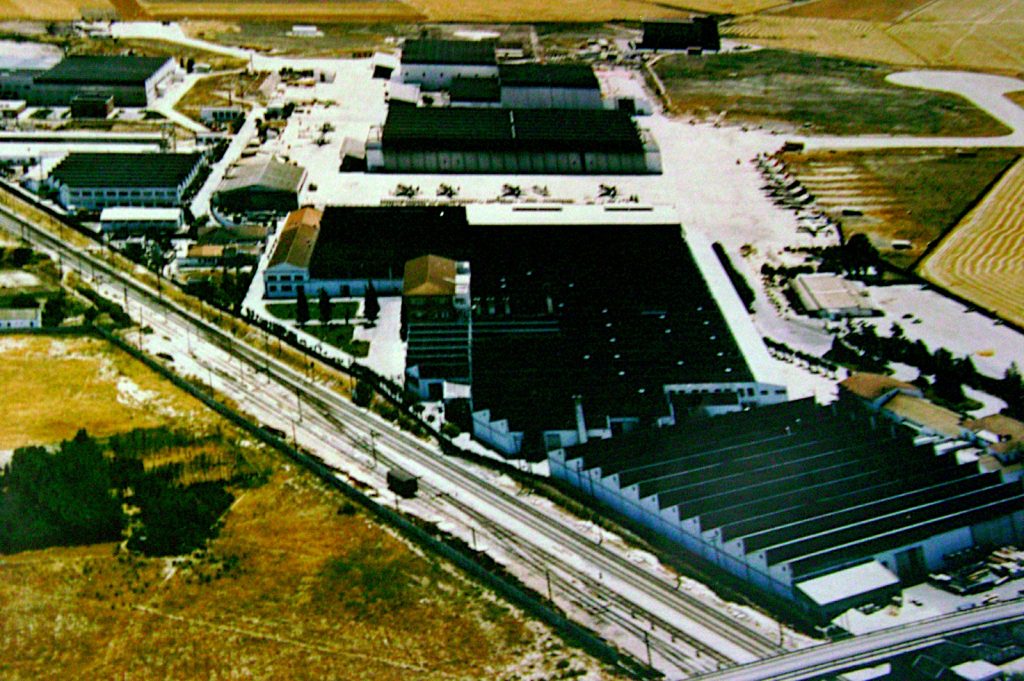 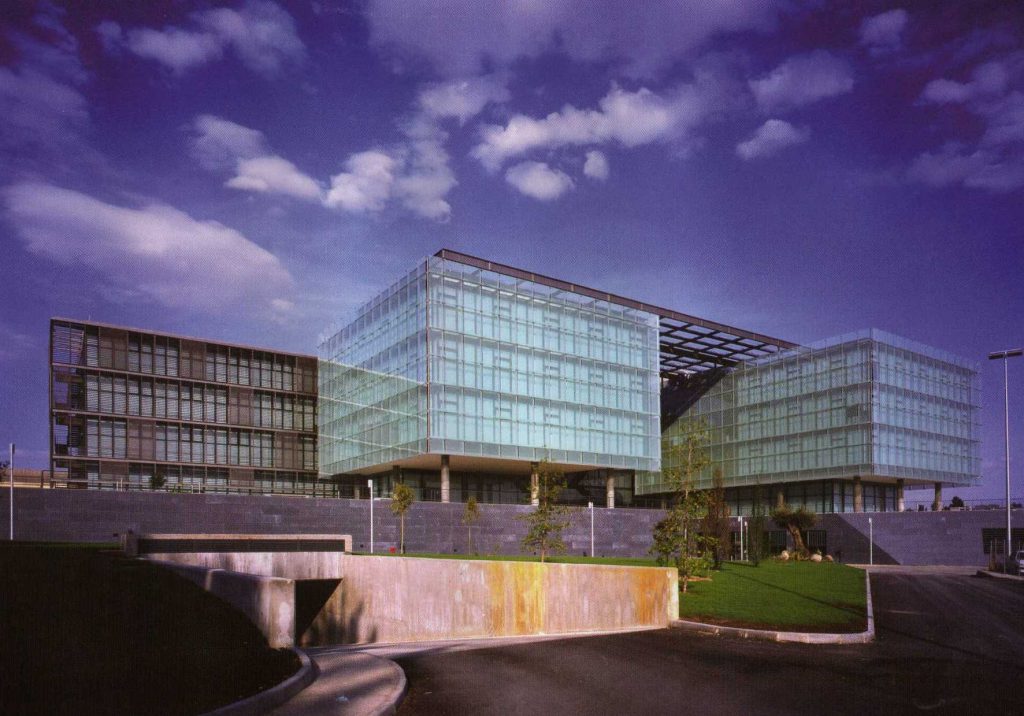 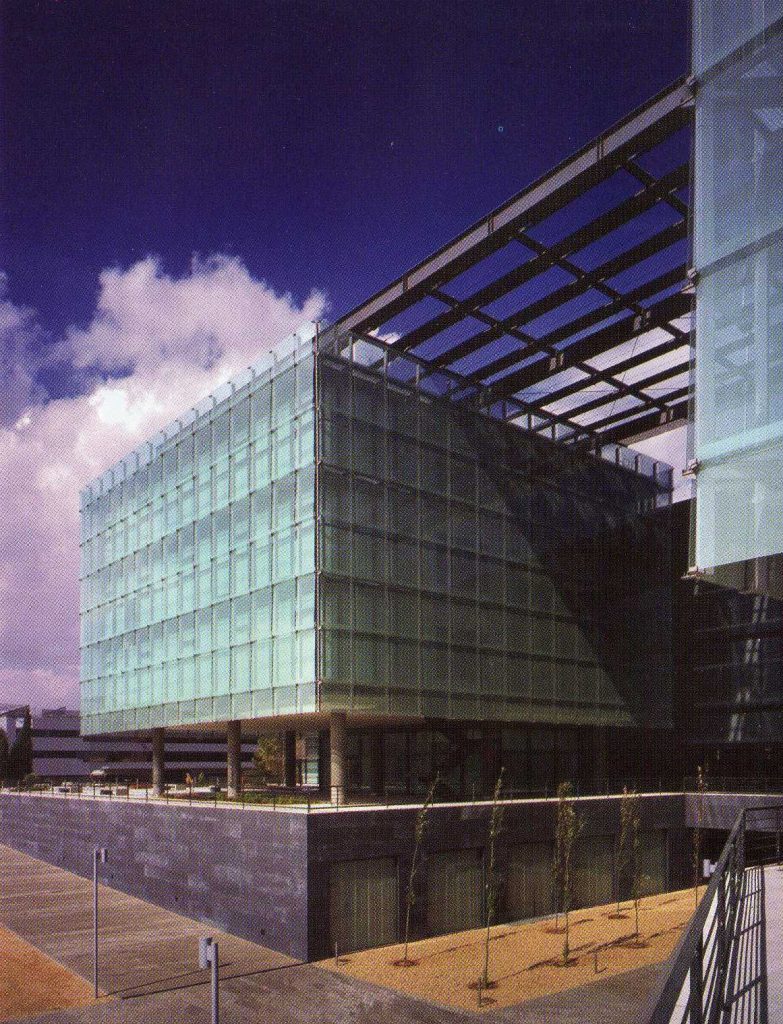 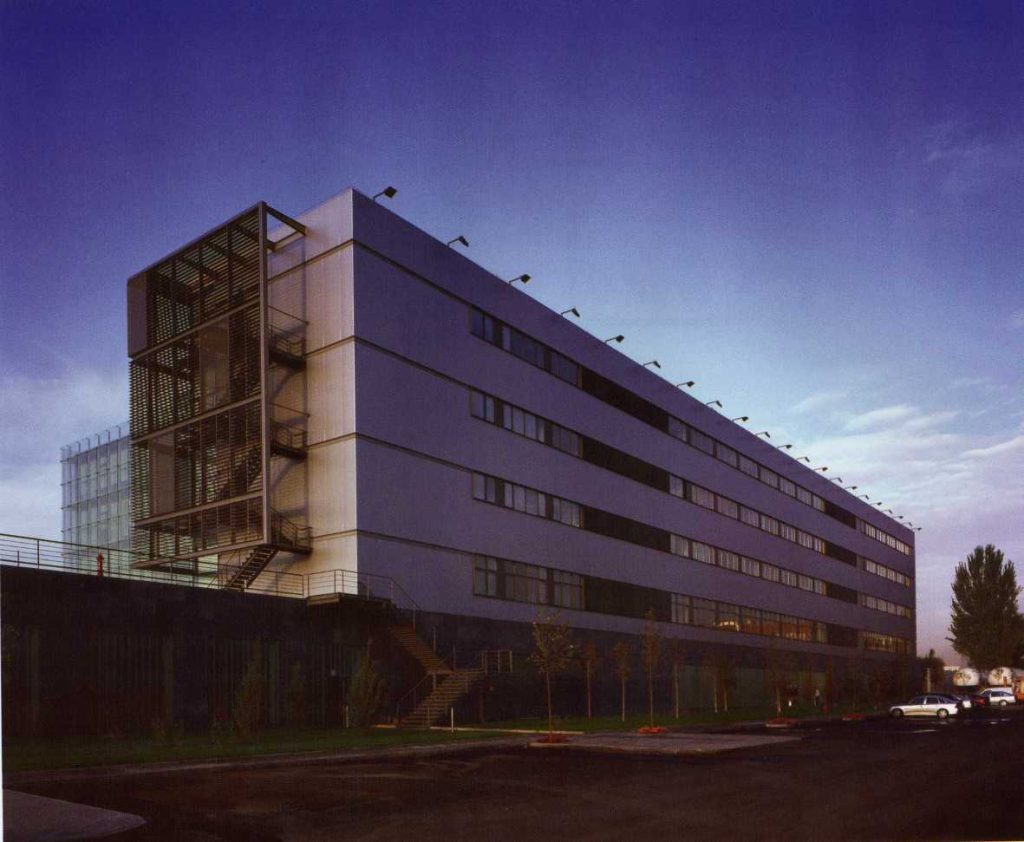 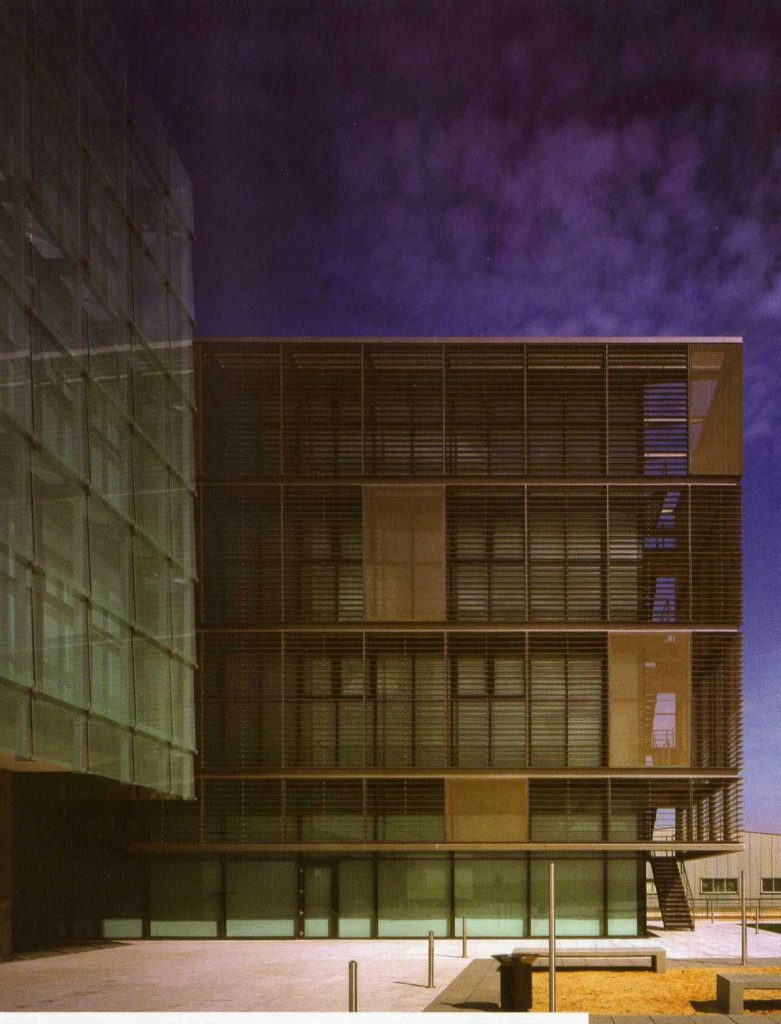 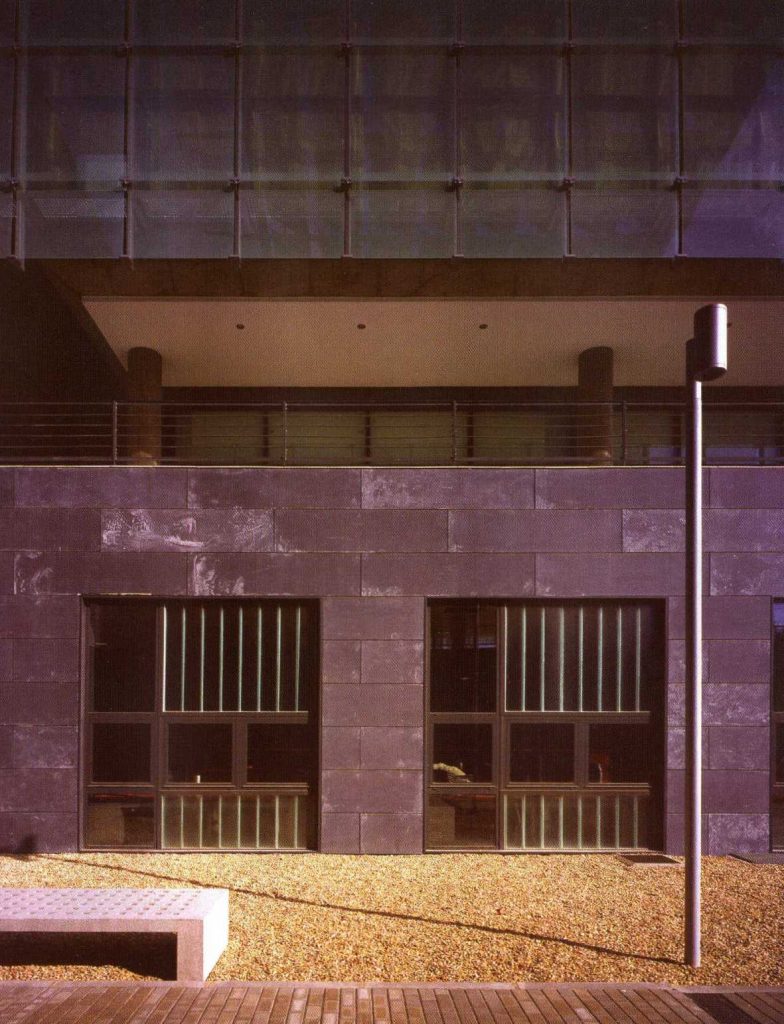 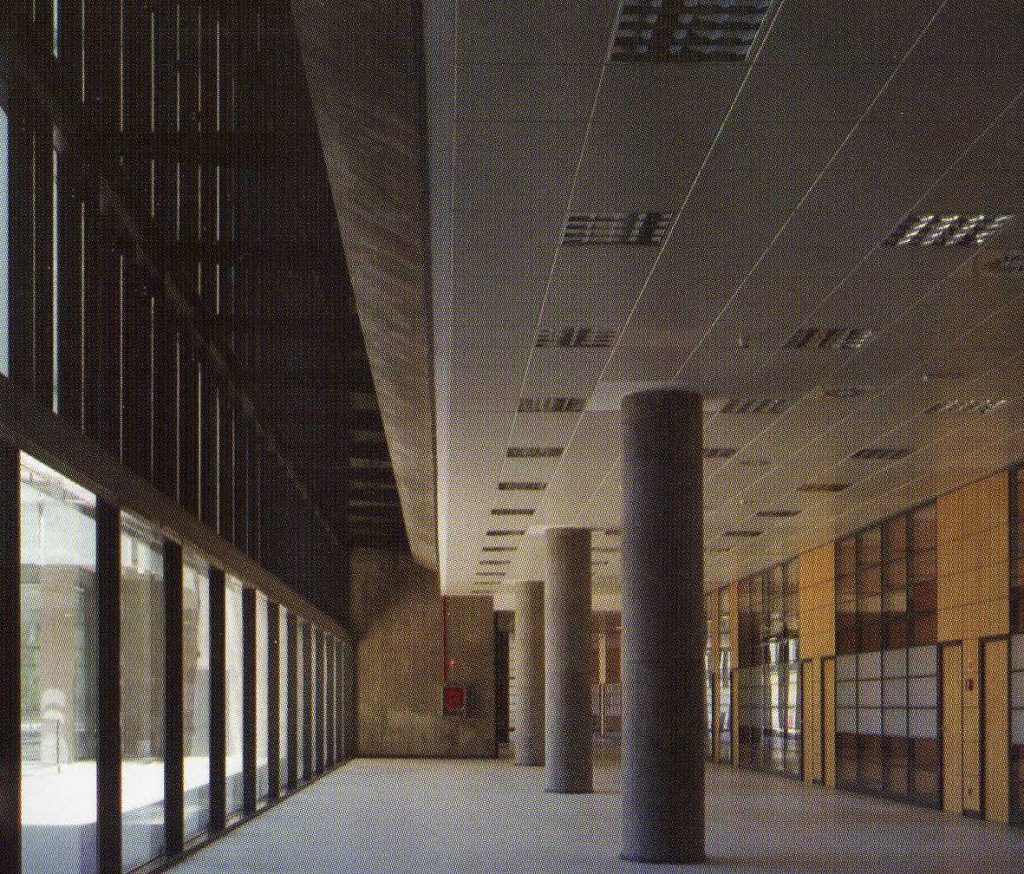 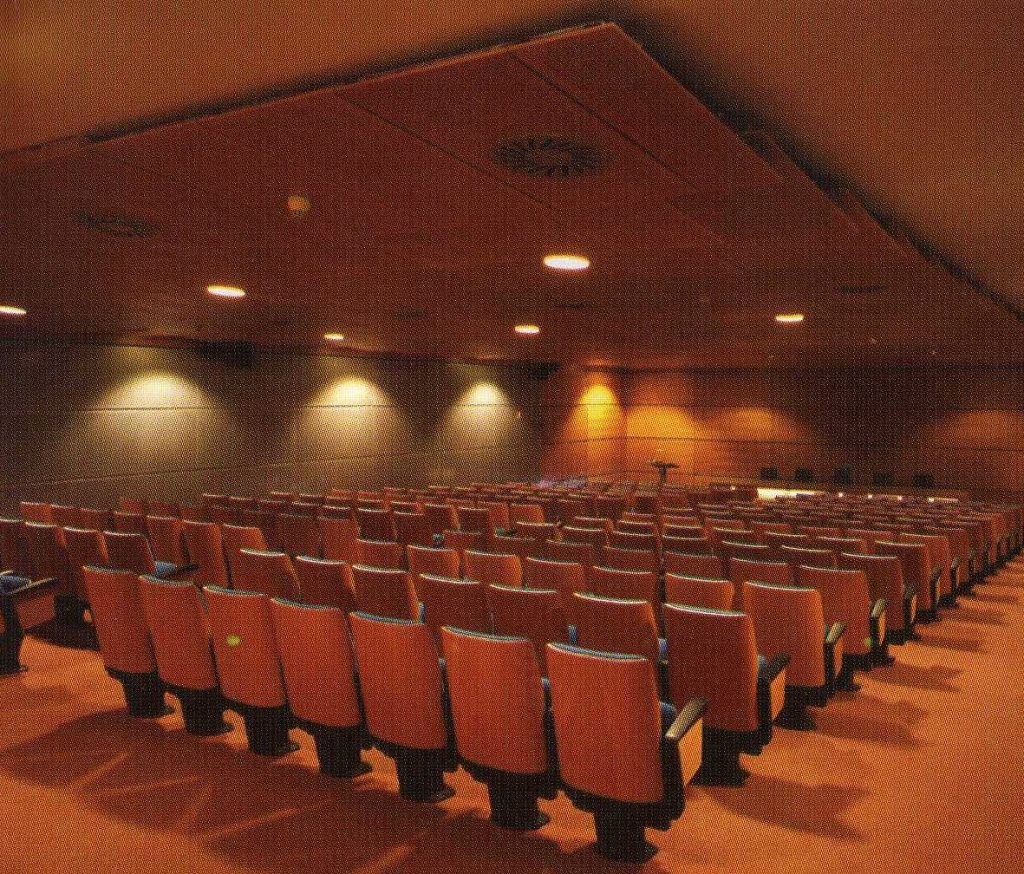