From the first moment we saw ourselves forced to MAINTAIN the VOLUME of the block, since the urban plan had already fixed it in order to establish a dialogue with neighboring buildings that at that time were unbuilt. Our intuition asked to us to reshape the marked volume, especially in the corner, BREAKING IT UP to create an irregular profile in both sides of the plot. The urban fabric of Vallecas follows the typical squared block grid comprising residential units, public facilities and green zones, all tied up by roads. This type of urban fabric falls into monotony: similar built masses, without hardly any variation in their four sides, without remarkable differences between blocks. 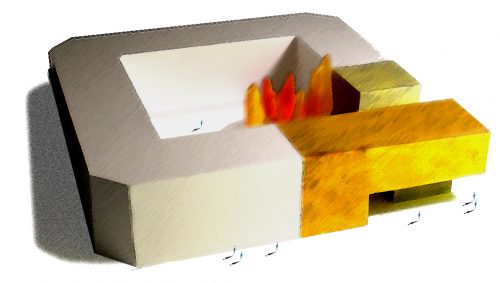 Volume fragmentation gives us the chance to develop buildings with enough identity to be recognizable and absorbed in the city’s memory, and to provide visual richness for pedestrian routes. In our case, a first step to fragmentation is given: the plot is a QUARTER of the original block. We decide to continue with this operation dividing the volume in two HALVES held in tension through a void. We characterize the urban IMAGE through the interplay of space and volume, we establish a dialogue with the neighboring buildings through the VIRTUAL VOLUME (previously defined by the height and width scheduled in the urban plan), composed by means of the void which has been incorporated in the overall composition, improving sun exposure and ventilation. Thanks to the great access space which leads into the patio, we make the block PERMEABLE at the spot where public space demands it most (green area in front of the building), at the same time solving the CHAMFER fixed in the urban plan: the sidewalk is integrated and extended under the great overhang. Translucent polycarbonate panels give shape to an homogenous façade that helps to understand the volumes in an abstract way. 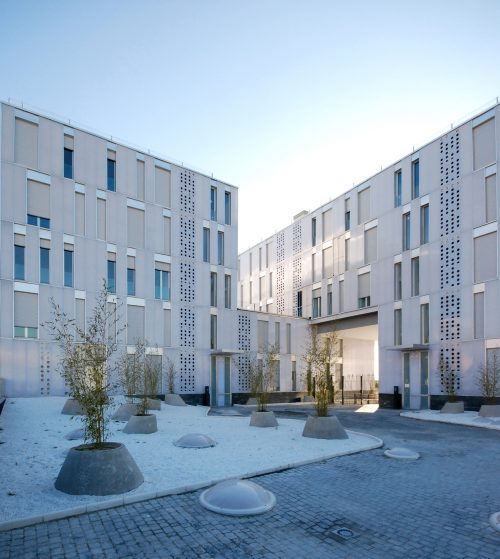 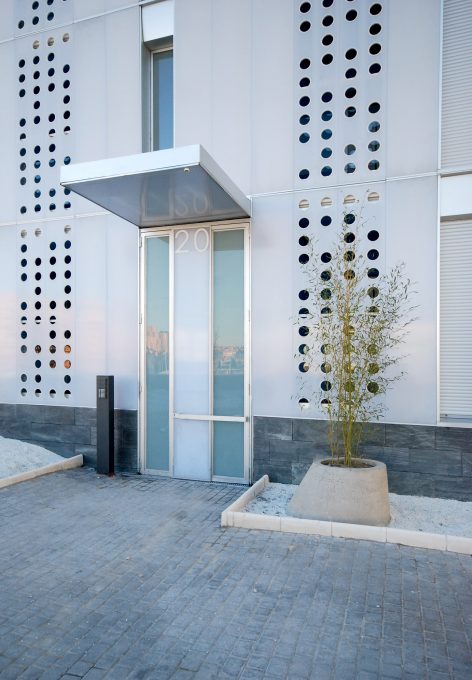 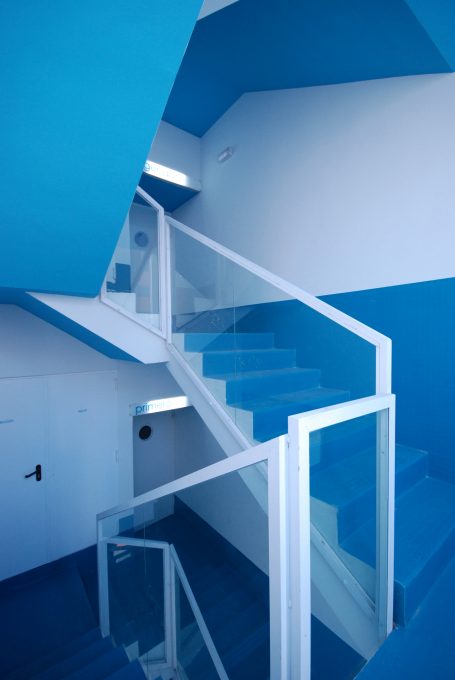