The Villa Paul Poiret commissioned by fashion designer Paul Poiret to architect Robert Mallet-Steven in 1921 is one of the residences of the early 1920s inspired by Cubism and later in Art Deco. Although the house was virtually finished in 1925, nobody lived in it, probably because of the bankruptcy in 1926 of its owner that did not allow to continue with its completion and maintenance.

For several years the fashion designer had wanted a suburban retreat for his family when he commissioned young Mallet-Stevens. He had approached other architects, including Le Corbusier, but was dissatisfied with his plans. Poiret, a sailor, was in a hurry to have a house built as he had bought a property that would give him a front row seat for the boat races on the Seine at the Summer Olympics scheduled for Paris in 1924. His anxiety Led him to move to the gardener’s hut as soon as it was completed in 1923. He never lived in his village of reference, there were delays in his elaborate construction, the House of Poiret declared bankrupt in 1926, and the villa was empty and Deteriorated until Poiret sold it in 1930 to the Romanian actress Elvira Popescu who in 1932 contracted the architect Paul Boyer for the rehabilitation, occupying it from 1938 to 1985.

1932: Popescu contracted the architect Paul Boyer who altered the original design passing it to the contemporary Art Deco, style Paquebot, with windows to the way steam ship and rounding in the corners of the terraces.

The story goes that Popescu knew the brother of Mallet-Stevens and asked the architect to finish the house, but Mallet refused, probably for two reasons: the shortage of materials and focus of the war that led Mallet-Stevens and his wife To take refuge in southwestern France.

1989: In 1989 the house, which in 1984 was classified as a historical landmark, had deteriorated again. This time it was bought by Sidney Nata.

Under the auspices of the National Historical Monuments Commission of France and the Bâtiments de France, the two bodies in charge of the listed buildings, the exterior of Mallet-Stevens and the interior of Boyer have been restored.

Perched on a hill this house looks a lot like a luxurious ship on the crest of a wave. And there is a poetic truth in this comparison. Villa Poiret is undoubtedly the first example of what came to be known as the “elegant ocean line” during the interwar years. Villa Poiret was also the first great design of the architect Robert Mallet-Stevens.

Like Villa Savoie, built a few years later in Poissy by Le Corbusier, this villa belongs to the modern architecture of the inter-war period. With plenty of right angles and polished wood Villa Paul Poiret offers a perfect example of the Art Deco time reminiscent of the styles of Parisian high society. Panoramic windows with black metal frames join the “portholes”, while the silhouette reminiscent of a transatlantic cruise.

Paul Poiret describes the house he never inhabited: “… all the materials were taken to the work place … united surfaces, sharp edges, closed curves, polished materials, angles, clarity, order.  This is my house, with logic and the geometry of tomorrow. The house rises from the ground like a perennial plant, made by the prestigious and careful architect Mallet-Stevens. Everything was white, pure, majestic and somewhat provocative, like a lily. “(Memories of Paul Poiret).

In spite of all the renovations the villa continues to fulfill all the cubist principles wanted by its designer: smooth surfaces, sharp edges, closed curves, angles and clarity.

The village of Mallet-Stevens U-shaped surrounds its interior courtyard as if it were a cloister protecting from the outside both the ground floor and the first floor. The architect had designed outside the U-floor an original lobby.

Constructed in reinforced concrete, with a geometric style, it had 25 rooms distributed in three levels, 800 square meters of internal space and 600m2 of terraces, among them an upper terrace with panoramic views and a corner hall of 7 meters high, with windows From floor to ceiling. The living room is the most remarkable part of the house, with its huge windows and the installation, of a brick fireplace.

During the period in which the villa was occupied by the Romanian-born actress Elvire Popesco, some changes were made to reinforce the habitability of the place, such as the incorporation of the lobby to the large double-height room where she spent the longest time. Also added were an office space and a hall for the movie pass, rooms and balconies were eliminated, unnecessary windows were covered and the “useless” spaces destroyed.

The staircase tower is marked by a boat-like opening that provides views of the park, although this opening was in the design of Mallet-Stevens, this entrusted its realization to the architect Paul Boyer.

In the southwest, a large modern kitchen replaced the original, combining small rooms and spaces of the house to give this environment the animation that corresponded. All toilets that could be restored on the ground floor were kept to the delight of visitors, although the fittings were entirely to be changed. To the six rooms on the top floor were added elegant and modern bathrooms, within the standards of the time, retaining its original function.

The main entrance became an axial open door in a corner of the concave wall. With its more compact volumes, pierced windows everywhere, deck railing, horizontal railing windows and the extension of the rounded base, the house could pass for a pure example of the mid-30s style.

The park with rare trees, covers 5 acres with a raised outdoor pool and the caretaker’s house which was also restored. In this house lived the famous couturier Paul Poiret waiting for the construction of the main house to finish, which never happened since its economic ruin did not allow to complete the works. 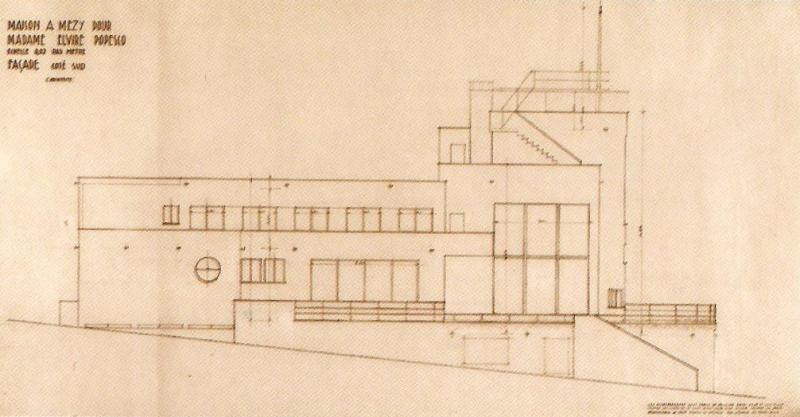 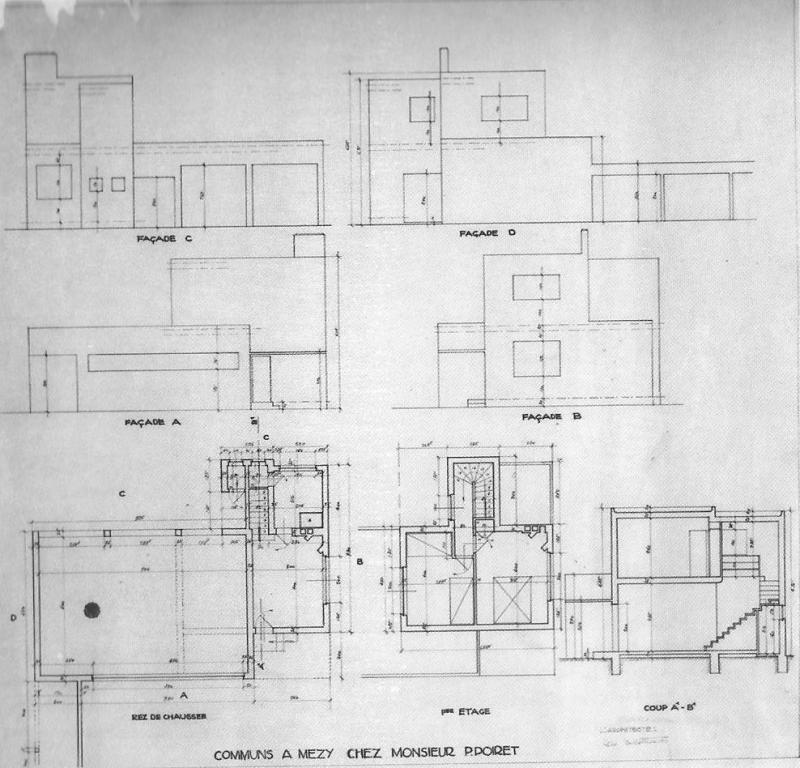 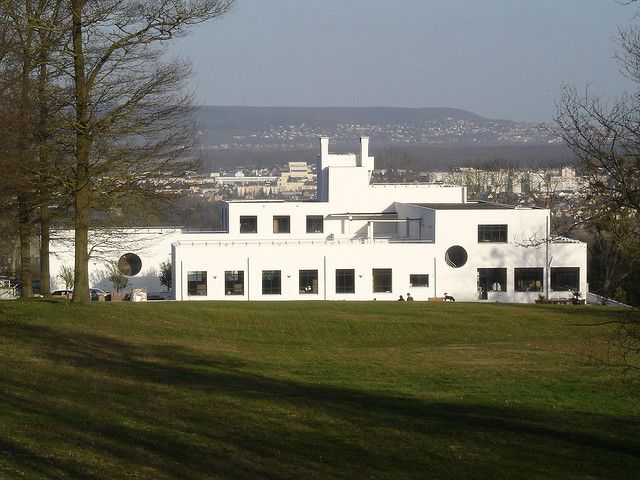 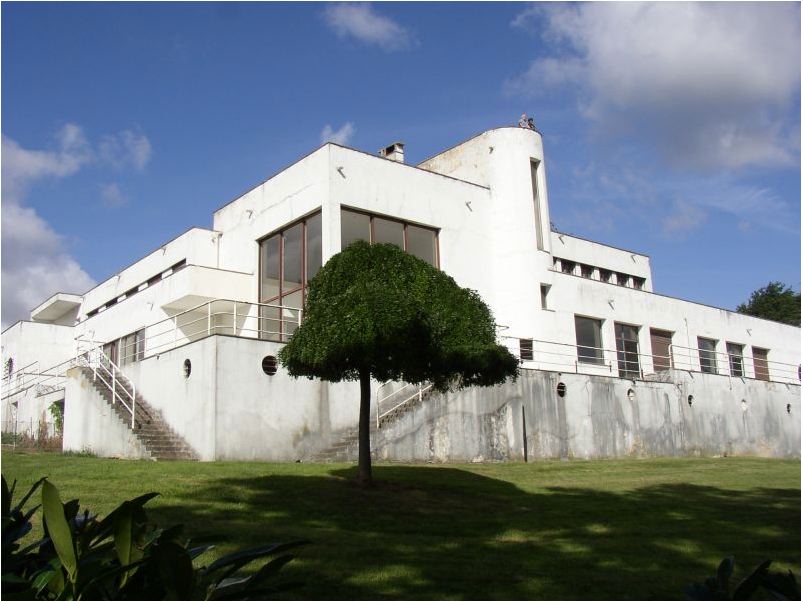 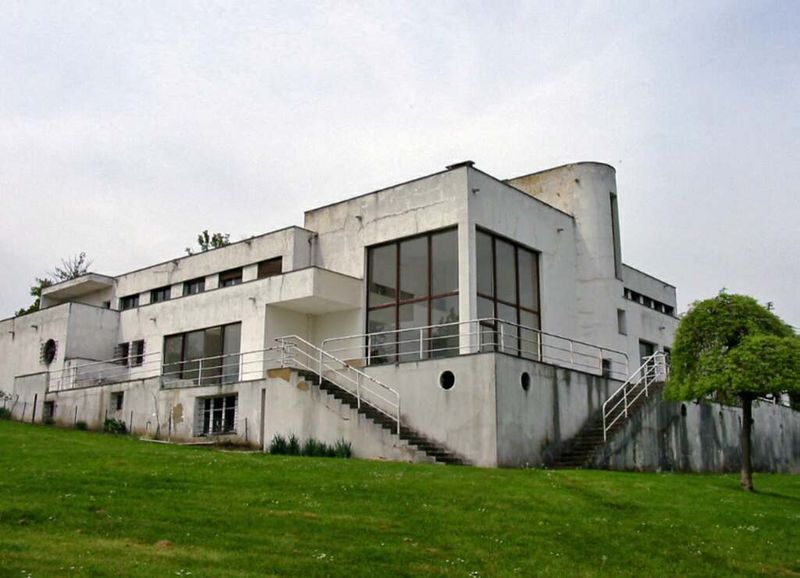 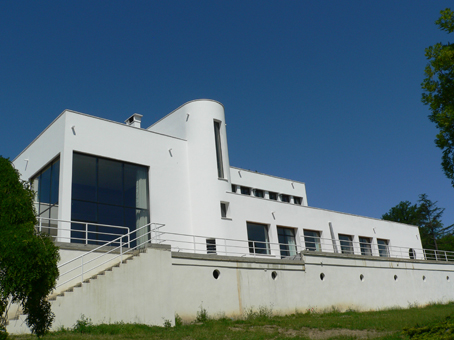 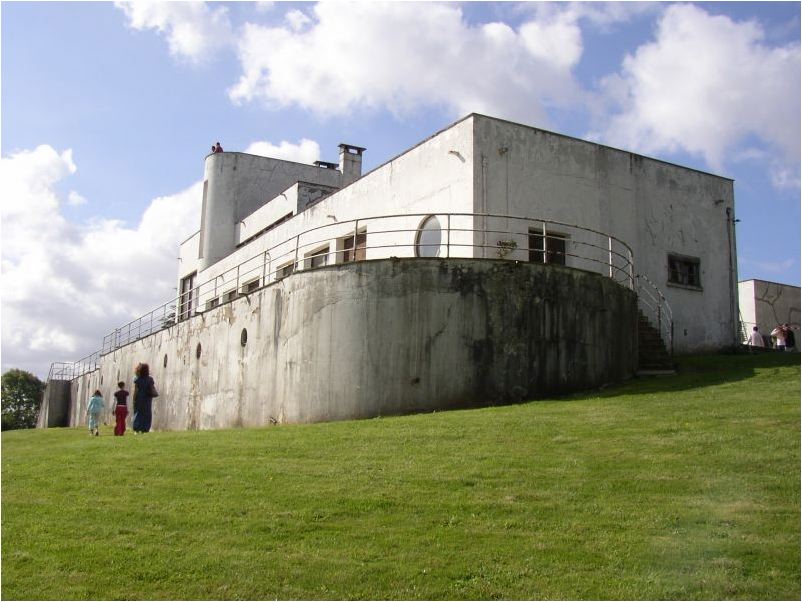 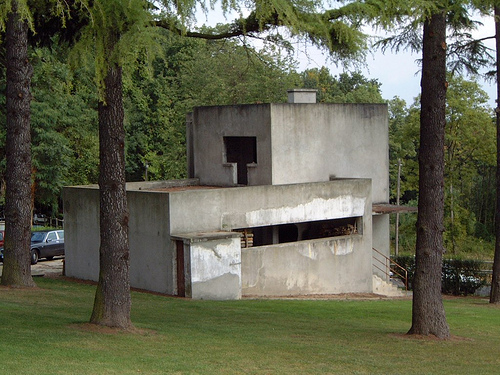 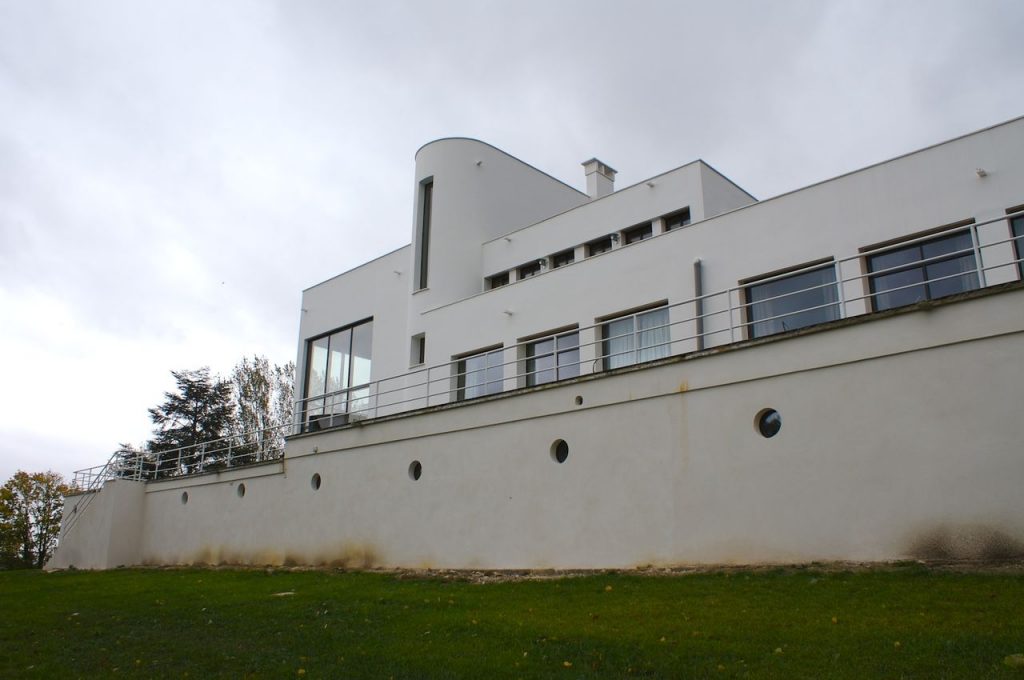 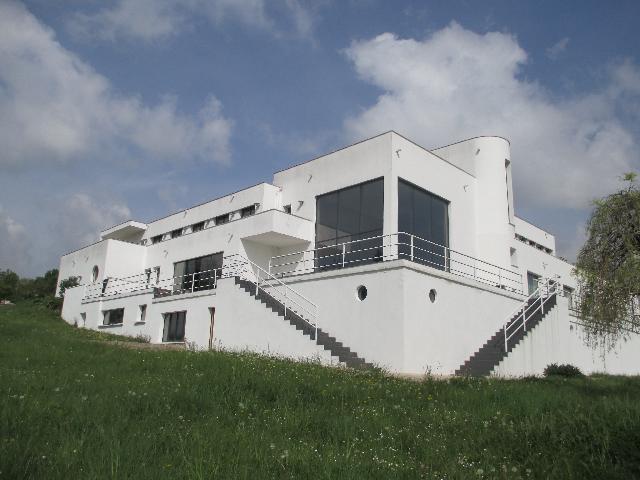 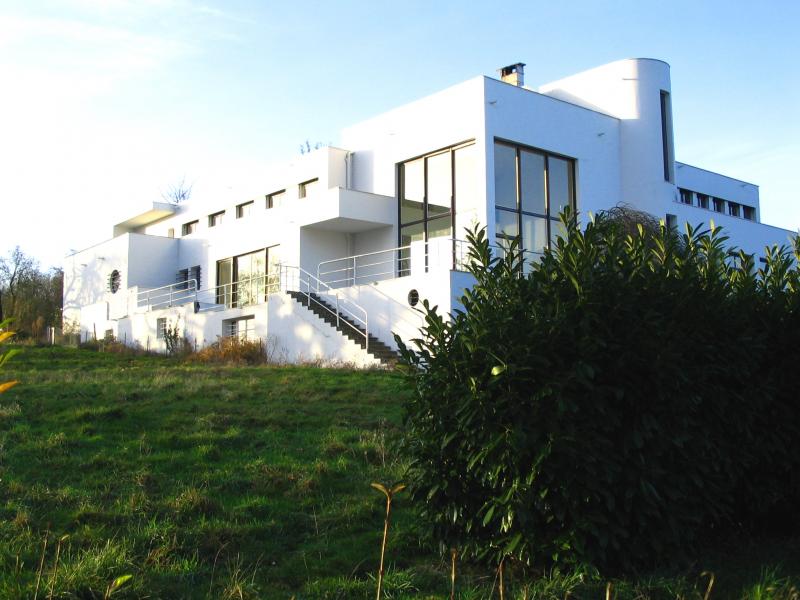 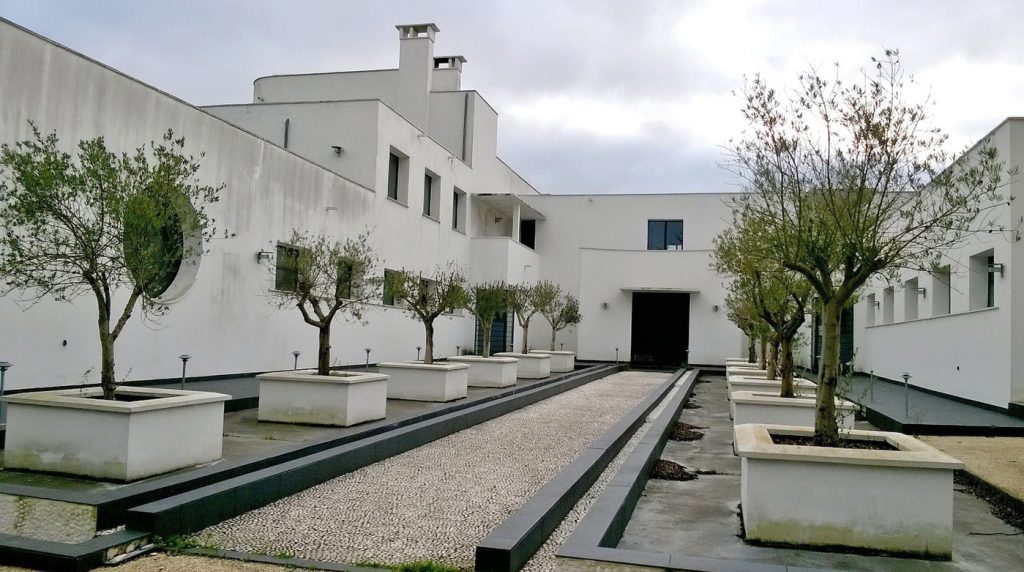 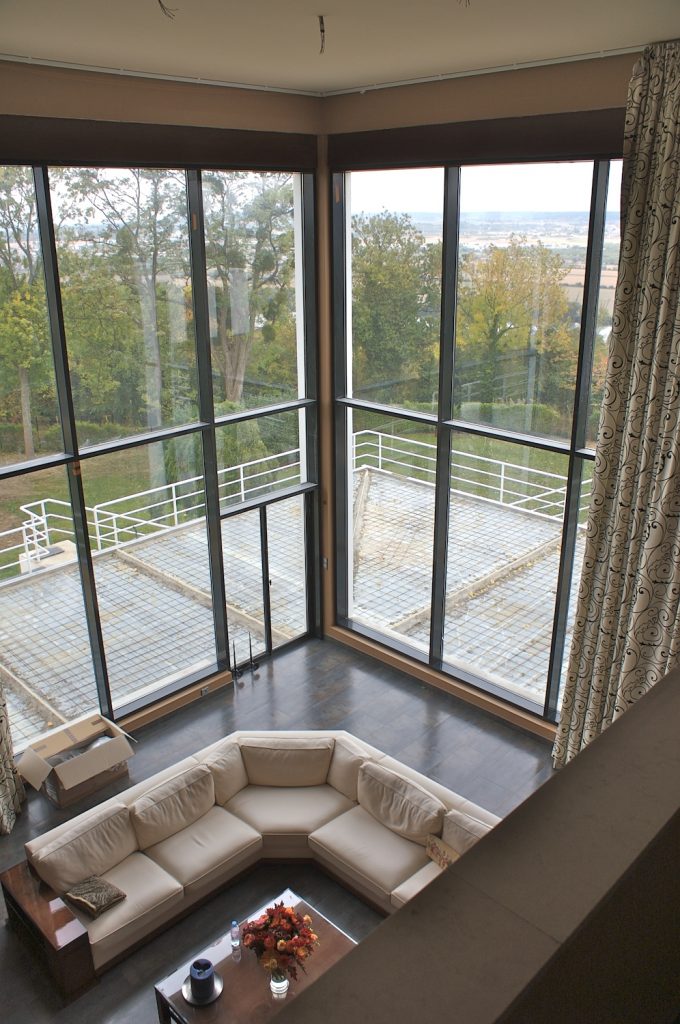 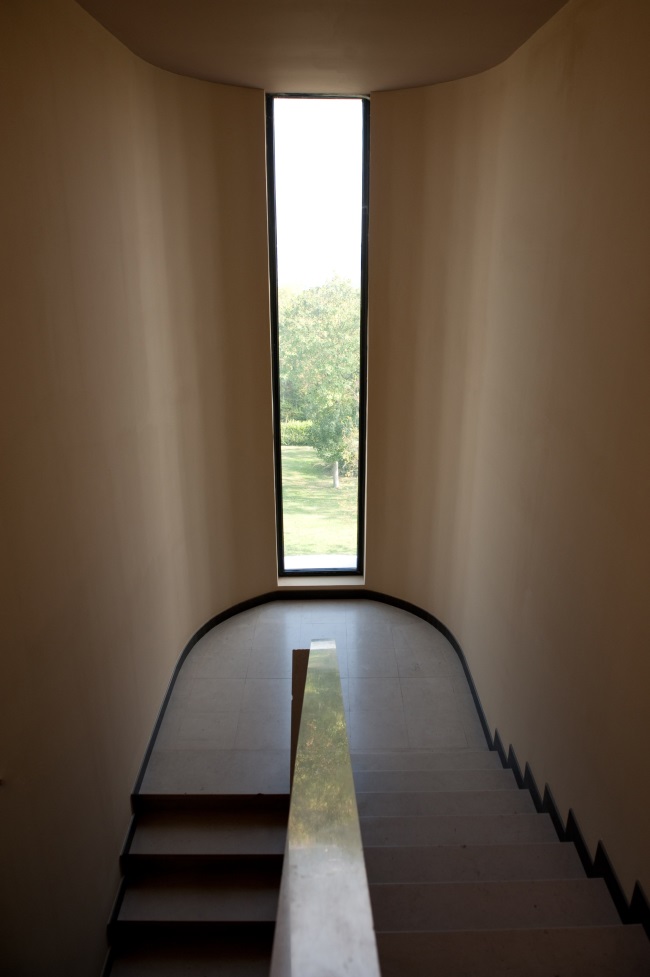 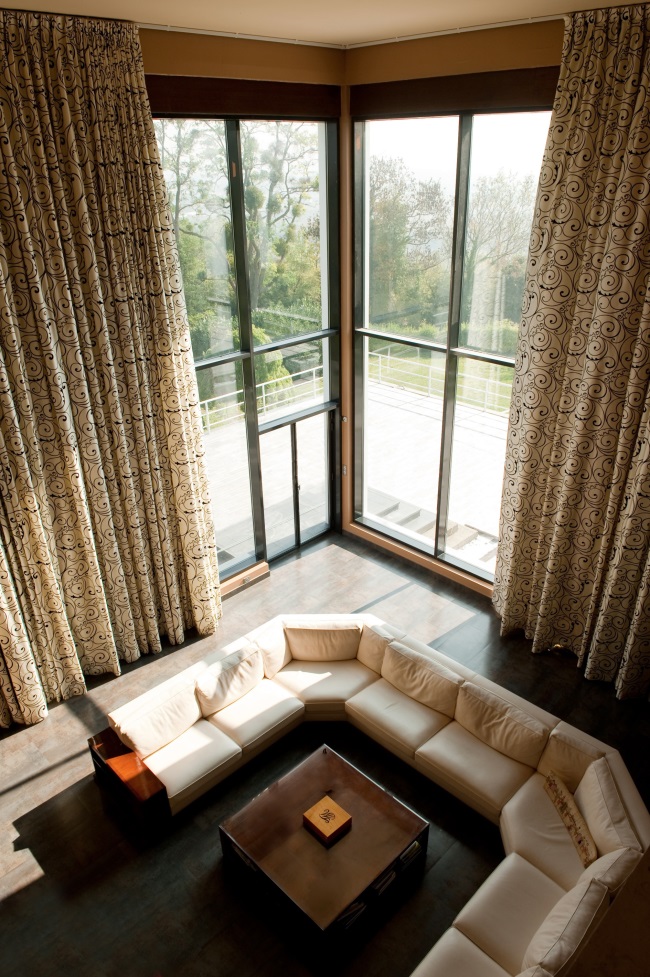