Rokko Housing I, II, and III

While remaining within the tradition of modern composition, the emphasis of self-taught Japanese architect Tadao Ando on the natural and geographical context, and the weight of its historical and cultural heritage, are the stilts on which they based their entire work. The harmony between nature and architecture is a current of traditional Japanese culture. This is how nature is one of the main concerns of Ando, who is always trying to integrate with the interior of their buildings, through courtyards and gardens that include light, ventilation and rain. These works in particular, this issue has particular relevance.

The first set was born Rokko Housing sleep Ando, making this step building along the slope of the mountain, where every house had contact with nature, differentiating between a skyscraper or any other building in height.
Built the first and second set, the architect began with the third project without any client. After an earthquake, all factories in the area collapsed and were just standing homes. It was there that captured the third set.

The sets of houses I, II and III are located in neighboring plots to each other, on Mount Rokko, on the slopes of the city of Kobe. The houses are built on the hill, following the slope.

The first set is at the foot of the mountain, built on a hillside facing South where you can enjoy a great panoramic view of the port of Kobe and Osaka Bay.

Rokko II complex is located on a site above and to the left of the first set, being four times higher.

For the third is three times larger than the second. Rokko III is built over the previous two.

Rokko housing I and II were proposed with a slope of 60 degrees south and located at the edge of the Rokko mountains in Kobe. The project idea was not only overcome the constraints of the site, but the benefits of this deployment and its unique views. In the case of Rokko III, the configuration has not stepped up in a flat area.

These joint ownership of the land is a key factor. The design allows phased provide each household with a particular sector of a time getting to the harmony between the building and its surroundings. Here, all units have their area of green land and no matter what level they are commingled with nature, creating a new type of housing that arouse feelings of ownership among its residents.

The houses were built with strong relationships between public and private spaces, through the concept of public traffic and terraces, where the residents. In turn, each household seeks to reaffirm its own individuality, different spaces, terraces, views, and relationships between them. Through aterrazado, Ando achieves a grand opening in each home without sacrificing your privacy.

With the intention of creating and strengthening the relationship between nature, public and private spaces, using a network system to control the overall structure. It is a rigid framework in which all the houses, terraces and large spaces are included.

In Rokko III introduces another element: prefabrication, not as a means of reducing costs but in relation to social thought.

I Rokko is based on a grid of twenty modules in plant and increase of 5.80 x 4.80 meters from the sites that are organized.
In the promotion slope intentionally created a series of holes to unify the complex, while acting as a square. Areas to serve the ends of the building as areas of ventilation and insulation.
Twenty modules are grouped in front of the slope are all different types and sizes. They all have a terrace with different views.

In all three sets, life is covered through the manipulation of units and combinations of interventions in outdoor spaces. In every housing spaces are proposed different rooms near the sky, green slope facing rooms and receive the light of the courtyard, all with exceptional views.

There are also communal areas where the inhabitants are related to the complex, including terraces and circulations.

The framework mentioned above, each set includes the time it contains the exterior spaces.
Rokko II is structured around a central staircase and contains 50 homes designed on a uniform grid of 5.20 meters behind. Is slightly turned to his neighbor, as a whole.

The second set of spaces are wider and more luxurious than in the first case. This set has an indoor pool.

Rokko III is L-shaped built on three levels. It has 174 apartments, with garden terrace on the roof of each home. In this case, the design has not staged the previous sets.

Once again, Ando used concrete in his book, whose color is not acting against the area, but intensifies its depth. Geometric shapes which, intentionally artificial marked by contrast, its natural environment. This is evident in the concrete that holds all the spaces. 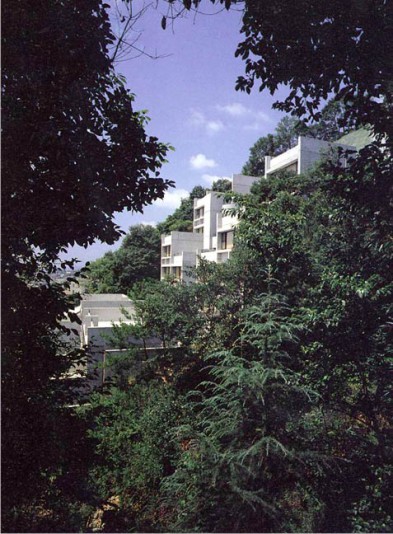 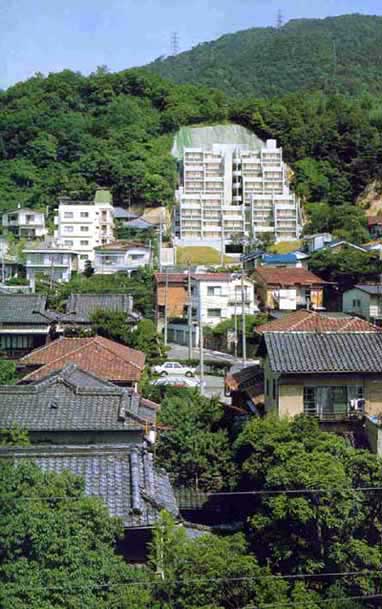 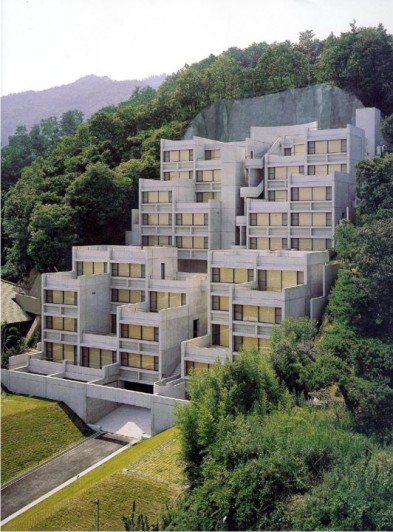 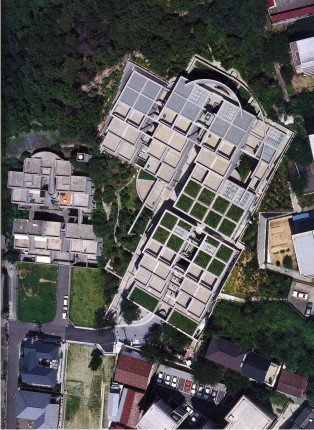 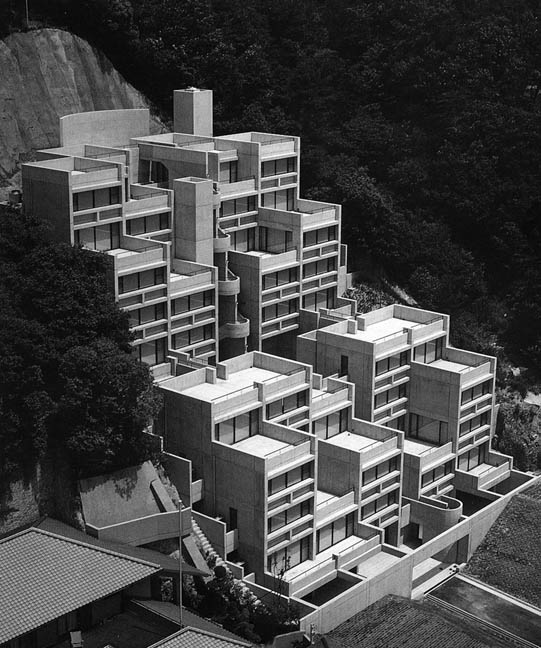 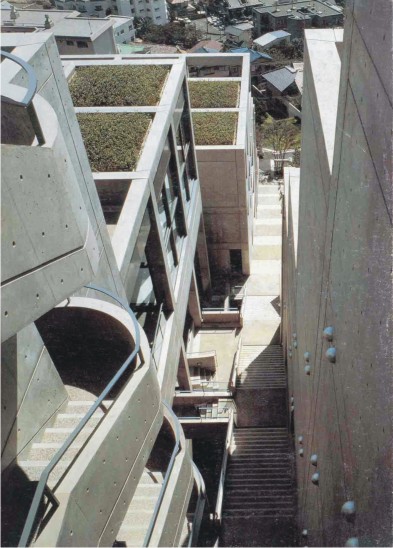 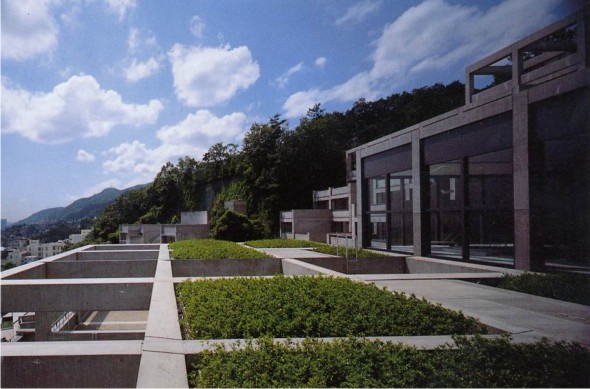 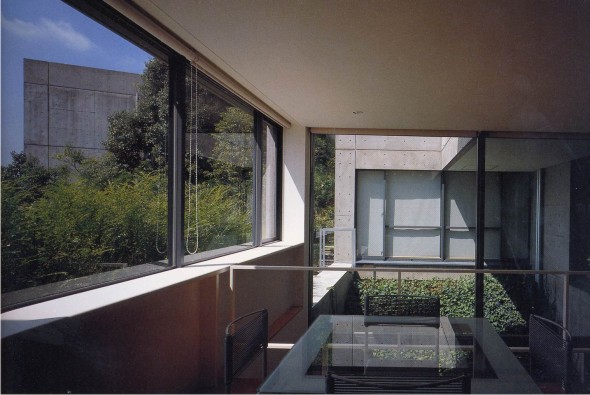 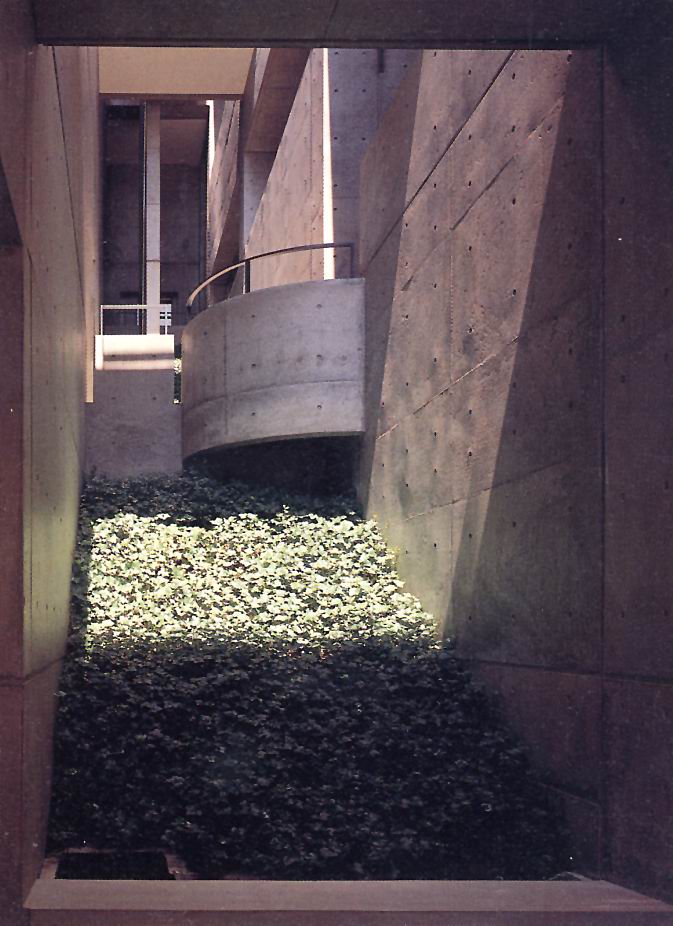 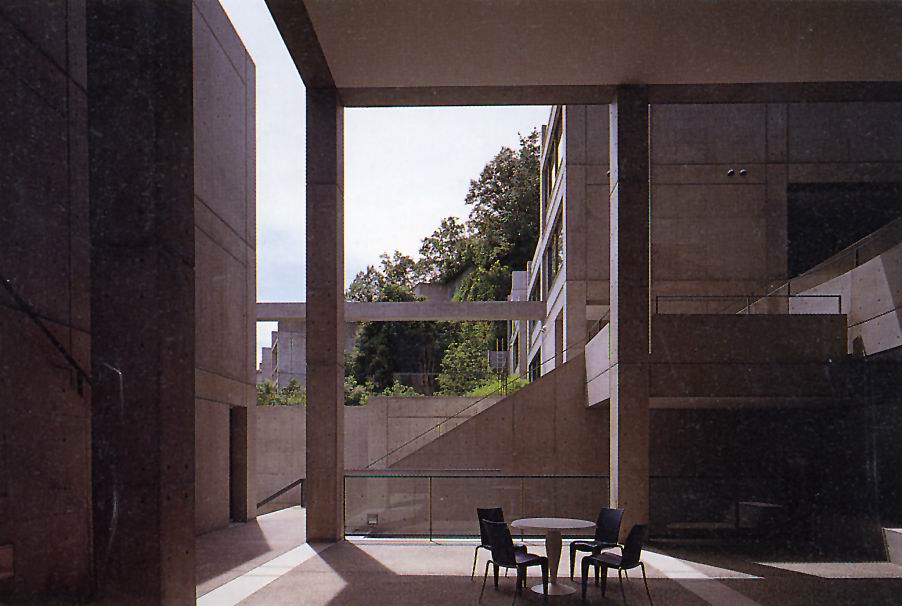 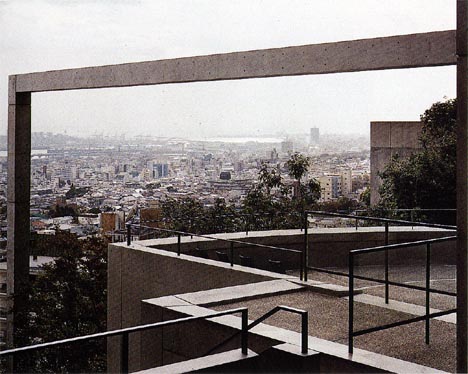 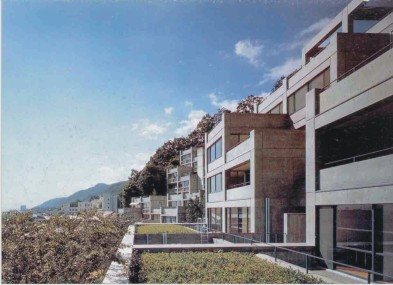 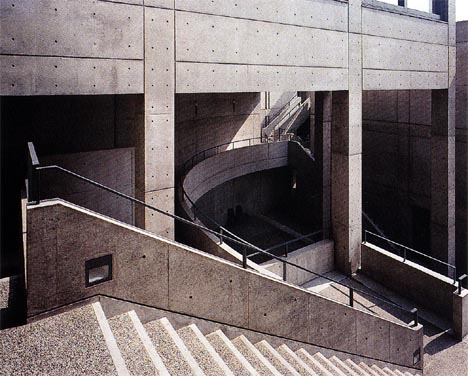 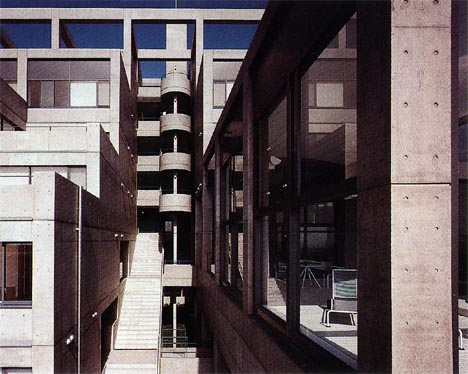 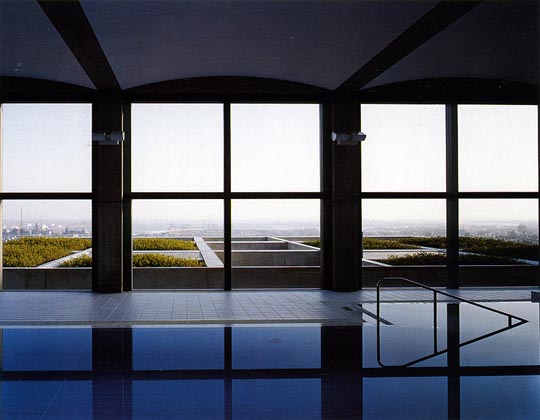 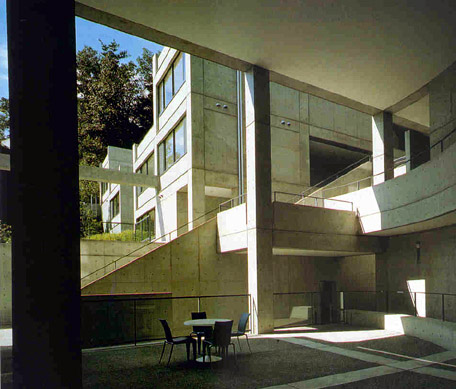 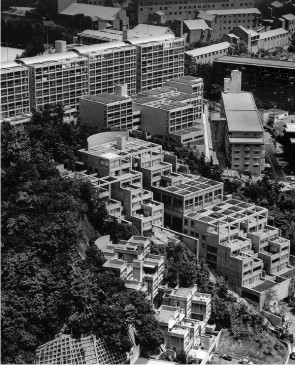 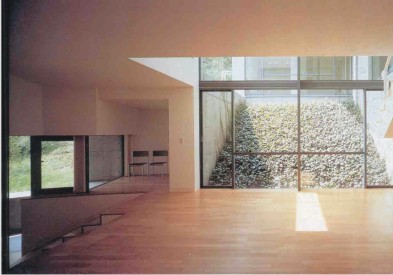 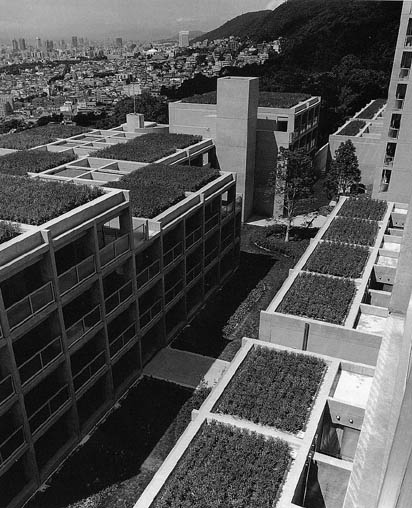 Rokko Housing I, II, and III