Designed by Luis M. Mansilla and Emilio Tuñón and located in the city of León (Spain) at the entrance to the neighborhood of Eras of Renews, the Museum of Contemporary Art of Castile and Leon was opened by the Princes of Asturias on April 1, 2005, with a strong purpose: to be a museum of Present and become a cornerstone in the development of Contemporary Art, at the international level.

On a large urban level, the MUSAC paints the scenario of art with the same optimistic attitude with which the surveyors drew Roman cities on the landscape.

Compared to other sites whose quality museum focuses on the exhibition of historical collections closed, the MUSAC is a living space that opens the door to a wide range of contemporary art, an art center that builds a set of board game where actions are the protagonists of the space itself, a structure that develops from an open system, composed of a fabric of squares and lozenges, which allows building a secret geography of memory.

The MUSAC is located in the city of Leon, Spain, in the autonomous community of Castilla y Leon, specifically in the Avenida de los Reyes Leoneses, 24.

The museum of avant-garde design has been built in the most modern area of the city with the intention of enhancing its growth into a neighborhood cultural and art within the art world not only Spanish but also in Europe.

It is a building with a peculiar plant, inherited from the geometry of some Roman mosaics, whose originality lies in the fact that two-polygons a square and a diamond-deploy allows a continuous surface on the plane.

One of the hallmarks of this peculiar building facade is made up of more than 3,000 colored glass, stained-glass window inspired by ‘The Falconer’, one of the oldest in the cathedral, the thirteenth century and whose image has been pixilated to give color to each of the glass covering the facade.

In the interior, the white concrete is the protagonist of a place where the spaces flow one another.

The surface of the five exhibition halls of the museum is 3,400 square meters. To these must be added the 180 square meters of the screening room and 450 of the entrance hall, illuminated by two large skylights.

A series of exhibition halls and autonomous chained allows exposures of different sizes and features, with each room, a stream, build a space continuum, but spatially differentiated, which opens to the other rooms and courtyards, encouraging visions longitudinal and transverse diagonals. Five hundred prefabricated girders closed spaces marked by constant repetition and formal expressiveness.

Outside, the public space becomes a concave shape to accommodate the activities and encounters, collected by large glasses of colors, to be the place where he paid tribute to the city as a place of connection between people.

Inside a large area of spaces but different, dotted with courtyards and large skylights, giving way to an expression that tells us about the interest that they share the architecture and art: the contemporary manifestation of what and what variable perennial, of Like you and I differ, the universal and the transitory, like an echo of our own diversity and equality as individuals.

In its extension, as a building constructed on one floor with white walls and large windows to the exterior color, the MUSAC wants to be a space where art feel comfortable and to help erase the boundaries between private and public Between leisure and work and, ultimately, between art and life.

The predominant materials are undoubtedly 3: homigón, iron and glass.

The concrete is bearing the entire structure of the building at the time that defines the walls of the exterior spaces in shades of white.

The iron creates a structure of more than five beams to support the base expectacular the facade of the building.

The glass is the image of the building because in 42 different shades covering the entire building reminding the windows of the cathedral Leon. 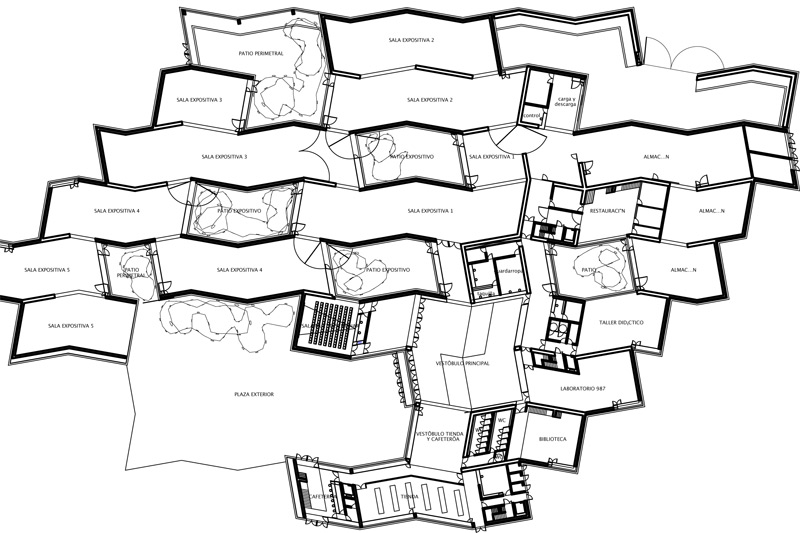 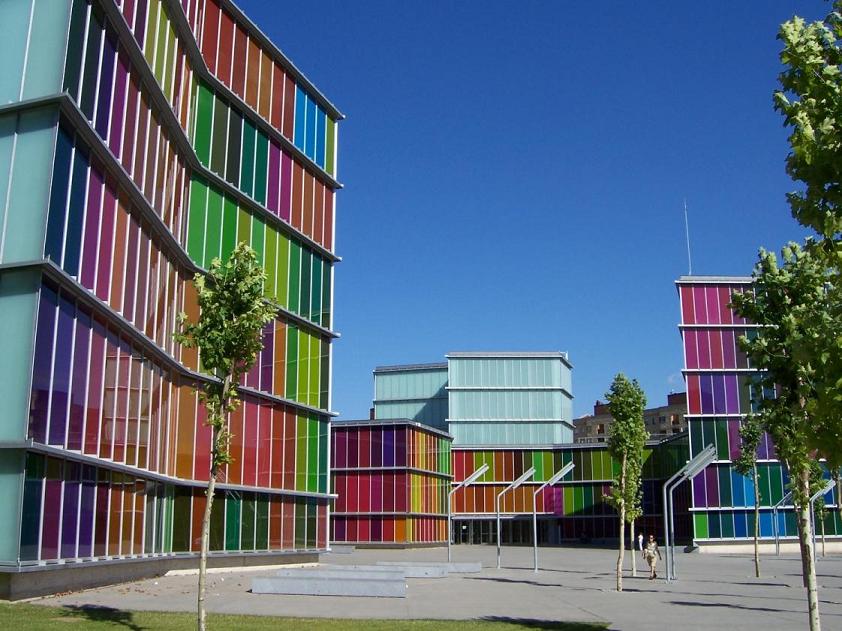 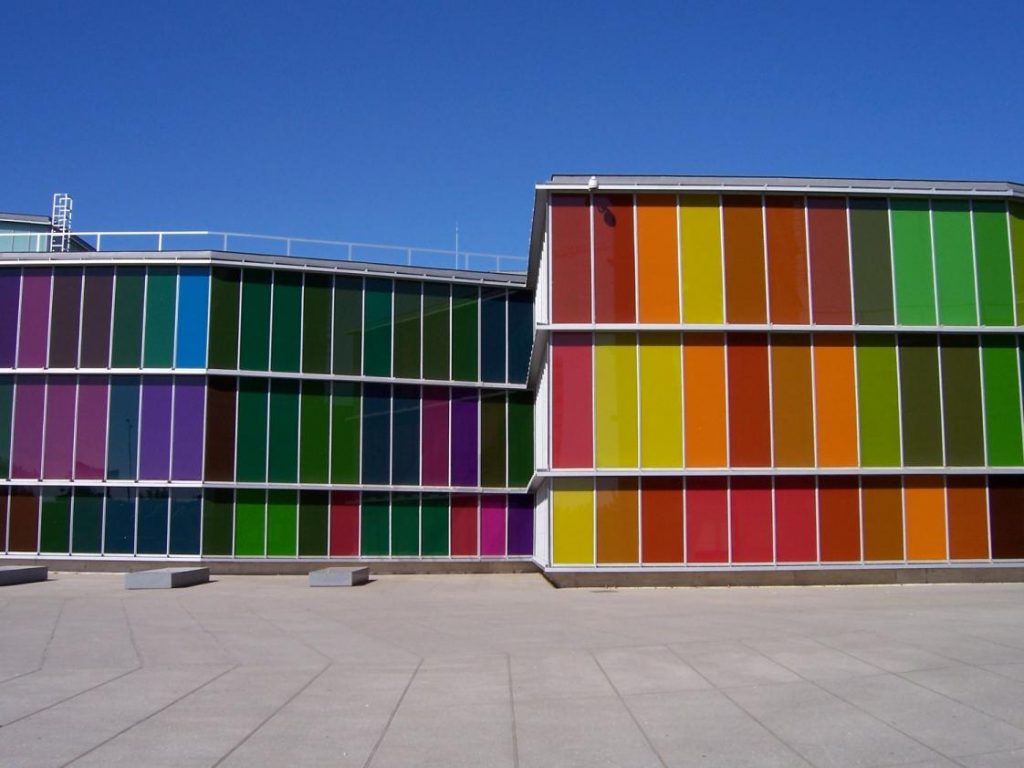 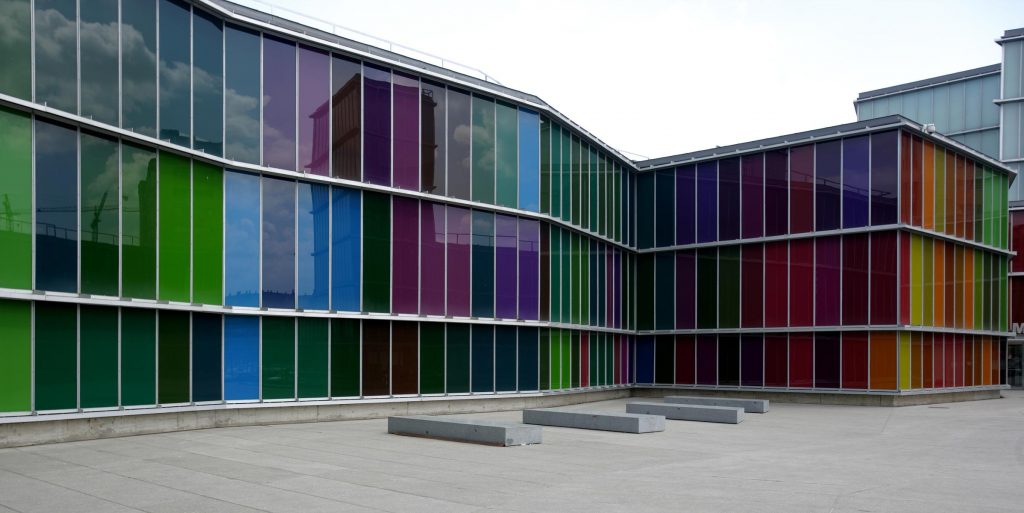 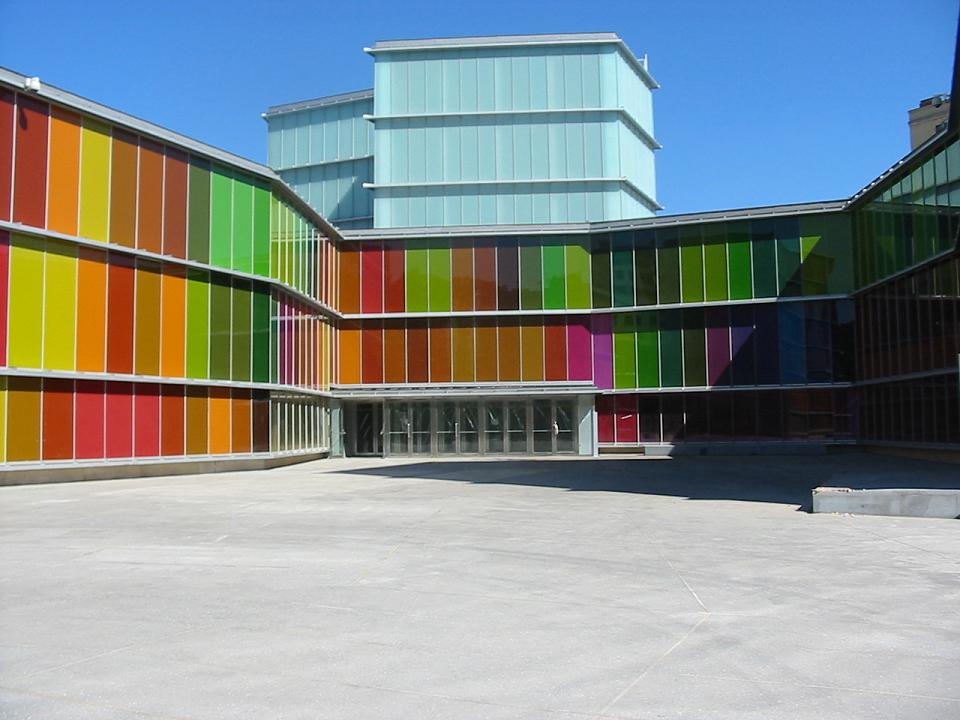 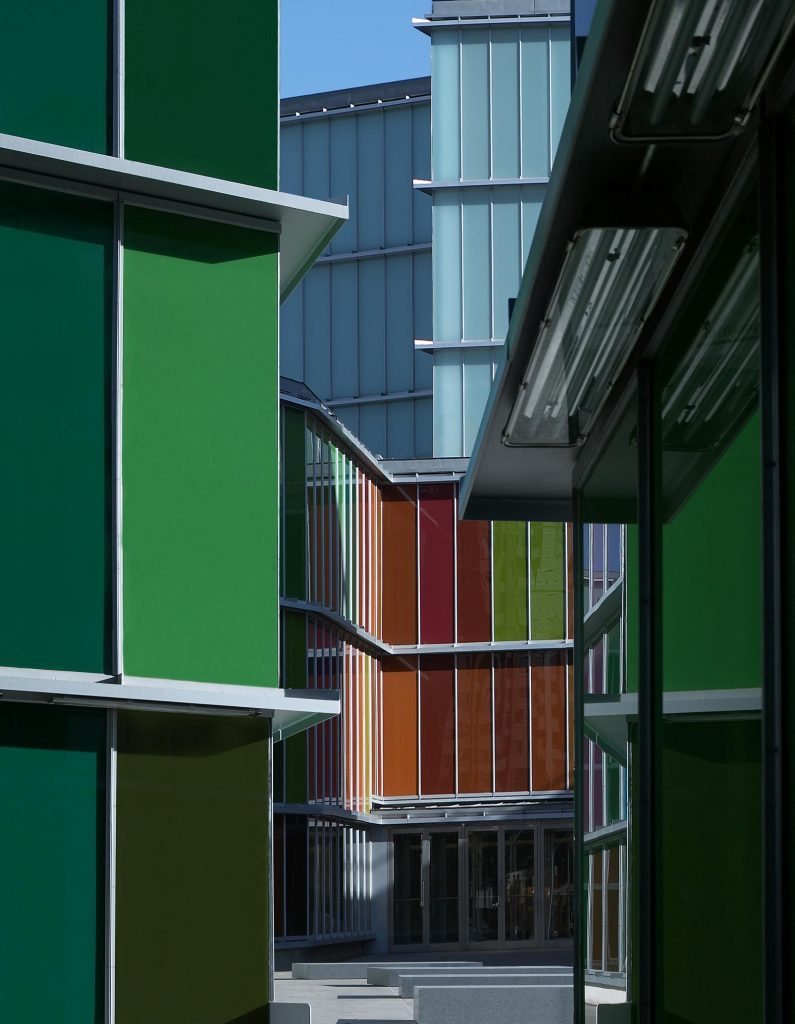 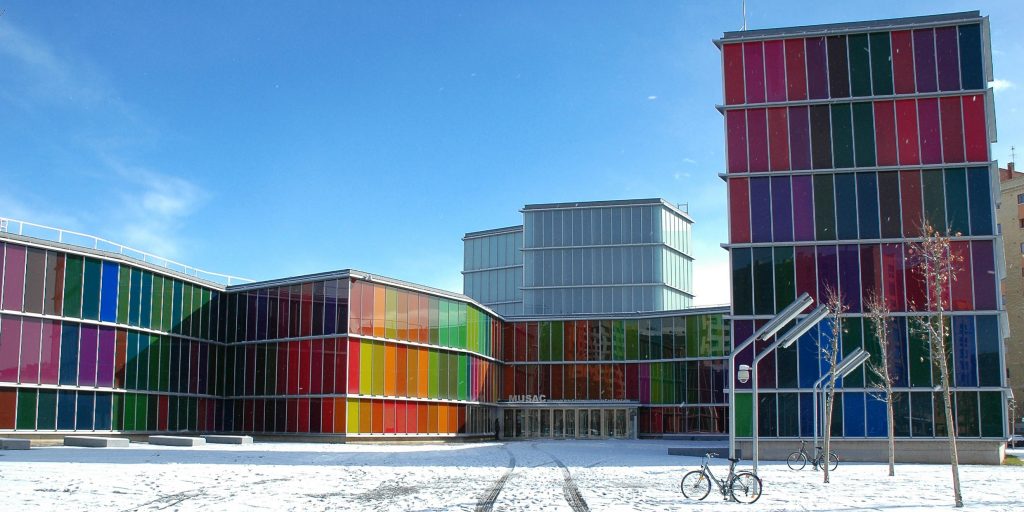 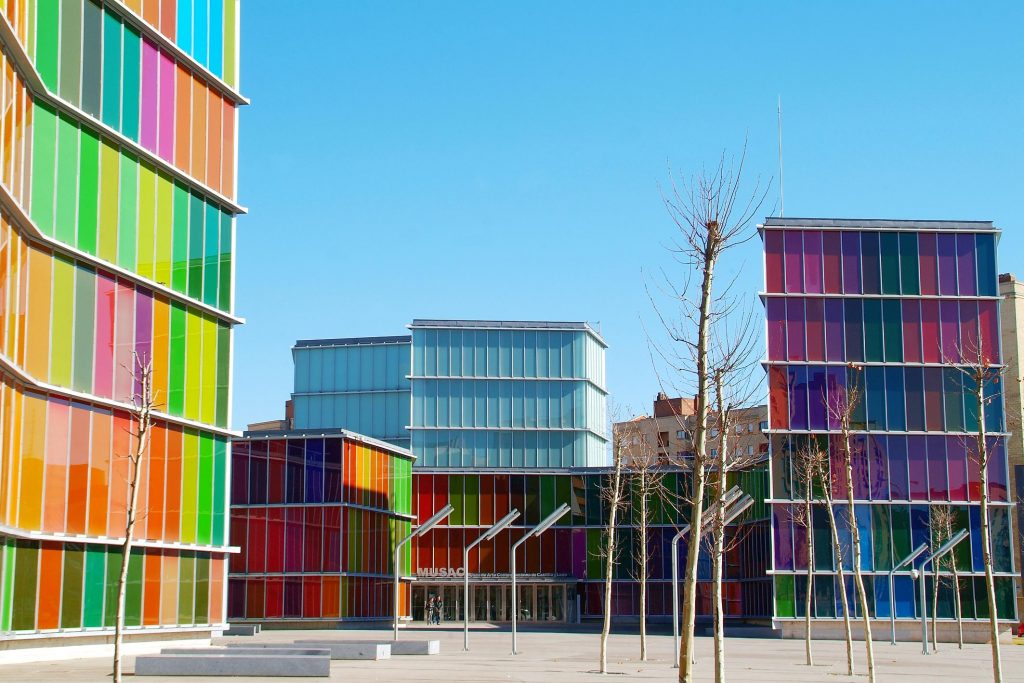 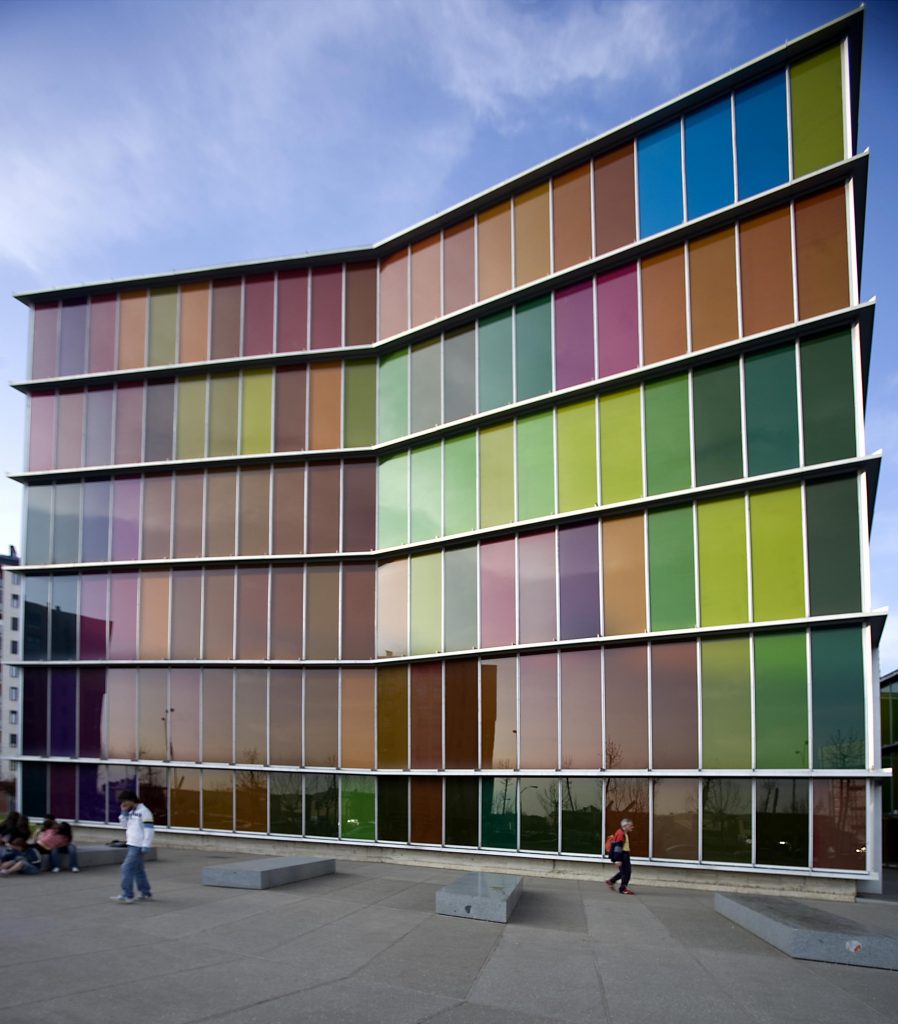 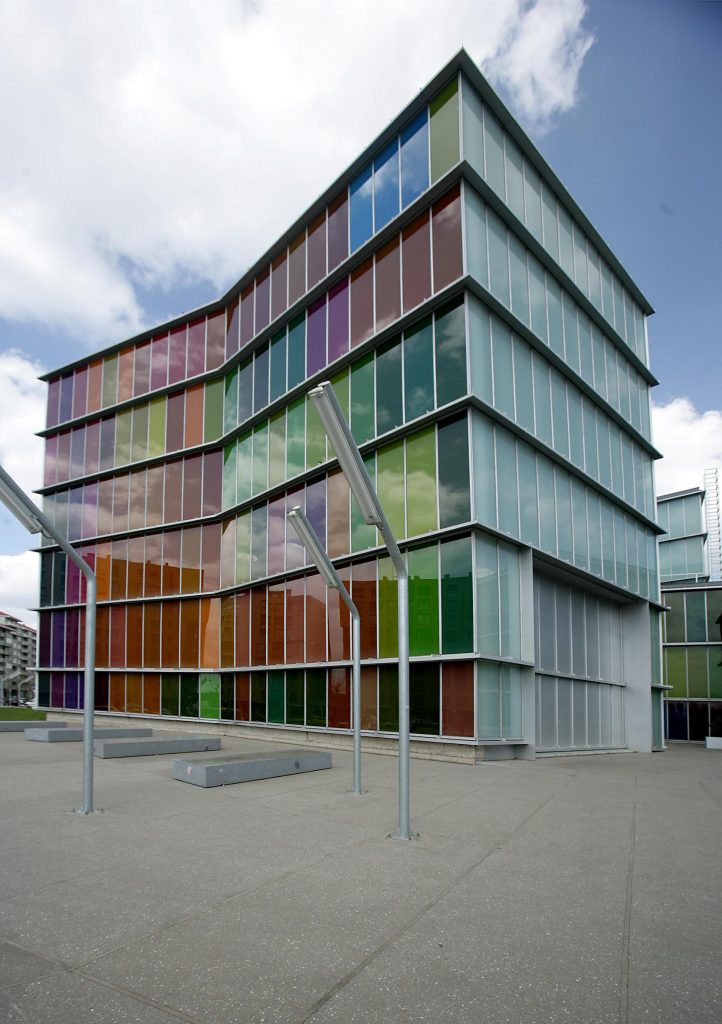 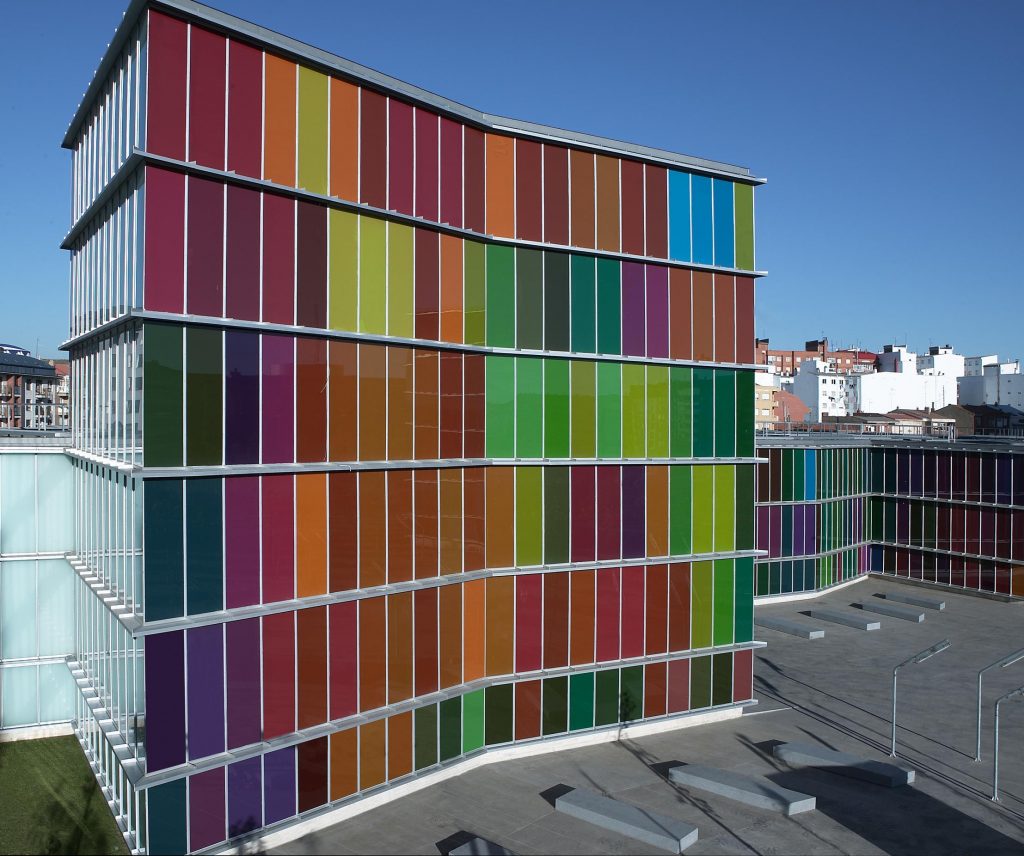 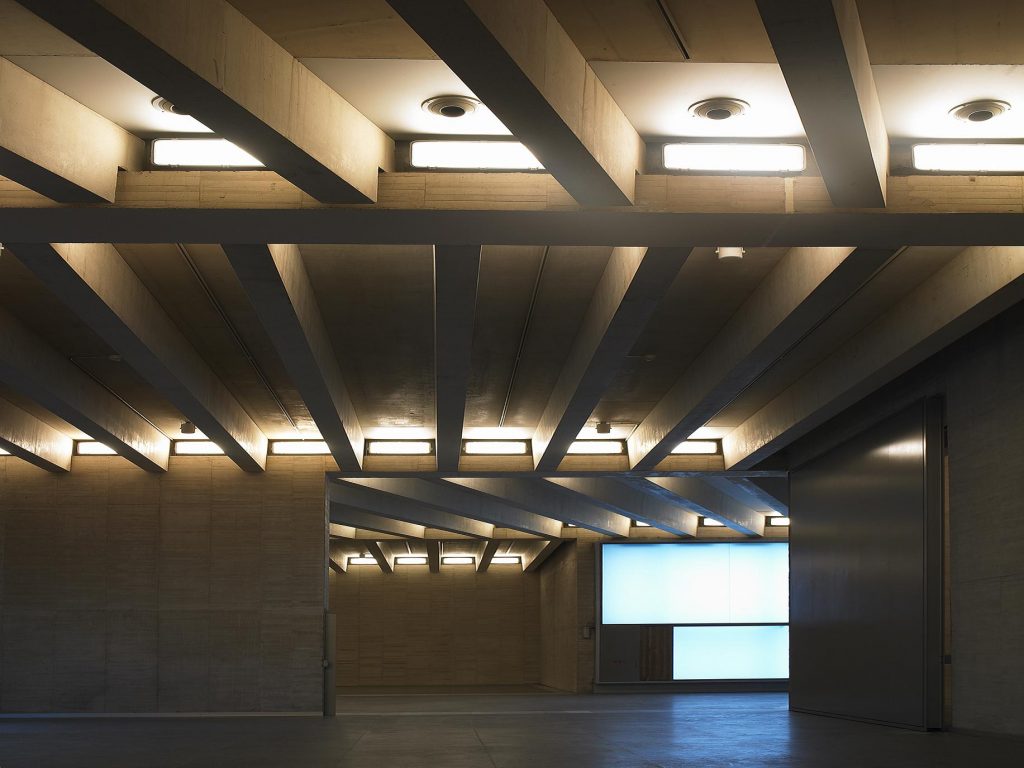 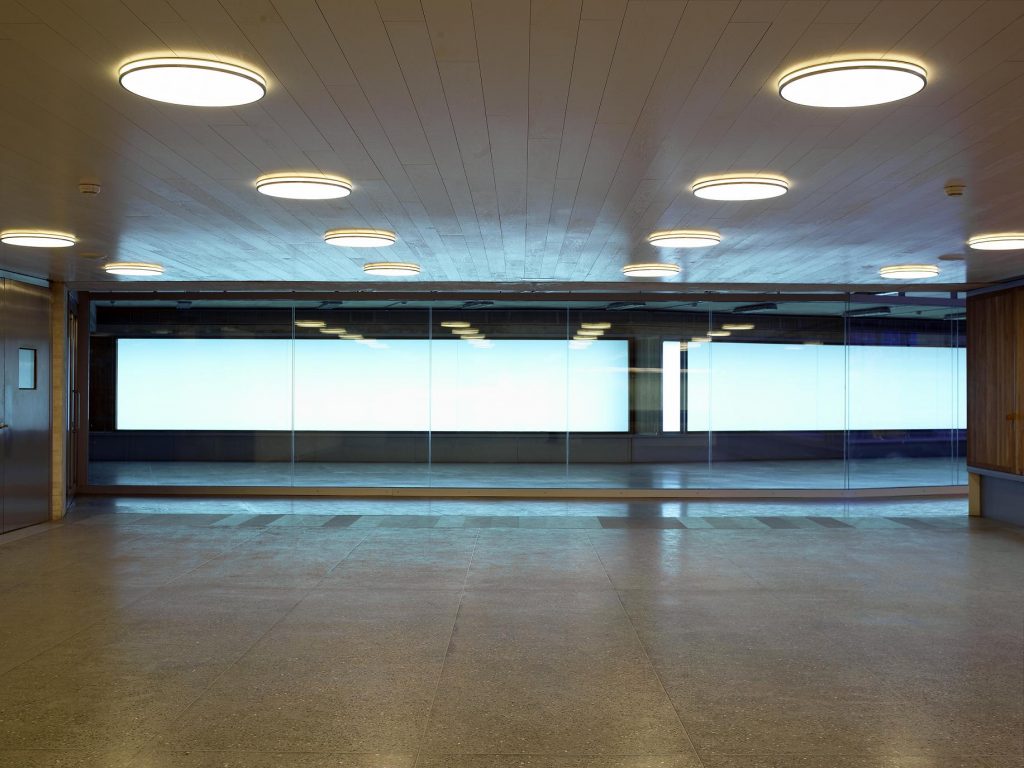 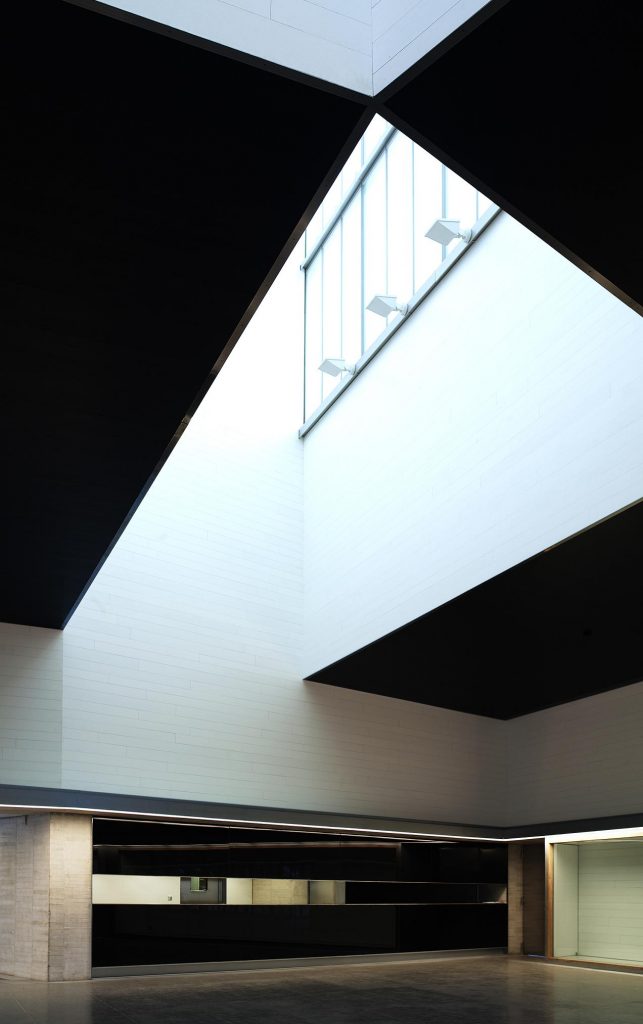 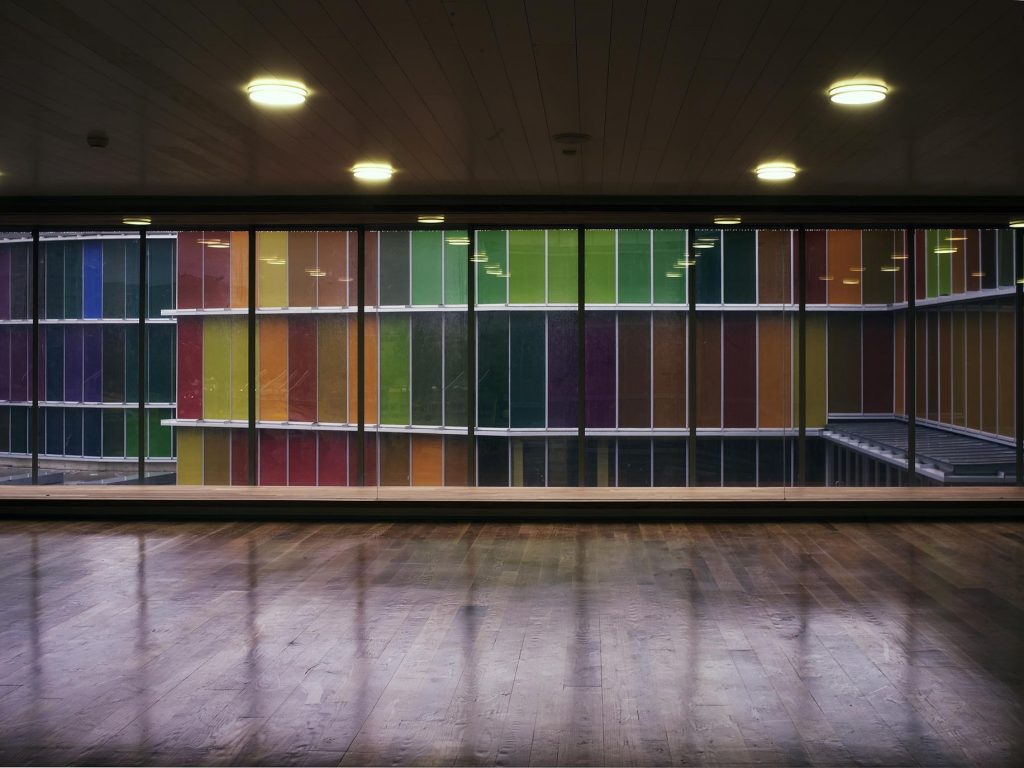 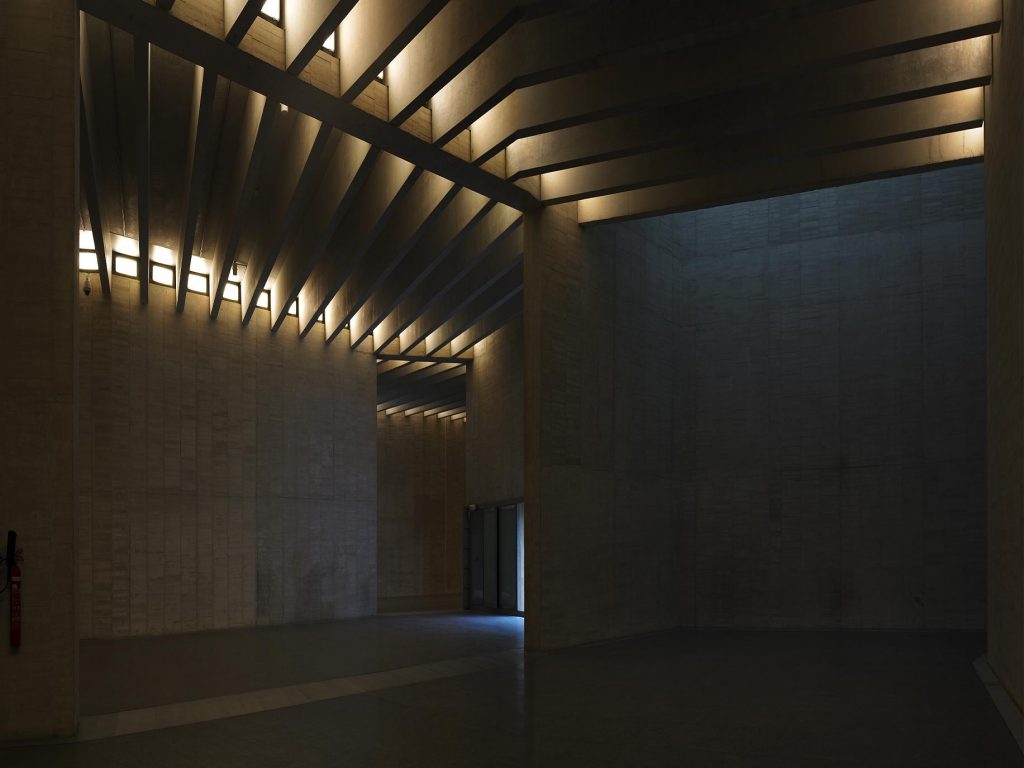