In 1993, a young couple instructed the Dutch architect Ben van Berkel design “a house that was recognized as a reference in terms of renewal of the architectural language.” After six years of work, the architect responded to the wishes of customers with a house that was based on studies of a German mathematician of the nineteenth century.

In addition to wanting a new architectural language, customers also looking for an intimate relationship with nature, as their two different professions allowed them to work at home and be able to spend time with their children. The site chosen was a meadow between Hayal in Het Gooi, a residential area close to Amsterdam.

Ben van Berkel found that the new architectural language that he was required was to be a direct consequence of the new type of life for its customers. The idea of two people going through their own paths but share certain times, possibly by exchanging their roles at certain points, was developed to reach materialize as the object built. The house had to weave the various stages of the individual activities of each family member in the same structure: work, sleep, socialize, family life, and even the time of loneliness that is needed to oneself. Consequently, the notion of time and duration were important concepts from the outset and, later, influence on the way of perceiving the house and its objects from different points of view.
The schema that contains these features was found in the Moebius strip, the diagram studied by the astrologer and mathematician August Ferdinand Möbius (1790-1868). The Moebius strip is the figure of 8 without a right or vice versa, without beginning or end.
Berkel from the projected Moebius strip a house that integrates the program, the movement and structure, all without seams. The movement through this loop built in concrete trace all the patterns of daily activity.

The property is structured in three levels, two studies in each of the ends of the house for their respective professions, three bedrooms, a meeting room, being, a kitchen, a storehouse and a greenhouse on the top, All these units are linked into the routine of time.
Low and elongated forms of housing, which are a result of stretching the structure to the maximum, in addition to the massive use of glass enclosures, is increasing linkages with the environment. The house takes aspects of the landscape and, from inside, residents are experiencing the idea of walking through the countryside.

The contortions and twists in the house beyond the mathematical diagram. Correspond to the movement that shaped by a new lifestyle characterized by the use of electronic systems at work. Ben van Berkel has managed to give an additional meaning to the diagram of the Moebius strip, a new symbolic value that corresponds with the increasingly blurred boundaries between home and work.

The structure of movement is transposed to the organization of the two main materials used for the construction of the house, glass and concrete move the facing each other and exchanged positions. The construction in particular is transformed into furniture and walls of glass walls become divisive. 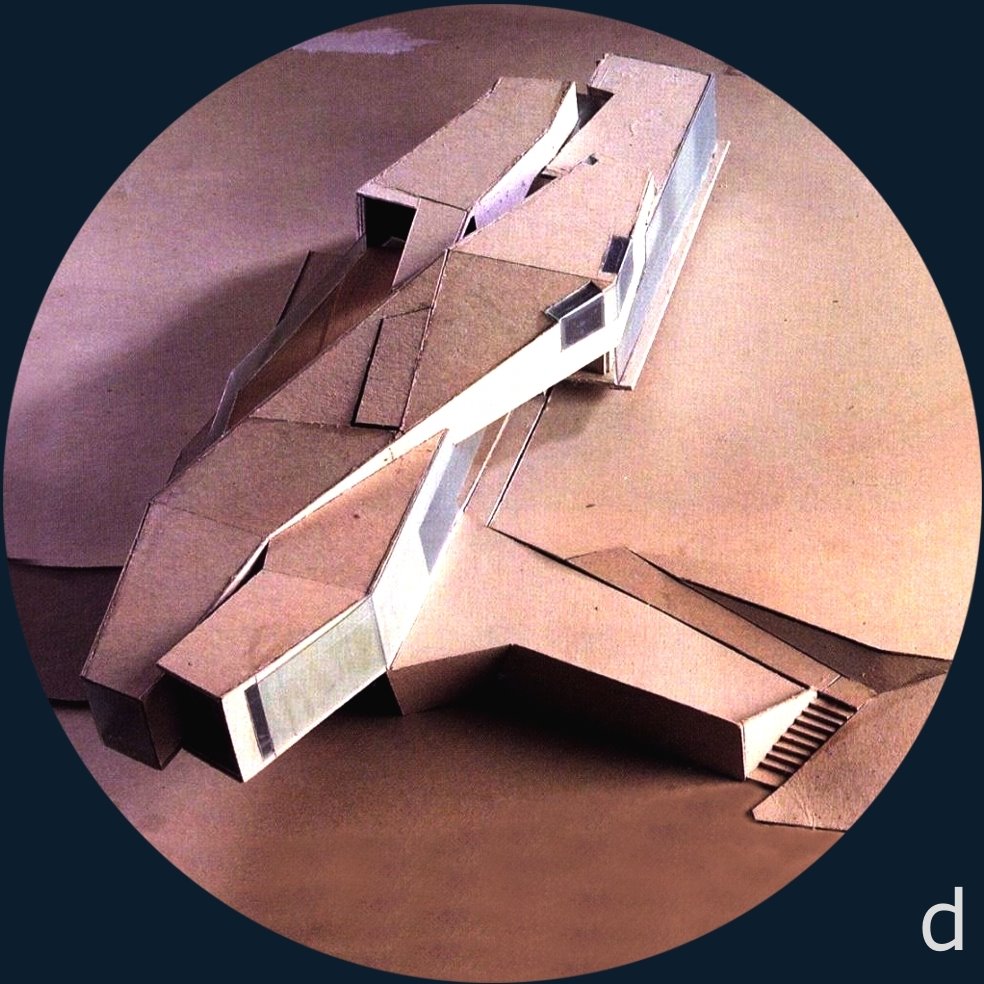 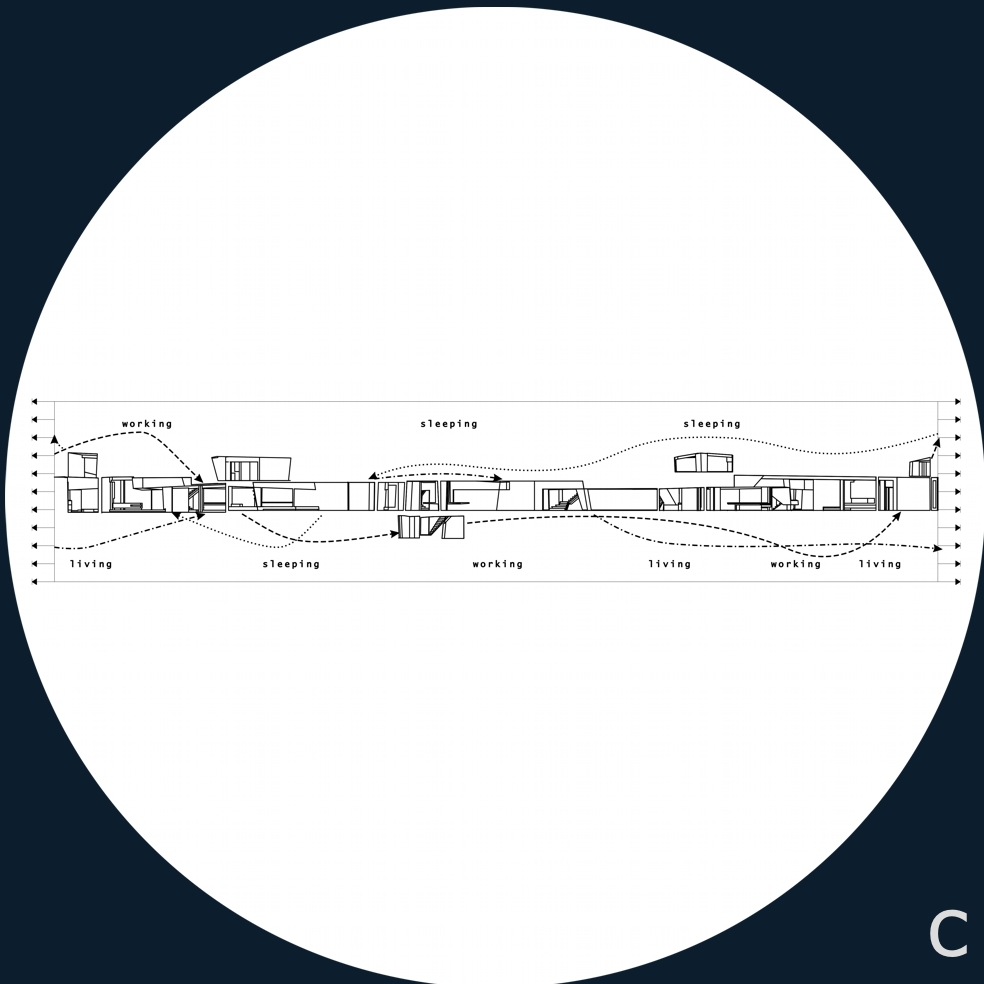 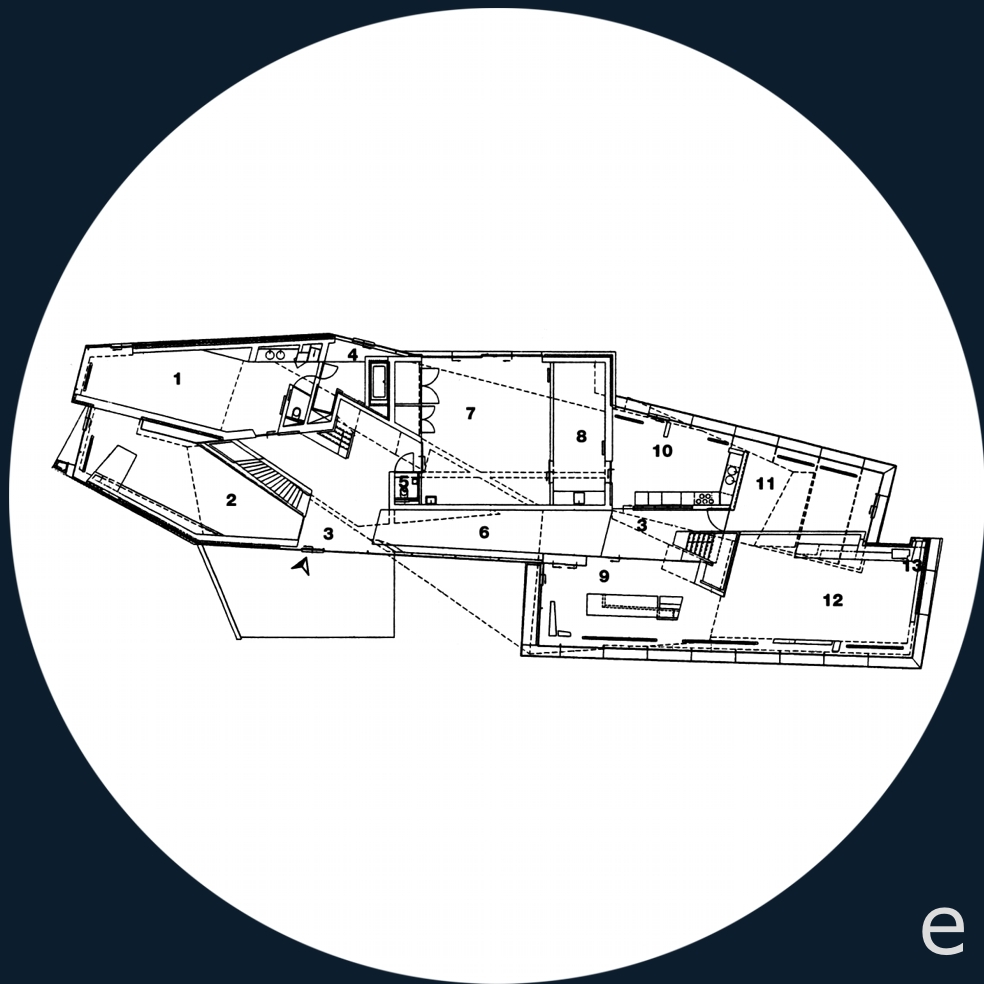 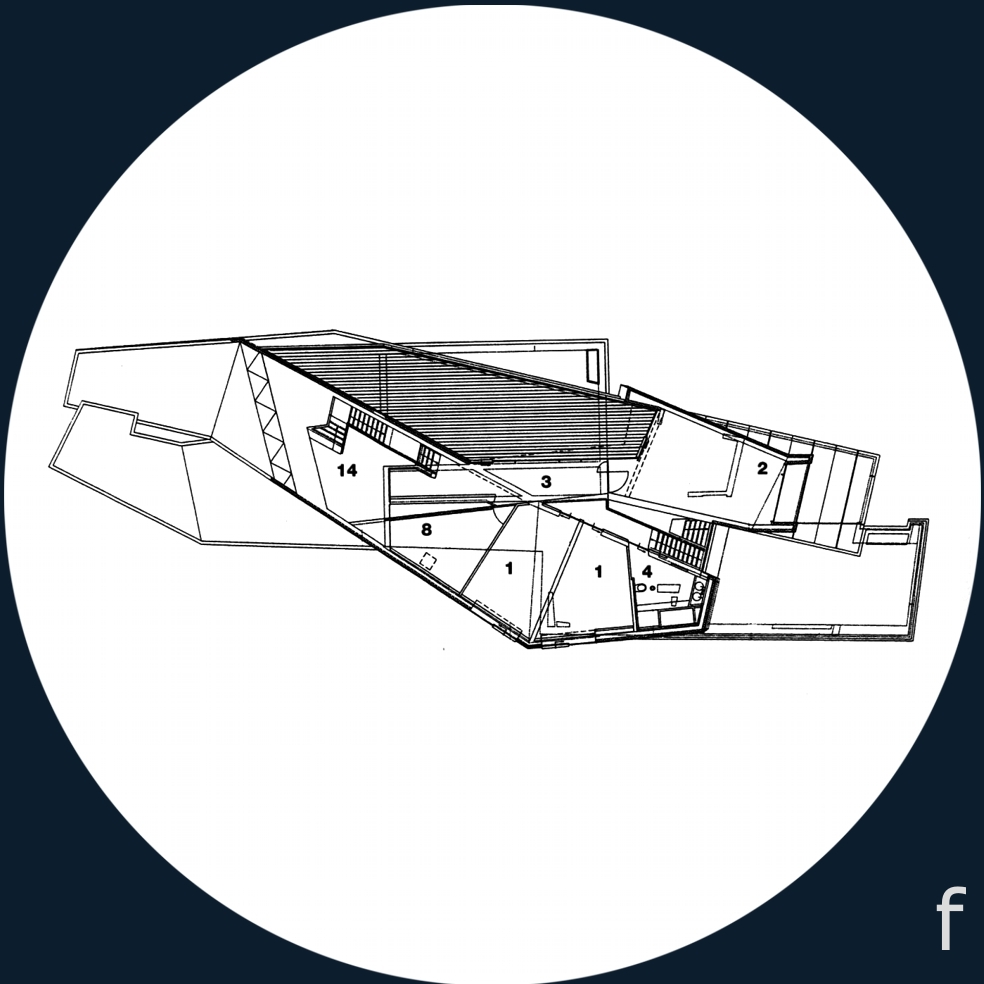 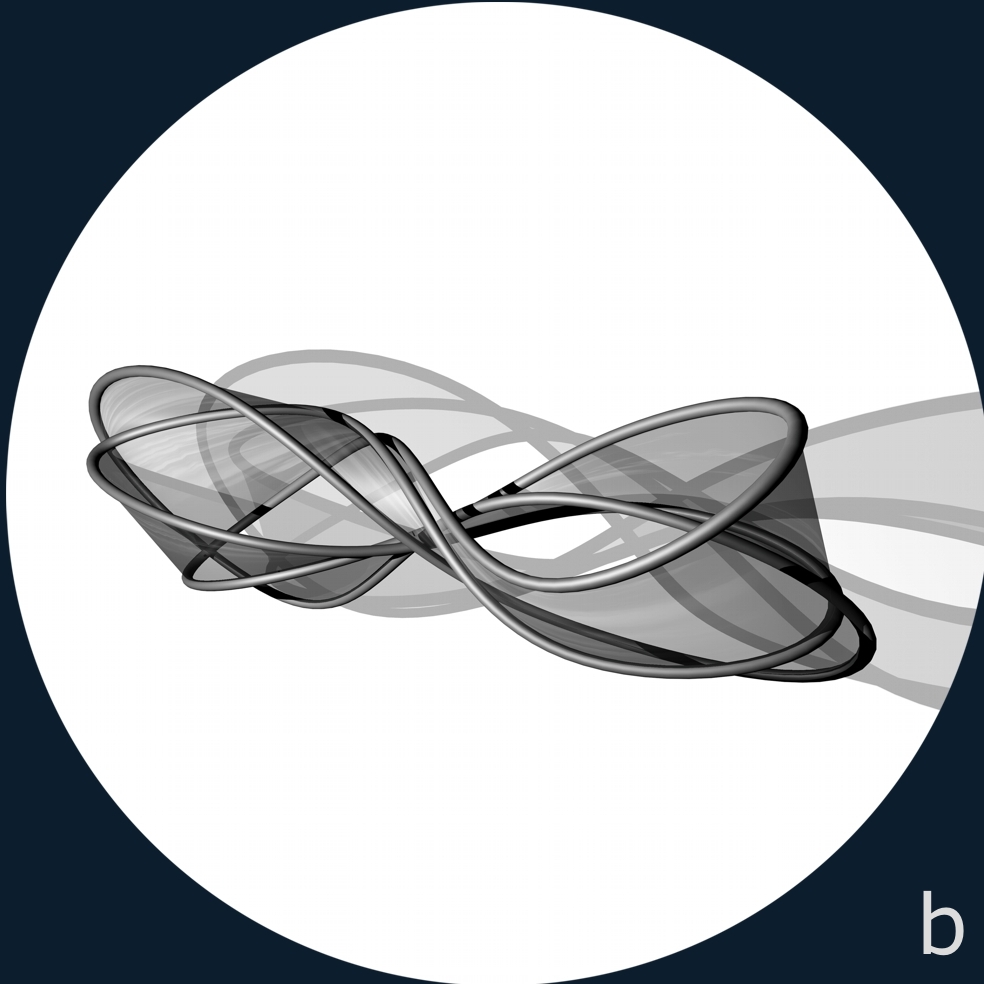 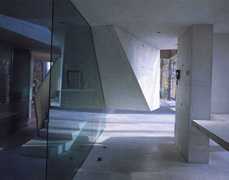 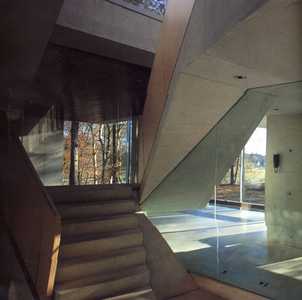 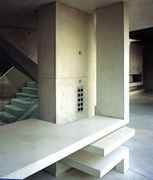 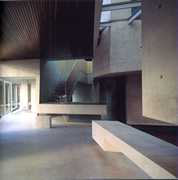 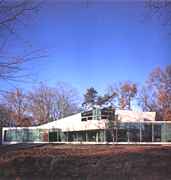 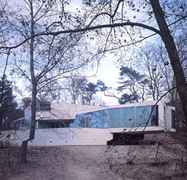 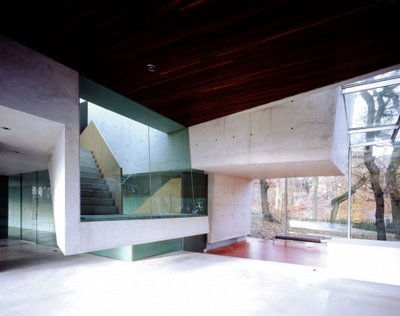 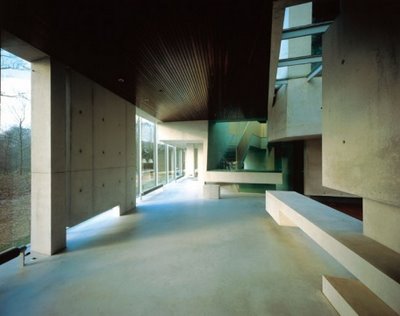 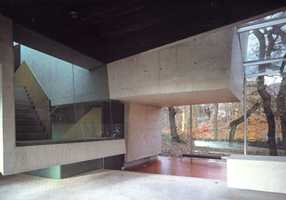