The pedestrian and cycle bridge Henderson Waves was commissioned by the Urban Development Authority (URA) of Singapore to open international winners convened in 2004, IJP Corporation and RSP Architects, Planners & Engineers, with the concept and design engineering according to the schemes proposed by Adams Kara Taylor of Constulting Civil and structural engineers.

The pedestrian bridge Henderson Wave, (亨德森 波浪 桥), gets its name from the resemblance of its form with a wave, but also recalls the undulating forms of a snake. The total length of the bridge is 274 feet, with 7 semicurvas alternating above and below the cover, being considered the highest footbridge Singapore. Its width is 8 meters and rises 36 meters above Henderson Road highway.

The Prime Minister of Singapore, Lee Hsien Loong officially opened the Henderson Wave Bridge on May 10, 2008. This impressive piece of public infrastructure is one of the three new “linkways” connections built by the Urban Redevelopment Authority in South Cordilleras.

It is located in the mountains of southern Singapore, in Southeast Asia, 36 meters above Henderson Road, a six-lane highway that runs through the south coast of the island state. From your platform you can get different perspectives of the city and landscapes characteristic of the south of the Republic and of the Heartlands, the sea and the central business district.
It was built to connect the hills of Mount Faber, Telok Blangah Hill and Kent Ridge Park, three parks offering nine miles of beautiful gardens.

The bridge takes its form by a constant change in the cross section and the curved plane, built from the same underlying mathematical principle. We identified a parametric equation that describes all variations of complex geometry, and this was the basis for fluid communication between information architecture and engineering.

The design concept of Henderson Waves is based on a three-dimensionally folded surface created by simple mathematics. Project engineer techniques of mathematics used to define simple and rigorous form. As a result the forms are curved, undulate, amounting to over twenty-one meters in one movement, and in the process also deforms to provide adequate output slope and scenic viewing to pedestrians and cyclists.

The bridge is designed from a single form comprising seven steel undulating curves composed of ribs which in turn, are raised above and below the deck. Generate small curved ribs shaped spaces that function as refuge niches seats inside.
Under each curve undulating shaped shell, above the deck, the seats are located, protecting the visitor can easily observe the surrounding landscape.

Two extend inclined roofs on both ends of the bridge, linking with existing streets and squares. The total length of the bridge is about 284 meters, and the elevation difference between high and low is equal to the full height of a block of flats on seven floors.

The main bridge structure has a series of steel arches and catenaries, or inverted arches, linked together and resting on concrete pylons. These towers, the highest reaches 38m, settle between waves at the point where the shape of the surface allows the self-intersection and narrows into a single beam.

The 1,500 square meters of timber deck which sits on top of the steel structure is the centerpiece of the project.
Complex parts, doubly curved, this large expanse of tropical hardwood, shape a tapestry of 5000 modular boards, each of which varies only one degree every 10 meters, with many conical measures.

The entire deck is supported by a steel subframe vibration dampers. The coordination between the steel and the wood became difficult. Using your own equations, architects and engineers issued precise numerical descriptions the surface at regular intervals of 500mm, and provided three-dimensional coordinates greatly helped to plan production in the manufacturer’s workshop wooden parts.

In the construction of the bridge has used steel and wood. Steel was necessary for the structure, while wood celebrates the beauty of natural forms.

Its roof and sides are covered with wooden slats yellow Balau wood found only in Southeast Asia, positioned along the 274 meters which occupies the deck and connected perfectly with the undulating forms of its steel frame. This unifies wood structure by means of the texture, color and tone of the finish. Another significant feature of this work of art, are the dimensions of the slats marking the height at which you meet along the bridge.

Because wood is the main material used in its construction, the National Parks Board, responsible for the maintenance of the structure, has forbidden, for safety reasons, smoking in the bridge

Artificial lighting is provided from LED’s that operate from 19:00 hrs. to 02:00 hrs., emphasizing undulating forms throughout the length of the bridge, filling thus a distinctive and unique glow in the area. 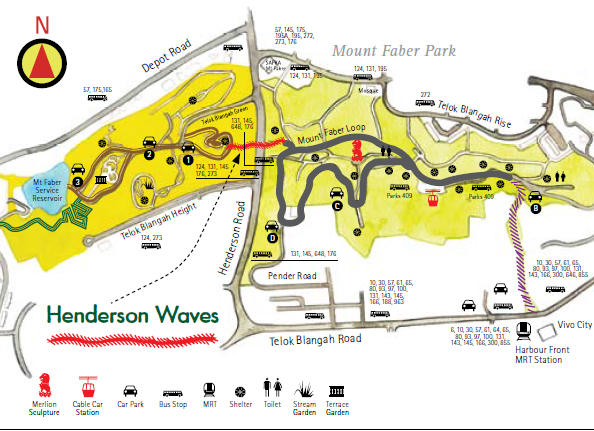 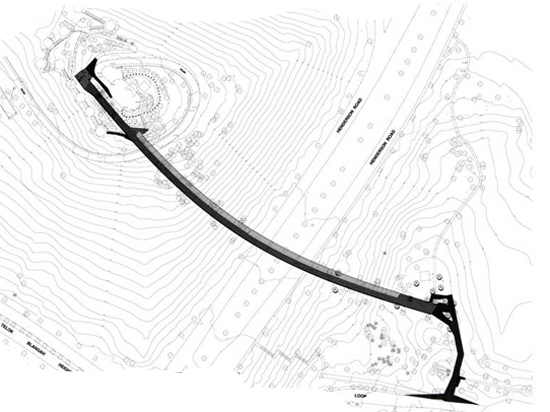 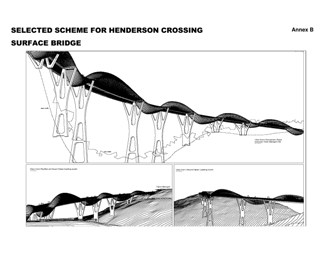 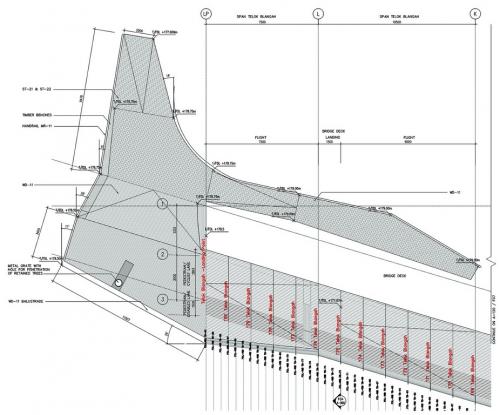 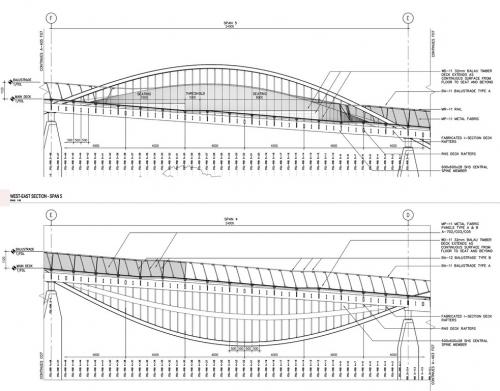 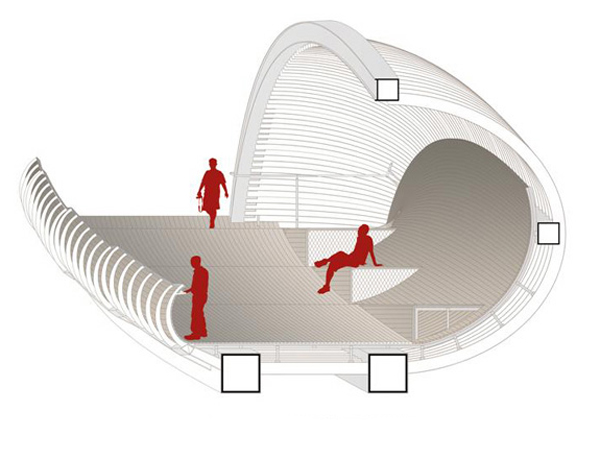 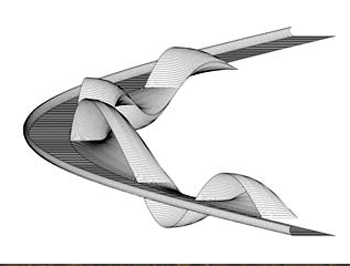 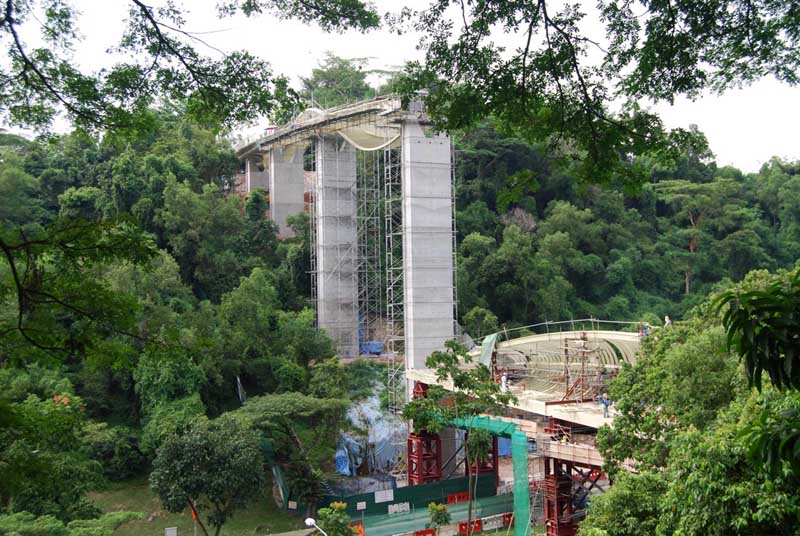 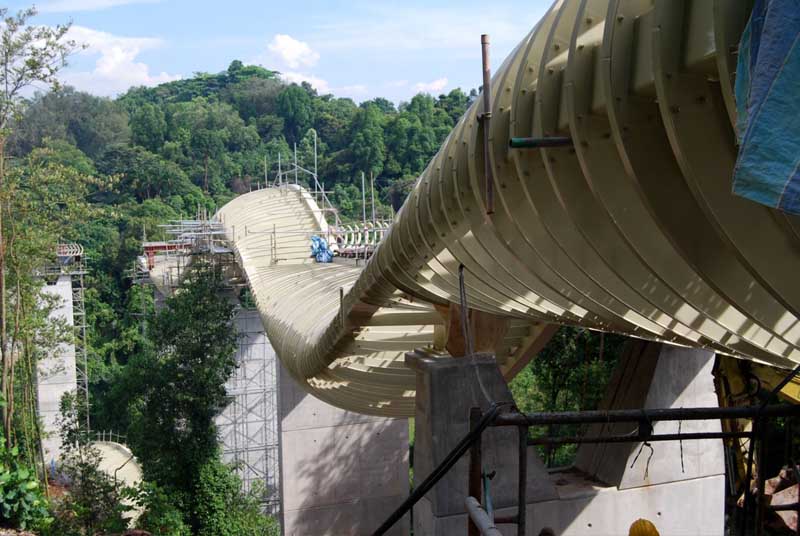 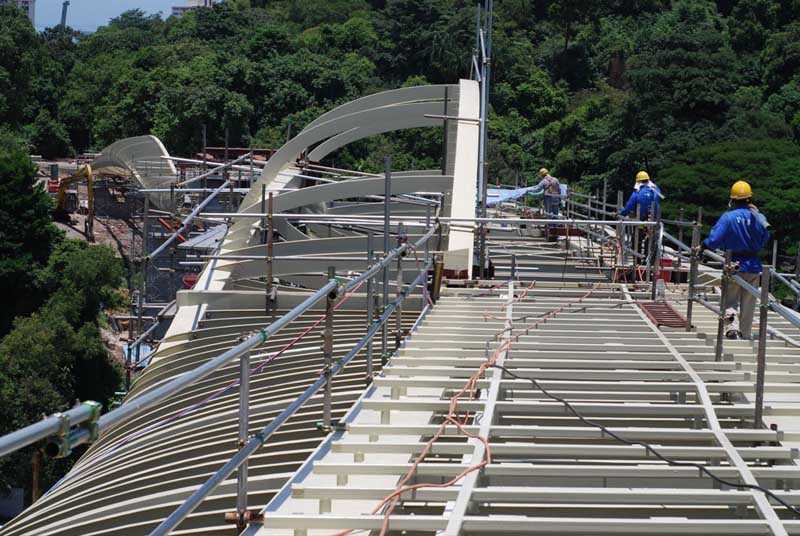 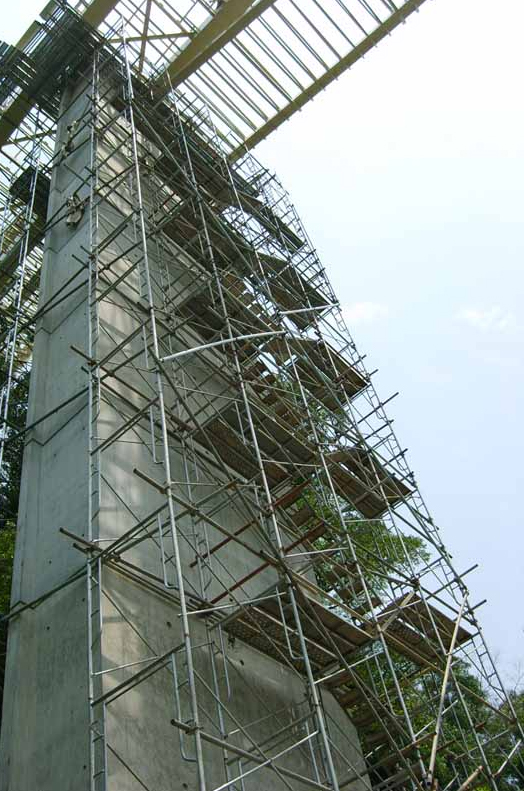 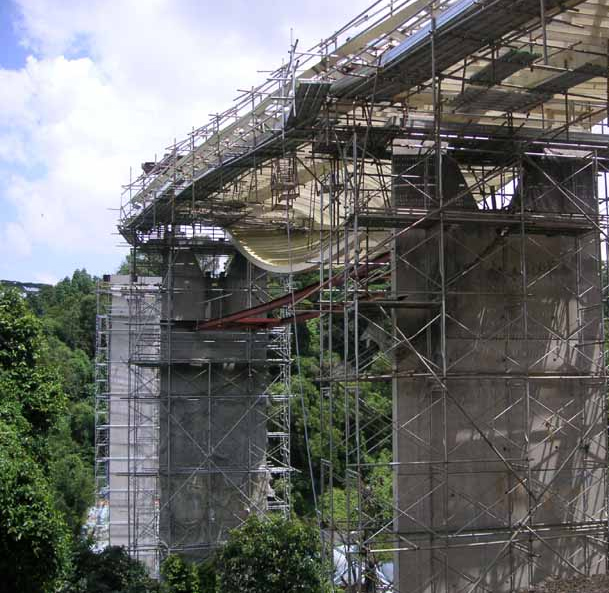 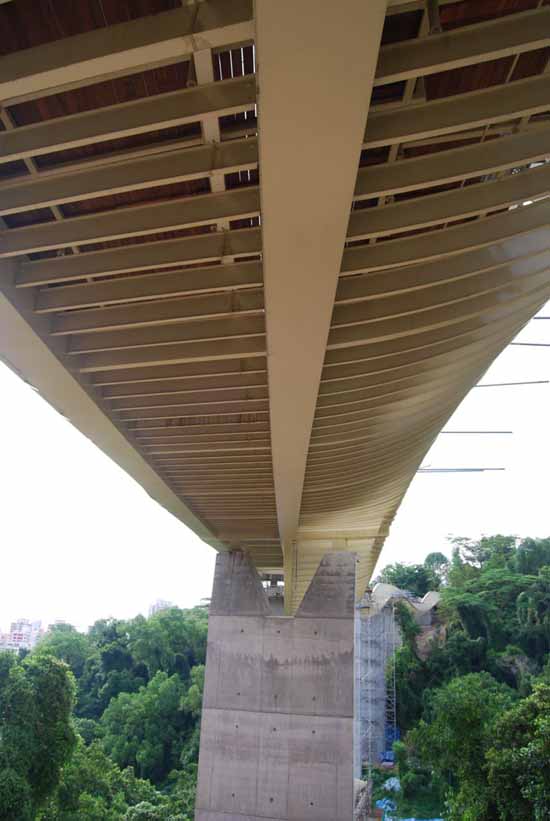 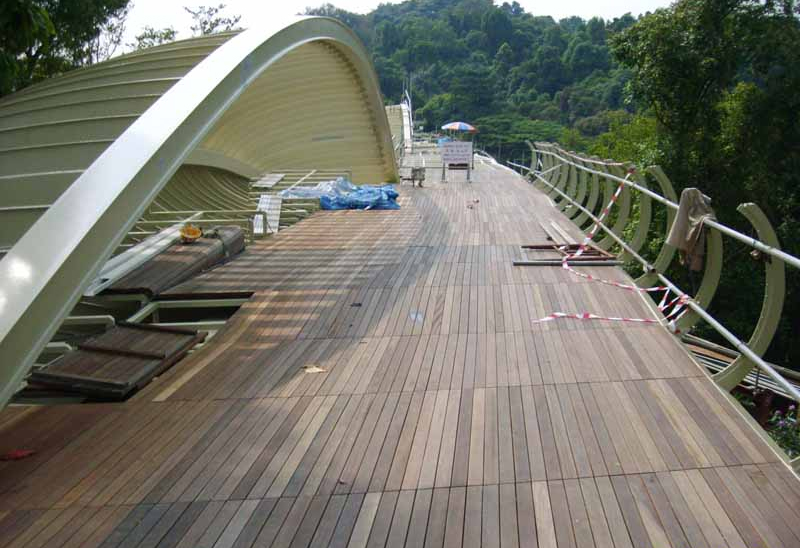 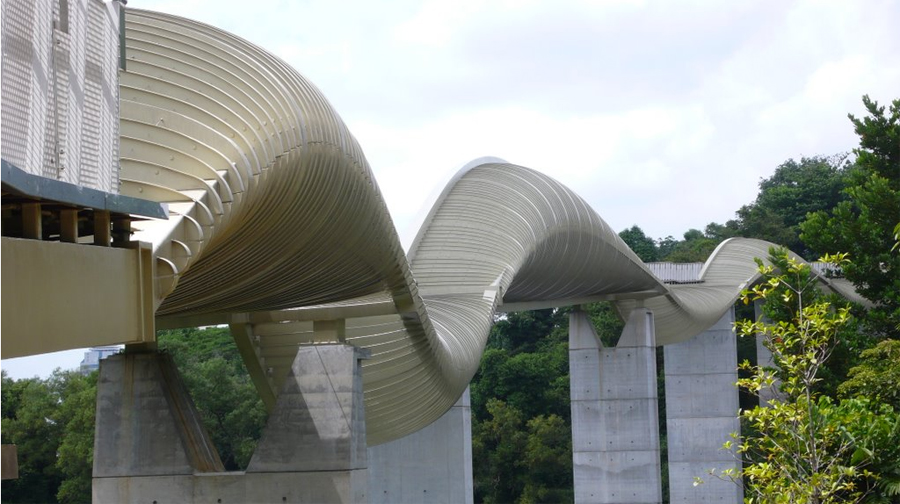 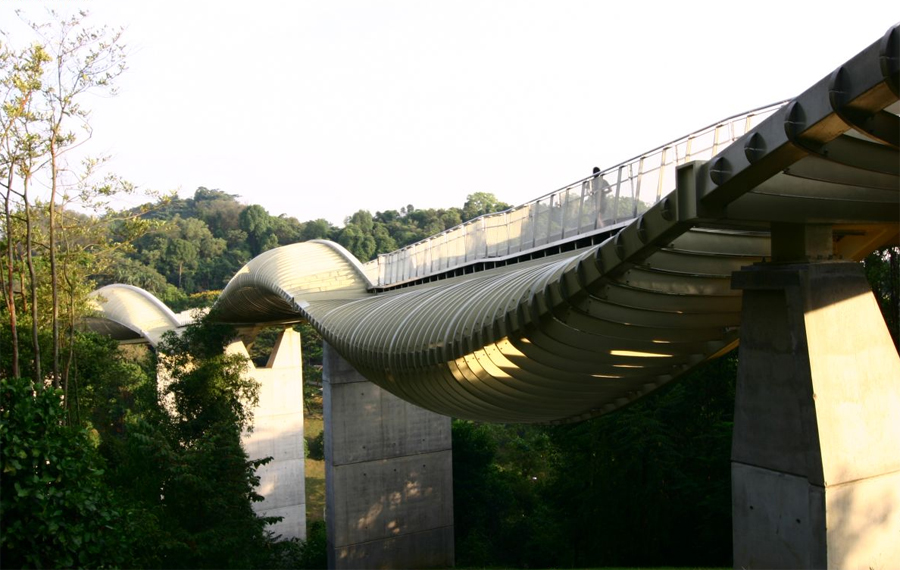 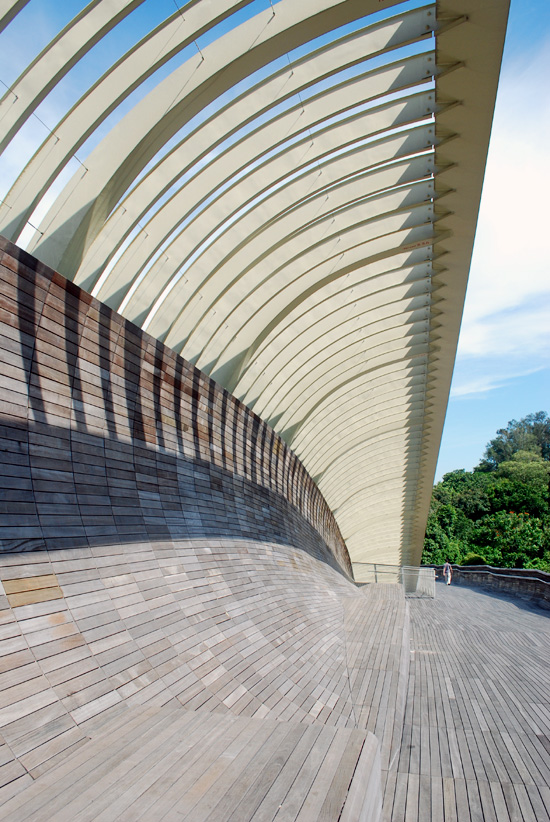 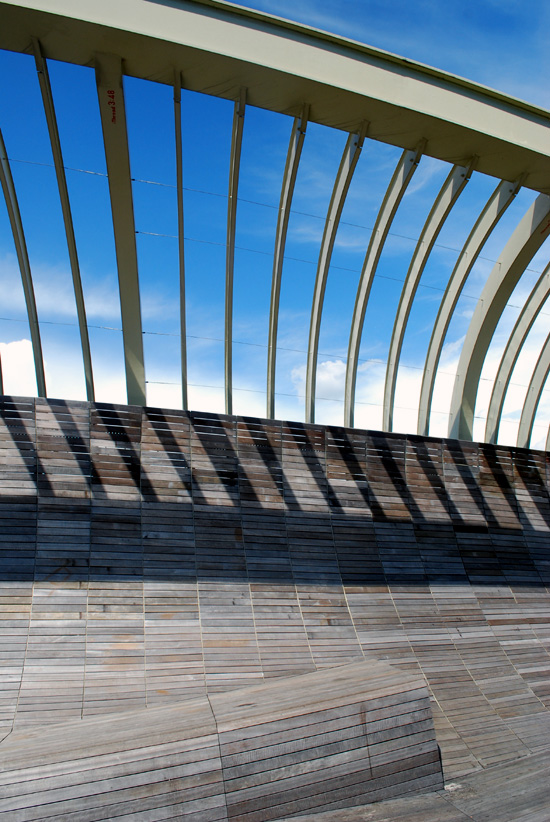 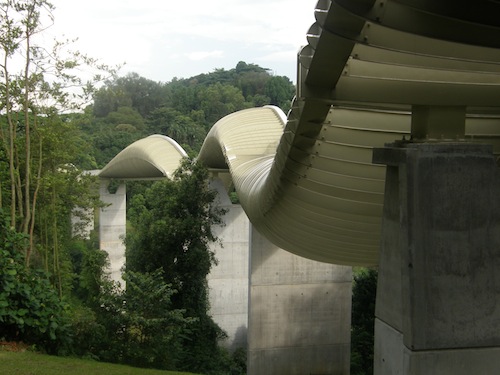 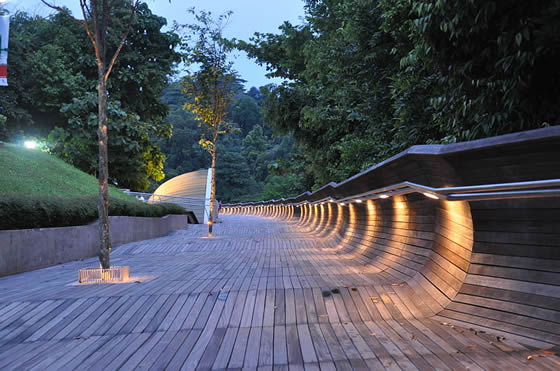 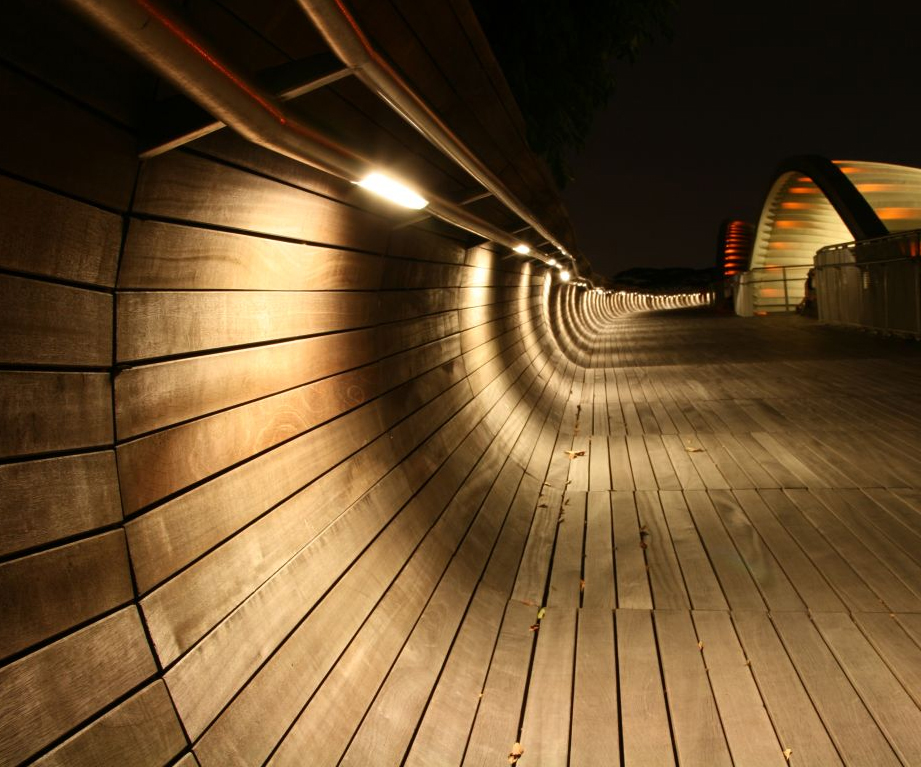 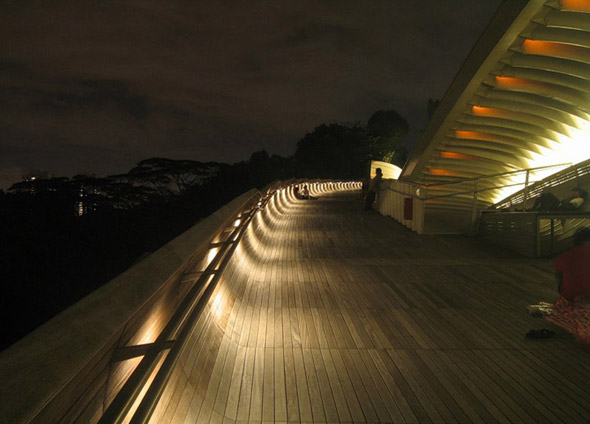 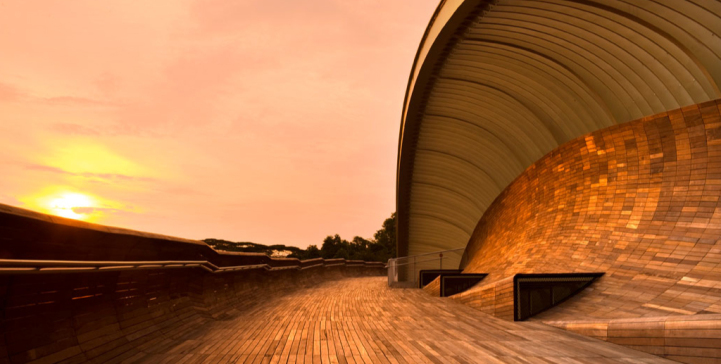 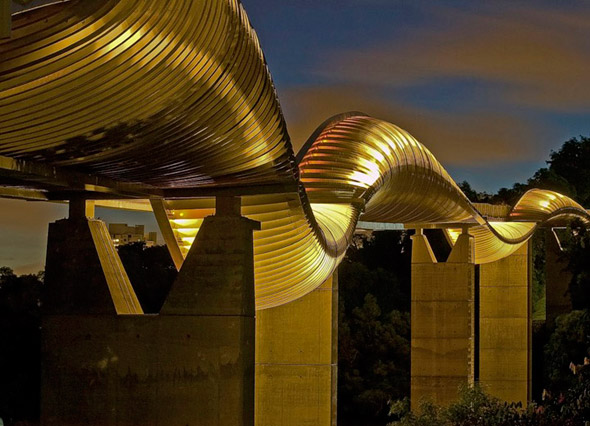 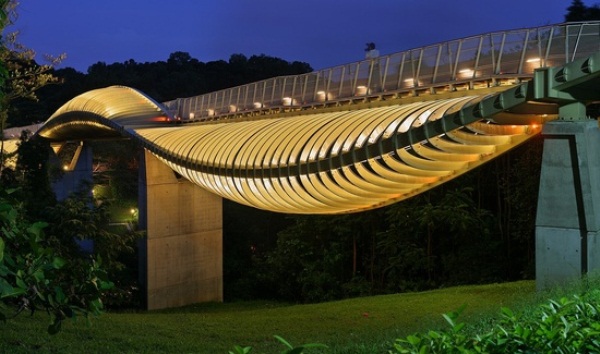 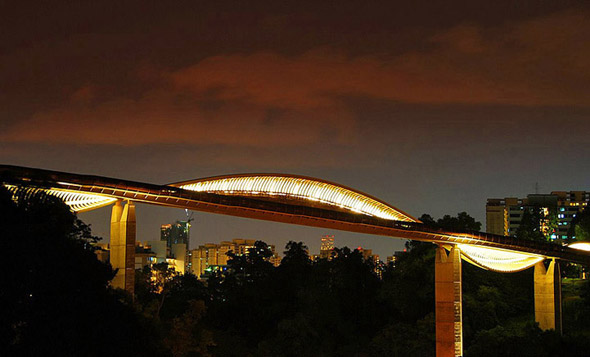 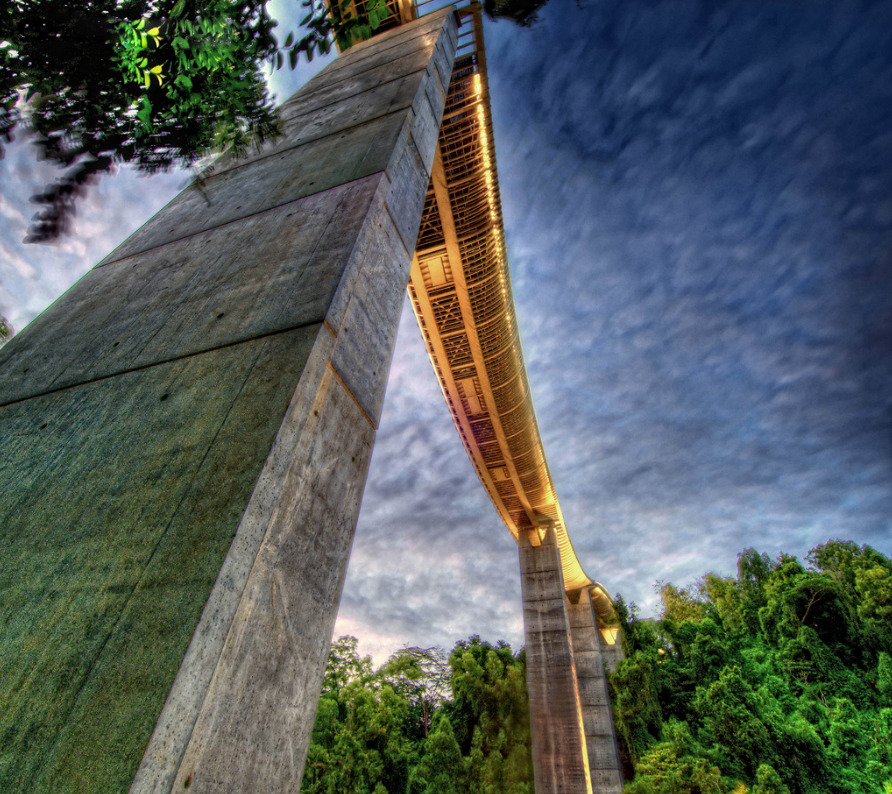 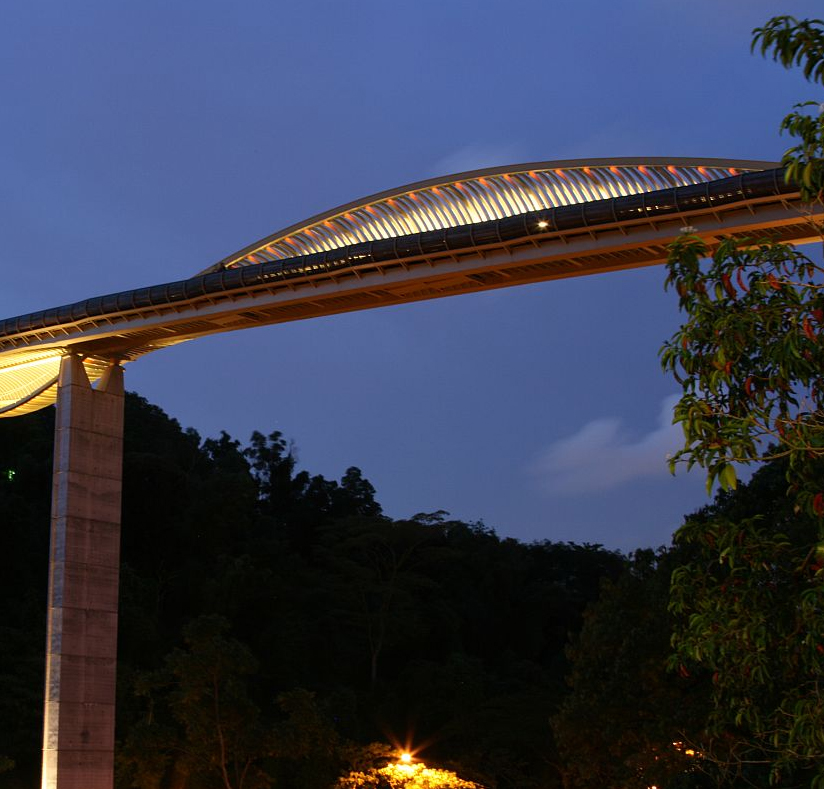 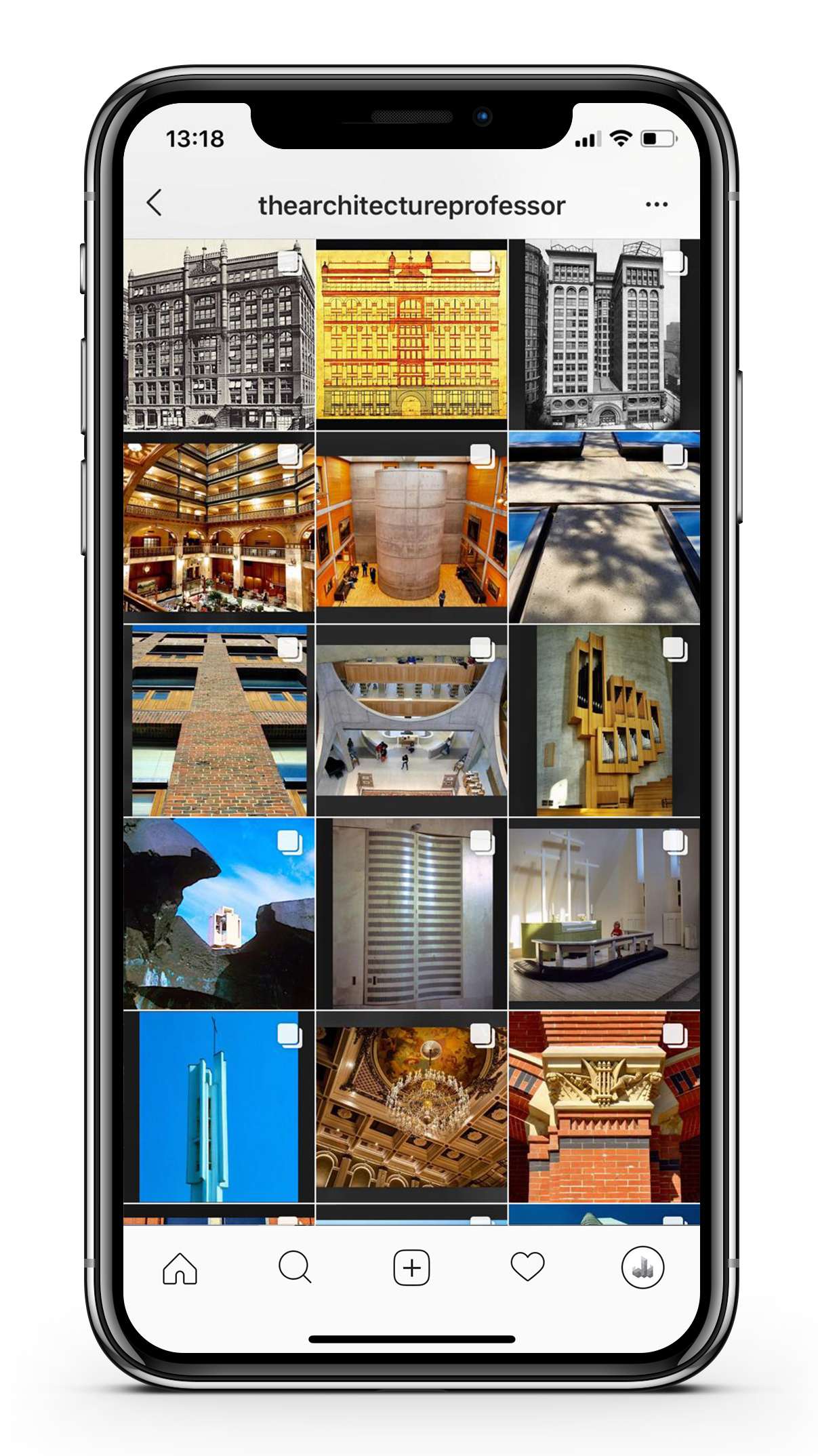 Want to learn a little bit of architecture history every day?